"Alien" and "Aliens" - An Analysis of Underlying Themes 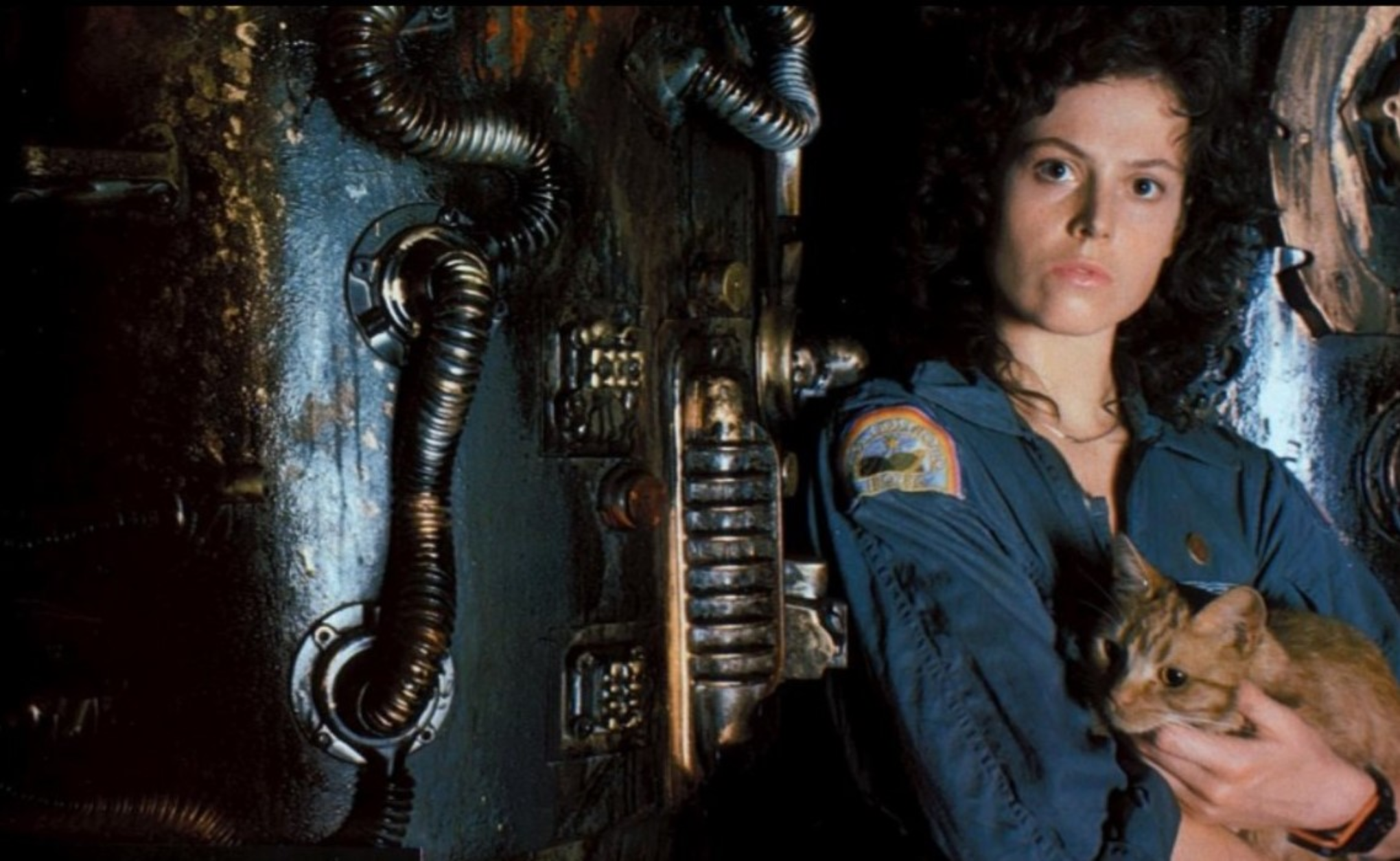 I vividly remember the first time I saw Alien. I was home sick from school, my dad, a software engineer, tasked with working from home in order to keep an eye on me though I was arguably a little too old to need a watchful eye. My dad set me up on the living room couch with plenty of blankets and pillows and, as he'd done a handful of times before, offered to put in a movie. These were usually special treats, movies I hadn't seen before that I couldn't watch while my younger siblings were home, with f-bombs and violence that my mom wouldn't have approved of. "Have you ever seen Alien?"

And so I sat, practically holding my breath for the entire 117 minute run-time, heart-pounding in my chest as the whir of those oh-so-memorable alarms thrummed through the surround-sound speaker system, as Sigourney Weaver fought her way to the escape pod, cat in hand, across the large screen of the TV. The impression the movie made on me extended far past this first lesson in the power of true suspense, and a recent re-watch had me considering the implications of the underlying themes that pervade across at least the first two (and to some, the ONLY two) movies.

*General spoiler alert although, if you're here, I can only assume it's because you've already seen both movies *

The first consideration is, of course, the fantastic character writing and development that went into the creation of Ripley's character. Aside from being one of my first cinematic lesbian awakenings, Ripley's character has always enamored me for her complexity and her contribution to one of the overall themes of both movies, one I affectionately like to call, "If they had listened to Ripley (and by proxy, not undermined her authority as a woman), they would have lived".

Although there are other factors that affect decisions made which lead to character deaths (corporate greed especially, more on that later), Ripley is the one telling the crew not to let the unknown specimen into the ship, is the first one to sense that Ash can't be trusted, is the first not to trust Burke, begs the everyone who will listen to trust her experience and stay away from or even destroy LV-426, the first to trust Newt and her sense of direction, knows how to lead a mission and how to direct a crew despite never starting the mission as captain, knows when to pull a crew out, and survives based on her knack for quick thinking and ingenious solutions, allowing herself space to panic internally as long as she continues to focus on the task at hand and seek solutions well after the average person would have given it up for good.

Ripley is also one of my favorite well-written female characters. Many "badass female character" archetypes carry the baggage of callous or detached behavior that may make them seem weak (a trope that is obviously not rooted in fact but is over-written nonetheless), but with Ripley, this is not the case. Neither is her entire personality based around nurturing, as is the inverse tendency.

Jones, the cat from the first movie, is a prime example. Ripley makes it a priority to get him off of the ship with her, but there is a moment when we're not sure if he'll make it, because it would have been a huge risk to her own safety and ultimately, she needed to get herself off of Nostromo alive. Newt, in the second movie, essentially becomes her charge in a role that is obviously slightly more impactful than that of caring for a cat in the face of an unknown and highly intelligent predatory foe (sorry Jones), and the things that Ripley does to protect her are incredible feats of a combination of daring, intelligence, and sheer love.

Another subversion of tropes that stuck out to me heavily during this re-watch was the fact that the three surviving crew members after Ash's true intentions come out are those that would usually die first in a traditional horror movie: a Black man and two women, both of different dispositions (and not in the sense of the final girl trope either). Aliens takes this even further by having the single "mom" and child survive, together.

One of the major themes that sets these movies apart from the general array of suspense/horror movies is the prevailing problem of corporate/human greed. In effect, neither of the first two movies would have occurred without this being the underlying theme, creating problems urged forward due to the unsafe, negligent, or purely selfish choices made by those acting on behalf of corporations more interested in money and power than in the survival of the humans in its charge.

This is first presented as a little bit of a joke, Parker ribbing for higher pay or more shares in a teasing dialogue, but it quickly becomes clear who/what are the priority and who/what aren't, especially when you consider this in the context of the Nostromo crew being essentially blue-collar union workers at the mercy of a corrupt establishment and being sent into clear and present danger for the sake of financial and property gain, a commentary that speaks even to America today.

Despite all of this corruption, the human spirit of perseverance and adventure drives some of the key parts of the film as well. John Hurt's character is in awe of what they find at the location of the transmission, and in the second movie, it's implied that the colony on LV-426 was composed of those seeking to expand and explore new regions of space. The downfalls in both of these situations are, of course, the unwillingness of the corporation and those involved to follow quarantine procedures designed to keep the crew safe, or subverting normal lines of communication to give unauthorized and knowingly dangerous orders without explanation, exploiting in both case the natural sense of human curiosity that has both helped and harmed humanity across the span of history.

The last point that I want to touch on is the constant underestimation of other life forms by most of the humans in the two movies. There is a line in Aliens in which one of the crew implies that the creatures cannot be smart enough to cut power, because they're "just animals". This aligns with a greater overlying tendency by humanity to assume that we are the most intelligent creature in any given space, and Ripley, as one of the few who do recognize the creatures' greater intelligence, is also one of the few who continues to survive.

There is much more to be said about these movies, from the ingenuity involved in creating such suspense and nuance to the iconic nature of everything from Nostromo's self-destruct alarms to the eerie alien infrastructure, from the fear generated by creating a monster that we never fully see, to the genius prosthetics and set design that happen behind-the scenes. I will not drag it all out here, but I will say this: though this franchise has expanded widely over the years, nothing can compare to the undeniable complexity and fascination of what has become one of my favorite movies of all time.