The Portuguese Man O’ War is well-known as a beautiful but dangerous creature which sometimes can be seen on the shores and in the waters off Azores.

The Portuguese man o’ war is often called a jellyfish, but is actually a species of siphonophore, a group of animals that are closely related to jellyfish. It is absolutely alien-looking.

Where does the name come from?
The name comes from the shape of the sail which, when it is inflated, looks like an 18th Century Portuguese battle ship.

The tentacles of the man-of-war can hang down in the water 50 meters – very hard to avoid for an unsuspecting fish. They are covered in venom-filled nematocysts used to paralyze and kill fish and other small creatures. Their long purple tentacles can give a painful sting which in extremely rare cases can be fatal.

!! The best way to treat a sting is to wash the area in vinegar before removing the tentacles with tweezers and then bathing the affected area in warm water of about 45 degrees for 45 minutes. !!

Found mostly in tropical and subtropical seas, men o' war are propelled by winds and ocean currents alone, and sometimes float in legions of 1,000 or more.

It is a decidedly punk-rock sea creature.
Unfortunatelytheir numbers may grow due to climate change.

It's truly amazing how Azores fascinates you.

Stay awesome and Hive on!!💪💪 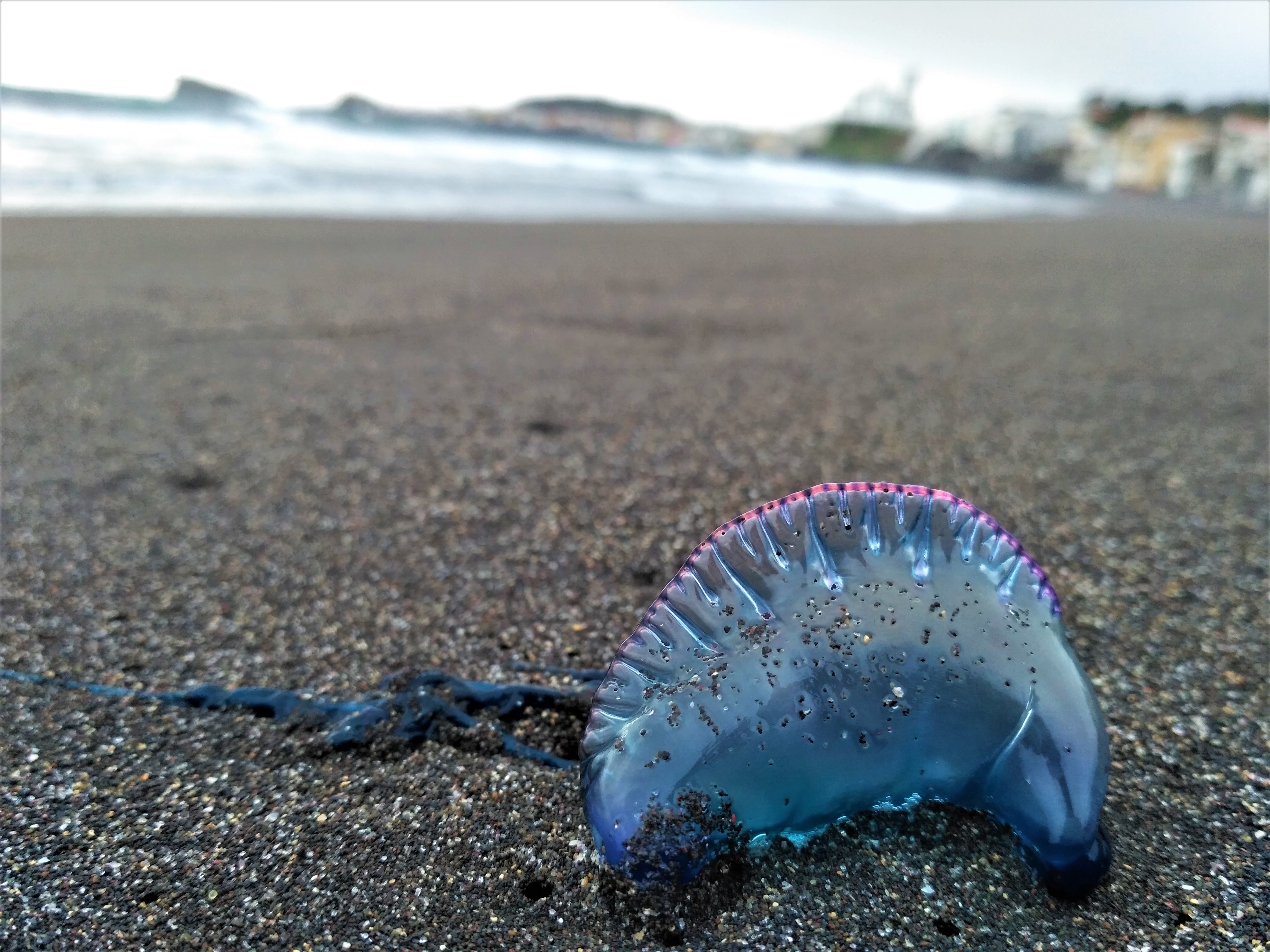 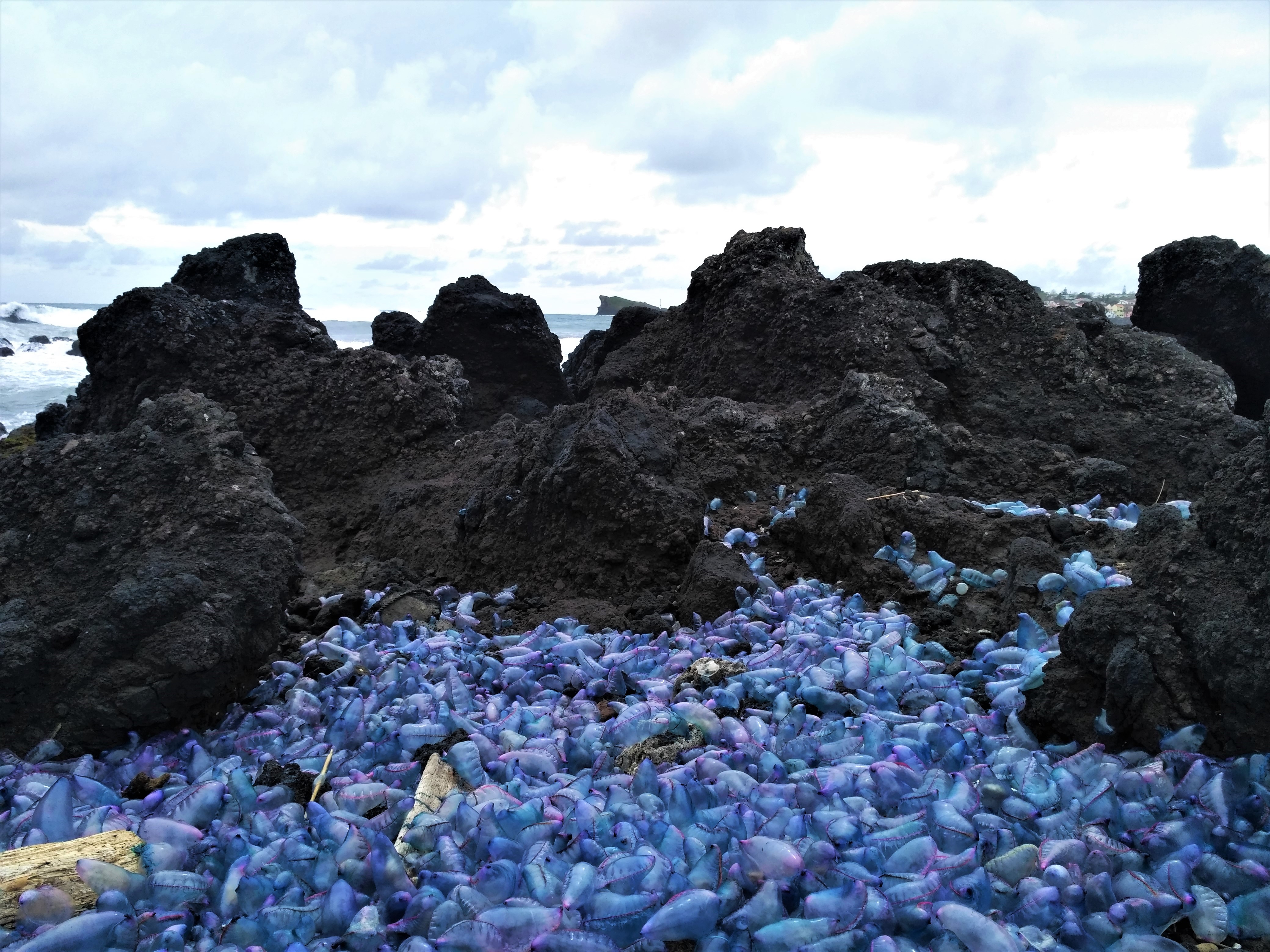 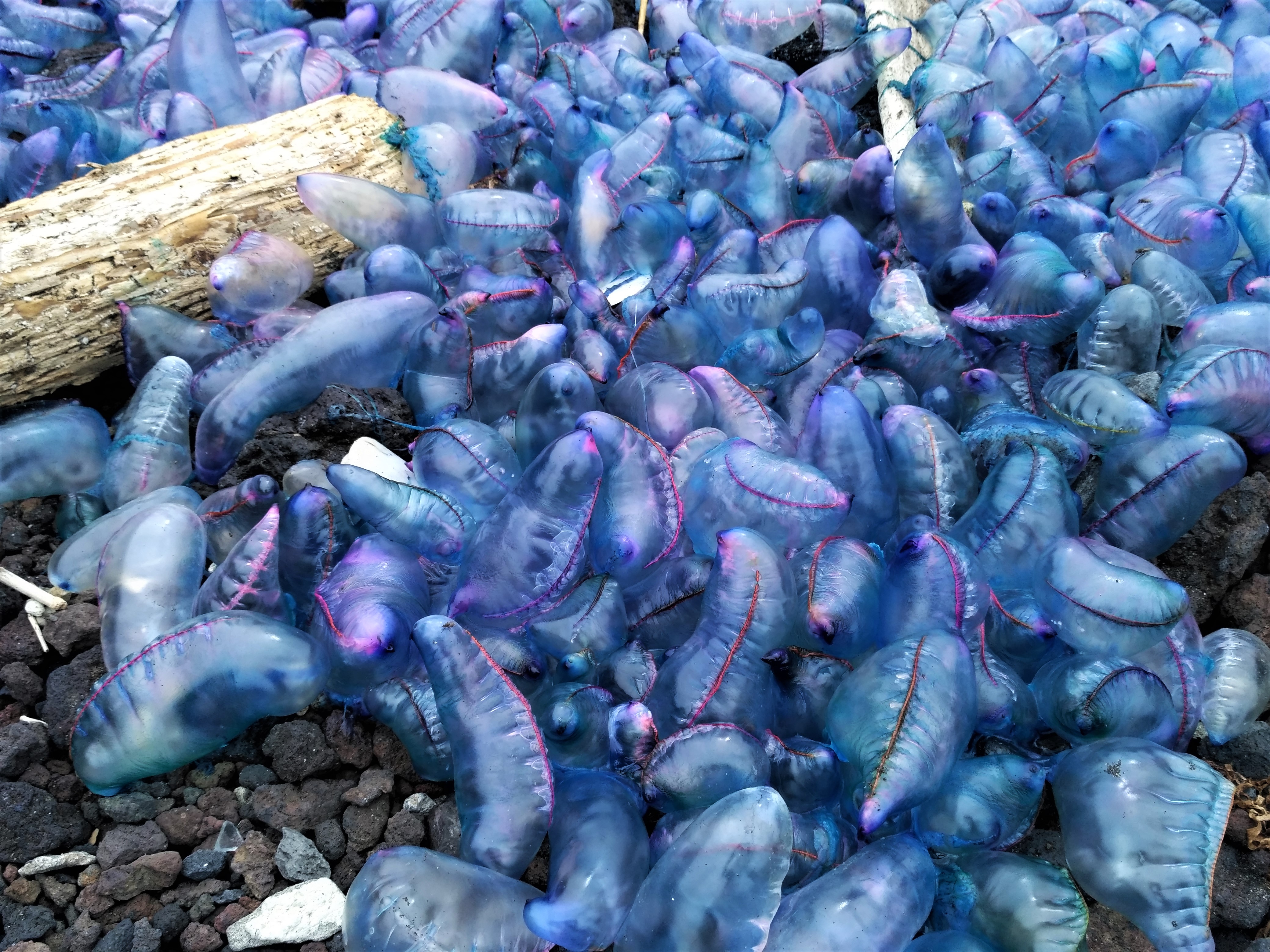 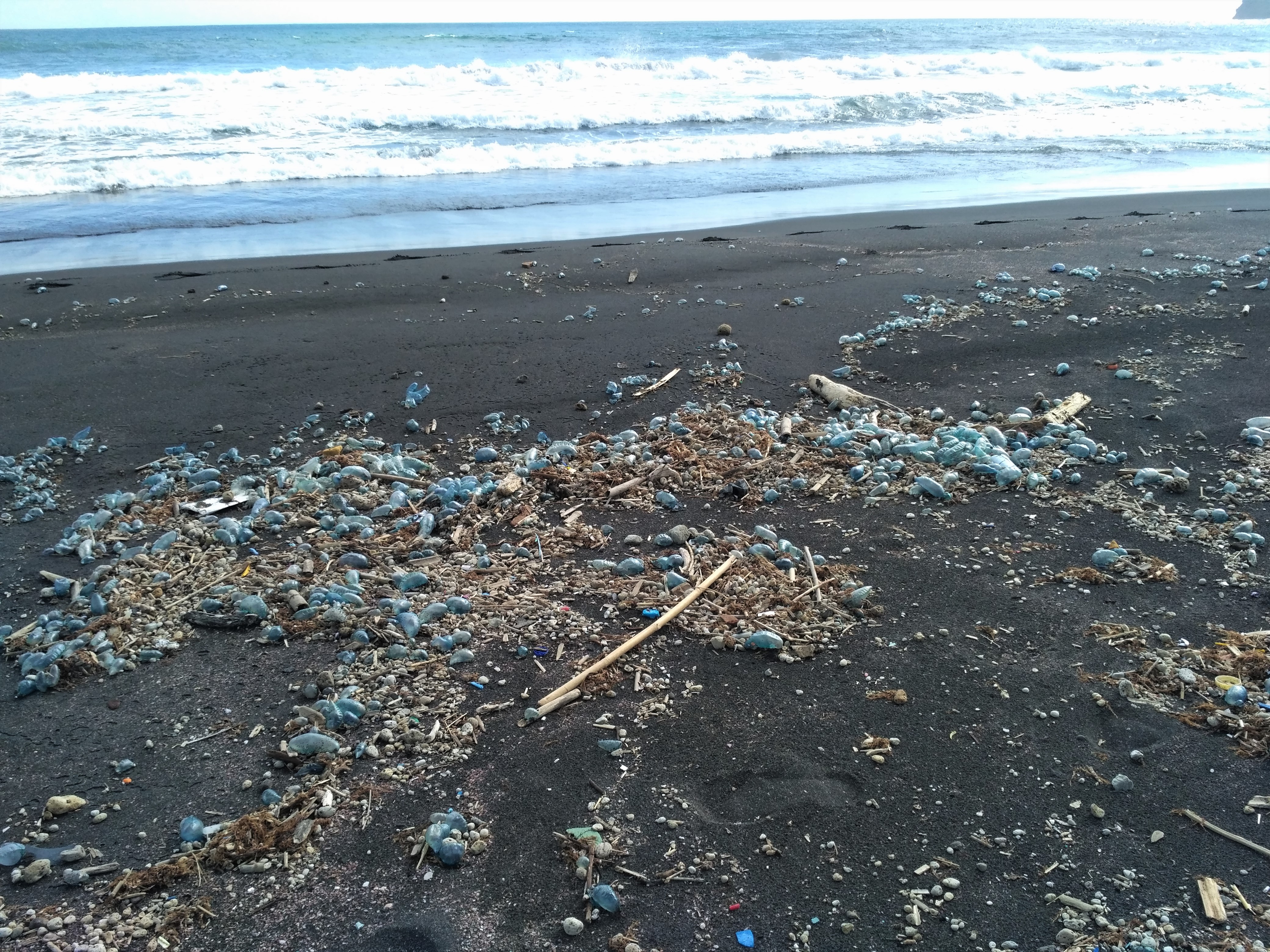 Ok these are many. We’ve them regularly here in Australia but never so many of them.

Ripples and tides brought them, be careful, the tentacles remain a threat to bare feet long after the animal has dried up and is no longer alive...

wow that is a lot of them. Beautiful colored little things!

Beautiful but very dangerous!
Have a great upcoming weekend, Sara:)

Hey @liltammy, here is a little bit of BEER from @jjprac for you. Enjoy it!