uniquetattoos (25)in #armband • 2 months ago

The armband. Recently, this once popular tattoo style has been making quite a comeback on the arms of gentlemen across the globe.

Traditional tribal armband tattoos weren't the only way to distinguish men's roles among a group of people thousands of years ago. Truth be told, their purpose often had different meanings, as well as materials.

As recently as the Bronze Age, armbands were made from bronze and jet, a minor gemstone formed from petrifying wood under tremendous pressure. At the time, the metal band went by the name "arm ring".

Still, Kandyan drummers in Sri Lanka will display arm rings in celebration of a centuries-old tradition, despite the passage of time. Throughout Sri Lankan history, we find stories of brides wearing armlets to ward off bad luck.

The medieval knight wore scarves or kerchiefs around his arm to show his emotional commitment to his lady during jousting. If you've ever wondered where the phrase "wear your heart on your sleeve" comes from, now you know.

Tattoos with solid black armbands traditionally represent the loss of a loved one. Black signifies mourning and death. In a sense, this shape is like wearing a sleeve that wears the memory of the deceased. Because you will carry and honor that memory for the rest of your life, this effect is powerful for permanent band tattoos. One band is often tattooed for every loss.

A solid armband tattoo can also signify strength and luck, though on a less grim note. When a tattoo is worn on the bicep, it accentuates the strength and size of a woman's or man's muscular curve. Boldness of the design certainly draws attention, and can help motivate wearers to stay fit.

Armband tattoos are very popular today. For some, these tattoos are a connection to the indigenous roots of their culture. Native Americans and their descendants may wear armbands that incorporate traditional symbols such as arrows, feathers, and dream catchers to honor their heritage. Other individuals may wear tribal armband tattoos without any apparent cultural significance.

Tribal armband tattoos have gained popularity as they are aesthetically pleasing. 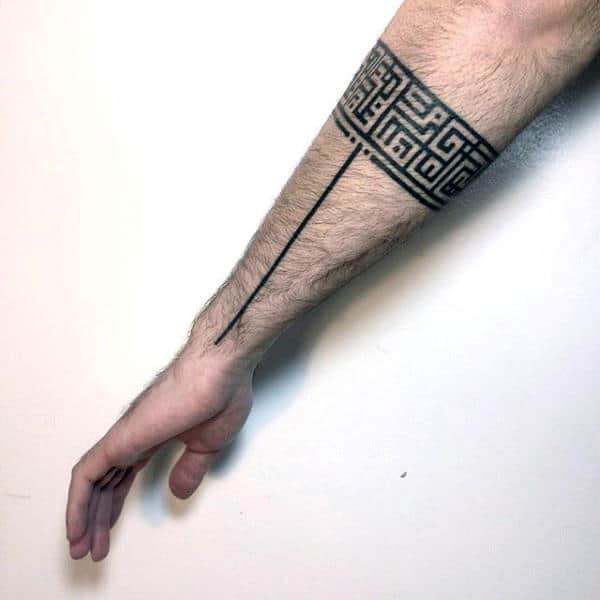 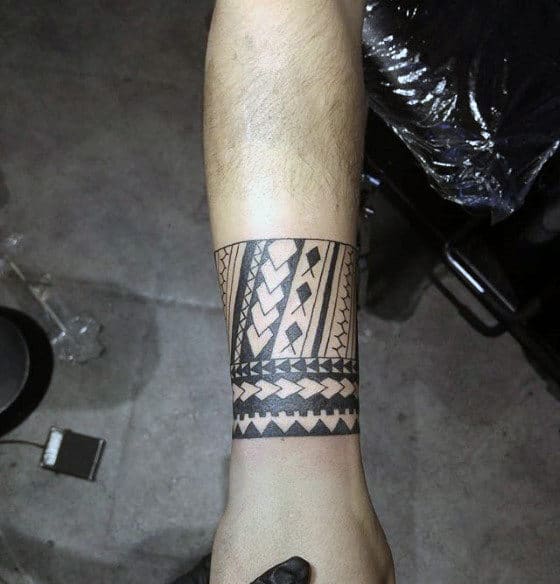 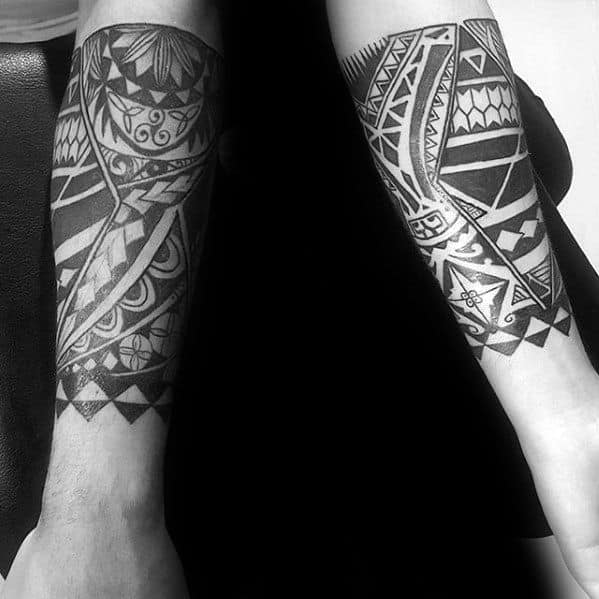 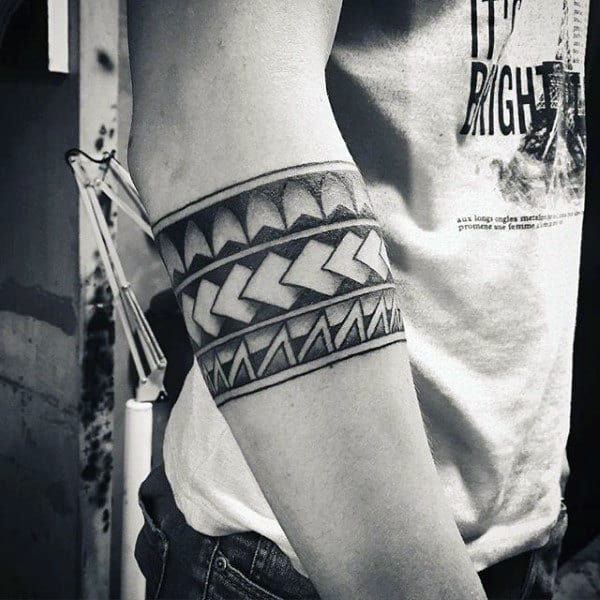 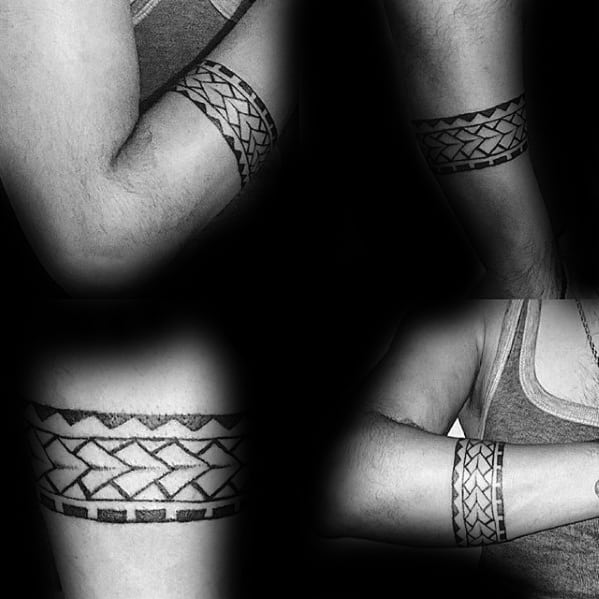 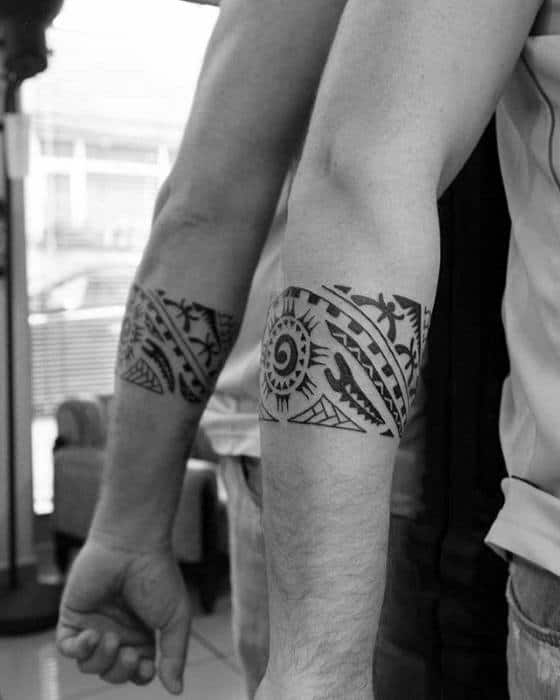 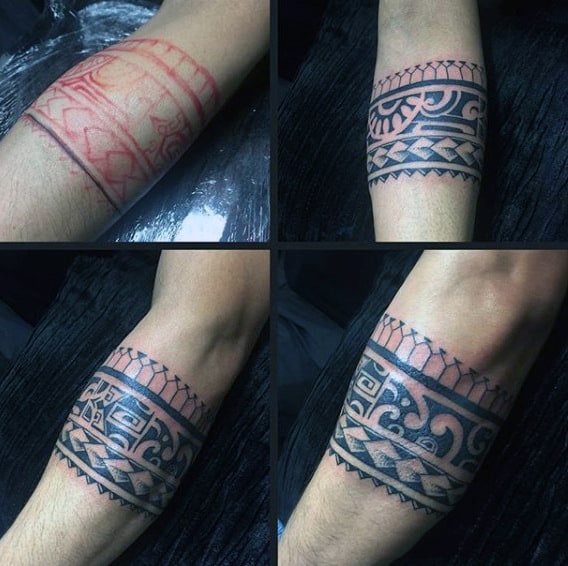 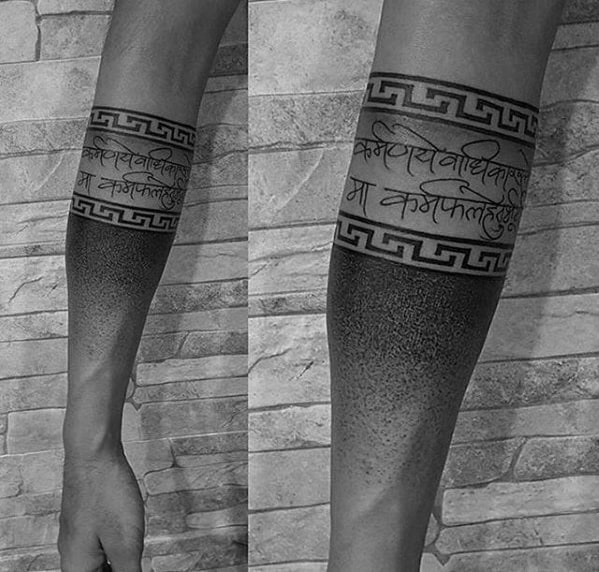 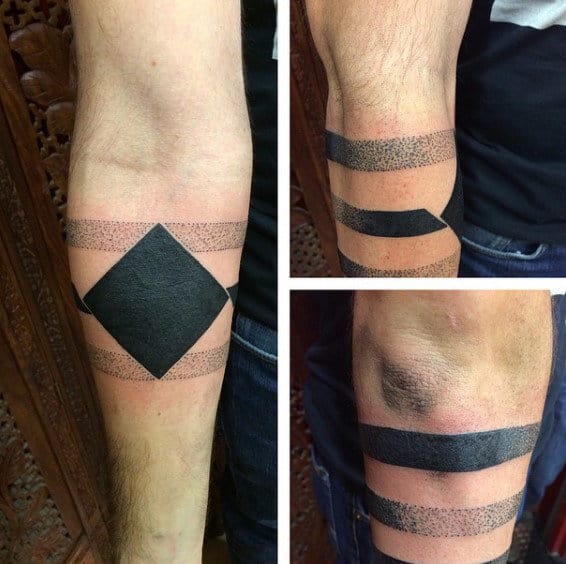 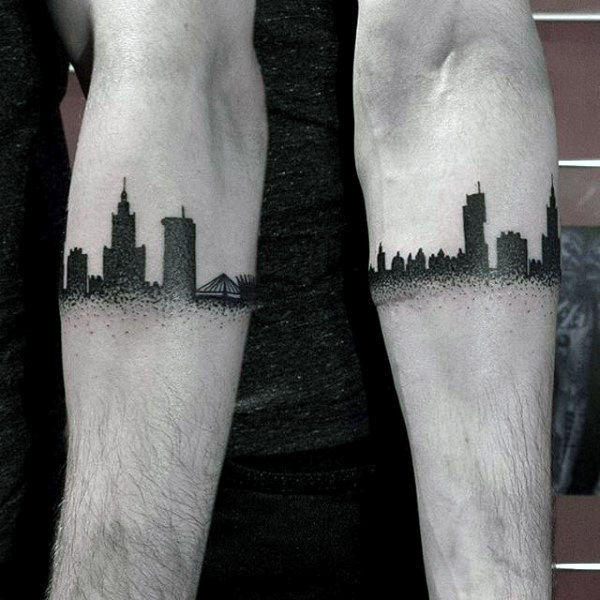 What did the armbands symbolize?
In some cultures, a black armband signifies that the wearer is in mourning or wishes to identify with the commemoration of a family member, friend, comrade or team member who has died. This use is particularly common in the first meeting following the loss of a member.
​