Finally gonna do the work that I have planned for a long time! 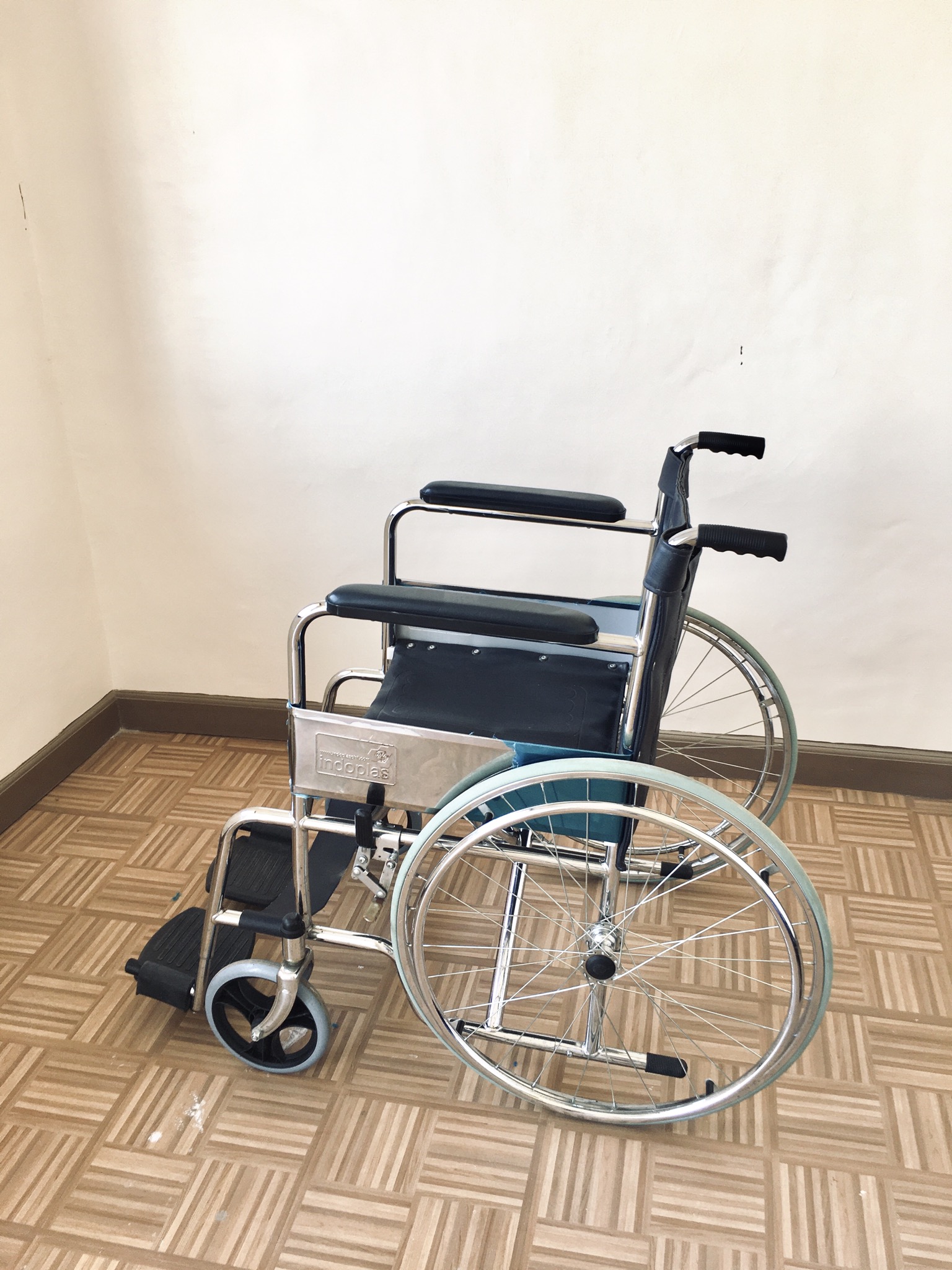 Back in 2018, I had an idea for an artwork. I wrote it down my sketch pad and also made a drawing for a plan. I thought of it real hard and I really want to make it a reality someday. But, I knew it’s gonna cost me a lot and it doesn’t even have a guarantee that it will be sold since it’s not the usual painting that you see.

Up until today, I still want to make it. You know when you have an idea that you really think is good and that you really want to do it and that it doesn’t leave your head at all? That was it... and now since I got the resources for it, meaning I can afford making it without getting broke and not having the “I should’ve bought it with x instead” feeling, I finally went for it.

This wheelchair is gonna be a part of the artwork. Ikr? A wheelchair is not cheap. XD I’m just lucky I found a secondhand in great condition.

A wheelchair is something that has a really deep connection to me. It’s not just an object. It’s something that helps you to get somewhere when you’re injured or vulnerable. Very meaningful.

I have tons of ideas with a wheelchair as well. They are just so expensive. When I have the resources, I’m sure I will do them someday. After all, I make art for the sake of it. :D

Right now, I’m currently doing this one and I’m excited of the outcome!

The feeling of a good idea is something you can't shake off easily. It catches up with you until you will put it into action. Second hand stuff is great as long as it helps you achieve what you want. It's more about the artist's determination than about the means. I'm happy that you persevere and go for your ideas, it's the best approach in art and in life in general!

So true! A brand new is only good if someone is planning to use it, so second hand is still great for this one. Thank you! Yeah I think that way as well.

I love second hand stores when I make time to go there. The smell of antique and old is kinda putting me into Indiana Jones mode, to find interesting stuff in the old stuff. I think you will do a great job with this one, looking forward to see the result. Good luck!

Haha i love how you described it, Indiana Jones finding old stuff. Thank you! :D

Very excited to see the final piece. One thing about art is.... You cannot rush it. Creativity comes when it wants to, not when it is forced. Looking forward to it!

That is so true. Most of the time, the rush works I produce are mediocre ones. Rush + great work will have to take a lot of experience first before achieving it. :D

ok, you intrigue me, lol.

I find it exciting that you have invested in something for an artwork. I know you will do well with that, because when what we do has a soul and when we do it to express ourselves; then, the work becomes an extension of our personality and people understand what we mean. So, keep taking your time and do it the way you want.

when what we do has a soul and when we do it to express ourselves; then, the work becomes an extension of our personality and people understand what we mean.

It seems this wheelchair art you want to do is going to be really huge tight? I've never seem one and I don't know why a wheelchair seems to have a deep connection to you nevertheless I guess it's really personal and well I'm hoping you can afford someday and do the art you really wanted. It's amazing to see you publishing again. How are you doing?

Yes it is, kinda. It's the most expensive work that I spent on with so far. And it's not just a wheelchair, it has another object with it too and not cheap as well. Haha yeah I will work hard on the other concept. I'm doing pretty well! Just have to finish these things that I do so I can be on computer again. How are you?