The highly anticipated Blockchain Heroes will be going on sale tomorrow, this Saturday at 12pm noon EST. If you want in, don't be late. The first blockchain hero we always think of is Satoshi Nakamoto, the anonymous and elusive genius who wrote the Bitcoin whitepaper and published it on October 31st, 2008. Since Satoshi's appearance (and utter unwillingness to share their identity), the spokespeople for the greater cryptocurrency community have not necessarily been the heroes that we deserve. Still they are the heroes we got, and with all their quirks,conflicts and flaws, these are the people that have been pioneering mass adoption for the last several years, and we salute them.

Joel Comm and Travis Wright, the hosts of the popular Bad Crypto Podcast and The Nifty Show have joined forces with the WAX blockchain to bring the Blockchain Heroes to life. As successful speakers and influencers in the crypto space, Joel and Travis have been able to get the word out in highly effective ways like community meetings, email giveaways, and joint promotions with Topps Garbage Pail Kids on WAX. This release (like you might expect from a couple of crypto marketing gurus) has tons of flash and all sorts of bells and whistles.

The 50-Hero set will be divided into 5 classes: Creator, Celestial, Defender, Booster and Champion.

Each card will be available in 6 different rarities: common, uncommon, rare, epic, legendary and mythic.

Only WAXP will be accepted for this sale

That means that you need a WAX wallet, not only set up and ready to go, but with money in it. If you do not yet have a WAX wallet, start HERE.

It is my assumption (having watched several of these NFT sales unfold) that this event will sell out quickly. By only accepting cryptocurrency (WAX, specifically) the Blockchain Heroes are sending a powerful message. While it can be speculated that the other WAX sales (GPK, Shatner) did so well because they were only accepting USD, that model of speculation will be out the window with Blockchain Heroes.

Not only do you have to have WAX to be part of this sale, but you need to be somewhat familiar with the secondary markets on which the sale will take place. When the sale begins at noon on Saturday, there are 2 WAX markets where you will be able to buy packs: shared in Telegram
Mint number matters. It's been proven several times in a row with the previous WAX NFT offerings. Collectors are aching to pay a little (sometimes a lot) more for a low-mint version of a particular card. With Blockchain Heroes, Common #1 Mints will only be available as airdropped prizes to the first 50 unique WAX wallets to purchase packs! This should be fun, and it's gonna come down to who's got the quickest clicking fingers! Here's to a successful launch and life for the Blockchain Heroes! You got the good stuff!

Even a super secret card... a ONE OF ONE... Rarity: SECRET.
Can't wait to find out we won the big one! 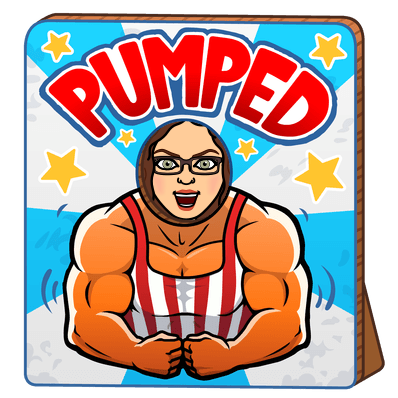 Thanks for the link! will check this out.. looks like a simple concept, no utility just collectible art with scarcity, which is fine by me. I hope this is successful because the model could be used again. guessing WAX has a market where these could be traded, which will ultimately determine value right..?

You're welcome! :)
There are several secondary type markets where these NFTs are traded (quite actively) and other explorer-type sites where the blockchain data can be viewed. It's surprisingly similar to HIVE. My favorite market is:
https://myth.market/

They have a live activity feed where you can browse the recent history of the different cards bought and sold.

It's all really simple to use and everything connects to a WAX Cloud wallet. :)

lol. That's a straight-up lie. HIVE has only existed for a few months

Hmm, did you create your account a few months ago or 3 years ago?

Yeah. :) fun right? They've locked it for the few hours leading up to the sale to make it as smooth as possible for the release. They probably won't release a password. I'll bet it will just show up again exactly at 1 est when the sale begins.

Remember, half the packs will be sold first starting at noon on the 2 secondary markets - I'd use https://heroes.market/