The Germans Of Romania - A Brief Classification

The Germans of Romania are a century-long ethnic community whose geographic presence can be chronologically first traced back to medieval Transylvania. Afterwards, as the Modern Age started, more and more ethnic German groups started to settle down in various parts of contemporary Romania.

This brief article was written with the sole intention of presenting the reader with a basic understanding regarding the classification of the various ethnic Germans groups which lived (and still live) on the territory of contemporary Romania and, in the past, on the largest territorial extent of the Kingdom of Romania.

That being said, here's the crystal clear classification:

Last but not least, here are two noteworthy historical maps highlighting the geographic presence of the said ethnic Germans groups on the territory of the former Kingdom of Romania as well as the People's Republic of Romania:

German map showcasing the historical distribution of all ethnic German groups on the territory of Romania and neighbouring Republic of Moldova in pink and white enclaves: 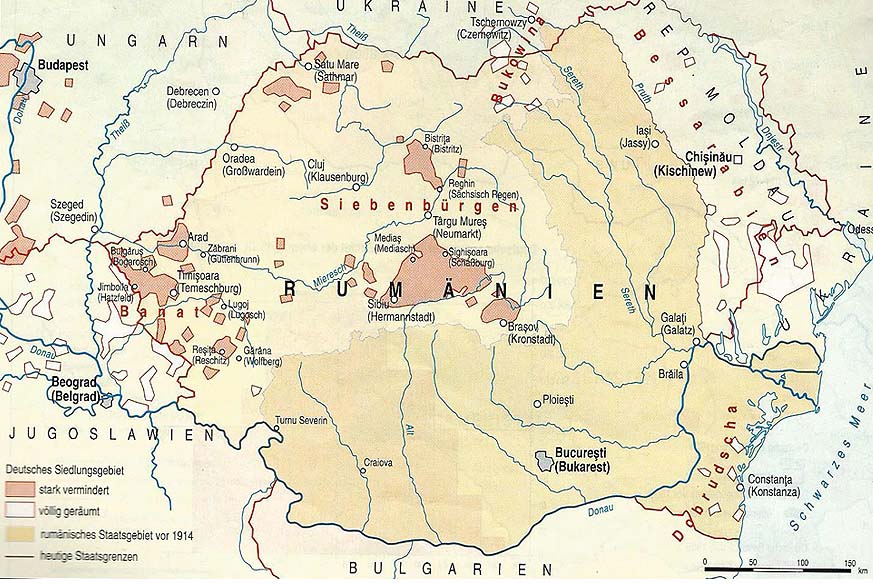 Image source: Institute for Research of Expelled Germans (in English) Congratulations @vikthor! You have completed the following achievement on the Hive blockchain and have been rewarded with new badge(s) :