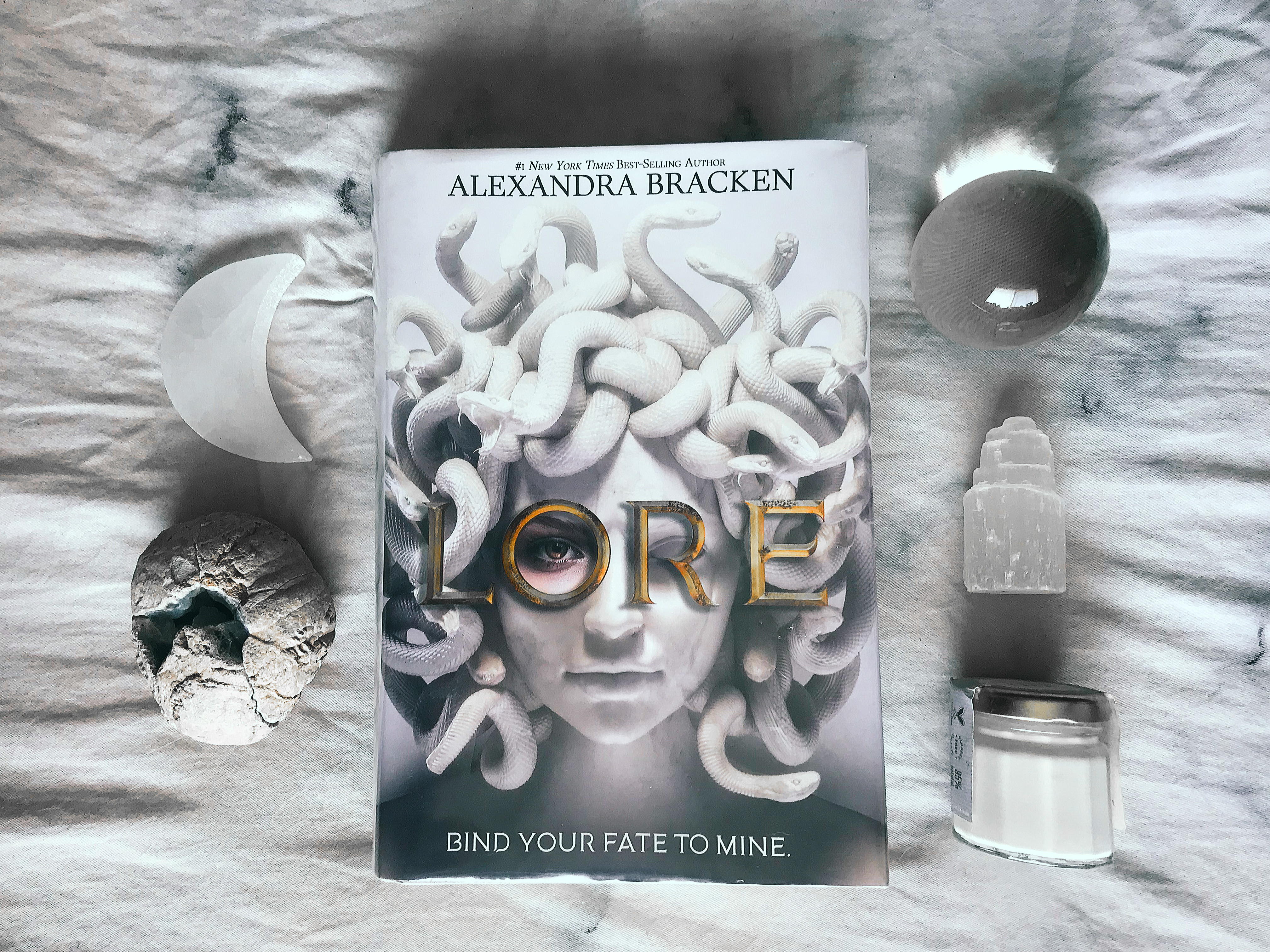 “Power does not transform you, he’d said. It only reveals you.”

Melora Perseous believes she's successfully fled the brutal world of the gods and the Agon, a punishment for a past rebellion that forces nine Greek gods to walk the earth as mortals, hunted by descendants of the ancient bloodlines eager to kill a god and seize the divine power that comes with such a kill.

When the Agon returns this time to New York City, where Lore has been trying to create a home for herself and move on from the brutal murder of her family by a rival bloodline, she finds herself pulled back in by two unlikely participants: a god, and a figure from her past who should, by all accounts, be dead. Lore navigates survival, malice, loyalty, and sacrifice as she is pulled through the dread cycle of the Agon, in this Odyssean epic-turned-modern.

“When we can't change the past, the only thing left is to move forward.”

Bracken's newest work is a beautiful collaboration between modern YA Fiction and the classic features of a Greek epic, and it pays homage to its roots as such while giving the reader the new perspective on classic mythology and lore that most who pick up this title are craving. From its roots in narrative tragedy to its deus-ex-machina ending, this novel is not simply classics-inspired; it is entwined with its history.

The tale is as Homeric as even Homer himself, who may never have existed at all, could only hope to achieve. The modern setting builds an interesting dynamic bridge between the current world and the ethics of the past, and although this work is a thrilling read, it is also an interesting consideration on the nature of humanity over the span of eons and ages.

“Scars are tallies of the battles you’ve survived.”

One of the aspects of this story that I found most interesting in terms of homage to its roots is the depiction of the morals of the gods and the members of the ancient bloodlines both. Kleos is mentioned often as both a motivation for actions throughout the narrative, and as a consideration for the entire premise as a whole. There is a uniquely human sense of pride, honor, and duty that passes through these pages and is not limited to the humans in this tale, but affects the gods as well -- which is a refreshing look at divinity from a cultural aspect that is not surrounded by Westernized Christianity, even if the gods in this tale are a little more murderous than I think most of us would hope our divine figure of choice would be.

“Fear is a foreign land I shall never visit and a language that will never cross my tongue.”

In the end, loyalty and love are not punished as with many of the classic myths, but are rewarded. The gods are as much human as god, the humans are much god as mortal. There is evil everywhere, but there can be goodness everywhere as well. Lore is truly everything you could want from a modern myth-inspired fiction and more, and Bracken ties it together with her vivid prose and sweeping narrative, with the cohesive build of each character until they might as well be standing next to you as you read. In a sentence: my favorite way to read.

“It’s not always the truth that survives, but the stories we wish to believe.”

Overall, I highly recommend this book to anyone who loves myth-inspired works or who genuinely wants a great story with great worldbuilding.

If you'd like to purchase your own copy of this book while supporting me and the work I do as well as independent bookstores, consider using this affiliate link from Bookshop!

This sounds fascinating! I'll keep my eyes open for this one at work. :)