Review - "The Vespertine" by Saundra Mitchell

mrobinsonwrites (60)in #bookreview • 8 months ago (edited) 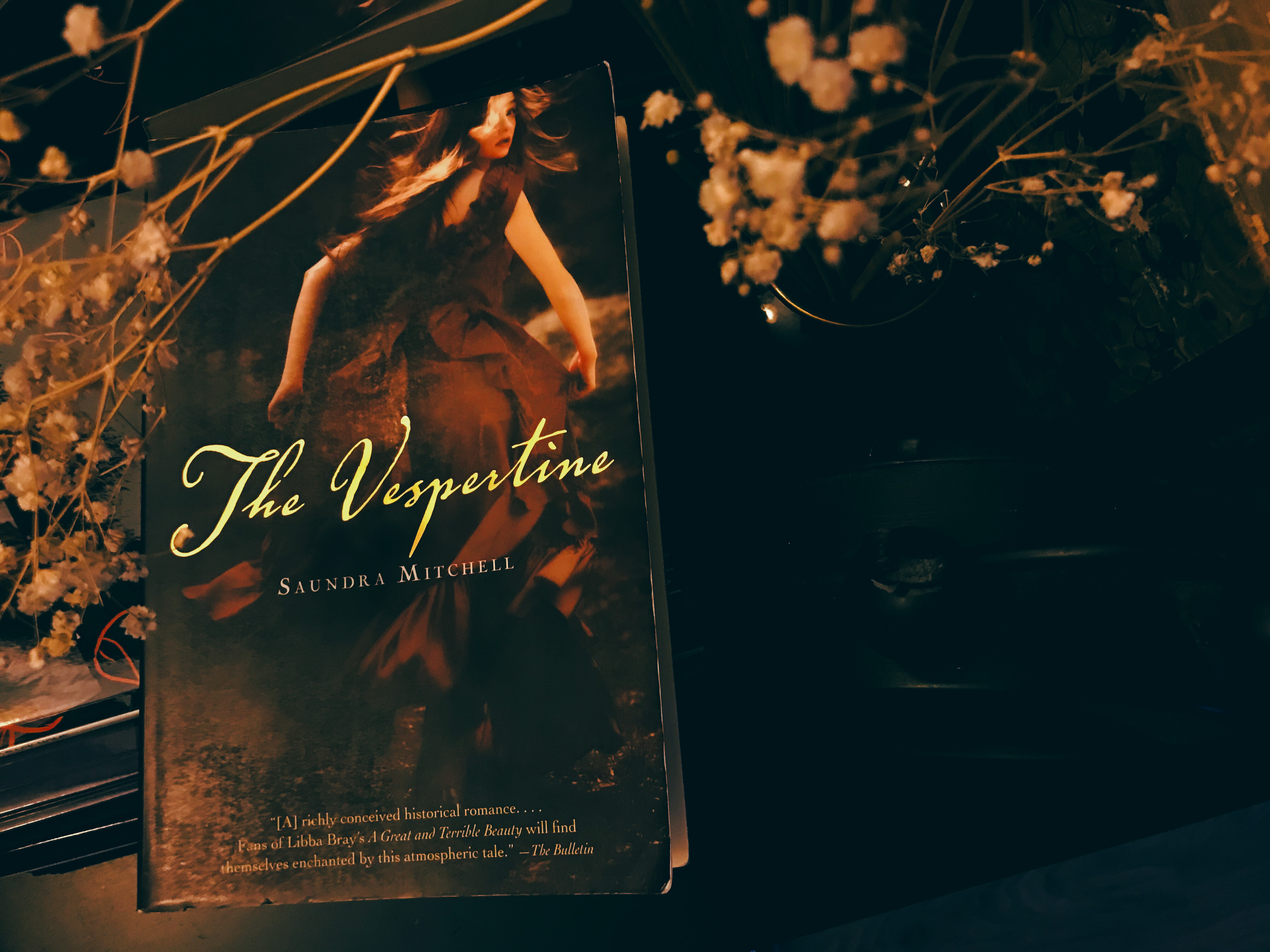 “...I tasted - perhaps for the first time - the true sweetness of possibility.”

Amelia van den Broek arrives in Baltimore in 1889, sent by her older brother to summer with her cousins and mingle with civilized society. The gaiety and innocence of youth rising to status as the summer passes is interrupted by Amelia's dreamlike visions that begin to occur at sunset soon after her arrival in Maryland. At first idyllic, these visions become disturbing and dark, delving deeper into chaos and causing those around her to question whether Amelia is simply the seer, or the dark cause.

"I woke in Oakhaven, entirely ruined."

This is an opening line worthy of classic literature. Though many criticized Mitchell's language for being too ambitious, I've always been enamored by her ability to create beautiful, memorable scenes out of the most mundane moments, and to build tension and emotion with such ease. One of the first examples of this is a few pages in:

"Lizzy considered a knotty loaf of bread, touching the knife to it several times before deciding where to cut. I waited quietly beside her, playing with the cage on the long-handled bread toaster. 'One for the bag,' she said, tossing the hell into a muslin bag set aside for bread pudding. Then she made two more cuts and offered me thick, even slices on the flat of her knife. 'And two for you.'" Re-reading this book is like returning to an old friend, for all of the details that I distinctly recognize each time I come back.

With the rich language comes rich detail, the deep magic reflected in the descriptions of the vespers in which Amelia sees the future, the tantalizing nature of the immediate chemistry between Amelia and the mysterious artist, Nathaniel Witherspoon. As an avid reader who lived through the dystopian love triangle era, I am always wary of straight romances in teen and young adult fiction, but I do not think I have loved such a romance more than I do in this book. With all of the subtlety of "Pride and Prejudice", the relationships in this novel, romantic and otherwise, contain as much character and nuance as one could want.

“Do forgive me.... I've no reputation of my own, and I forget they matter.”

The cast of characters are equally nuanced and beautiful. Nathaniel Witherspoon is Amelia's contrast and confident, a mysterious bohemian artist. Zora Stewart, Amelia's girlish cousin, is both devising and a perfect society woman, carrying Amelia through this new world. Her love, Thomas Rea, is the perfect gentleman and yet achingly human, the cousins Sarah and Mattie round out the group that forms at the beginning of the summer and runs so much deeper than one might imagine. Mitchell weaves relationships between her characters as skillfully as if the characters were in control instead, perfectly drawing them together with description and dialogue.

Instead... I whispered back, "I've seen the future."
He didn't laugh. He didn't mock, not like he had done at Privalovna's performance. In the middle of our waltz, he stopped, nose to nose with me. He uncovered me with a look that somehow bared him, too.
And his question told me everything - that he stopped time because he needed me, that he read my mind because we were one. That I troubled his nights, indeed, because what he asked revealed it all.
"Am I with you there?”

The premise of this book has every bit of potential to be overdone, campy, or otherwise simply uninteresting, but it just isn't. With Mitchell's skill for language and dialogue, with the tangibility of the characters and the nuance with which Mitchell writes about magic and mysticism, there is nothing I don't love about this perfectly crafted story. Reading this is a sensory experience, each page visceral, haunting, and Victorian, perfectly blending the historical with the fantastic and mysterious. Many wrote that they had difficulty finishing this book, but I clung desperately to every heart-pounding word, falling in love with both the story and Mitchell's unique lyricist's voice.

“Was it enough to wear the night with me just once? I am unsatisfied.”

Perhaps I am biased, because this is truly the perfect book for my personal taste. It combines the supernatural with the ordinary, illustrates the beauty of the turn-of-the-century East Coast, is composed of characters with wonderful names and equally wonderful essences, and makes art out of prose. Still, I was in love the first time I read it and continue to be in love every time afterwards.

I've read and re-read this book many times since it was first gifted to me. As I'm currently down with Covid, I desperately wanted to return to an easy comfort book, but had no intention of writing about it until I saw the abundance of one-star reviews this title has on Goodreads. With all of the devotion of someone who has had one of their favorite books scorned, I wanted to offset those reviews with one of my own. This book is truly one of my favorite reads, and I find myself in its pages again and again. I highly recommend it, and hope that this review convinces a few readers to give this masterpiece a second chance.

If you like the content I produce, consider checking out my website or supporting me on Ko-Fi. As I mentioned, I'm down with Covid after contracting it at work, and finances are tight. Thanks for reading!