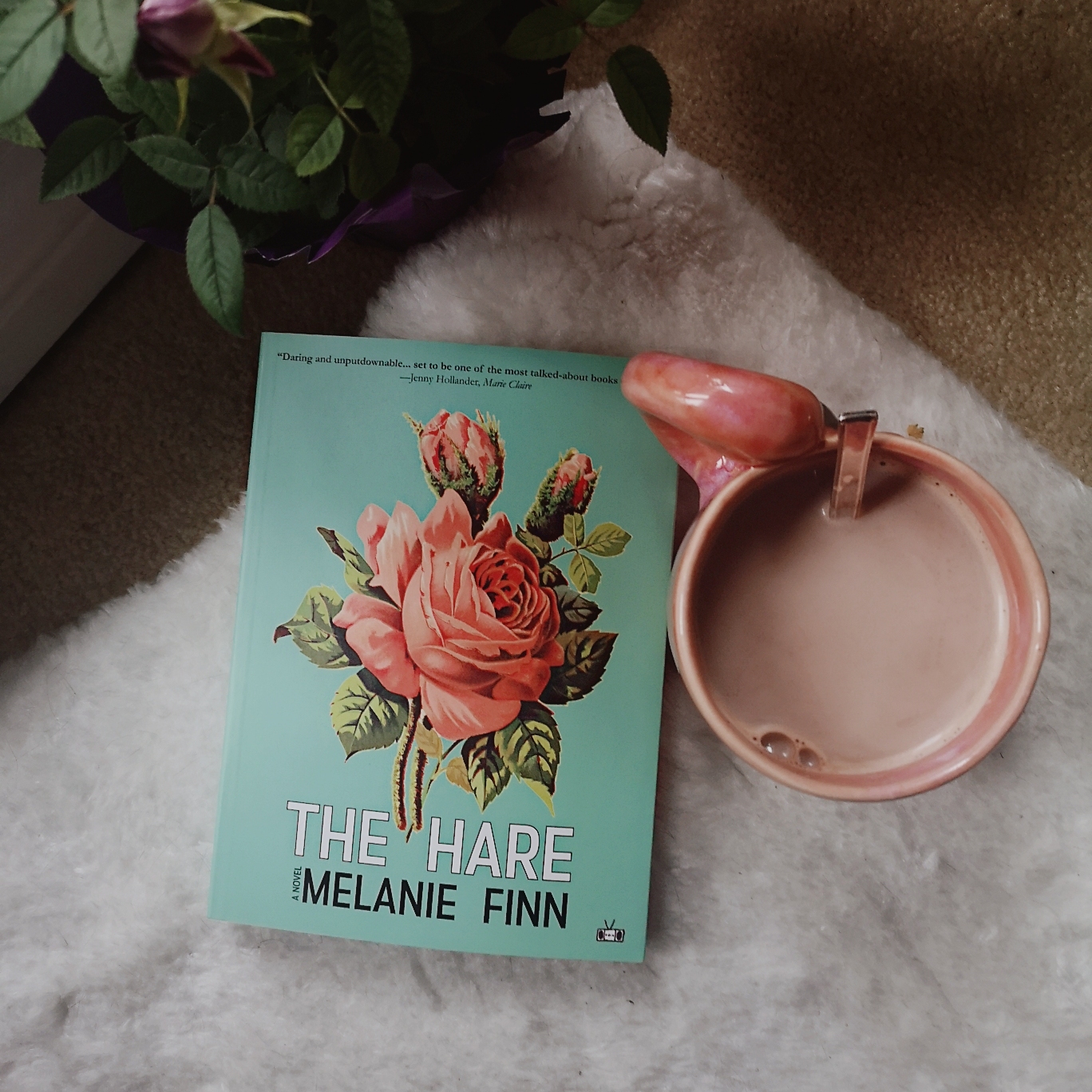 “The Hare is an affecting portrait of Rosie Monroe, of her resilience and personal transformation under the pin of the male gaze.”

The jacket called this title a thriller, but I read it rather as an extended survival story, and not the one I expected, at that. There is much to be said for Finn’s talent for compelling prose, riveting descriptions, and good sense of pacing, but there was also much left to be desired from this work. While I would recommend giving it a read if not solely to explore what many called, “the book to beat” as far as 2021 releases go, I wasn’t in love with this work in the way I expected to be, and I wouldn’t consider approaching it again in the future, either.

Rosie Monroe is an art school student in New York City when she meets Bennett, sophisticated and worldly. Rosie leaves school to live with him on a luxurious estate on Connecticut’s Gold Coast, unaware of his cons or his moral ambivalence. A daughter, Miranda, is born, just as Bennett’s current con falls apart. He drags Rosie and Miranda into the depths of rural Vermont in the middle of the night and abandons them in a secluded cabin with no insulation, no phone, and no protection from the untamed, frigid wilderness.

The Hare is from the beginning very forthcoming with its intentions. Rosie’s life is again and again plagued by the obligations created by a heavily patriarchal society, but my distaste with the narrative comes not from the story or its intentions, but rather the lack of nuance with which these ideas are conveyed.

For example, much of the story felt very liminal despite naming the years, yet there were many instances throughout where I was abruptly snapped back to reality with references to modern political figures: Nancy Pelosi, Hillary Clinton, Christine Blasey Ford. I could see that these references were well-intentioned, were set to strike a point, and yet there was a disconnect between the subtle themes throughout the story and the sudden blatant references.

On its own, this narrative is riveting, compelling, abstract in the beautifully convoluted tradition of Shirley Jackson or Daphne du Maurier. Many complained that the ending wasn’t conclusive, and though it wasn’t, I would have thought it fitting in a different context. However, the emphasis on driving home the author’s point throughout the story, leaving little in the way of textual interpretation for the reader, took away from the beauty in what might have been a very interesting work of literary fiction. The work felt heavily explained in some aspects, and heavily abstract in others, and this dichotomy did not work to its benefit. I would have loved to see some of these ideas presented in a personal narrative essay, and some of them combined in a sprawling work of speculative fiction.

What I did love of the book was its ability to keep me at the lingering crossroads of emotion — an unsettled threat at every turn emerged poignantly as I read, mirroring what Rosie must have been feeling. The characters were incredibly well-crafted, multi-dimensional, tangible. Bennett’s appearance on the page immediately raised red flags in the part of my brain that, as all women have, sends the alarm bells ringing when something feels not quite right. Finn’s ability to insinuate much while saying little, and to craft beautiful, vivid language around fearful anomalies is unmatched. I worried about the lack of insulation, the mice in the cabin; I shared Rosie’s fears, and I was hardly able to put the book down despite my disagreements with certain aspects of it. It was not a thriller in the conventional sense, and yet the true horror was the fear that many women face, unnamed and unsettling and yet very real and inescapable.

I admire what Finn set out to do with The Hare, and I equally admire the work that Two Dollar Radio does and the books that they’ve published in the past! While I definitely wanted for more consistency in the style of the messages conveyed, whether entirely abstract or entirely a deeply straightforward narrative, I can appreciate Finn’s talent for beautiful language and talent for stirring fear and discomfort in the ordinary, which should not be ordinary, and I would still recommend this book as a one-time read, if not simply to explore the world it skillfully creates.