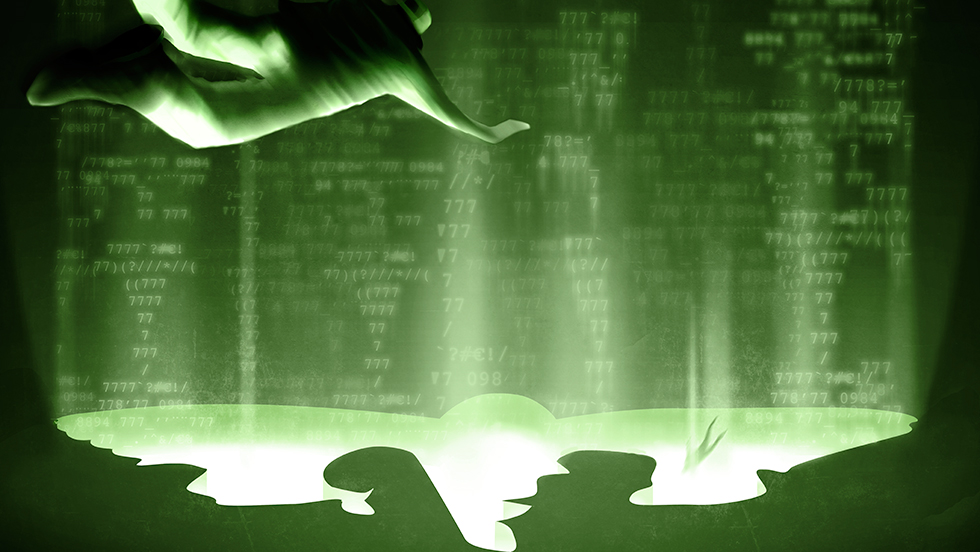 In 1934, one of the panels from Jan van Eyck’s famous Ghent altarpiece was stolen in the night. The thieves’ method and the ensuing ransom demands were all directly modelled on The Hollow Needle. It turned out that the mastermind behind the theft, a Belgian stockbroker called Arsène Goedertier,was completely obsessed with Arsène Lupin. https://fivebooks.com/best-books/best-books-art-crime-noah-charney/

The needle may have clues: http://compasspub.com/userfiles/downloads/The_Hollow_Needle__Young_Learners_Classic_Readers_Level_6_Answer_Key.pdf

In the 1920's a scientist named Walter Kilner experimented with a dark blue chemical dye called 'dicyanin', which he poured into a glass screen, and when he gazed through the screen he found that he was able to see the aura of the person standing in front of him.
He was able to see the person's aura because the specific colour of the dye blocked out a large portion of the white-light spectrum, and left only a small portion which helped concentrate his perception of the aura.
HOWEVER, FOR A VERY BRIEF PERIOD OF TIME BACK AROUND 2010 THE PUBLIC COULD BUY THE DICYANIN VERSION, BUT NO MORE…… Dicyanin is a blue dye. It is not a drug. It is not physically dangerous. It is not poison. However, you cannot buy it. The chemical company that makes Dicyanin assigns a security code to its customers. To see how high Dicyanin is classified we asked a government chemist if he could order some. His security code allowed him to buy all the LSD or Heroine or Cocaine he wanted but when he requested DicyaninDye he was told he was not cleared high enough to obtain it.
Dicyanin Dye has "special" properties. If you make a window using two panes of glass with Dicyanin Dye between and look into it you can see the Astral
World directly. Now, if you are a psychic or meditation student, you can see the Astral World too but this dye allows ANYONE to see it. Now you see why it has a higher security rating than Heroin. If people could buy this simple dye freely available in the 1940's they could prove to themselves and anyone else the existence of another Plane of reality.
Private researchers used Dicyanin Dye before the Government locked it away in the 1940's. This gives an approximation of the time when the decisions were being made to censor all available knowledge so that new generations could be "programmed"
into a belief system that was manufactured by the Government and which had no relation to true reality.
What's the Deal with Dicyanin & Dr. Kilner?
Dr. Walter Kilner was a distinguished British physician in the late 19th and early 20th centuries, who became one of the first radiologists in practice. In 1911, he published The Human Atmosphere, a book about his experiences and observations using a certain coal tar dye to enhance the ability to see the human aura. The book was reissued in 1921, shortly after his death, as The Human Aura, and remains today one of the best collections of detailed, candid observations of the aura available in the West.