The Garden Of Eden 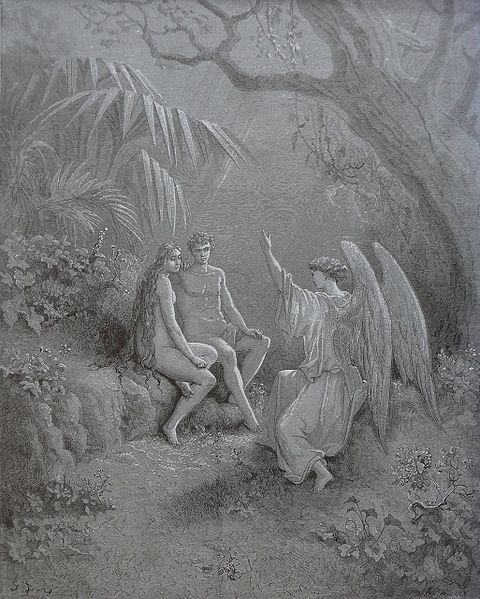 The Garden Of Eden

Eden (עדן) is to experience the doorway to “real” sexuality. The first letter is Ayin, which means eyes or to see or experience. Daleth represents the doorway. Another word that has Daleth is Da'ath, which means knowledge. To know or realize oneself is sexual. Nun relates to sexuality or knowledge. Eden in Hebrew means pleasure, bliss, or delight. The word Eden also reminds us of the love story of Eros (symbolizing love) and Psyche (symbolizing the soul), where the procreation of Eros and Psyche through immortal love created the goddess of pleasure: Hedone (Ηδονή) in Greek or Voluptas in Latin. It is obvious that Hedone is derived from the Hebrew Word: Eden.

We are going to translate the three words which the sinning “I” will be very easily confused. The three words are “to have sex.” To have sex does not mean to fornicate, which the sinning “I” is easily confused. The sinning “I” is always infrasexual, and it will not strongly identify/justify itself as infrasexual. The sinning “I” will always associate “to have sex” with lust and fornication. To have sex (actually) is to connect sexually with a spouse without spilling the divine energy to orgasm (killing all forms of fornication and lust). This is the sacred Arcanum A.Z.F., the immaculate knowledge. Another word for immaculate knowledge is white magic. That is all.

The Garden of Eden is all over the world, yet it is located within the fourth vertical, the 4th dimension. The Garden of Eden is located in the Sephiroth of Yesod/Iesod (יסוד), or the Promised Land in the Bible. When Adam and Eve fornicated (ate the forbidden fruit of the tree of knowledge of goodness and impurity), they took on the path of pain and suffering and were expelled from the Garden of Eden. However, Eden is not closed nor locked. Instead, Yah-Hovah Elohim sent the Cherubim (כרבים) with a flaming sword to guard the entrance. 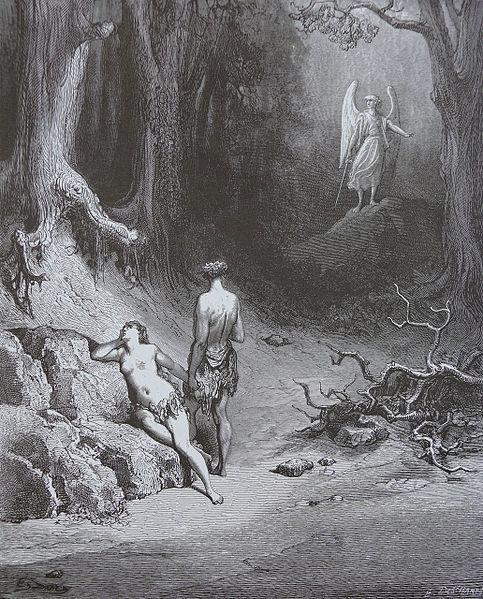 In order to return to the Garden of Eden, we must comprehend the book of Genesis Chapter 3.

It is written that the serpent was craftier than the Elohim has made and tempted Eve to eat the fruit from the tree of knowledge of goodness and impurity. The tree of knowledge of goodness and impurity is related to Gnosis. Gnosis itself relates to sexuality, for the word “know” is to have a sexual connection. Eve represents the sexual organs of man and woman; Eve also represents the woman. This serpent is the tempting serpent of Eve or the negative serpent within man and woman.

Little and behold, Yah-Hovah Elohim punished the negative serpent, Eve, and Adam for the sins of fornication. In the name of truth, fornication is the original sin of man and woman, and fornication itself is the unforgivable sin. Out of fornication gives birth to lust and the sinning “I”. When man and woman fornicated, the woman will always give birth to children with the most severe pain.

Because man (Adam) and woman (Eve) fornicated (by eating the forbidden fruit), they must practice the exact antithesis of fornication: immaculate sexuality and sexual transmutation. The path to Eden requires that one must perform scientific chastity and must also have a spouse for the sacred work of self-realization. As man represents Adam-Christ (Jesus Christ), the woman represents Mary Magdalene. Mary Magdalene represents our priestess-spouse, with whom we must practice. The secret: man and woman must practice the sexual connection without spilling the divine energy while transmuting sexual energy inwards and upwards. The sexual energy cannot be contained.

The only way for a woman to give birth to children without severe pain is to never spill the divine energy through the orgasm ever again. Both man and woman must renounce fornication forever in order to create immaculate children under the guidance of the Elohim. Fornication is not and will never be tolerated in the Garden of Eden.

Be warned: the tenebrous ones disagree. Yes, the tenebrous ones are the dangerous demons and sorcerers of all time. They will deliberately entice and mislead others away from the narrow path in order to lead them to destruction and death. These tenebrous ones desire to close and lock the only door back to the Garden of Eden; their desires will never be satisfied. These demons and sorcerers leading others away from the narrow path are sincerely mistaken entities. For these tenebrous ones who refuse to sexually repent, they will be subjected to the Second Death in the Abyss where the wailing and the gnashing of teeth are heard.

Anyone who believes or accepts that one can re-enter the Garden of Eden without sex is sincerely mistaken. Little and behold: he is truly infrasexual.

In order to re-enter the Garden of Eden, one must deny himself (kill all legions of the sinning “I”s), take up the cross (Arcanum A.Z.F. of man and wife), and follow Christ (sacrifice for others). Adam (man) and Eve (woman) must rise again from their fallen state in order to reconquer what was lost.

Bonus #1: The Only Cure Against Nocturnal Pollution

For single people who ended up with wet dreams, this is very grave. Wet dreams and nocturnal pollution are also sexual diseases. How grave is the sexual diseases that fuel lust and desire instead of love!

Pictures of Paradise Lost (#22 and #50) by John Milton in Public Domain from Wikimedia commons...