I Need Some Help And Advice 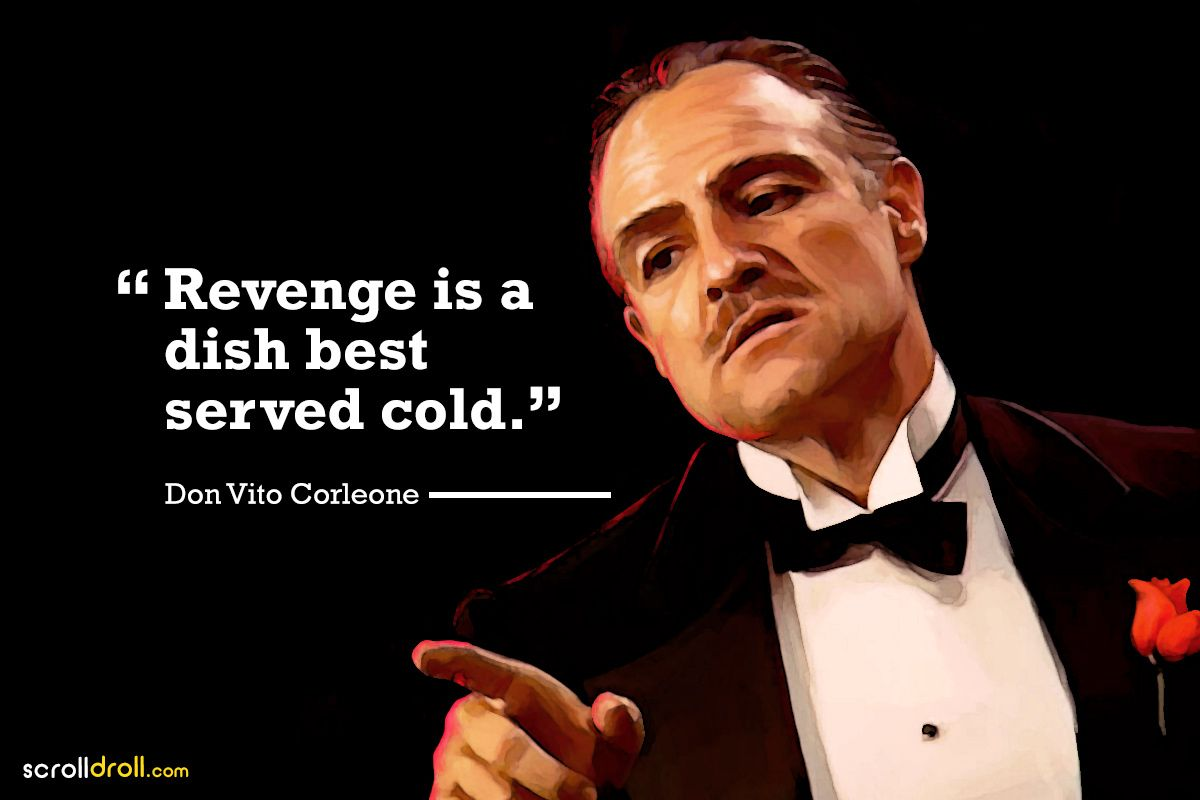 I'd really like input and wisdom for a sensitive task on my plate. It's quick, simple, and will get your blood flowing.

Last night, of ALL people, a young emergency room resident doctor above my floor threw a f'n party!!! Ahhh the rage.

Several people attended who were loud, cheering and drunk. Some were even out in the hallways at 5 AM waking several people up. They were excited to try to get McDonalds. How do I know? Well I was outside my door getting my shoes on to go curb-hunting. My neighbor 2 floors down, a Covid nurse with an AM shift, was woken up early...and that really PISSES me off.

Now in some areas of the world, this might be fine. Where I live, 4 out of 8 neighbors on our two top floors HAVE or HAD the coronavirus. My city was hit hard. This party was on a floor where 2/4 apartments were affected.

What makes this worse is that one of her neighbors is an elderly 90 year old man who she likely wouldn't know has the virus. He's been in the hospital/care centers for weeks. Her inviting a bunch of people was astronomically dumb assuming she thought he was home, as were the guests for supporting it. They could easily trace something inside on the hand rails and walls the elderly man always uses as he rests on his trips on the stairs.

Also, this was no quiet masked movie night, it was a full blown loud ass drunken disruptive party for at least 7 hours.

One neighbor almost called the cops, but didn't.

A bunch of were pissed, especially since she had another one for her birthday in late March. This is dumbfounding given my city's situation and social distancing rules.

Furthermore, two drunk guys were making fun of the Star Wars Day you surprise for my sick super-fan neighbor. They then made fun of the recycled stuff outside my door calling it trash, etc., as they laughed (little did those morons know that the few items there were worth a few thousand dollars). I trust my neighbors, so sometimes I leave inconspicuously valuable stuff in my hallway's corner after hauling them in from the curbs. Either way, not nice.

I opened my door and told them to f*ck themselves. I couldn't do much more.

A few of us got together and one wrote to our landlord who contacted her. She replied to admit fault with no details, and assured him that it wouldn't happen again.

Confirmed ignorance by a doctor for crying out loud.

What Help Do I Need?

Using an awesome printer I found outside that was full of ink and paper, my neighbors are eagerly awaiting the letter I said I'll be posting on her door and in a few other key places in the building.

I've got plenty of sharp ideas, but I thought I should ask the community to see what choice words they might suggest...

So, what would you write??

PS - my best friend finally came through to deliver tons of home-cooked food today from his recent Instagram shoots. He's a major influencer in that niche and gets almost all his ingredients for free, plus too many free restaurant and event invites to ever handle, and a ton in sponsored posts. I've helped with many of them and eaten a ton of the best around here for free.

Just ONE of today's dishes for me was half of this (he edits his shadow out). This was my first taste of American Wagyu Beef. It was literally like a drug. I need more.

This dish was not served cold. 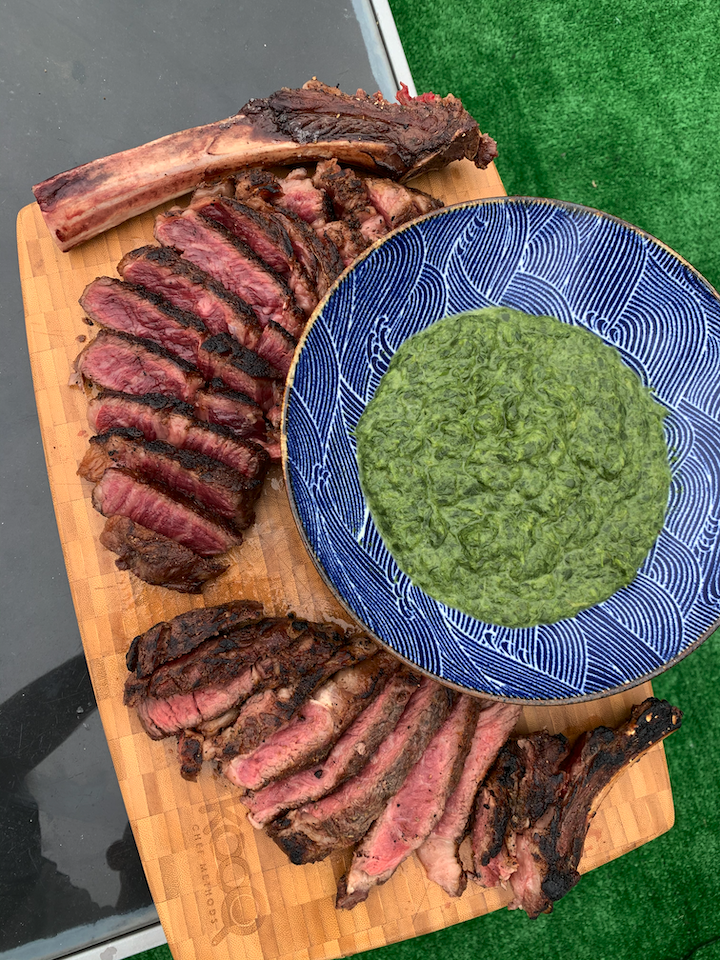 Coming from you, I'm not surprised that this is too nice. Let her have it! You're doing a karate kick in your picture... would sound great into her door while she's sleeping. Haha.

LOL! I don't wanna go too deep.
dude she's a doctor and she'd definitely get the message from this. :D

Dear The Most Callous Neighbour In The Building,

Why are you trying to kill people?

Kindest regards,
Everyone else.

She's an ER resident so maybe she has a sadistic side to her for more practice. Thanks for playing the game. +300 Hive Karma

With email proof now, it'd make sure a great local news story. Kind of want to plant that seed to ensure no further risk from her.

It's almost impossibly hard to believe... especially since I'd assume a good portion of her guests are probably also in the medical field.

Usually I have no problems with people drumming up business for themselves... but...

May every glove in the box rip wide open when you put it on.

A face shield cannot protect you from your stupidity.

Alcohol is not a GI cleanser.

That night will be a future med school student's case study in epidemiology.

I hope that cyst you're removing from that homeless wino explodes in your face.

I hope your next patient eats a bag of haribo sugar free gummy bears before he sees you.

Your decision to throw a party is about as dim-witted as a retard on Valium.

You are such a danger to those around you, you're better off checking yourself into the psych ward instead of showing up to work. But hey, at least you won't have to travel far!

You've taken the sharp route to round out our campaign. After her hangover passes, she'd probably agree that she's earned all the bad karma in my city for doing what she did, TWICE.

I admit, I might have had a bit of fun writing these...

I wouldn't write anything, I'd call the cops. She knows very well she's disturbing the whole house and couldn't care less. One birthday party is fine, I guess everyone deserves that but repeated noisy parties are not.

In my country the law says there are rest hours between 10pm and 8am, and 1pm and 2pm. That is the law and if you don't respect that, you can and are fined. We're still in state of emergency, there's a curfew, so gathering people in your house is treated like a criminal case.

Now that she's been notified and knows her loud parties are not welcome, next time call the cops. Looks like she needs to learn the hard way as she has respect for no one.

Haha, I do have tons of cardboard and spray paint.

Hey Doc! We didn't know you were planning a party! The rest of us that live here were talking, and the COVID patients (understandably going stir crazy) said next time they hear you having a party, they planned on joining in on the fun! Said they would even bring the beer! Just happy to be out for a change.

Hah, now there's an angle!! Fight germ warfare with germ warfare. Thanks for your input. If enough people reply I might cover her door in all this feedback from all over the world (no names).

HA! You can give her my name and address if ya want to. I'm the wrong one. Some people go get vaccines, I just lick the hand scanners at Walmart. I can count on one hand how many times I've been the the Dr. in the past 15 years. Plus, I'm a smartass by nature. She'll be on the first thing smoking out of here in no time. lol.

My head isn't in the game. My thoughts would come out sounding like a death threat. Best I sit this one out.

Ahhhh the expectations crushed. I understand and get it.

If you have an alt account, you can rage from there and nobody* would know the better.

The food was so good, and I have 3/4 of a tray of ziti and lots of chicken and veggies left. The perfect cure for being losing a lot of weight being sick and stuck inside with bland staples and no taste/smell.

Community standards are a huge part of hospital PR - and the private lives of hospital staff ARE routinely used in considering promotion and pay increase.

Last night was a disgrace. I can't MAKE you care for our sick neighbours in your time off, I can't MAKE you be respectful of others, and I can't even MAKE you worry about your guests catching the virus from handrails and surfaces. (pro tip - your guests covid testing in a few days would be prudent).

What I CAN do is let your hospital's PR department know that you're damaging their community reputation, disrupting patients in their home environment and endangering others. I'm sure it won't take long for that to filter down to personnel.

Wishing you luck with your next covid test.

Mr Upcycling Environmental Activist, who makes more in 4 hours than you make in a week.

Right on!! I'll need to write this very small. Maybe I should include all of them printed out!!

I actually thought about her hospital loving to hear about her behavior. I know where she works and did consider a call to her employer, but I don't want a lawsuit. If it stops with her being busted by the landlord, I'd probably skip it... BUT the fact that we could have that as ammo is useful. Might be worth a subtle mention.

She probably makes plenty more than me, and will in her career. She does typically save lives, so that's a plus. For me, I work far less with no stress, so that's my edge (also my crypto).