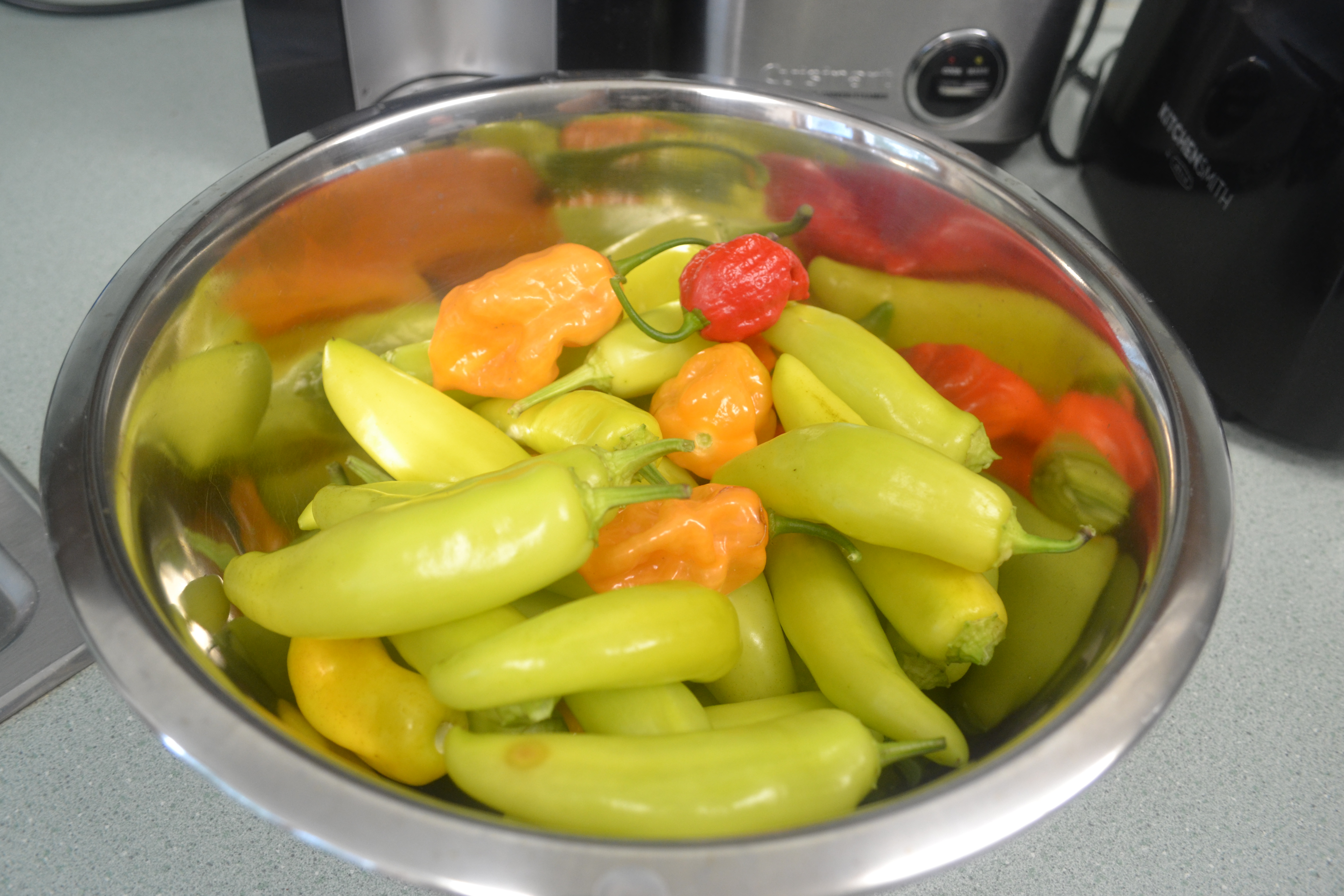 Given that it has been hot and humid for so many days in a row, I had to harvest my peppers today. Some of them were even starting to rot on the plants. This is terrible weather for growing peppers, by the way, since peppers tend to have the best flavour when grown in a dry climate. Anyway, what I have here are mostly Hungarian yellow wax peppers, which are deceptively hot. There are also habanero peppers and one potential ghost pepper. I say "potential" because I had both a ghost pepper plant and a Trinidad scorpion plant, but one of them died, and I don't know which, because the tags in the ground got pulled up. Still, some of the peppers on the remaining plant look like ghost peppers, but some have the characteristic folds of the scorpion, so I really don't know what I have. Regardless, I chopped them all up and made my own hot sauce: 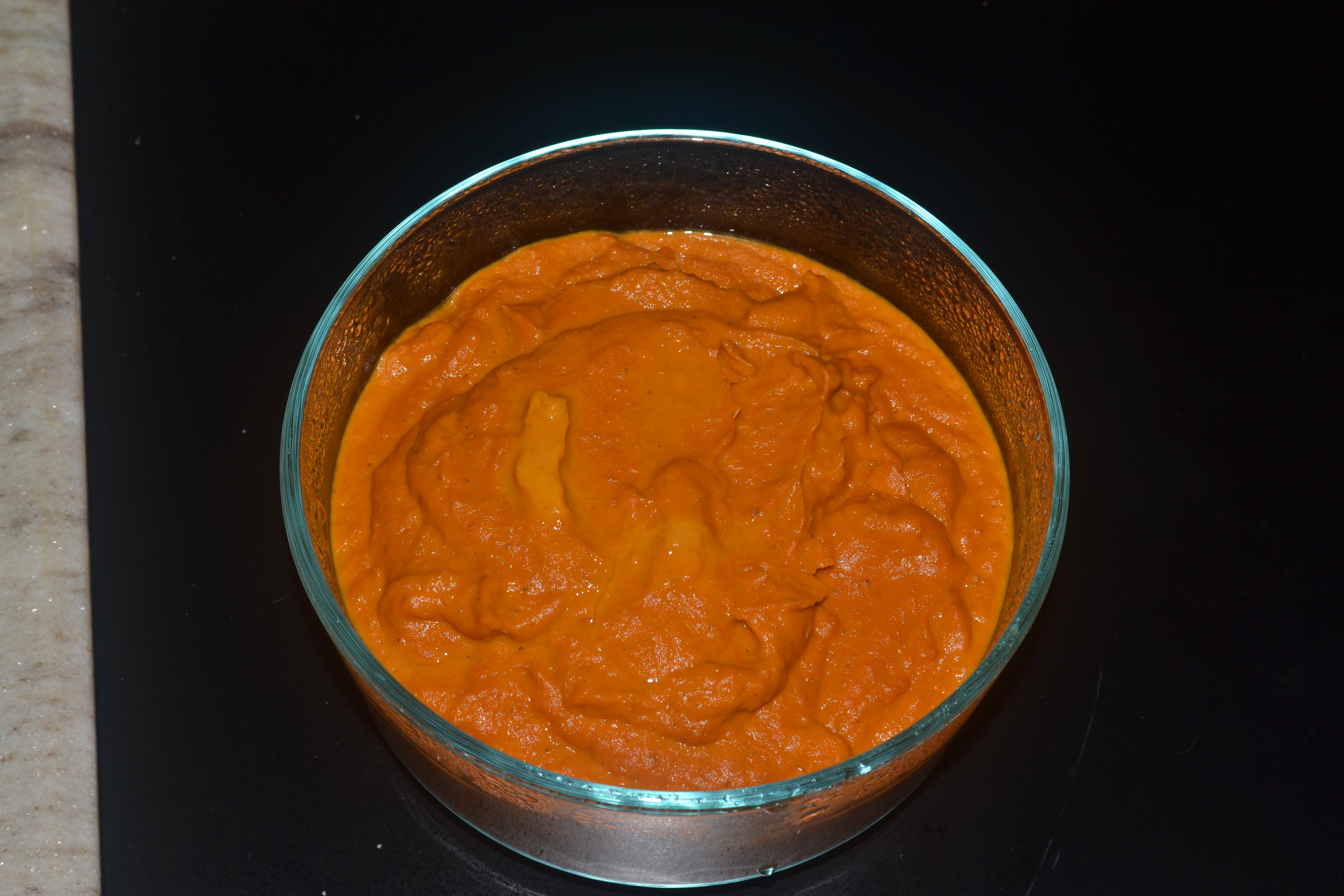 I shot some video footage of the process, and I plan to make it the first episode of my cooking vlog titled "Kaja's Kitchen." I'll let you know when that video is ready, and you can see the method to my madness. I have to admit, since it's been a bad year for peppers, the flavour leaves something to be desired, and even with all the salt I put in, the sauce still needs something. It's plenty hot, though.

Just to let everyone know, I've been busy for the past few days, but I finally got round to uploading the video: https://www.bitchute.com/video/9vhvSbTiUWcH/