Lettuce and Leafy Greens Sprouted in the Garden Box 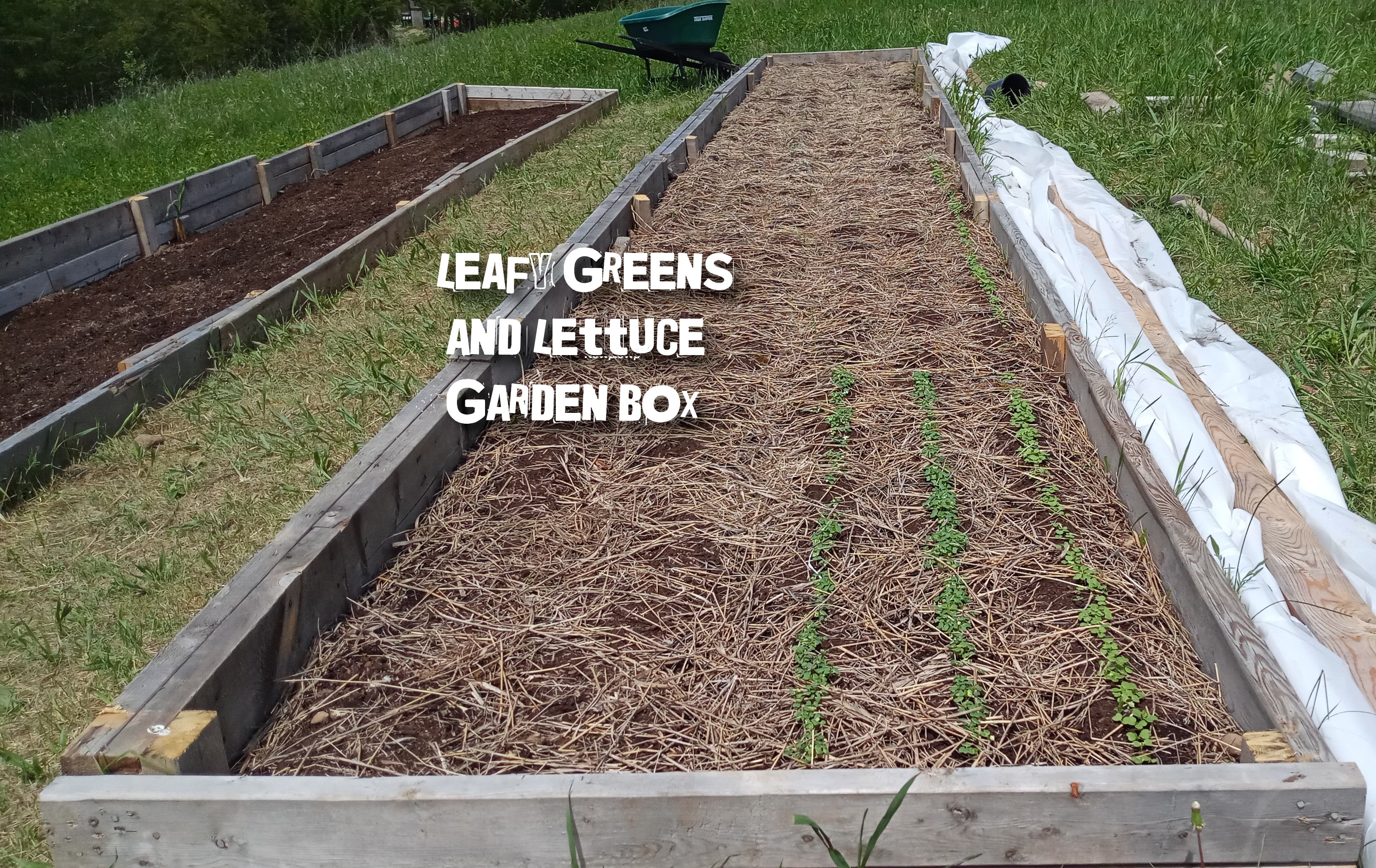 I've been busy seeding the Lettuce and Leafy Greens into the garden box, preparing the root veggie box, and preparing the cherry tomato gardens for transplants. We had a little heat wave a few weeks ago, but since then it's been adequately rainy to give the gardens a good start.

To help organize where the seeds were being planted, I split the garden box dirt length wise down the middle, and then in half for a North and South side. I selected mostly lettuce seeds for North Side of the garden box, and leafy greens for the South Side. You can see below that each half has three rows - after shaping the seed rows by sliding a 1x2" piece of wood, I filled the seed row with potting soil, then re-shaped the seed row.

After generously adding the seeds into the row trench, I covered the seeds with more potting soil, then tightly shaped the row mounds with my hands.

Leafy Greens for the South Side

After seeding, the row mounds are covered with hay to slow moisture loss. 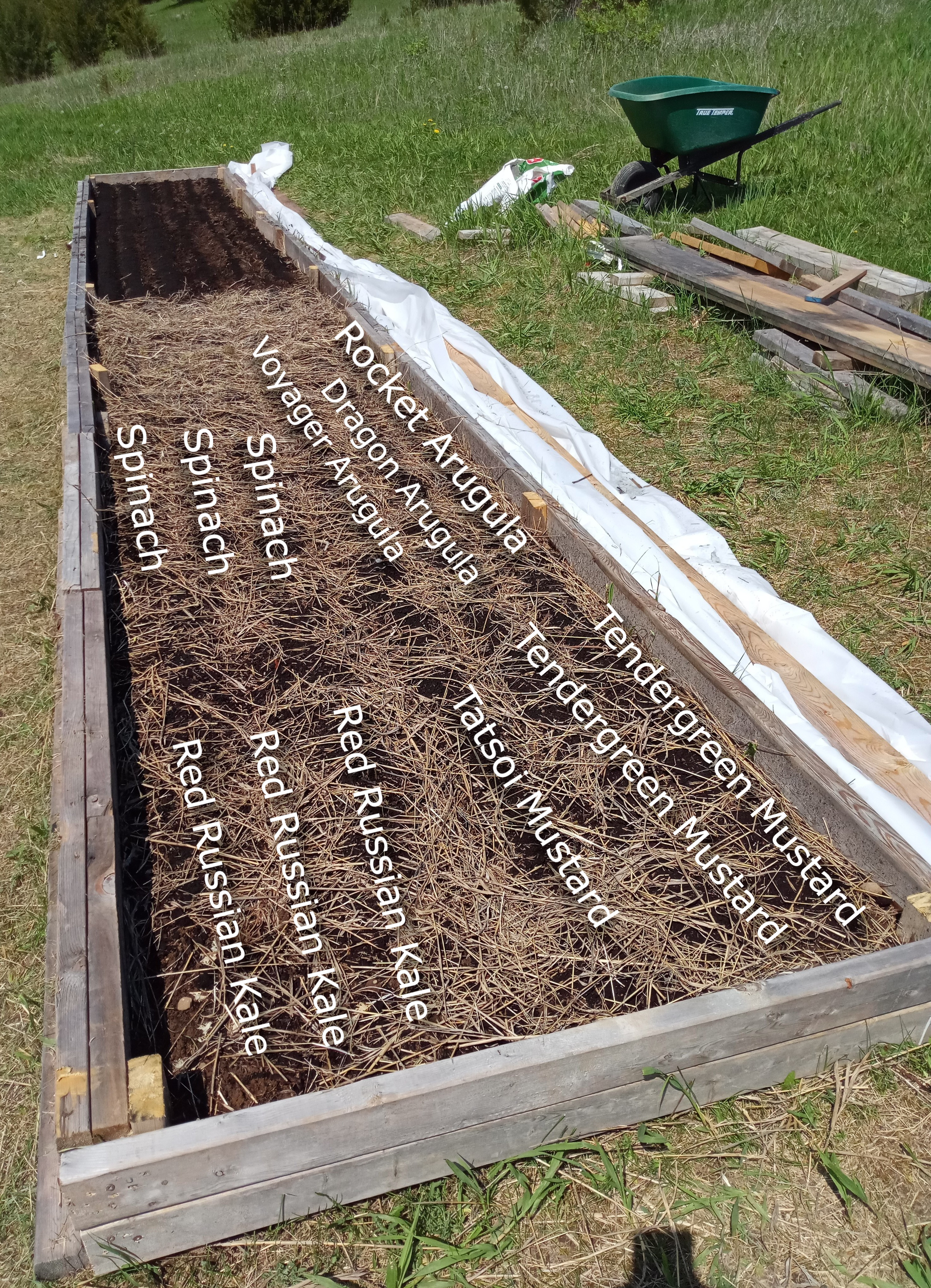 North Half of the garden box prepared... Lettuce Seeds for the North Side

I hand watered the seeded rows - after all the seeds were planted and covered with hay. Two days later, I was happy to have a few days of rainy weather to give the seeds and ground a thorough soaking.

One Week After Seeding... The Tatsoi, Mustard, and Rocket Arugula seeds were the quickest to sprout in the chilly and rainy Spring weather.

I took a closer look a few days later, the rest of the rows are filling in nicely. I'll thin out some of the rows as the seedlings get larger. For the approaching hot summer, I'll have to set up a hoop system to cover the garden box with shade netting. I will also need to set up a water catch, so I can keep the plants hydrated when there has been no rain for more than a few days.

One step closer to micro-nutrient food security for this season - next up are the cherry tomato gardens, and the root veggie box.

Congratulations @mraggaj! You have completed the following achievement on the Hive blockchain and have been rewarded with new badge(s) :

You have that raised bed set up pretty nicely. It looks like you'll have a lot of green stuff to eat this summer. :-)