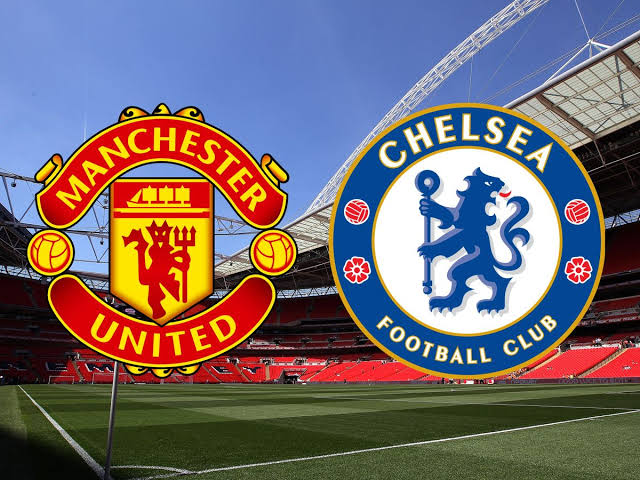 The game day 13 2021 premier league, As a biggest team in the league lock horn, when Chelsea host rival Manchester United.
The tuchel side stay in first position in English Premier League with 29 points from their 12 games, while Manchester side sit seven position with 12 point.
The European champion Chelsea are doing greate from their past 9th matches which make them unstoppable.
Thomas tuchel's sides has only conceded one goal from their 450 minutes of their last games, with look of things Chelsea will need to secure their position likes of Liverpool and Manchester city not very far behind

As for Manchester United, as closed to welcome Ralf Rangnick; their interim manager Micheal Carrick will still be in the coach when their visit to Stanford bridge. He literally did a great job in his first game as interim against Villarreal in midweek game thrash the Europa side with 2:0.
Manchester United are not in their best form this season, they hardly win their matches which results in lose against an premier league side club Watford thrash them with 4:1 in last weekend, this eventually lead to sack their coach. Some of the tuchel's side player will not be available due to some injuries and match fitness.

Ben chilwel is out with injury against their clash with Juventus midweek, he damage it ACL, during the match on champion's league clash.
N'Golo kante is one of the player to watch with his great performance on the pitch but today is out with minor knee injury.
Though Kanye's injury is not as serious but he is likely to miss out the clash today against their rival Manchester United, but let wait and see what is going to happen.
Another biggest player to miss out, Kia havertz and kovacic due to hamstring strain injury.
Since the absent of those players, I think it will encourage some new player into the game like absence of Ben chilwel will bring Marcos Alonso and Ruben Loftus-cheek into the game to play alongside jorginho in the midfielder for the absent of Kante.

As for Manchester United, some players are out die to injury and some due to their suspended.

Harry Maguire is out of the game, saw red card against Watford in their last league game which make him not to be available, Alongside Raphael Varane's injury.
Varane injury will brings Bailly into the game alnogside with Lindelof due to suspension of Maguire

No doubt Pogba is out with his inconsistent, Edinson Cavani not be available due to match fitness, Luke Shaw with head injury, while Fred with ankle injury.

Mason greenwood, confirmed covid-positive will not be available for today's meeting with their rival Chelsea. Today's game another challenges for Manchester United forward and Portuguese player, Ronaldo; will he have opportunity to see the back of the net in today's match at Stanford bridge.
Ronald has never had a good record against the blueside, failed to score against them in their ten league appearance against London Giants.
Another record awaiting if the Portuguese player have opportunity to find the net against the London giant it will make it be 800th goal for the club and country
Think this will be had game against best defence in the league presently and it will likely make life hard for him today's Giants match.

Reds are unbeaten in their last seven premier league meeting with London side.
The red keeping clean sheets in their last four meeting and the last one ended goalless. Today will history be on red devil's side.
Looking at current situation,no bad the game with the criteria listed above Chelsea is 70% high to win the game.
My prediction
Chelsea 2: 0 Manchester United.

I am adedayoolumide a Vblogger, programmer, your fake Robben. I write out my heart with pen. I always admire the presence of Learn man to make a contribution to our ecosystem. Follow me for more or my blog post @adedayoolumide

Kante out is huge! Come on Chelsea!

Congratulations @adedayoolumide! You have completed the following achievement on the Hive blockchain and have been rewarded with new badge(s):