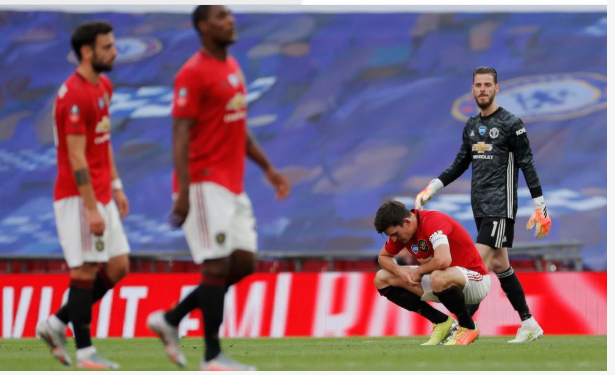 Chelsea ended Manchester United's long unbeaten run with a 3-1 win at Wembley on Sunday to set all London derby in the FA Cup final against Arsenal.

Chelsea took the lead right before half time after Eric Bailly had to be stretchered off with a serious-looking head injury.

The head clash between Eric Bailey and Maguire, was a huge blow Ole Gunnar Solskjaer, as he was forced to make a sub bringing in Marital for the injured Bailey. 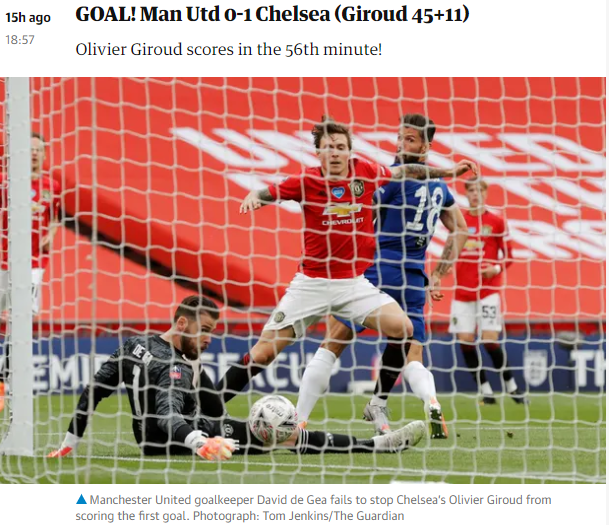 De Gea might face first XI spot after a series of uncharacteristic mistakes this season, and he added two more to his copybook with poor attempts to keep out both shots from Olivier Giroud and Mason Mount either side of half-time.

Mason Mount scored Chelsea's second goal in the 46mins as he intercepts a Williams square ball but he’s all by himself, so settles for a hopeful shot from 25 yards. It’s low and not particularly powerful, but De Kepa Gea still lets it go through him!. 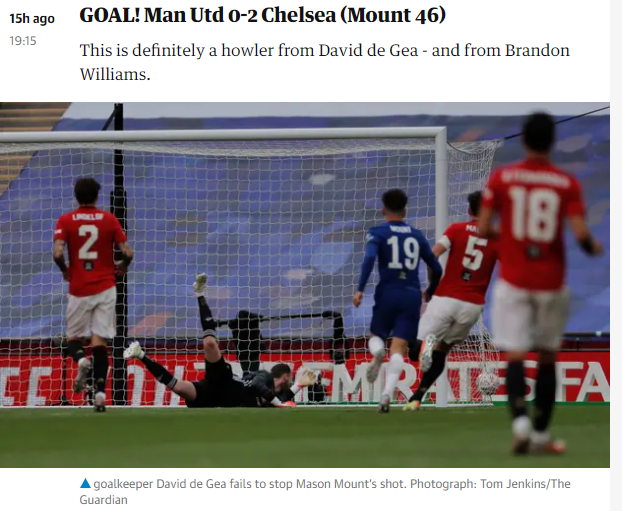 Mount should have doubled his tally in the 50th minute as Alonso and Giroud link up to give him a crossing opportunity on the left. The cross is low and finds Giroud making the near post run, but his touch is a bit heavy and the ball runs out for a goal kick, much to Oli’s frustration.

Chelsea third came in the 74th minute as Alonso cross was mistakenly put into the back of the net by United defender Maguire from a pressure from Rudiger to cause an own goal to United.

Bruno pulls one back for United after Martial was fouled in the 18yards by Callum Hudson, as he makes no mistake with a fine penalty finish. 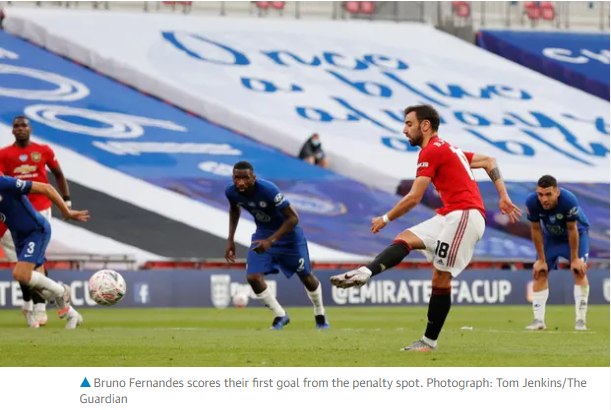