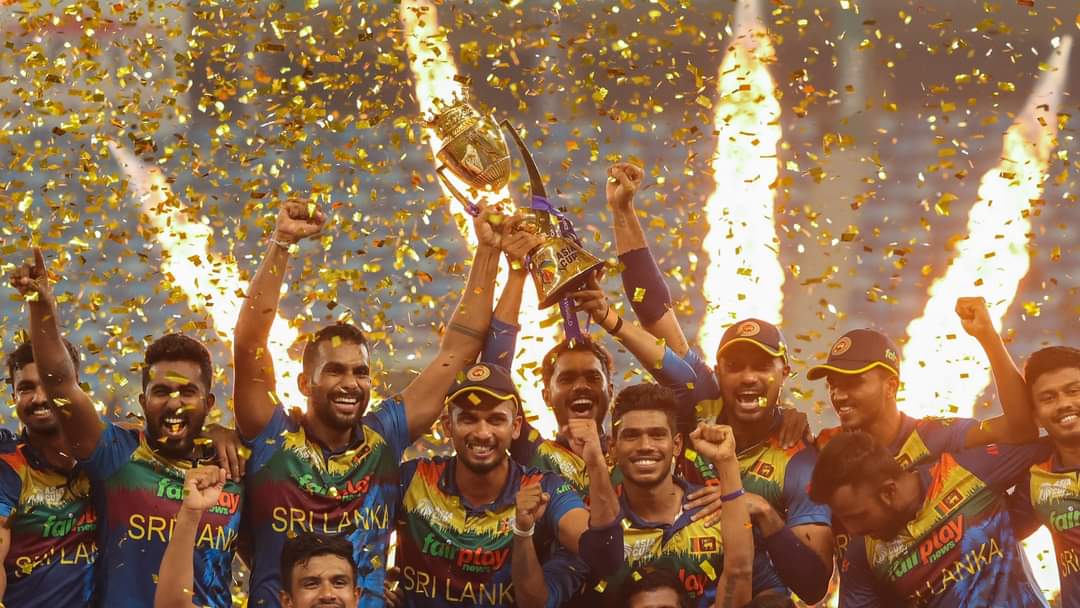 Did you know the champion team's name for this year's Asia Cup? Sri Lanka is the champion team of this season. You may be surprised to hear about Sri Lanka. Because the team that started badly made a great comeback. "Cricket is a game of uncertainty", there is nothing to be sure about. The Sri Lanka Cricket team has fulfilled this sentence. They have told the world that, Sri Lanka isn't finished yet. Hard work and dedication, will take you to the port of victory.

Sri Lanka and Afghanistan meet in the first match of the Asia Cup. But the result of the match was very disappointing for Sri Lanka. After being all out for only 100 runs, they couldn't do well in bowling. Afghanistan won by 8 wickets in just 10 overs. After this loss, everyone thought that Sri Lanka willn't perform well in this tournament. Afghanistan may compete with Pakistan and India. But what happened was quite different.

Which team will be the champion of this year's Asia Cup? Sri Lanka had only a 0% chance of answering such a question. Oh, brother! Today Sri Lanka is the champion team after passing through such a situation. They have done everything possible for them.

Considering Sri Lanka's performance in the entire tournament, they were excellent in all the matches except the first match. Hasaranga, captain Dasun Shanaka, Bavuka Rajapakse and Kusal Mendis performed really well for Sri Lanka in this tournament. The performance of other members of the team was outstanding. They won this title by performing as a team.

Sri Lanka's performance against Pakistan in the final was outstanding. In particular, the team went on the back foot after losing 5 wickets in the first five overs for only 57 runs. However, Hasaranga and Bavuka Rajapaksa's impeccable batting saw Sri Lanka score 170+ runs.

They put pressure on Pakistan's batsmen from the beginning in bowling as well. Picking up wickets at regular intervals reaches the desired port of victory. With this, Sri Lanka won the crown of excellence in Asia for the sixth time.