Evolution Of Football - How The Game Has Changed 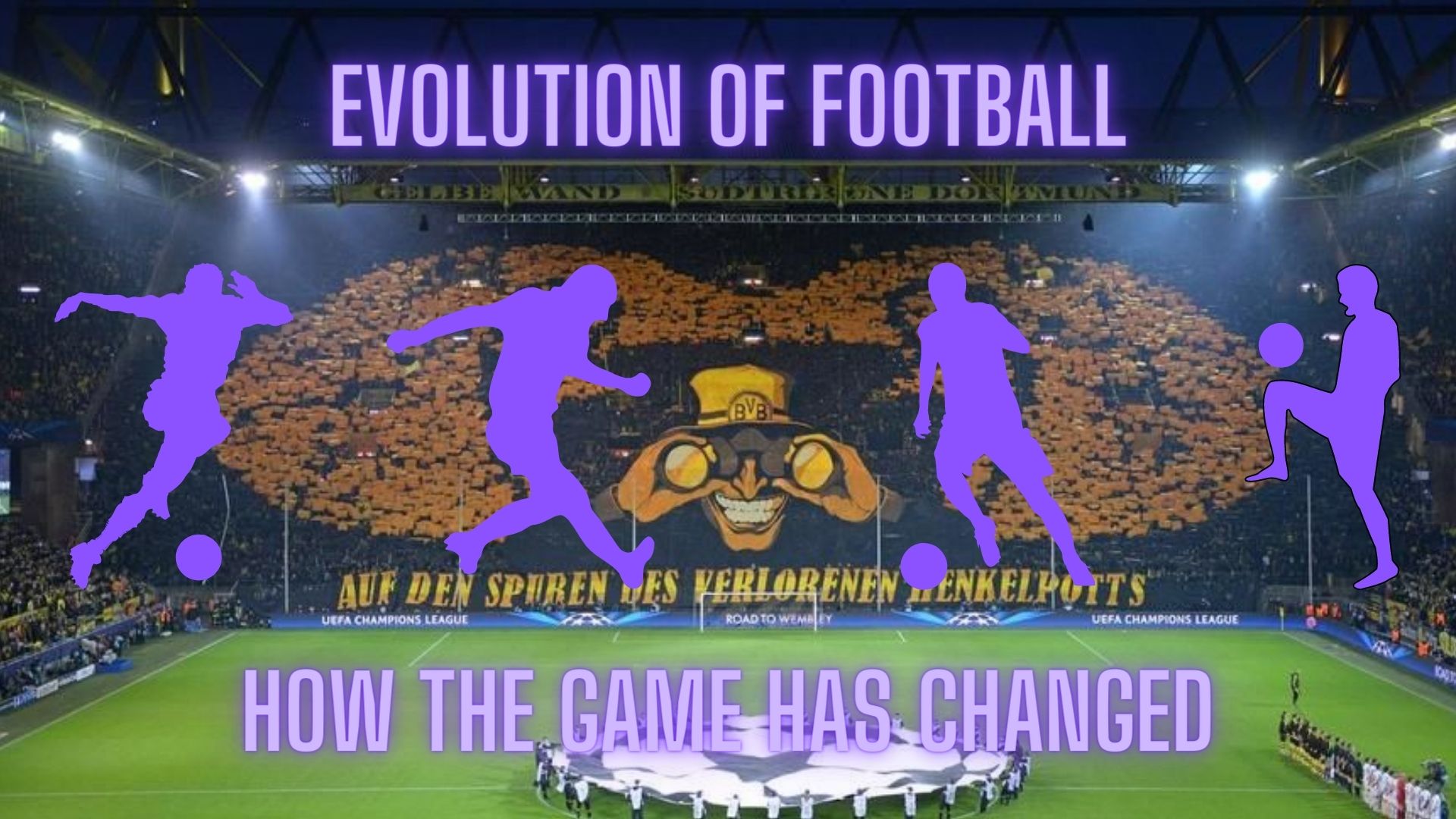 The evolution of football in the last two decades was truly amazing. I was really lucky to see player like Ronaldinho, Zidane, Henry, Cristiano Ronald or Messi play in their prime time. This is why in this article I want to look back on the evolution of football and talk about the different phases that football passed throughout the years. I will start with the year 2002 as this was the first games that I truly remember paying real attention to.

We start of with 2002 and the World Cup in South Korea and Japan. For me this was the time when people realized that the athletic side of football had a lot of room for development. The prime example was the South Korean national squad as they out ran everybody in this tournament and were able to proceed until the Semi-Finals! This is when the football world started to invest more into the development of trainings and equipment that would help measure the fitness and progress of players and develop new training methods to help the body to regenerate quicker. Diets and Physio Coaches started to get more attention as the game became faster and faster.

Although this time was the ground work for upcoming years, the was no true play style that dominated the football world. Stars like Zidane, Kaka or Henry were still the deciding factors in many games which why teams were still dependable on players alone. Not only that but the younger generation always had a hard time to get responsibilities. It was the time of teams like Arsenal (the Invincibles) or squads like Liverpool that won the Champions League Title after being 3:0 down going into half-time.

This area ended when a coach by the name of Josep Guardiola entered the stage. As a newcomer he quickly transformed his former club FC Barcelona to the best squad on the world. In the season 2008/09 he was able to win all 6 trophies with his club. His game idea was very strict and based on trust and discipline. While attacking every player had to keep the position that he was given before the game and trust the game plan. While defending every player had to do his job and when a winger did not work for the team he was subbed out. This play style lead to the “death” of stars like Zlatan Ibrahimovic or Samuel Eto’o who left the club because of differences with the coach.

This play style had absolute match control in mind. This means that from the back only passes were played that were meant to be. No unnecessary long balls and no “dead” balls. The only exception was Tiki-Taka that was meant to humiliate the opponent at a certain stage. With this idea the development of the modern goalkeeper and the playmaker center back came to life as both these positions had to be able to steer the game from the back.

In this era teams like Barcelona were dominating the European stage as well as the Spanish national team who dominated the international stage. In the time between 2008 and 2012, Spain won 3 all three major international tournaments. The only true anti-medicine against this play style was to defend for your life! Such an example was successfully executed by Jose Mourinho’s teams that were able to defend cleverly and therefore come out successfully.

After this time frame, teams started to understand the pervious idea of Barcelona more and more. This lead to teams that had the requirement to be very adjustable during games and not be able to just play one strategy. On eof the best examples was the game of Bayern Munich against Barcelona in the simi final of the Champions League of 2013. On aggregate Bayern was able to beat Barcelona 7-0 because they managed to adapt their play style throughout the game. In phases where Barcelona was attacking very well, Bayern was able to defend very well and in phases where Barcelona needed a break they were able to capitalize from that and score their goals.

The most successful teams during this time period could adjust themselves very well and had true personalities that were leading the team. These were players in their peak of their careers like Manuel Neuer, Sergio Ramos, Cristiano Ronaldo or Bastian Schweinsteiger (just to name a few). Teams like Germany in the World Cup 2014, or the Real Madrid Team that won the CL title three times in a row seemed to always have a great solution in their hand for every problem that was waiting for them.

The last phase started somewhere around 2018. I feel like the game shifted more towards complexity and tactics. With terms like “Gegenpressing” the Liverpool squad gained a lot of hearths around the world but I feel like that is not the only true tactical novelty that happened since then. With the game becoming even more athletic and complex coaches are now trying to outcoach the opponent. Great minds like Tuchel, Klopp or Guardiola are forming the current ideas into new forms of football. Especially the teams of Tuchel are supposed to have different strategies for each situation in the game. For this multifunctional player are very important. These are supposed to play different positions in different areas and with different play styles.

One of the best examples of the thinking processes of coaches is the quote of Julian Nagelsmann (current Bayern Munich coach). He would prefer that the players understand 5 out of the 10 things that he is trying to teach them rather than 2 out of 3. This is why most his training sessions are not only hard for the body but also for the mental capacity of the players. I think that other coaches have the same mentality as Guardiola or Tuchel are known to be perfectionists. Teams that are very successful during the current time is Machester City with Pep Guardiola and the last years CL winner FC Chelsea with Thomas Tuchel as coach.

#sportstalk #sports #football #ocd #proofofbrain #hive #posh
8 months ago in Sports Talk Social by ga38jem (68)
$1.98
44 votes
Reply 3
Sort:
[-]
poshtoken (80) 8 months ago
The rewards earned on this comment will go directly to the person sharing the post on Twitter as long as they are registered with @poshtoken. Sign up at https://hiveposh.com.
$0.00
Reply
[-]
chessbrotherspro (66) 8 months ago