It's The Female Referees Who Are Not Giving It A Rest😎 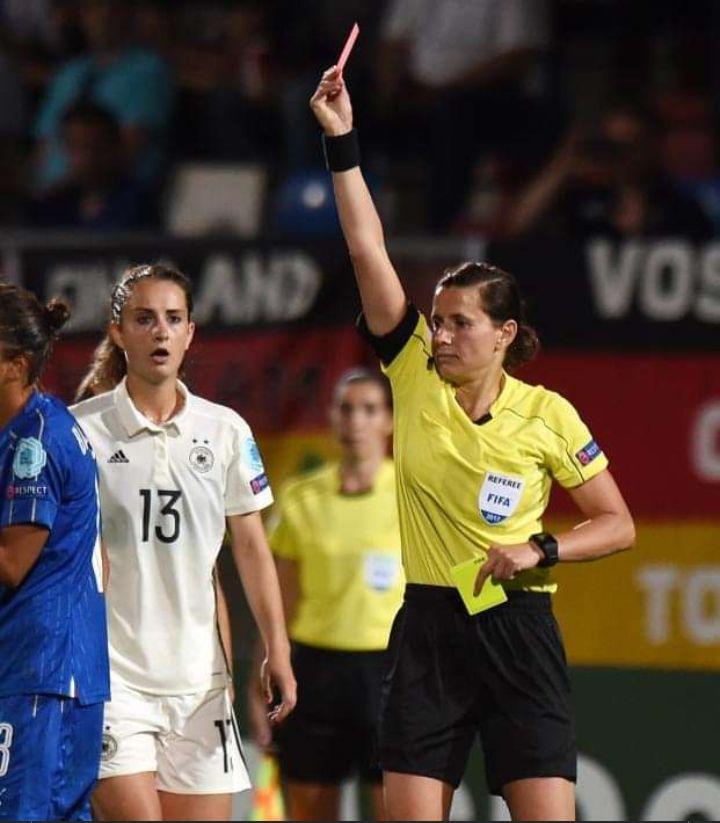 Barely a week Stephanie Frappart became the first female to officiate the UEFA Champions League (Juventus vs Kyiv)😎, Kateryna Monzul, a referee from Ukraine 🇺🇦, has also been given the go ahead to officiate a Europa League 🏆 match tomorrow💪🏽.

She will be officiating the match between Gent and Slovan Liberec👍🏽, and her performance will be assessed by Alfredo Trentalange from Italy 🇮🇹.

Kudos to UEFA for promoting her female referees🙂., and a big congrat to Kateryna and Ukraine 🇺🇦 FA for this achievement💪🏽.

Congratulations @ibkdagreat! You have completed the following achievement on the Hive blockchain and have been rewarded with new badge(s) :

Thanks. I definitely got the information.