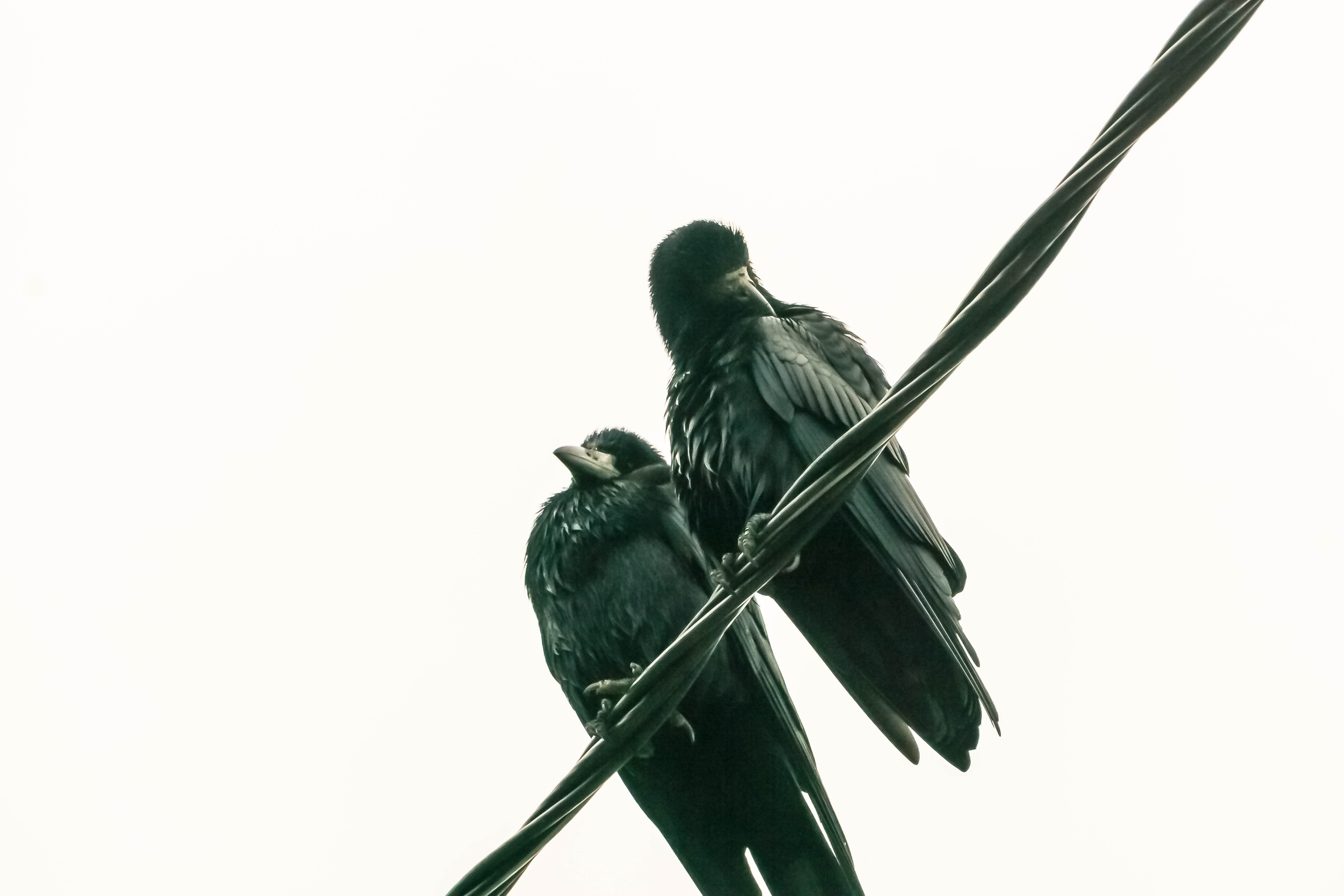 I really want to show this story of bird tenderness, although all the photos are of poor quality. It was very cloudy outside. It was only possible to photograph birds from one side. On the other hand, the roadway was very close. And they sat too high. Plus the black plumage of rooks. It is difficult to photograph them even in sunny weather.

The first thing that catches your eye on the street is the birds. I love to look at them. They have different behaviors, just like humans. Yesterday I immediately noticed two rooks sitting on a wire. I drew attention to them from afar. They sat side by side, very close to each other. You don't see this often. One rook carefully tried to attract the attention of another. He gently touches the feathers of another bird with his beak. He stroked it with his beak. From the outside it looked very soulful. 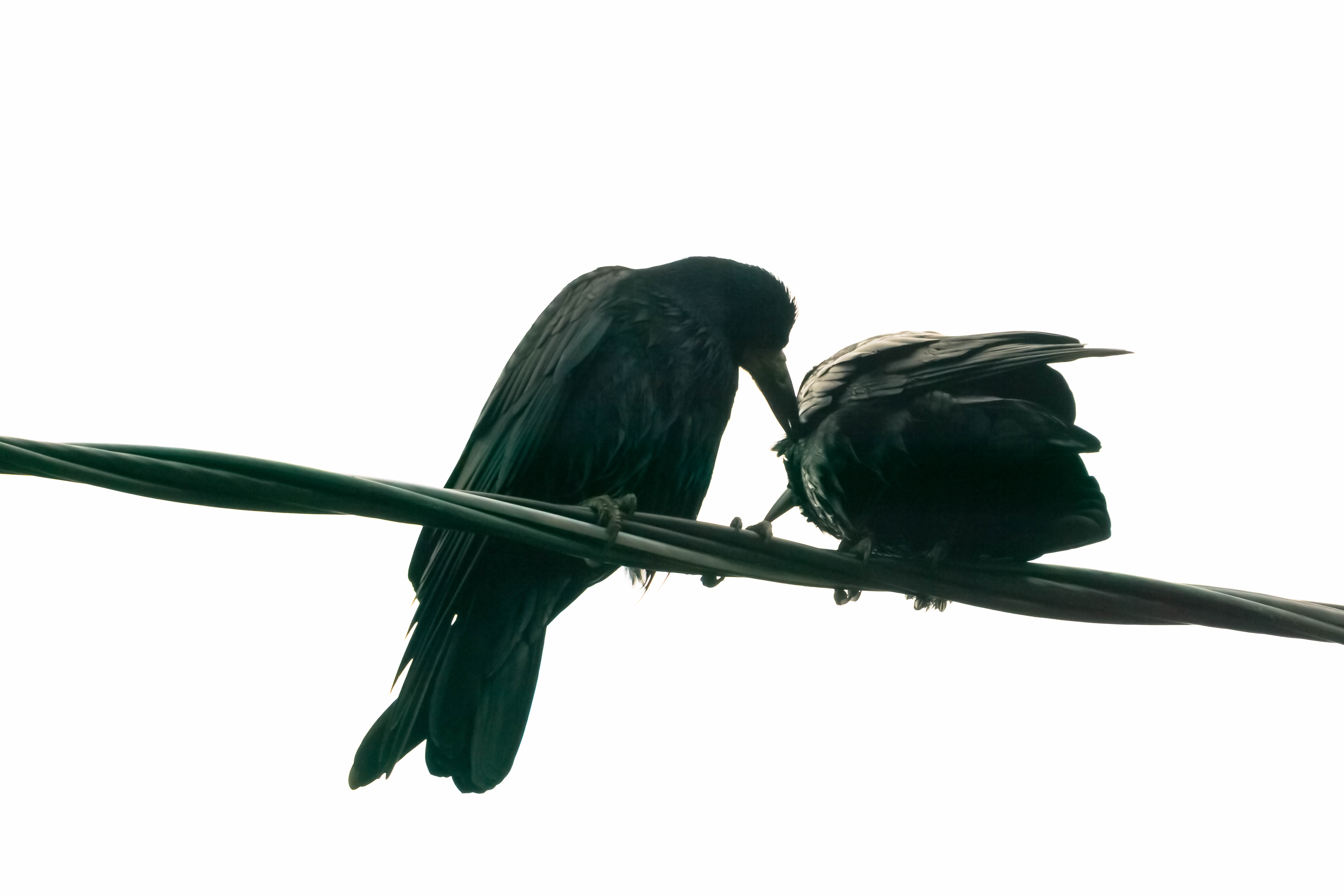 The impression was that the rooks had quarreled. If one rook showed courtesy towards another, then he sat indifferently. Sometimes another rook turned away from his friend. 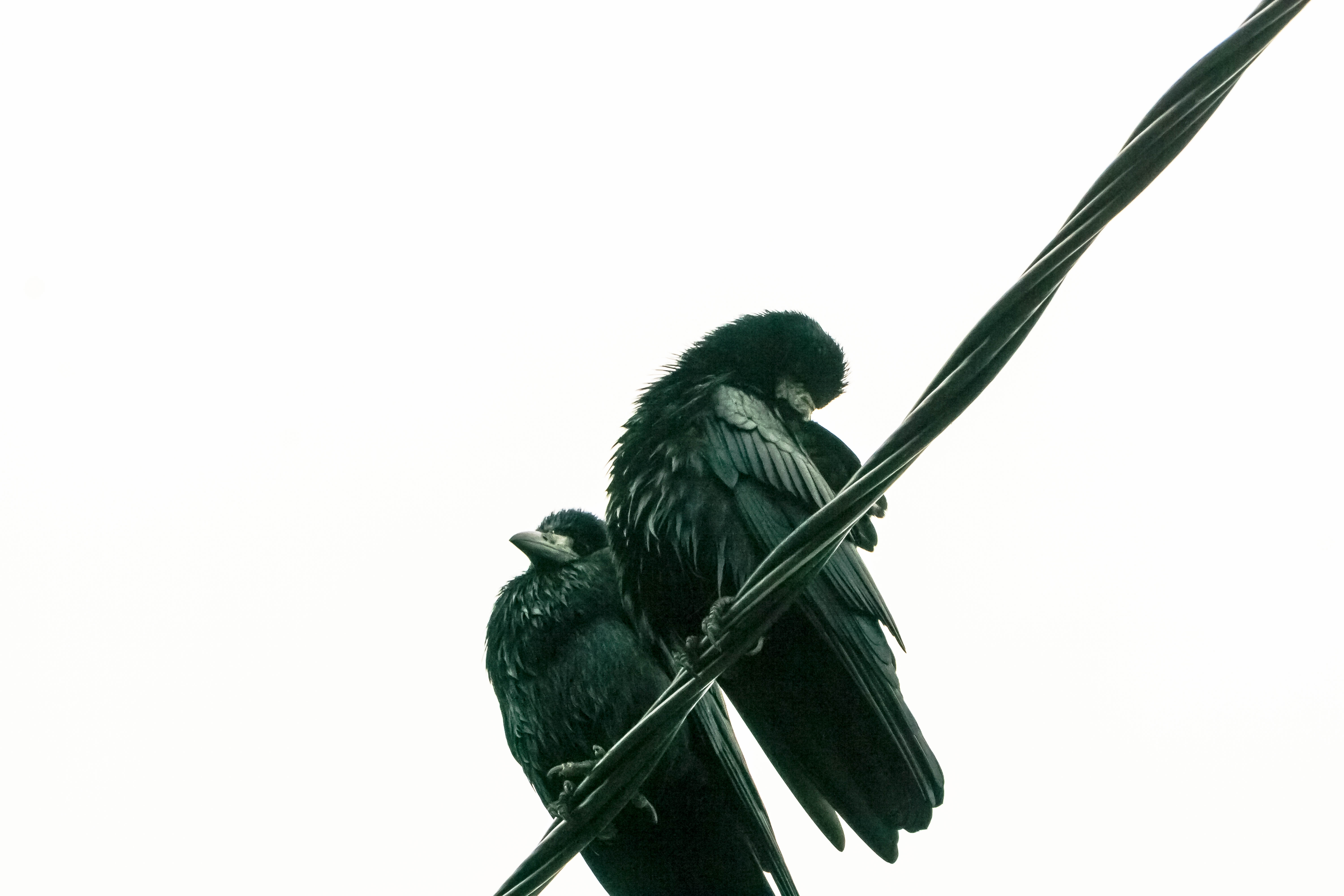 But all the same they sat side by side closely to each other. 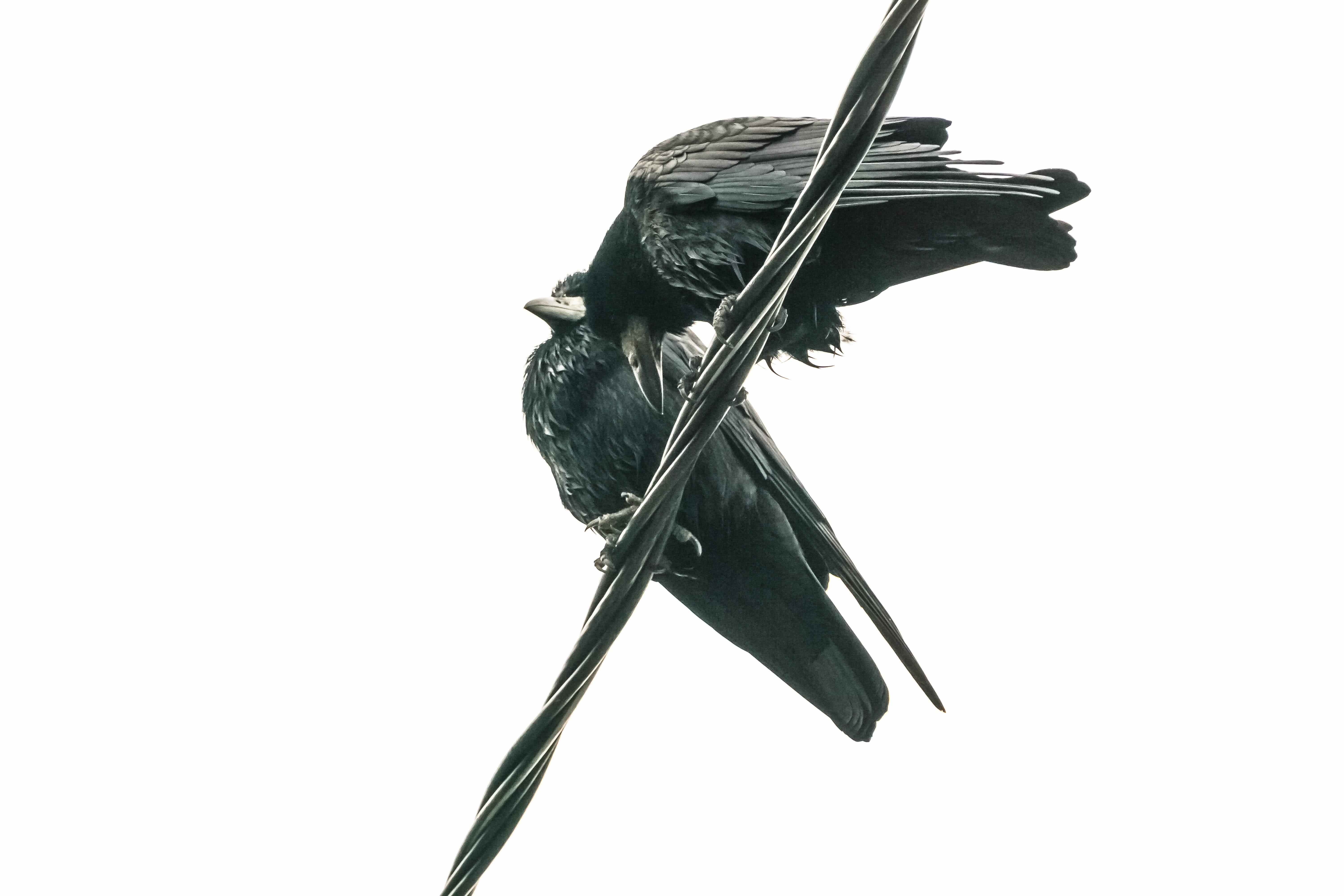 I wonder who is a woman and who is a man. Rooks do not have such a clear difference as some other birds have differences in plumage. 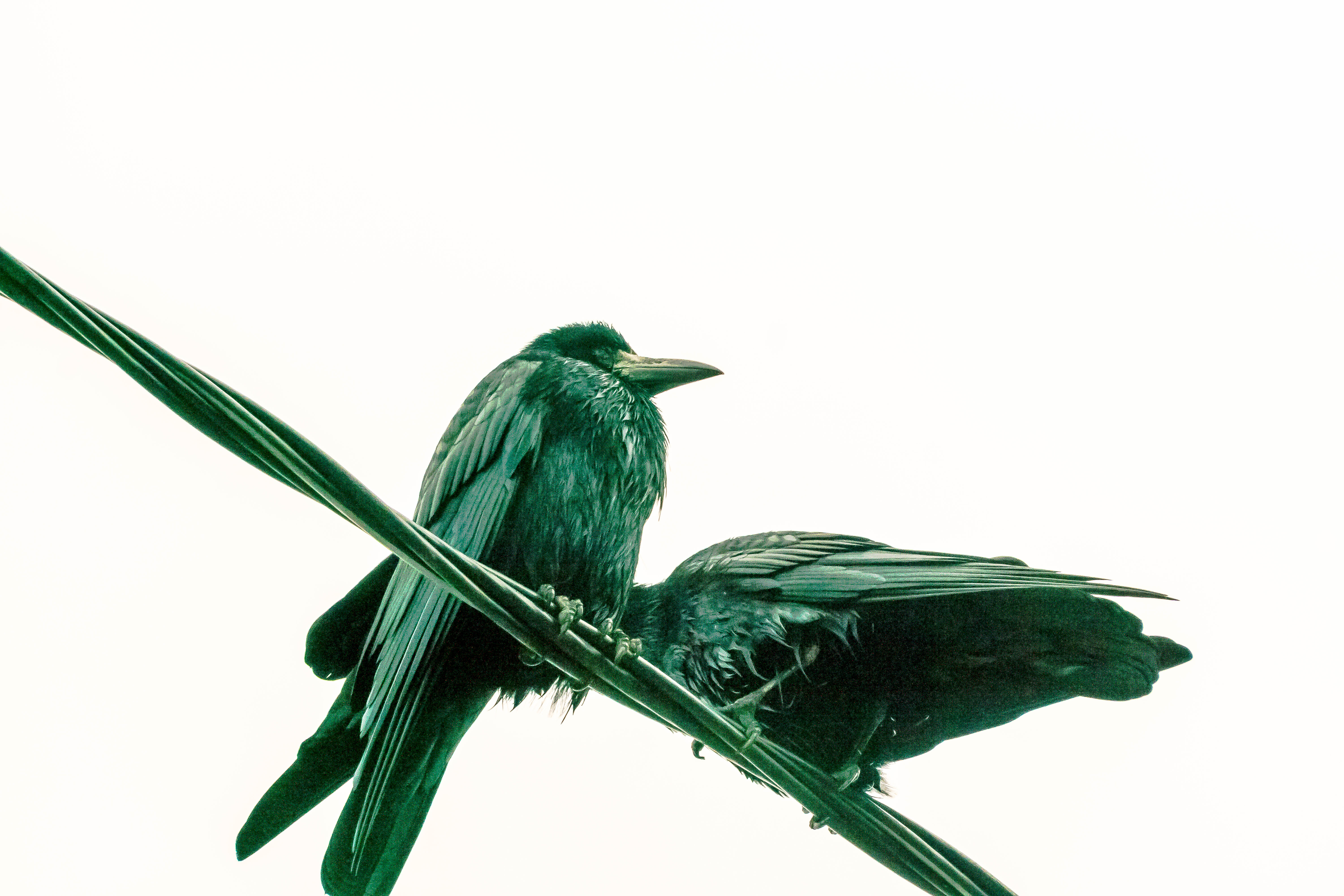 I stood and could not part, it was so interesting to watch this pair of rooks. I photographed every new movement of the active rook. From the outside, he looked guilty in front of his friend. And as if he was trying to apologize. 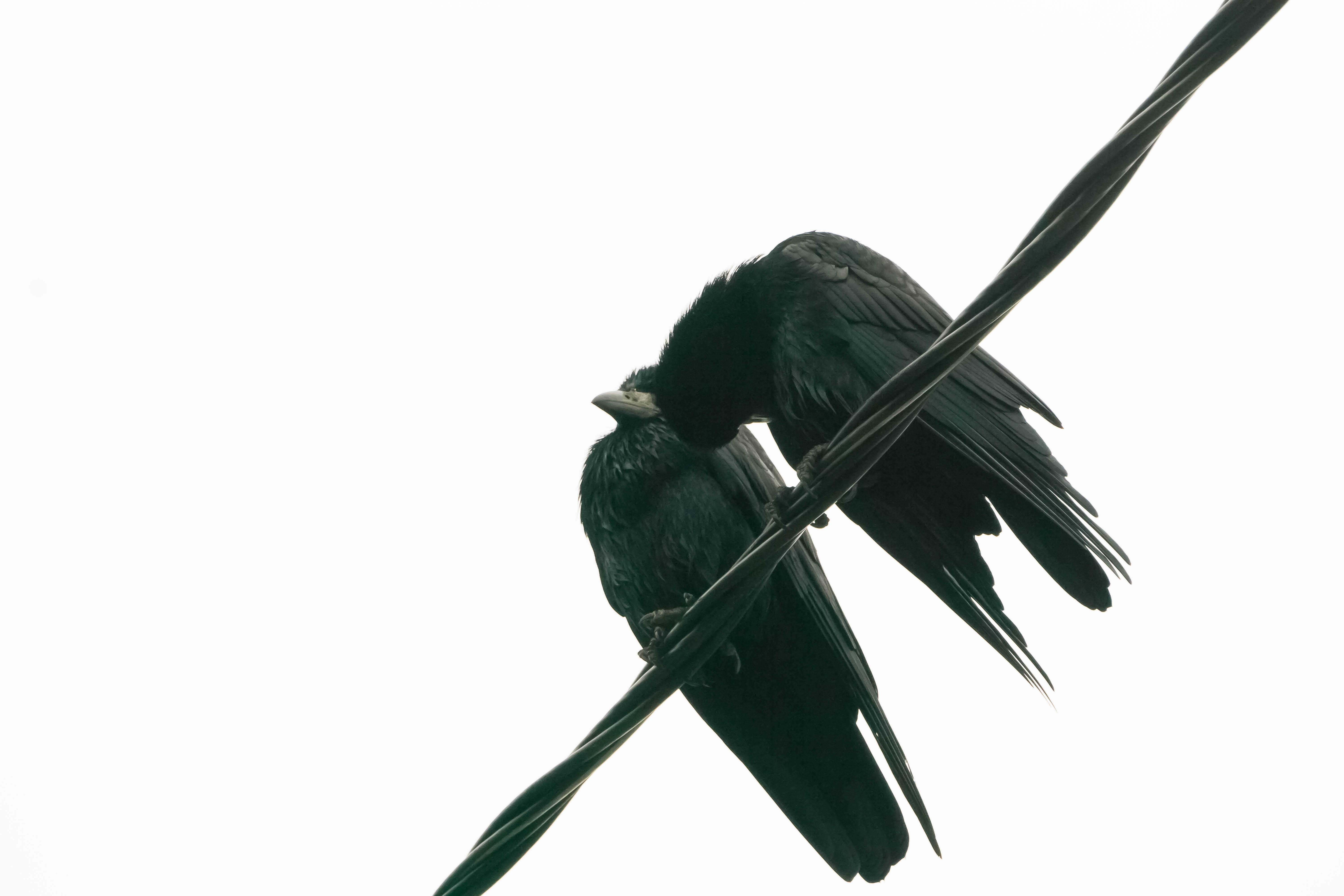 Here it seems that one of the rooks is whispering something sweetly in the ear of the other. Persuades him to accept the courtesies and no longer be offended. Perhaps he speaks in a bird's language - forgive me, please. I will always behave well. 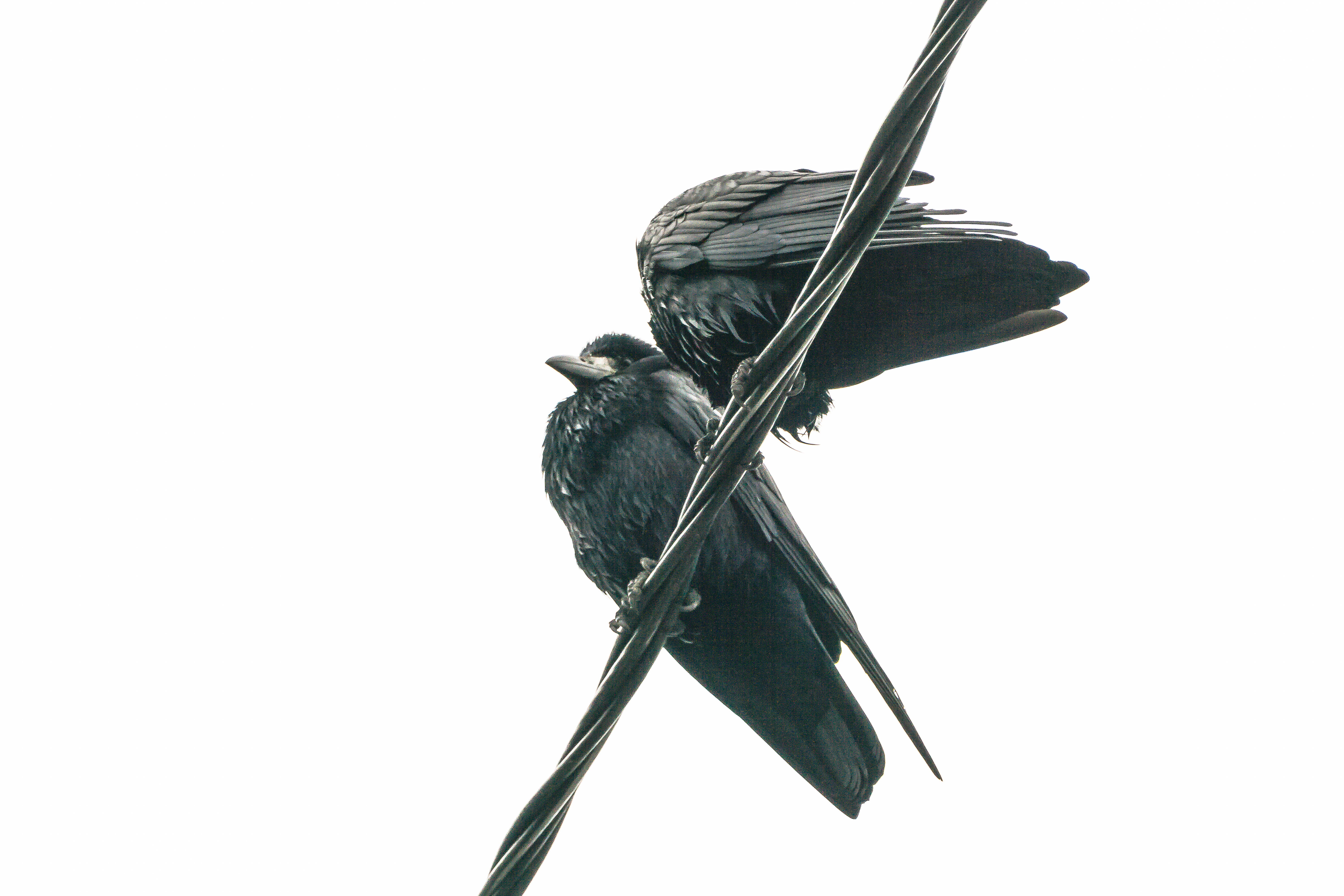 The other rook was sitting on the wire without moving. This is resilience. Doesn't lend itself to persuasion. 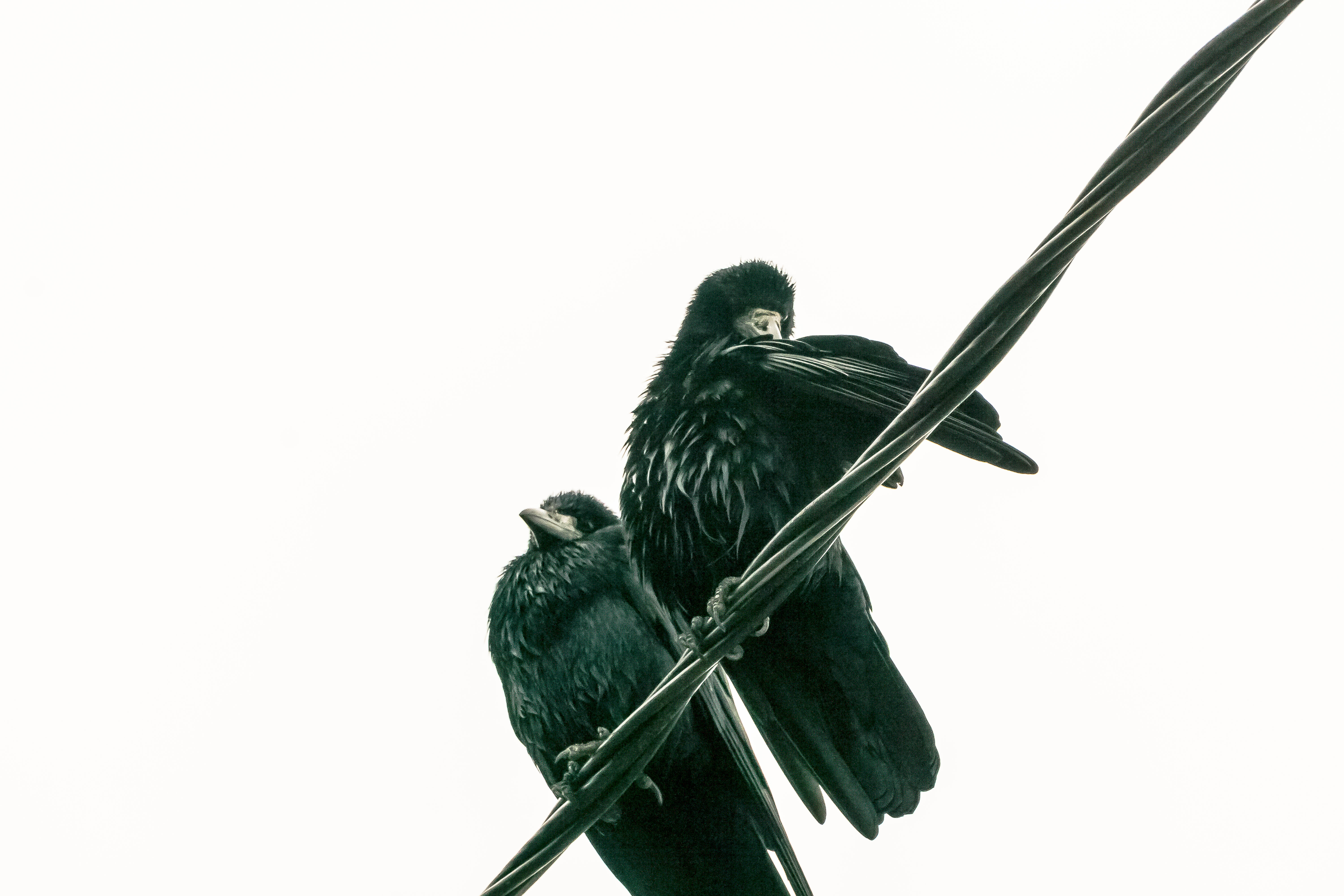 The rook is upset that his friend or girlfriend does not make concessions and does not want to communicate in any way. He raised his wing, as if wiping away tears of resentment. 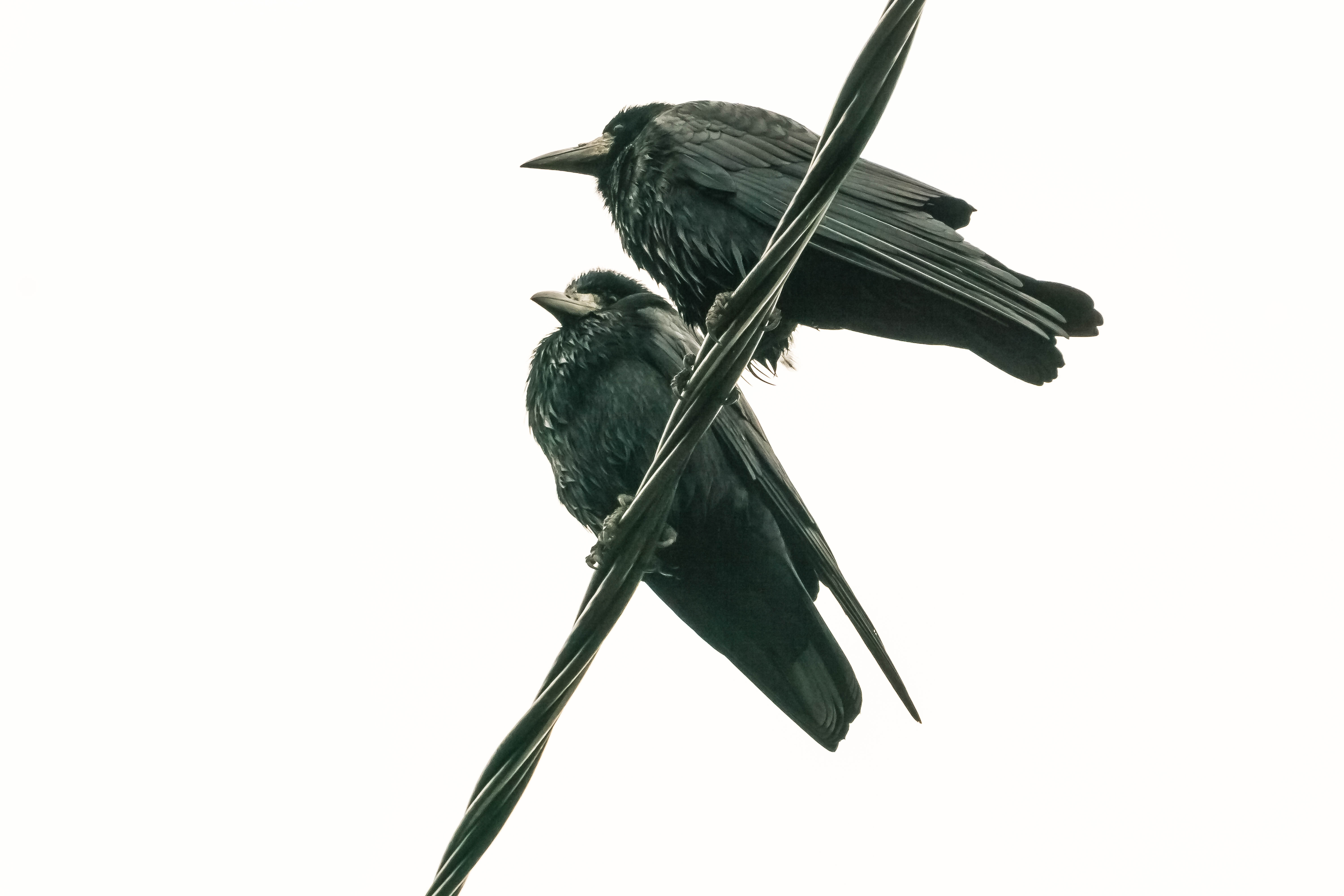 Rook had to come to terms with his friend's indifference. Then he calmly sat down and began to inspect the surroundings.