A Word of comfort

But soon afterward a violent wind [of the character of a typhoon], called a northeaster, came bursting down from the island.
15 And when the ship was caught and was unable to head against the wind, we gave up and, letting her drift, were borne along.
16 We ran under the shelter of a small island called Cauda, where we managed with [much] difficulty to draw the [ship’s small] boat on deck and secure it.
17 After hoisting it on board, they used supports with ropes to undergird and brace the ship; then afraid that they would be driven into the Syrtis [quicksands off the north coast of Africa], they lowered the gear (sails and ropes) and so were driven along.
18 As we were being dangerously tossed about by the violence of the storm, the next day they began to throw the freight overboard;
19 And the third day they threw out with their own hands the ship’s equipment (the tackle and the furniture).
20 And when neither sun nor stars were visible for many days and no small tempest kept raging about us, all hope of our being saved was finally abandoned.
21 Then as they had eaten nothing for a long time, Paul came forward into their midst and said, Men, you should have listened to me, and should not have put to sea from Crete and brought on this disaster and harm and misery and loss.
22 But [even] now I beg you to be in good spirits and take heart, for there will be no loss of life among you but only of the ship.
23 For this [very] night there stood by my side an angel of the God to Whom I belong and Whom I serve and worship, 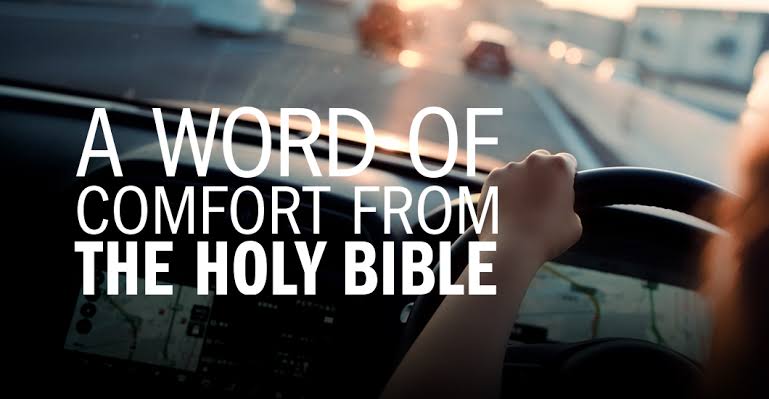 As a prisoner being taken to Rome to appear before Caesar for preaching the gospel, Paul was on a ship that got caught in a storm. All efforts by the ship's crew to save the situation failed. Help, however, came from an unexpected source, from Paul who though experienced in shipping technology, spoke words of comfort and encouragement (verse 22-25).

If you submit yourself to God, he will make you a channel of comfort to others and He will not leave you comfortless at your own time of need. He can give you the tongue of the learned, to speak a word in season to the wearied ones.

We comfort others with the same comfort with which God comforts us.

I'm @imadear thanks for visiting my blog.

You can't give what you don't have....
A comfort heart and a comfort life can give out comfort if your life is not grounded on God's comfort there's no way comfort can flow through you.

@imadear, When we know that we are walking on the Path Of Faith it brings comfort. Stay blessed always.