anomadsoul (77)in Informationwar • 4 months ago (edited)

Mexico is a colorful country with what some could deem as some retrograde ideas, especially against western civilization's way of thinking. I don't think it's wrong, I'm somewhat of a conservative when it comes to some social issues - not a conservative in the way the USA wrongly depicts this political wing - but libertarian in pretty much everything else.

Personally, I don't enjoy the way third wave feminism - or should I say, the way the powers, money and agenda behind the third wave feminist puppet - is shaping modern, western societies, and I definitely don't like how this agenda already reached Argentina and Chile full force, and now is permeating Mexico and some Central American countries.

But that's not the point of my post, I'm not going to get all political here and I definitely don't want to get into pointless conversations in the comment section, so let's not make this post a political one, I'll keep to just share some activism walls I found in downtown Puebla this weekend and I'll limit myself to describe them and translate them for you. It's up to you what you make out of these images, not up to me. I've avoided speaking about politics on Hive for way too long to mess up my record now.

Walking and exploring this downtown was fun and chill, and the activism doesn't really mess up with anything, it's just there sending a message and it actually gives some color and kind-of-exotic-in-a-third-world-country kind of thing to the streets where I found it. 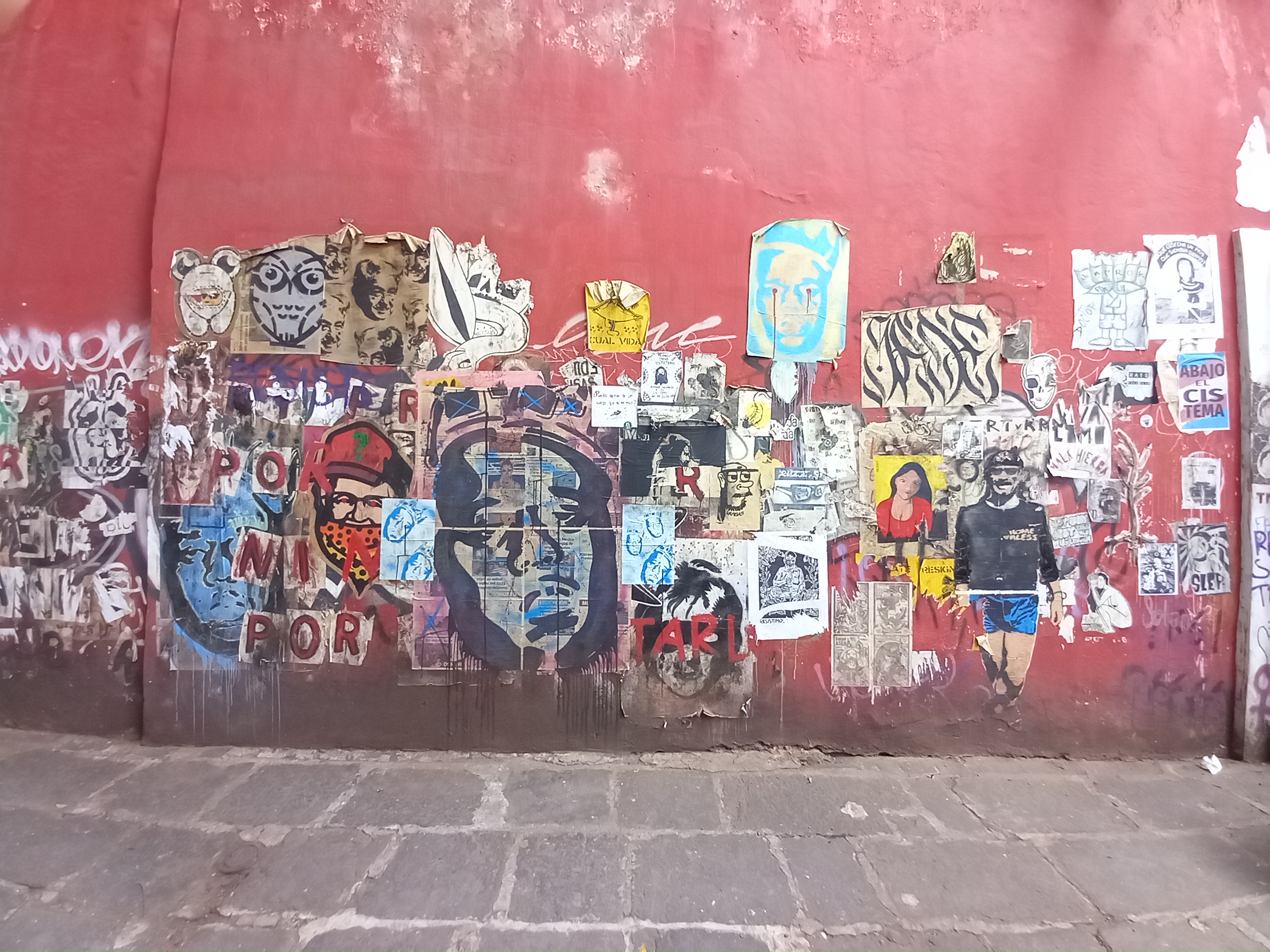 From left to right:
Yellow on top: Which life?
White, bellow yellow: Can you have an opinion over a body that is no more?
White bellow blue guy: We resist
White, next to the guy in black shirt: Bad weed, never dies
White on top right: What can consume, a country that plants bodies?

I didn't get pregnant by myself 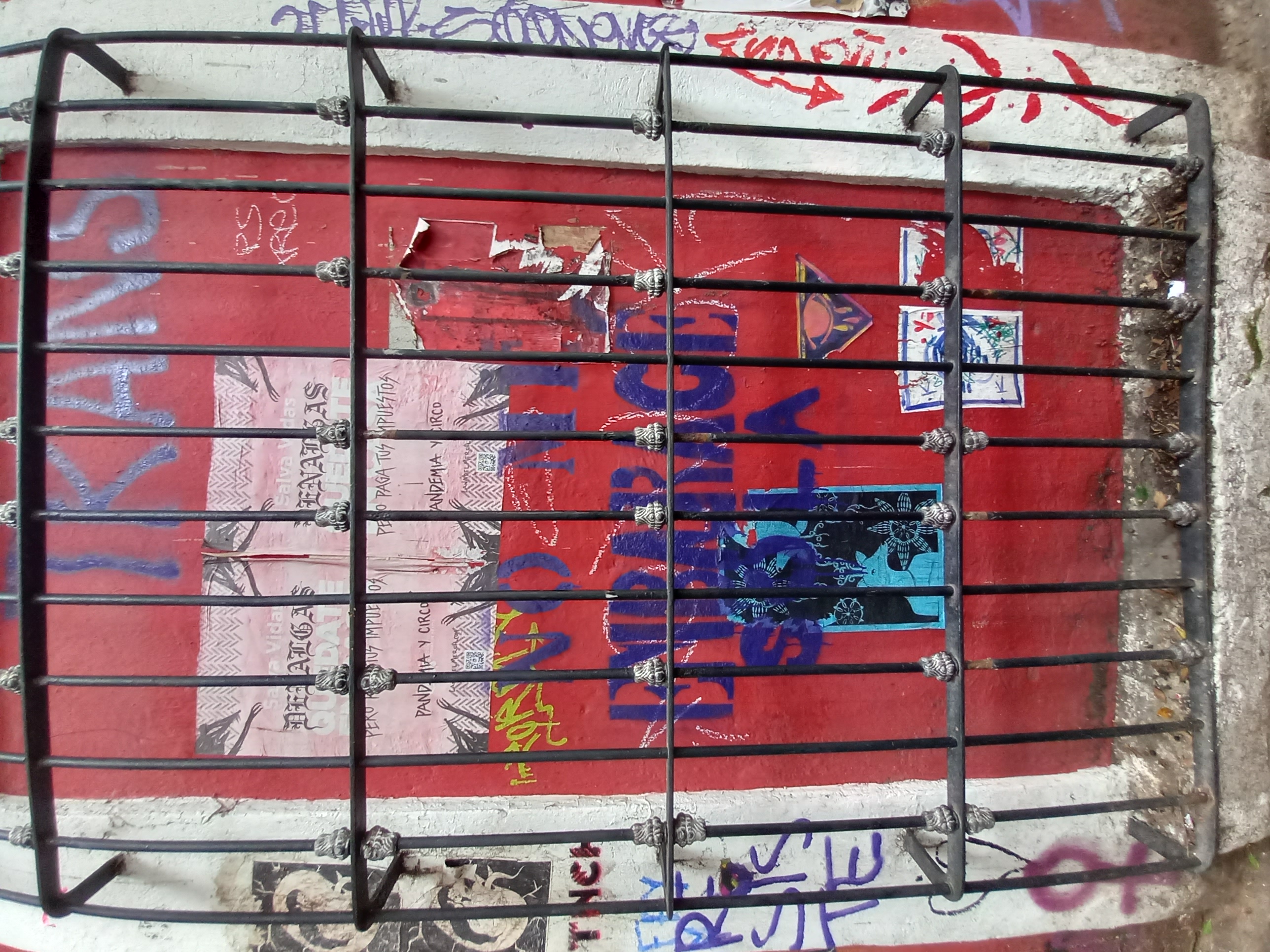 From up to down (Or above to below?):
On black: Trans
Pinkish: Save Lives, Bend Over. Stay At Home, But Pay your Taxes. Pandemic and Circus
Purple on the left: Resist

In here we make fight 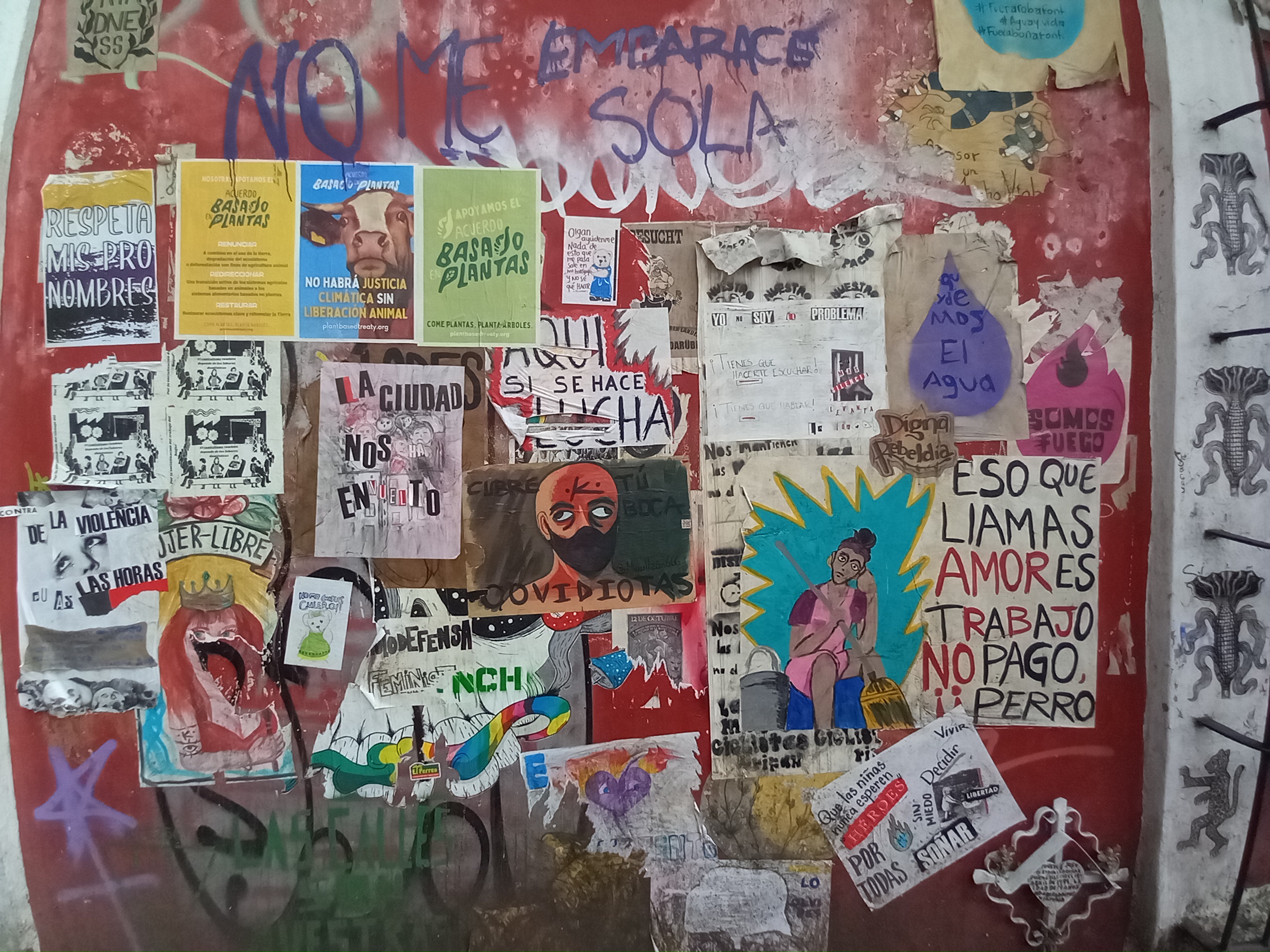 From left to right:
yellow, white, black: Respect my pronouns
Cow: There will be no justice without animal liberation
Green next to cow: We support the accord "based on plants"
White bottom left: Against the violence
Next to bald guy: The city has wrapped us up
Bald guy: Covidiots
White left to drop of water: I am not the problem. You have to raise your voice! No more violence. You must speak up! Raise your hand.
Bottom right: Let girls never wait for heroes. For all of us. Fearless, alive, freedom, dreaming.
Bellow drop of water: That of which you call love is work, not payment, dog!
Fire next to drop of water: We are fire 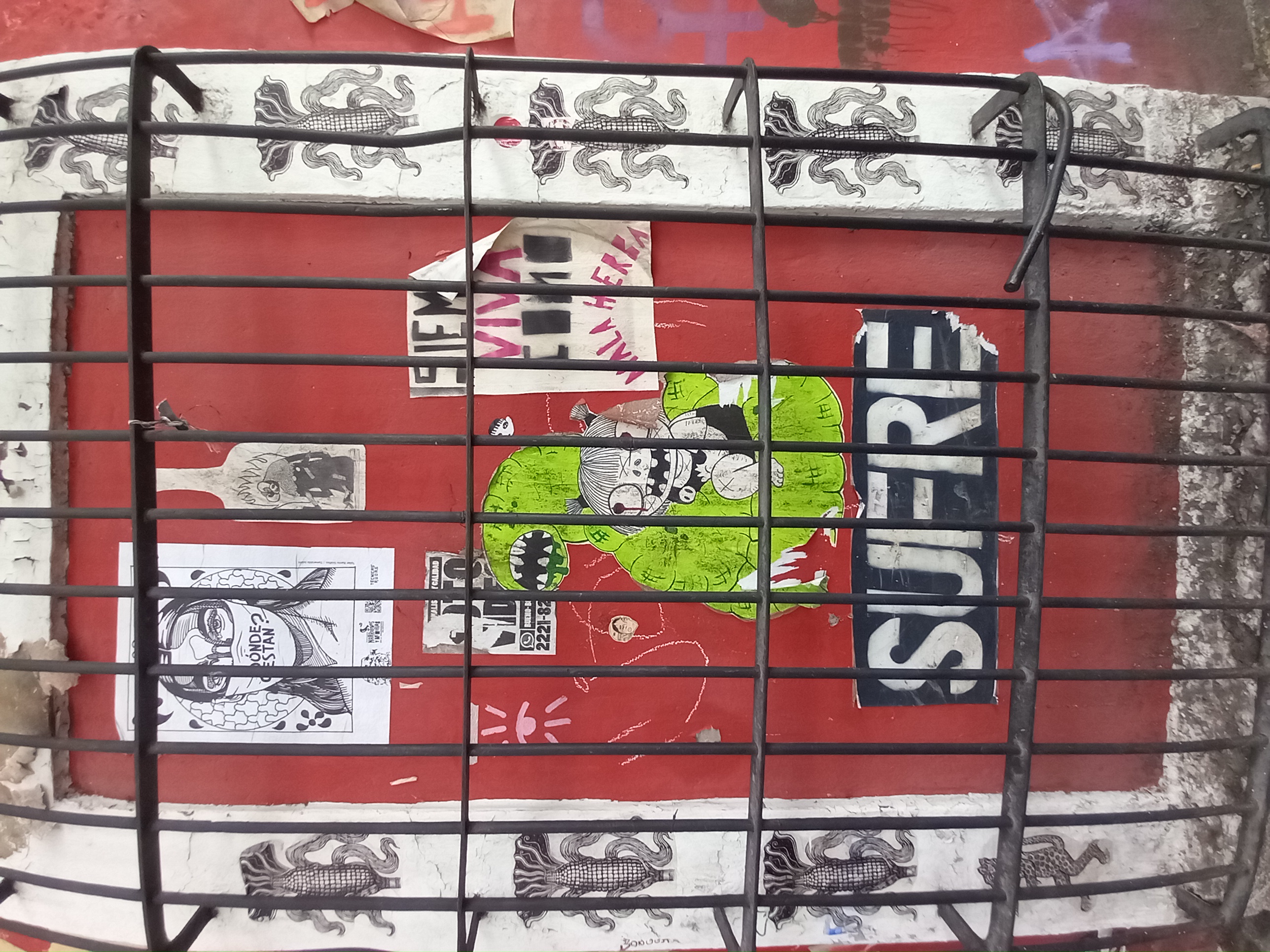 Woman with muzzle: Where are they?
Suffer
The corn surrounding the pieces means something along the lines "women are children of the corn, they are one with nature". 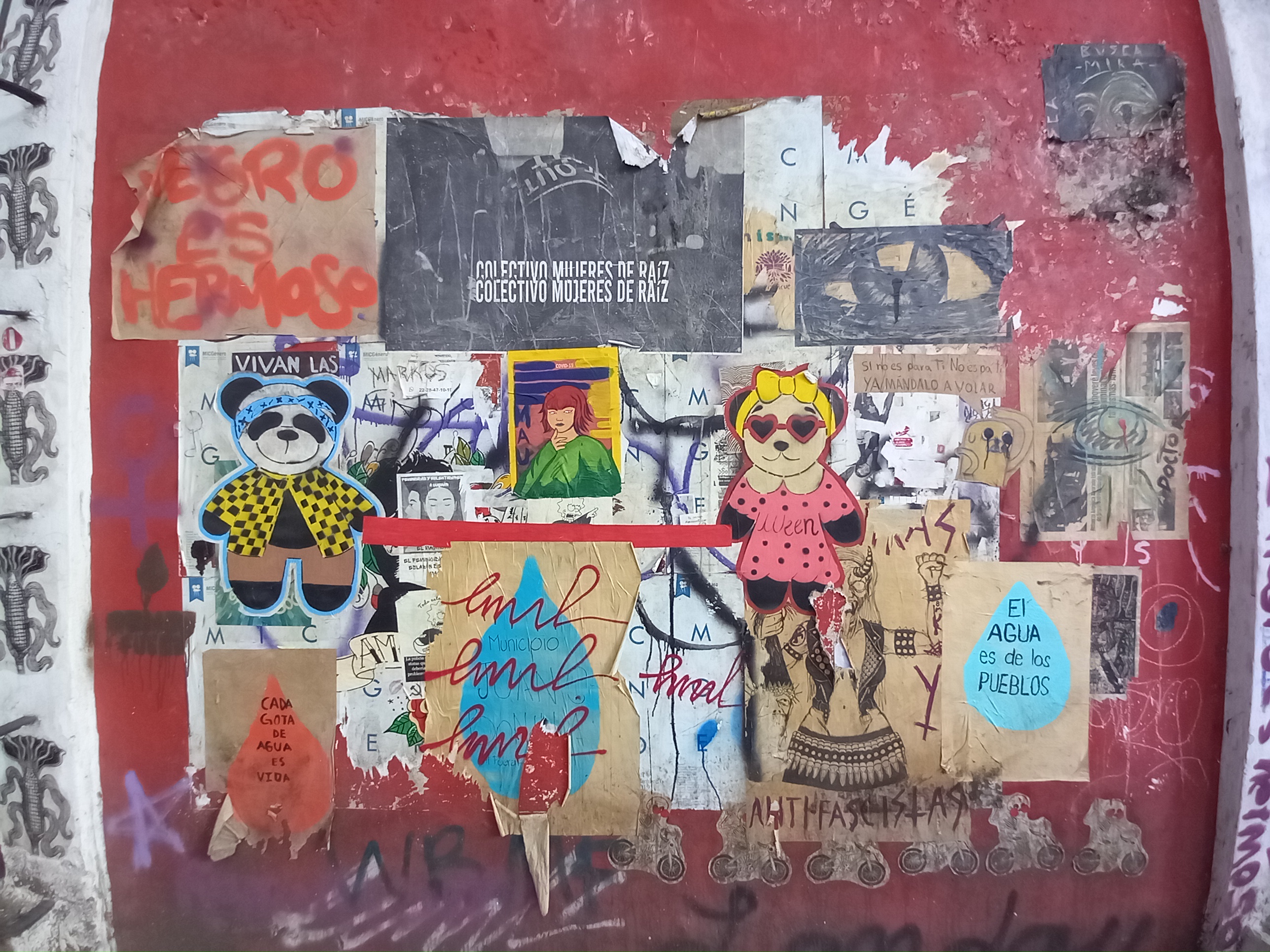 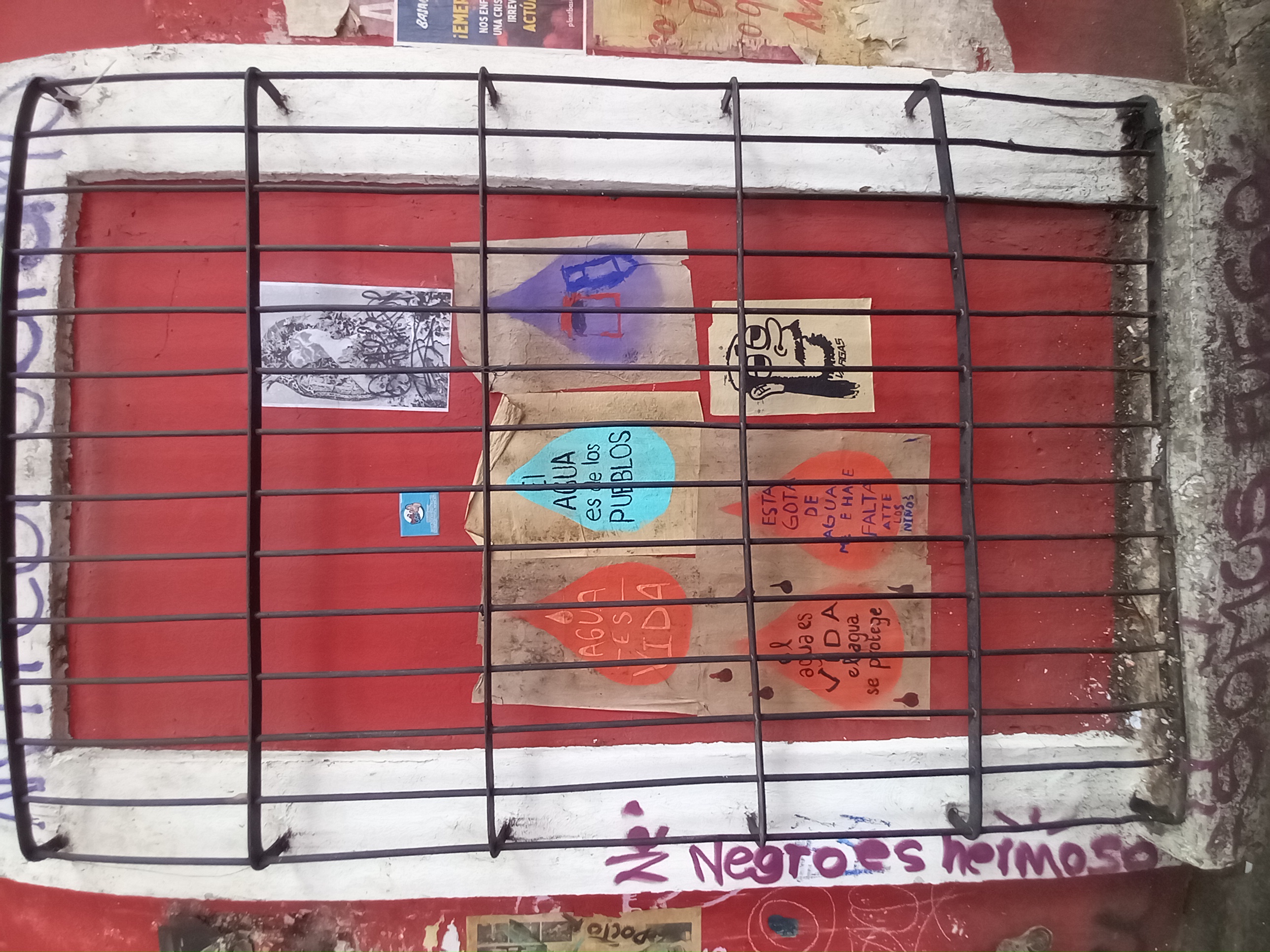 The water belongs to the people
Water means life, the water is to be saved
This drop of water is which I lack.
Black is beautiful

Fucking enough with your patriarchal pact 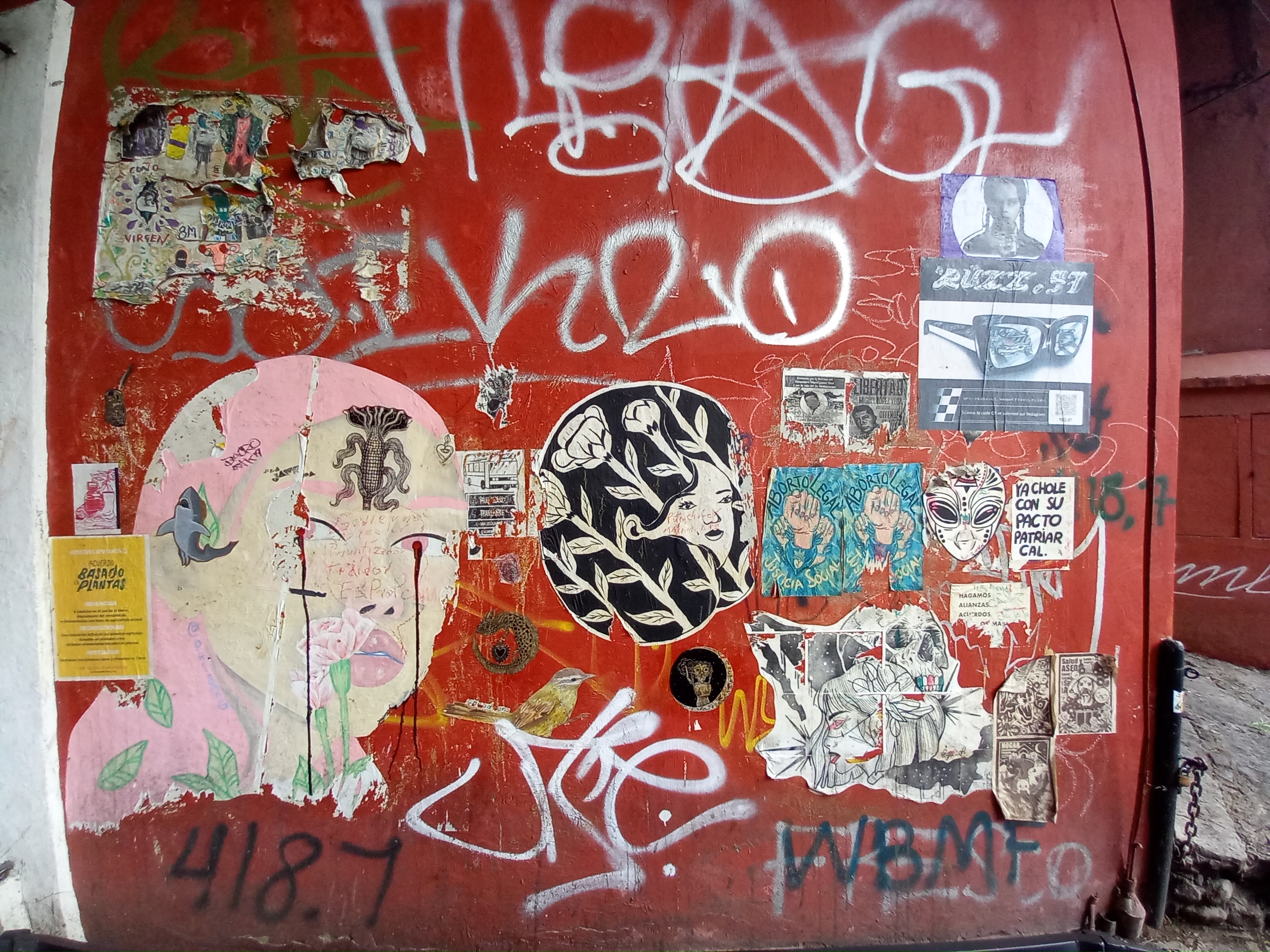 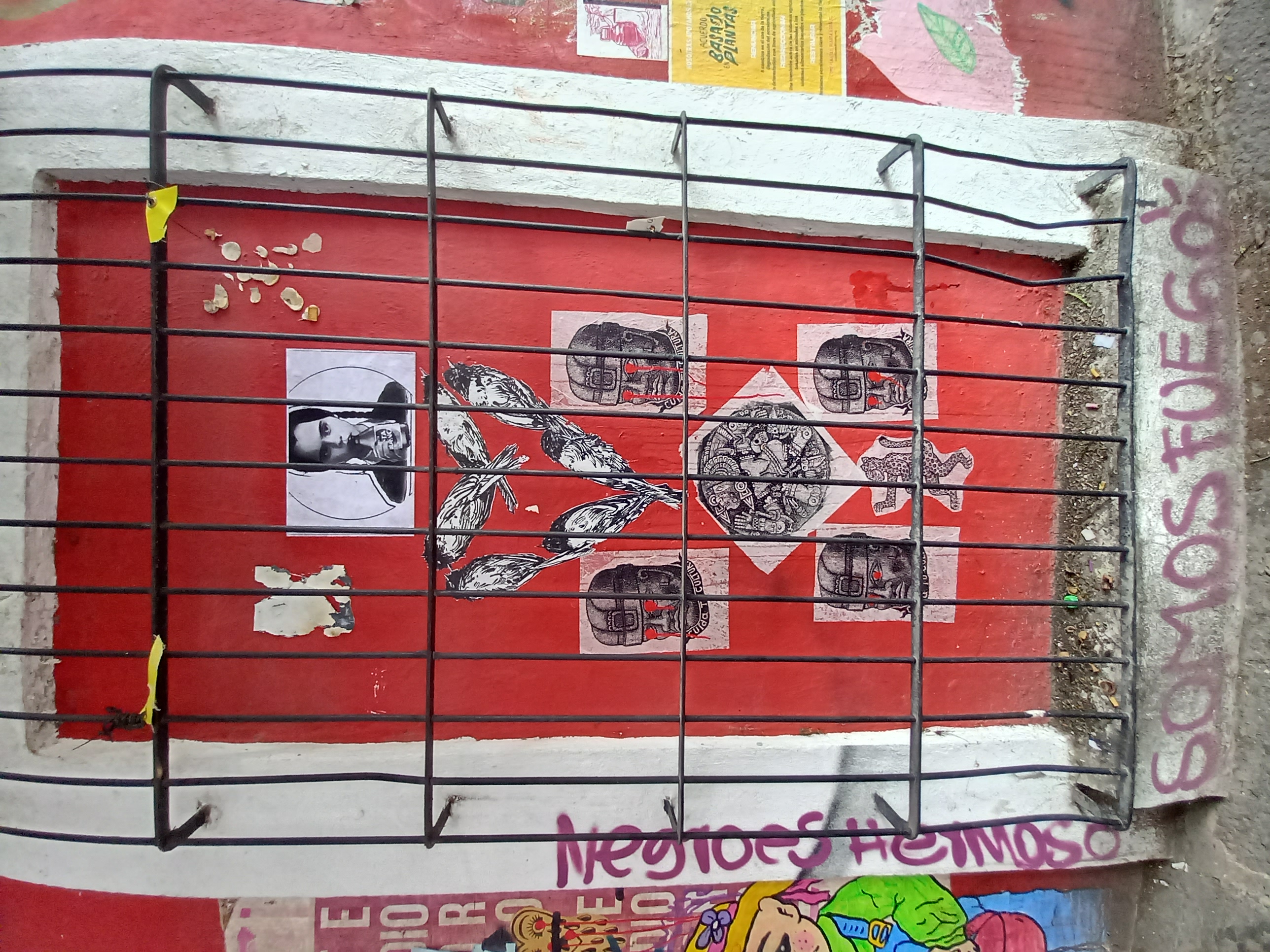 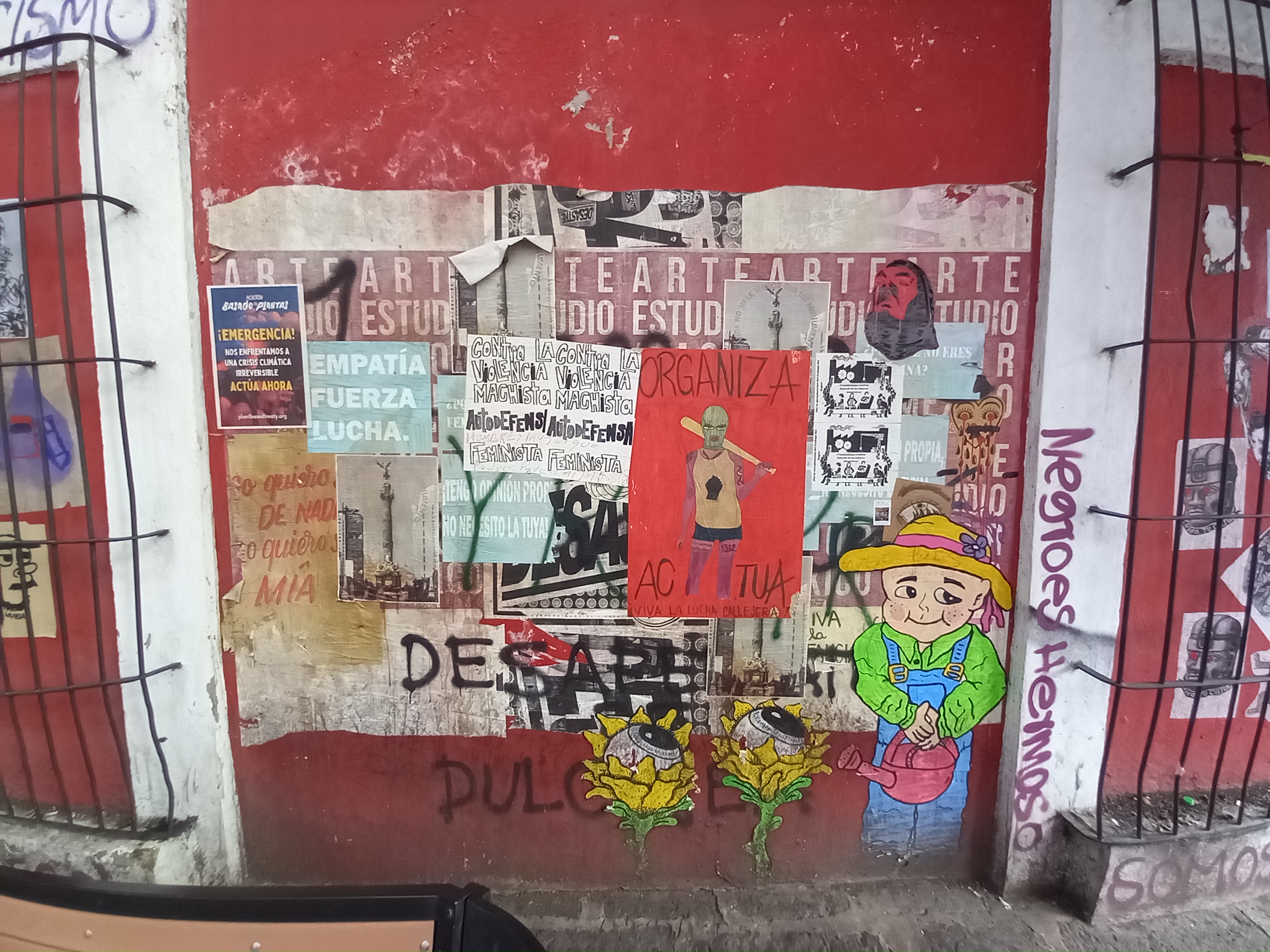 From left to right:
Colored: Emergency! We re facing an irreversible climate crisis. ACT NOW!
Yellowish: I don't want to be of nobody, I just want to be mine
Black and white: Against the Macho violence, Feminist self-defense
Woman with bat: Organize, Act. Viva the Street struggle and fight

Colorful as hell, and most of the messages are to be taken into account and voiced. What did you think of this small gallery?

Trying to stay apolitical here on Hive but I can relate to some of these... Cool collection :)

It is hard to stay apolitical here but sometimes it's impossible. Personally I identify more with messages that we can fight for as a whole instead of dividing the efforts and fighting each other for other people's political agenda... Hope you are doing great man!

I will always identify with the messages that nature is life and should always be respected and accessible by people, no matter how rich or poor. There are definitely a lot of important messages there, but that's the one that speaks most powerfully to me. 💖

Me too, there are so many messages that we could live by as a whole, without being divisive or antagonistic such as the "agua es vida" one. Glad to see you went back to this account! And it's great to see you around :)

Agreed. Always good to read your posts and get a virtual visit with you, mi amigo.

That is a very interesting glimpse into activist art in Mexico! Thanks for posting it here. In comparison to German activist art I see on our streets, it actually looks pretty cool.

On another note: I stayed apolitical for basically most of the time, but for the next few days I'll experiment with speaking my mind unhinged. I've got no experience with Hive concerning that matter, but quite frankly if not here, then where? It's a lovely place to be (in the digital realm) so it would be great to cater to those subjects too.
But maybe I'm just naive and am waking sleeping forces better left slumbering?

Fucking awesome!! Where was that, and are you in Mexico?! I would love to have met the people putting them up 👍 oh yeh I wanted to tip as its run out of vote time but have forgotten how to swap keys, I'm like a newbie to Hive again hahaah