A Celery Scrap, Tiny Basil Herb From The Shop And A Dahlia Plant...! 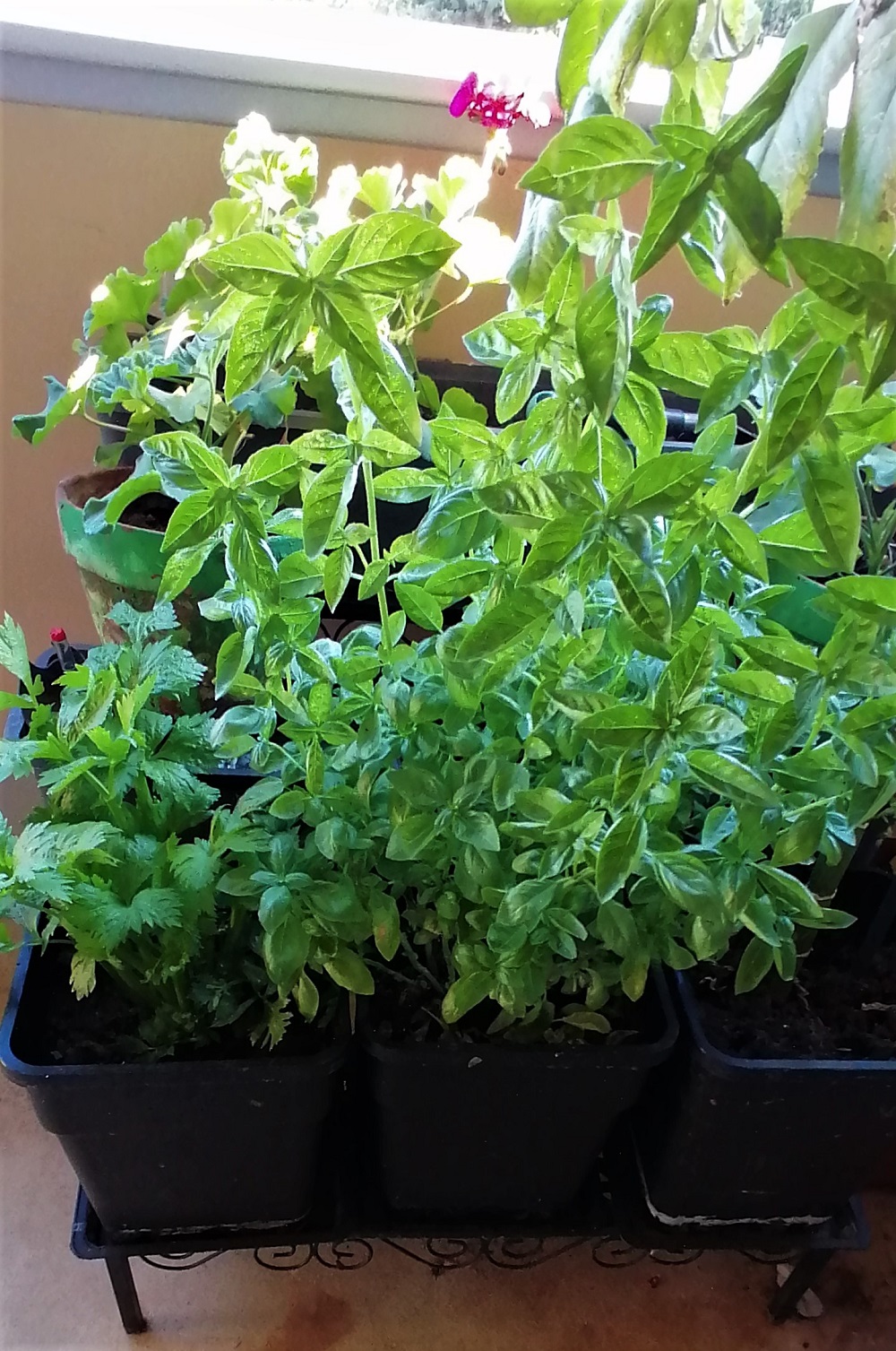 Our food shopping is done on Thursdays, that is because the supermarkets here have fresh deliveries of supplies on this day that are intended for the weekend buyers. I ought to buy as much fresh vegetables even if I do not cook them the same day. When I cook, it is sometimes 2 or three different dishes at once... that´s when all my vegetables are used because I cook spontaneously whatever ingredients I have on hand. As all dishes are cooked, I freeze them so that we always have food available during the while week.

Container herbs are a fine thing to garden, you always have fresh ingredients to pick whenever you need them. In this season, I ´ve had the scrap of a celery planted in a pot instead of throwing them. What a waste I thought if it lands in the garbage. But hey, the insects would devour it anyway so it´s not at all a waste. At any rate, I planted that scrap and have made used of the stalks that grew for my cooking. I usually add the stalks , cut them small for the beef soup that I cook in the crockpot. They remain intact after cooking several hours. 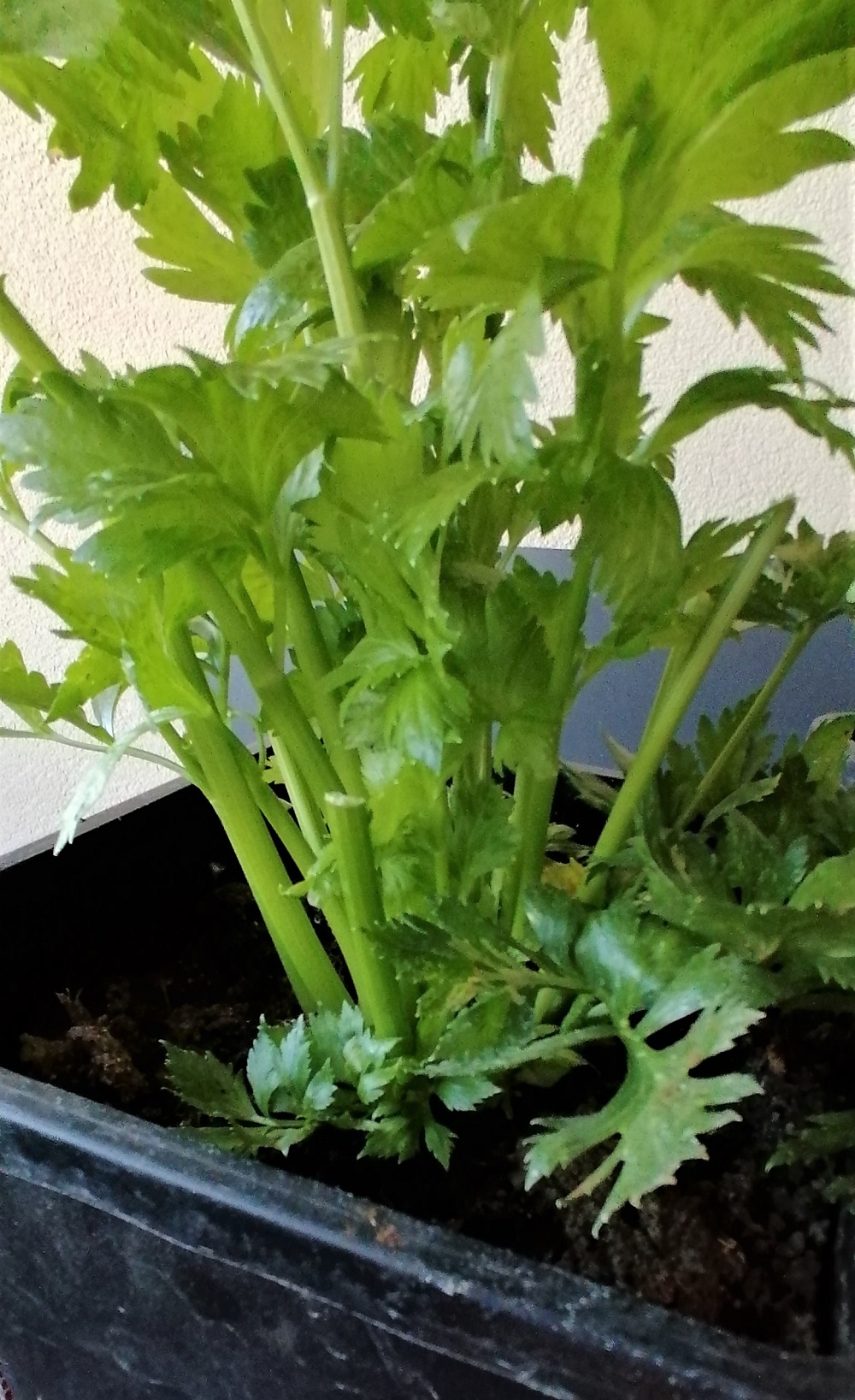 As it grows having new stalks, I always pinched a few to incorporate in my cooking. The pic below has been the beginning of my potted celery when I planted it sometime in April this year. Until now, it keeps on growing new stalks. In the next growing season I will get more celery to plant to have abundant supply. 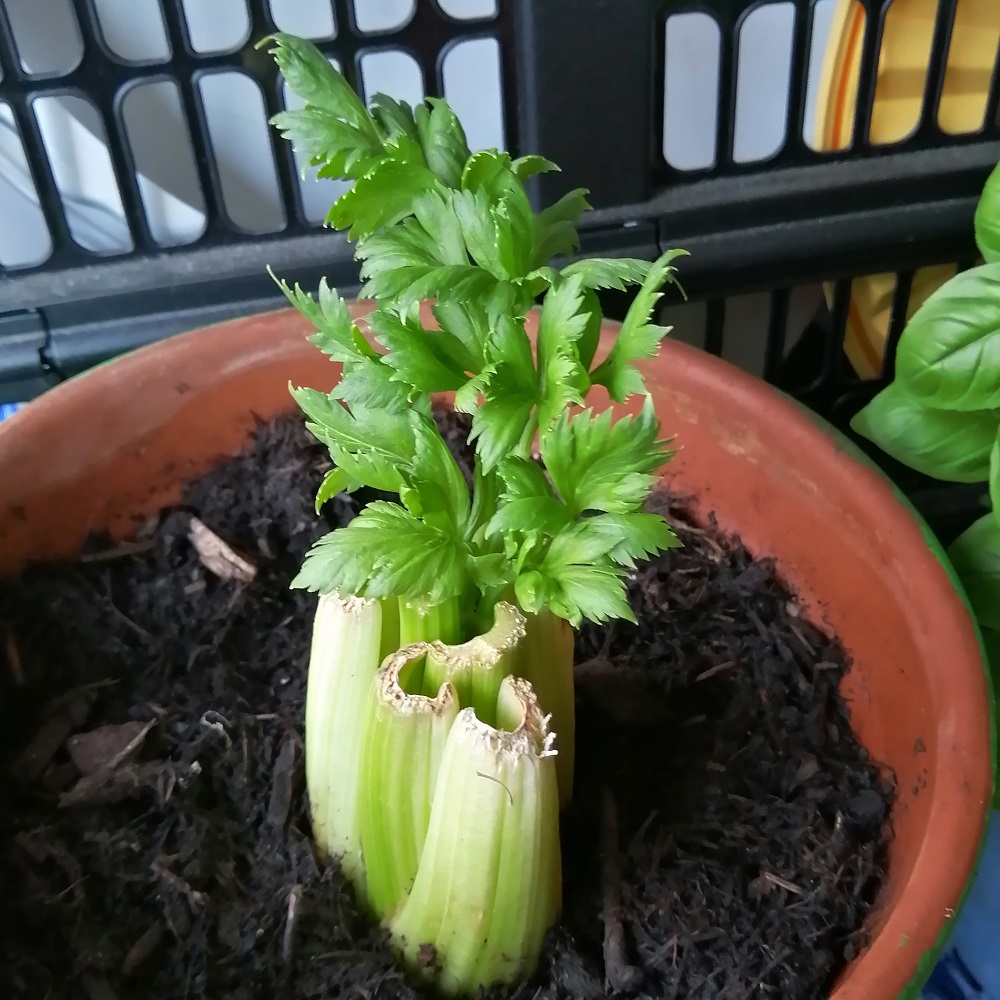 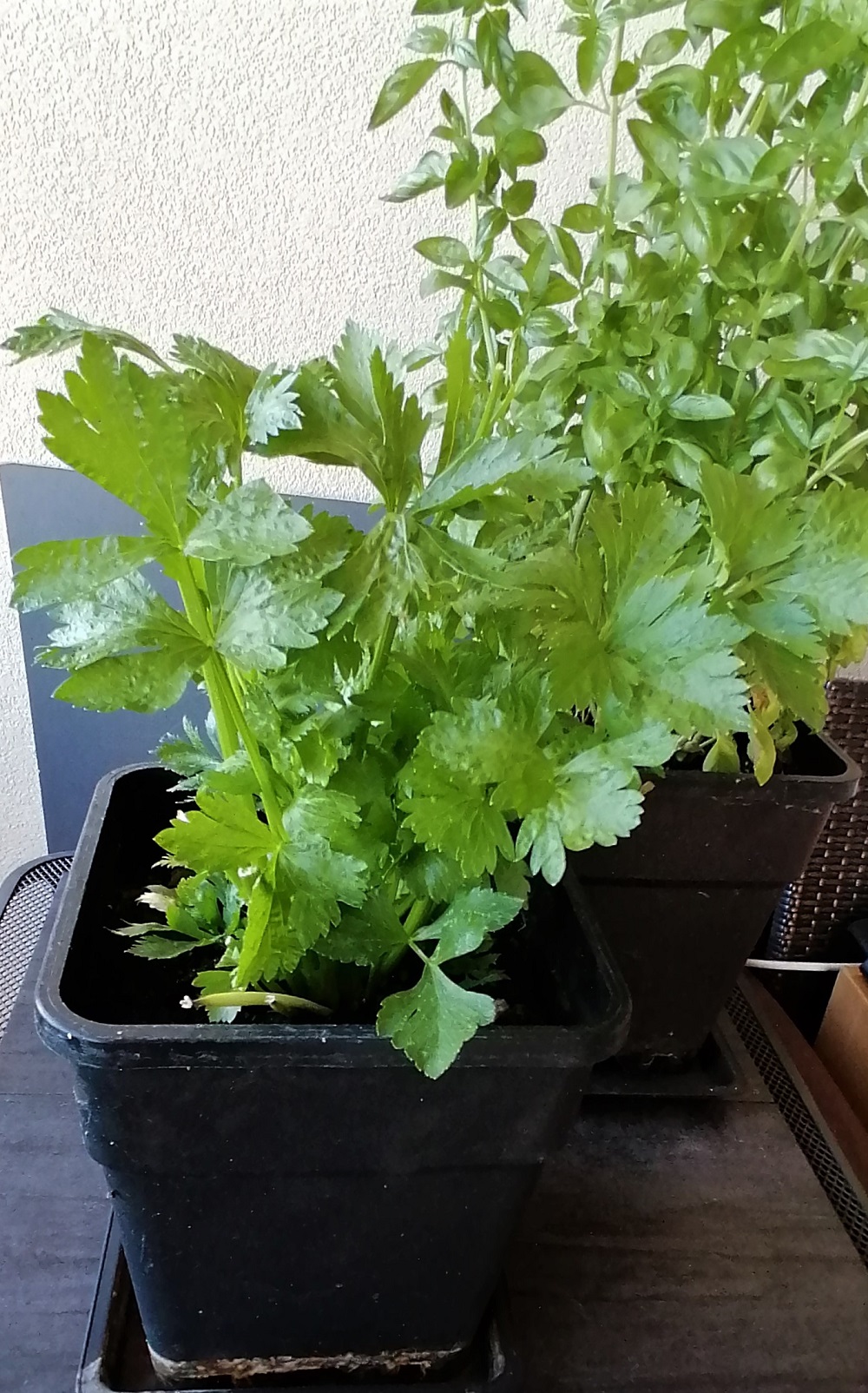 I got this from a supermarket because I needed fresh basil for the Spaghetti I meant to cook. They were available potted in small plastic containers. Since I did not make used of all leaves, I decided to plant it in a bigger pot until it grew big. I already cut half of the plant for my several cooking. I used it for salad, soups, pasta and my handmade gnocchi. In the next growing season, I intend to plant more so I can make pesto out of the leaves... 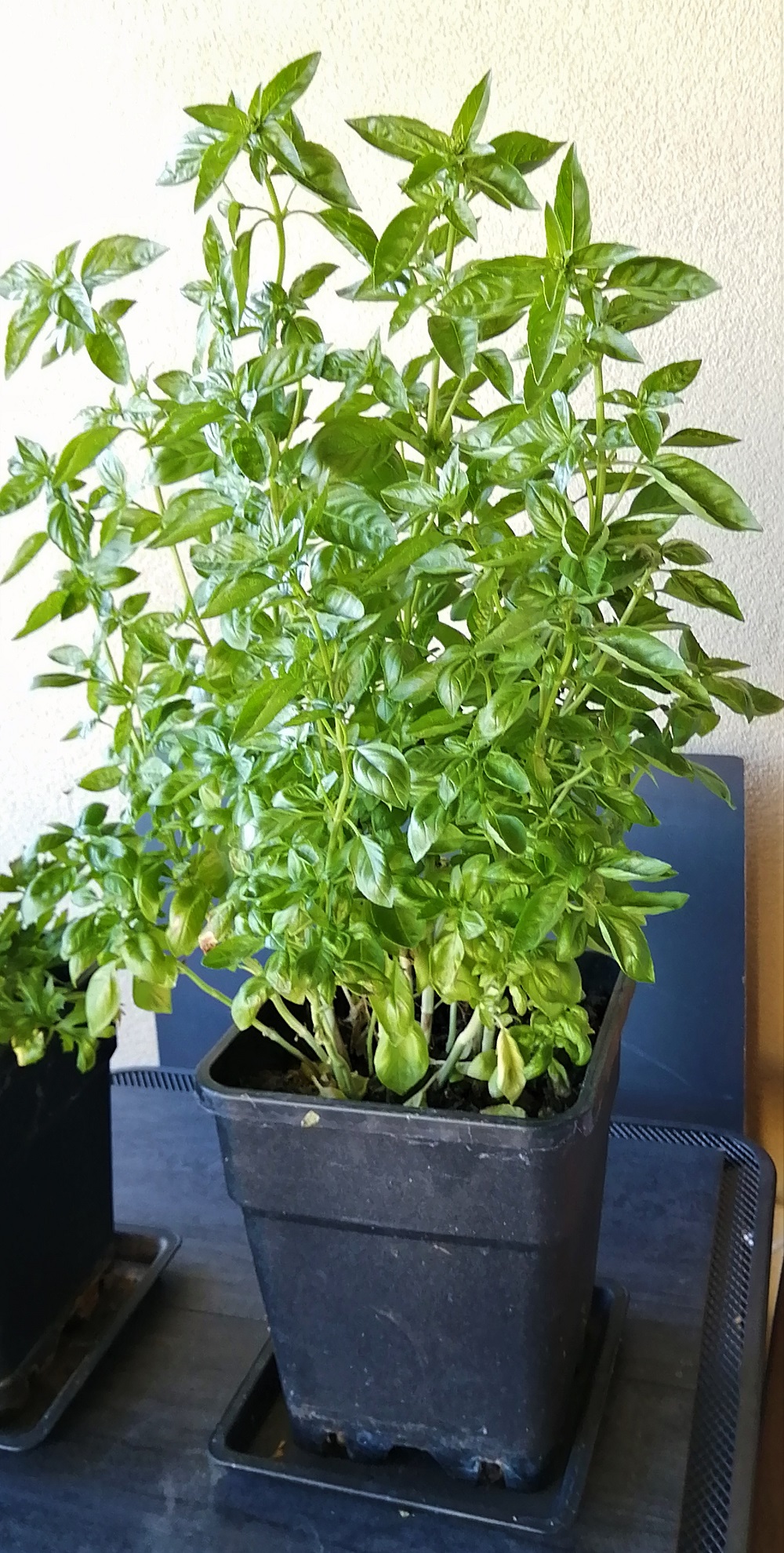 At any rate, since we will be travelling soon over the winter time, I´m thinking of drying the leaves to preserve them. 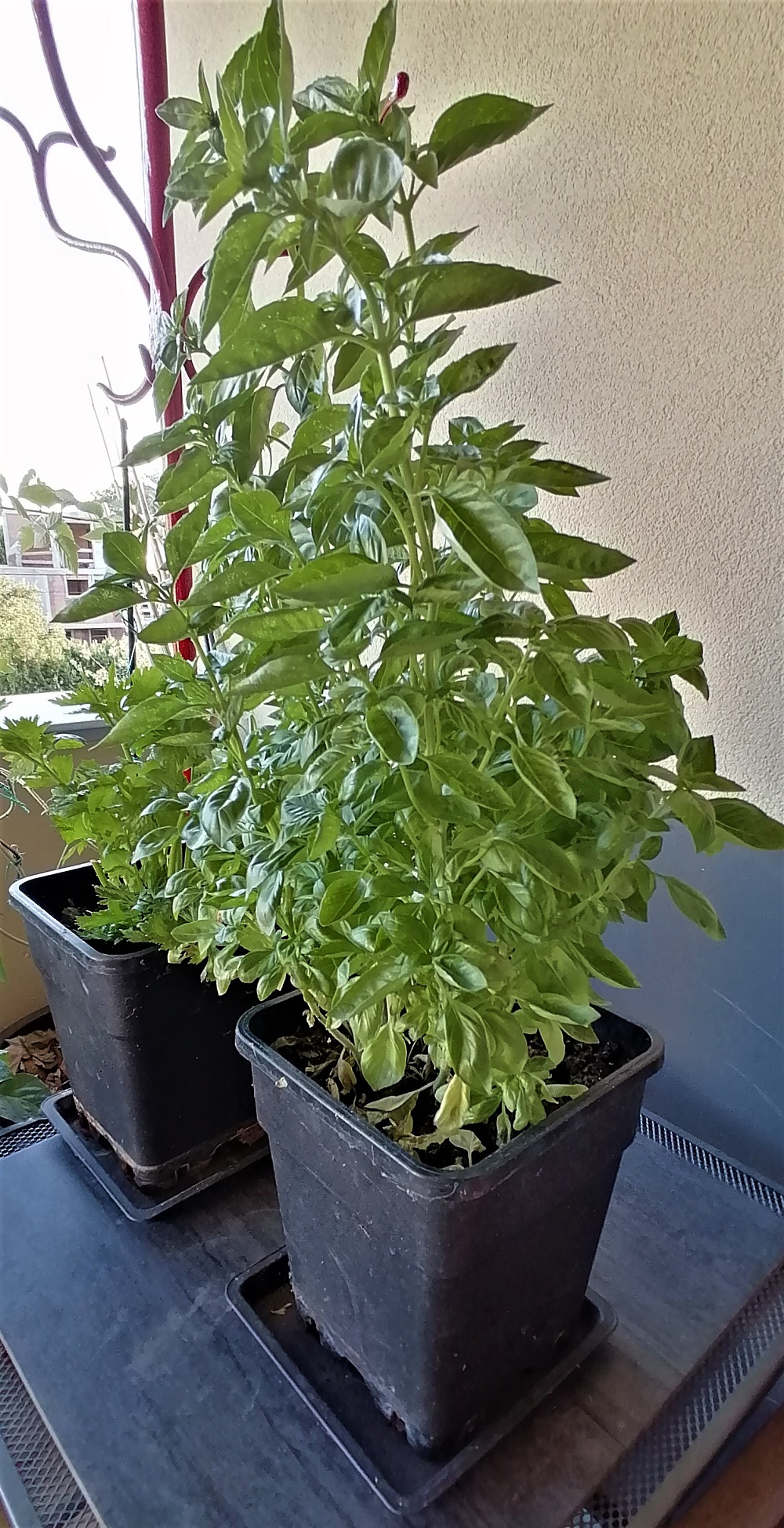 Just over the weekend, I noticed some pigmentations in some leaves. I am not sure whether they got too much water. But I think I will harvest them to dry in the dehydrator tomorrow.

The were always present in my former garden, they are so lovely and the flowers are huge. Although it does not have a scent, its appearance conveys good vibes and good feeling. The purity of its white color is amazingly beautiful, so good for the eyes and the mind. 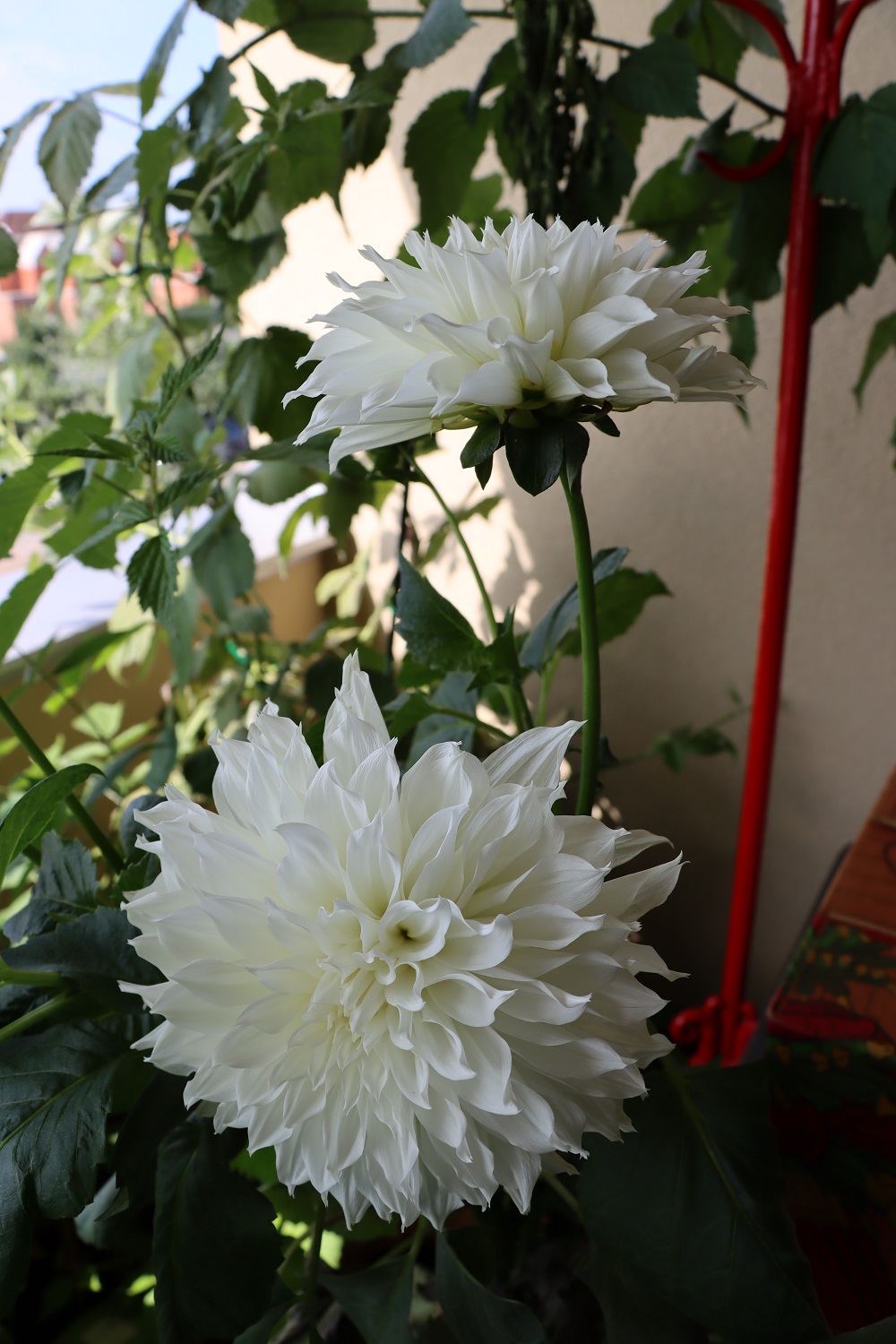 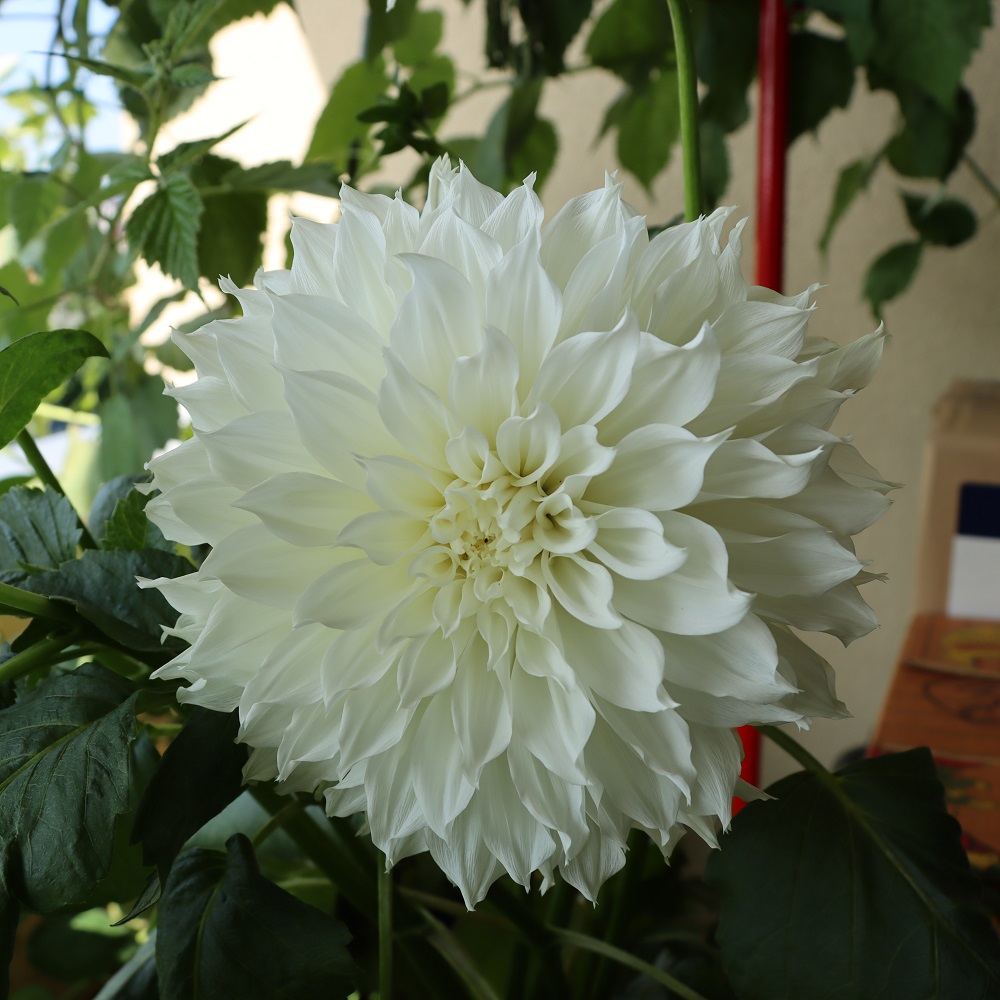 I cut one dahlia and put it in a vase, added some basil and celery leaves. The aroma of the basil is so fantastic, that I placed the vase near my working table. 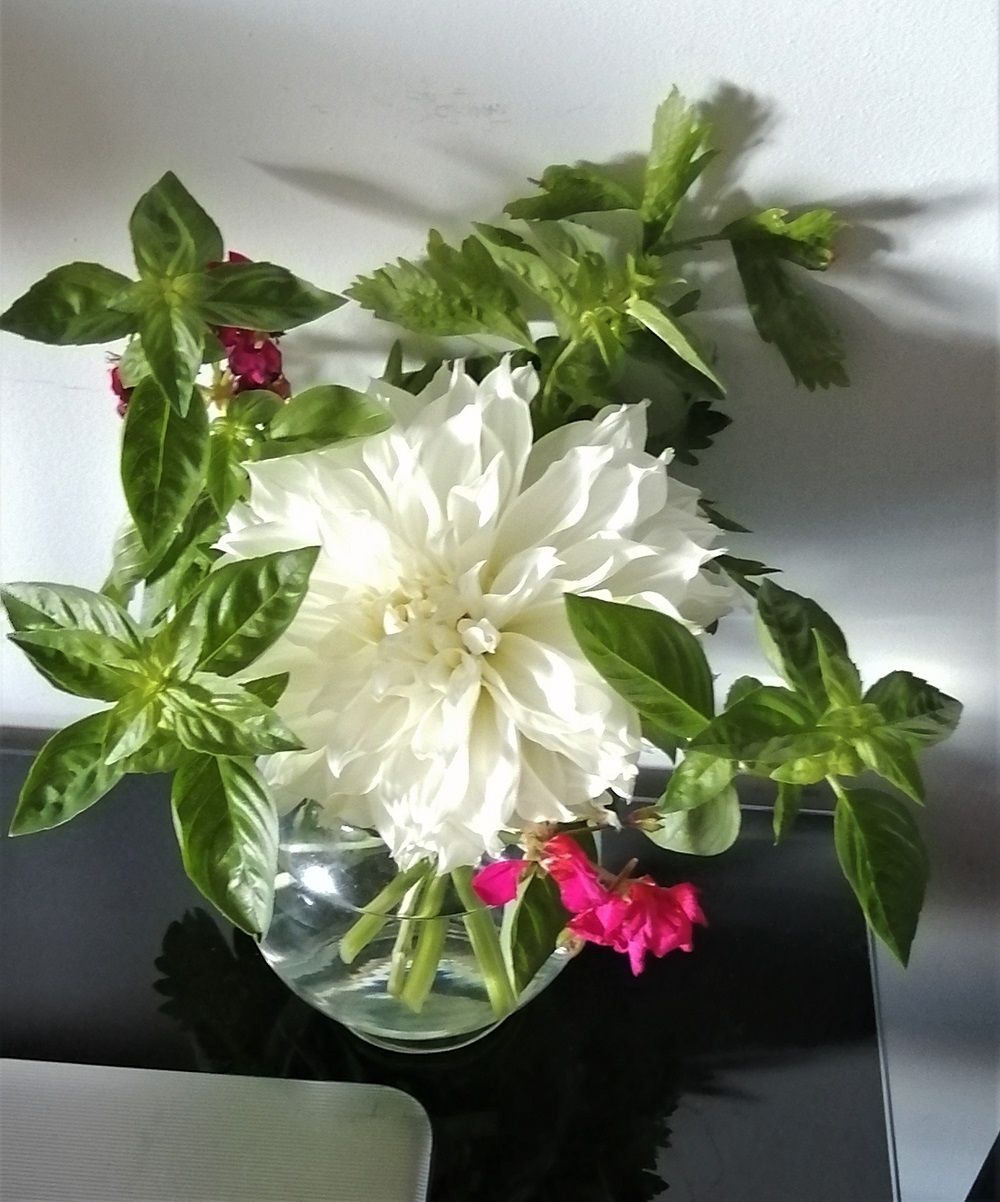 It is getting cooler in the night and Autumn is just around the corner. I hope you like today´s update on my container garden. I´ll see you around! 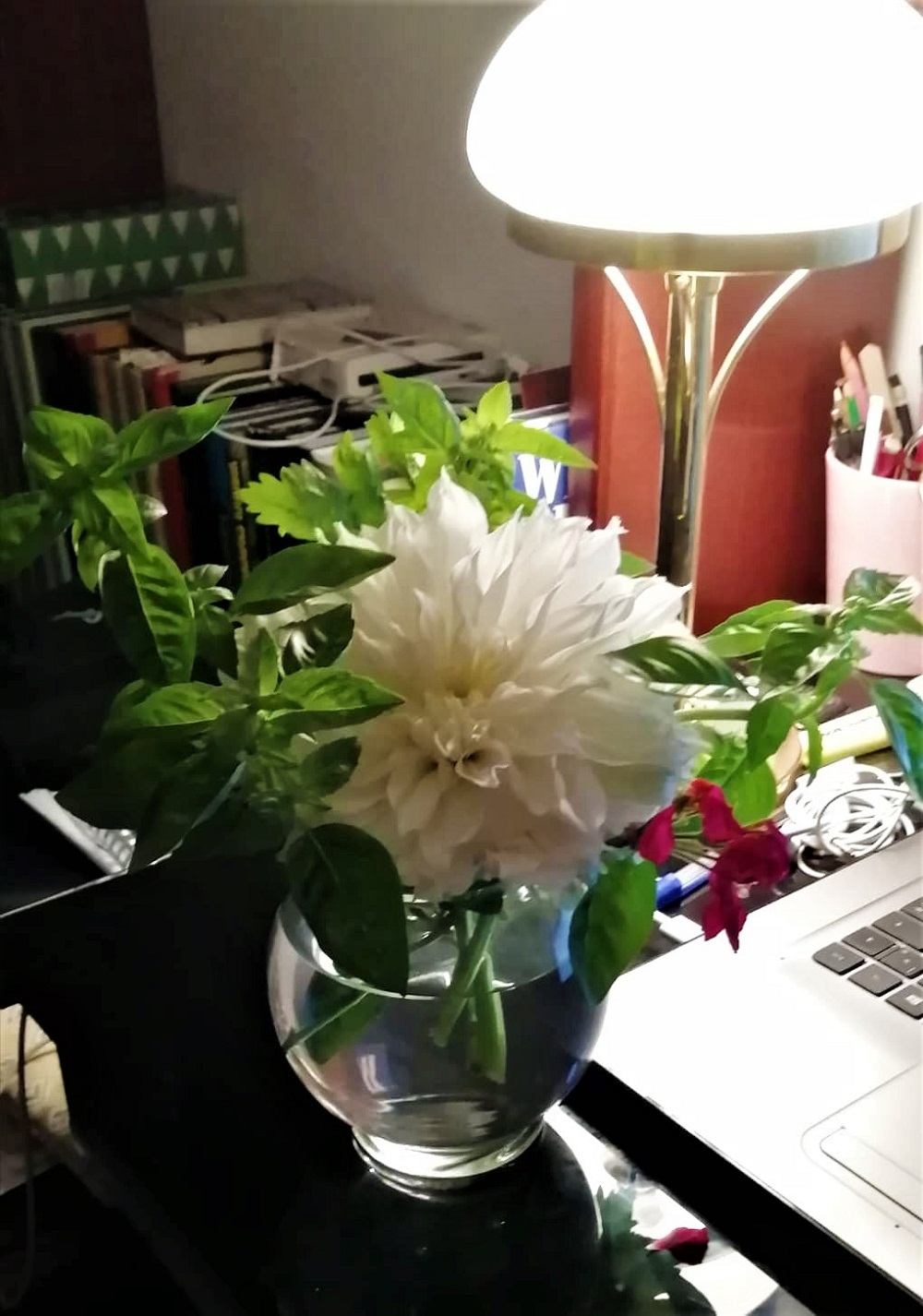 All images are owned by me, @mers.

Mao ba, or the soil you use is very healthy soil. This Dahlia how many months from seeds until mo flower, beautiful kaayo siya, duh.

I got them as bulbs in Spring. They look like "kamote". It takes about 3 weeks for the first shoot to come out. Then they bloom from Summer til now.

Wow! They are all healthy. You really always amaze us with your green thumb.I love the Dahlia flower they are big!

I think it´s the feed that has done it all, taga dilig lang ako eh!Lololol!

Thank you.. Yeah, you have to support your kamatis with bamboo sticks para di mabali..