How to Make Traditional South African Braaibroodjies: The Best Variant of a Grilled Cheese

If you go to a traditional South African braai, you will mostly find boerewors, lambs meat, pap and sauce, and then braaibroodjies. The literal translation is roughly BBQ bread, but it is basically a grilled cheese made over the open coals. For most of my previous recipes, I prefaced the warning that every family's recipe will differ. Talking of a traditional recipe in the singular would thus not suffice. But with braaibroodjies, there is the single accepted traditional recipe; all of the other versions are not technically traditional. In my family, we have three different ways in which we make our braaibroodjies to please everyone. So let me start this post with the recipes and I will post the pictures of the process! 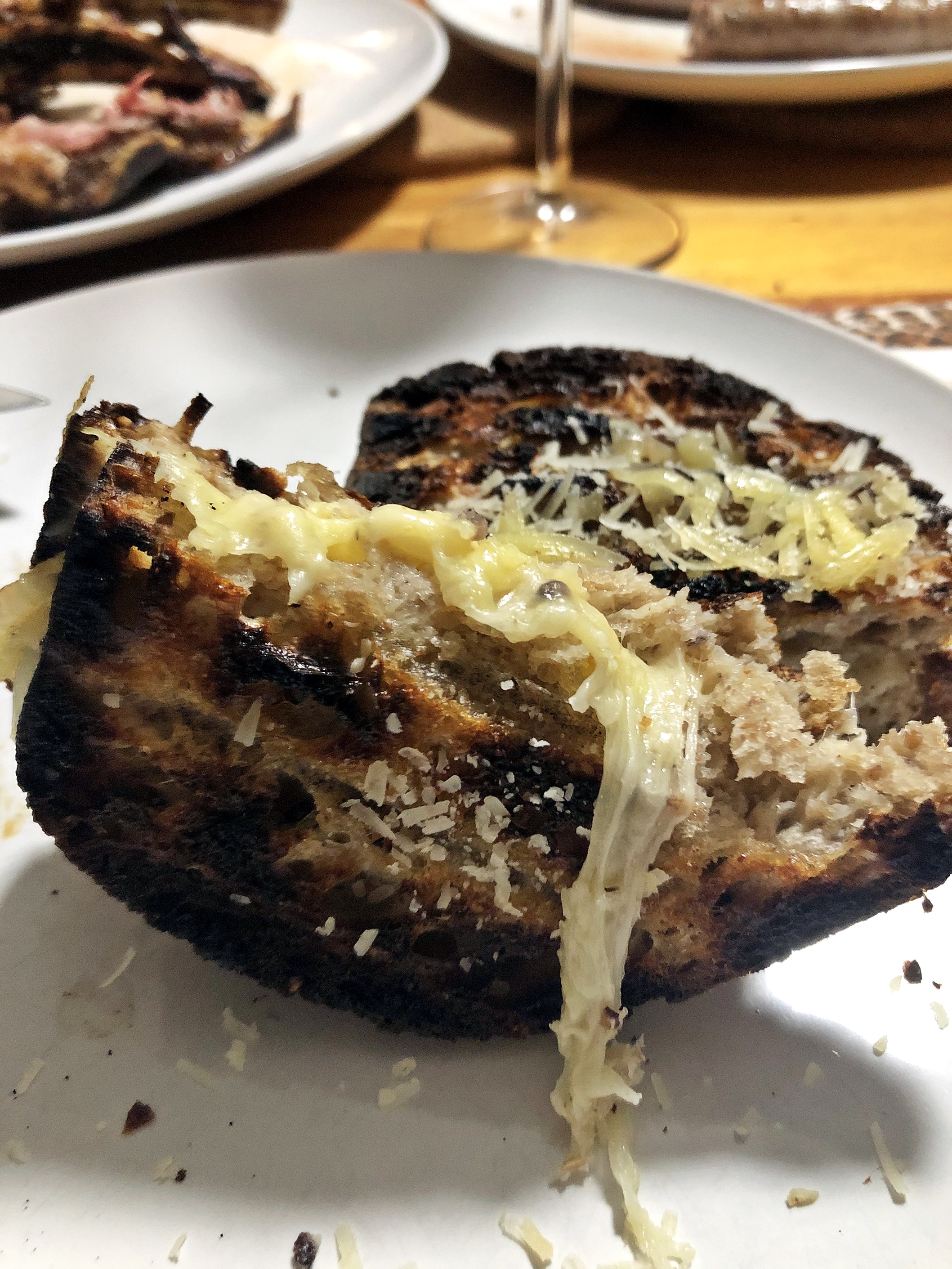 I am a baker by trade, so using my own homemade sourdough bread is a given. There is no added sugar, so the fire will not burn the bread as easily as normal store-bought bread. I also prefer the taste of my bread, but this might not be a very unbiased opinion! 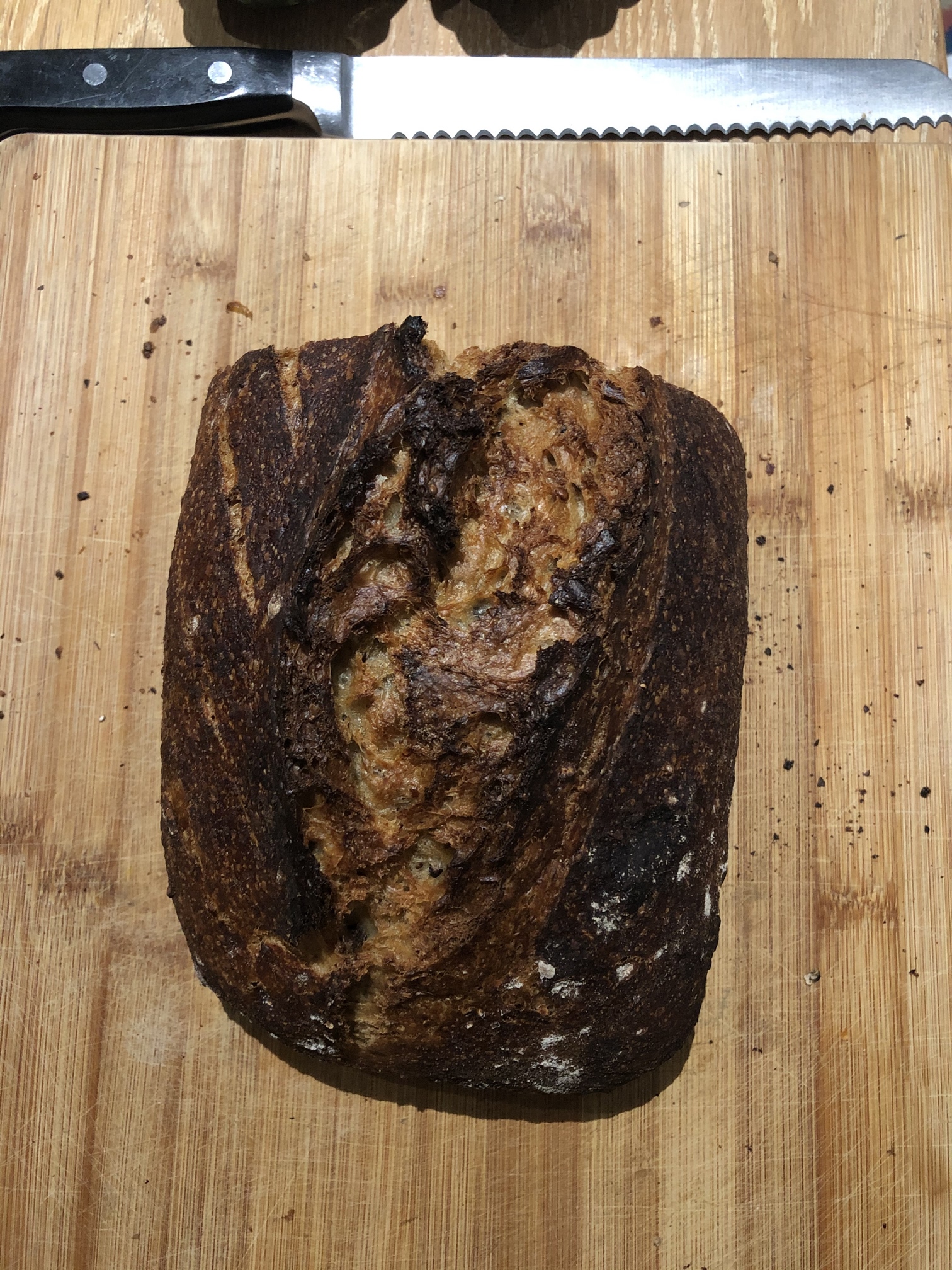 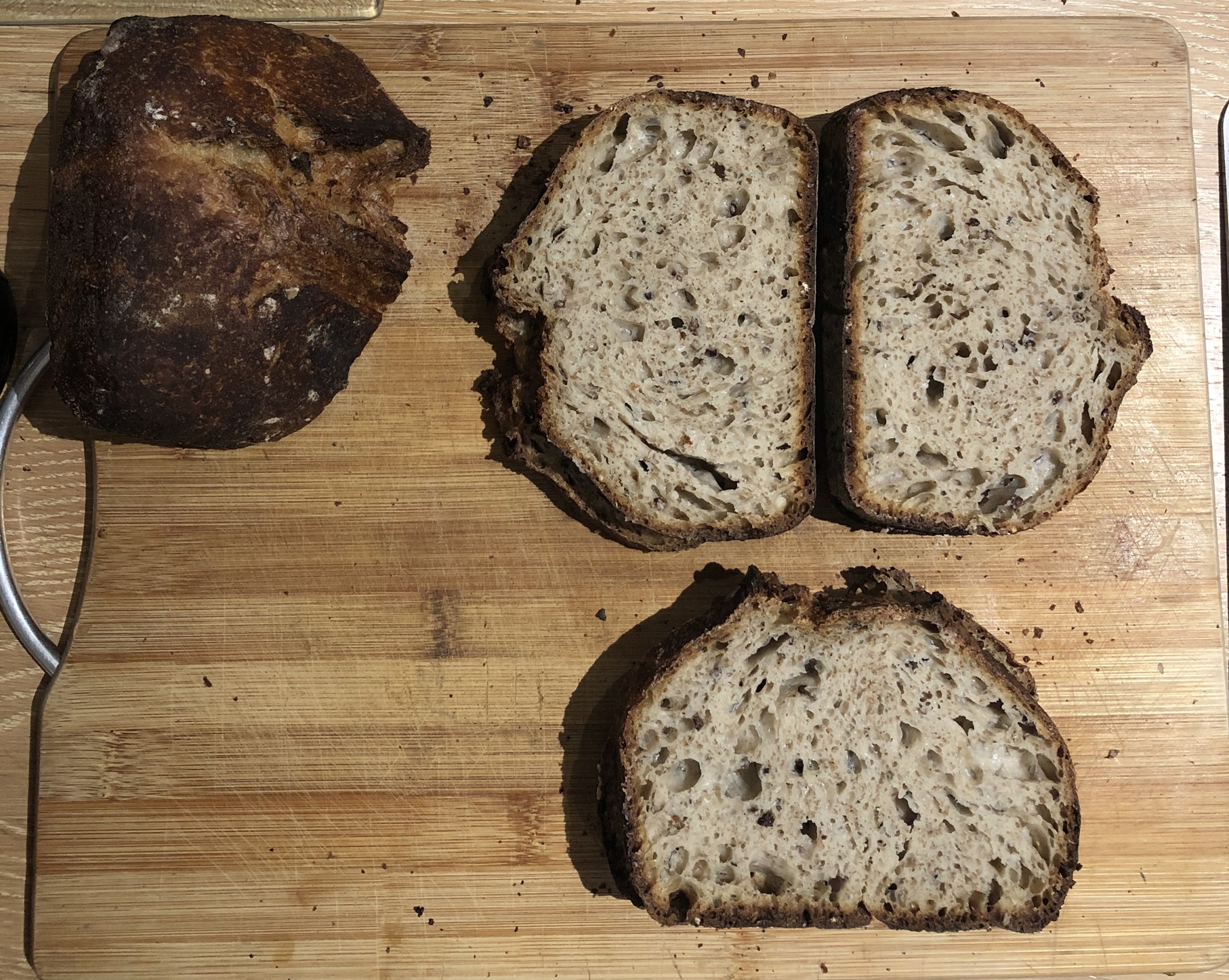 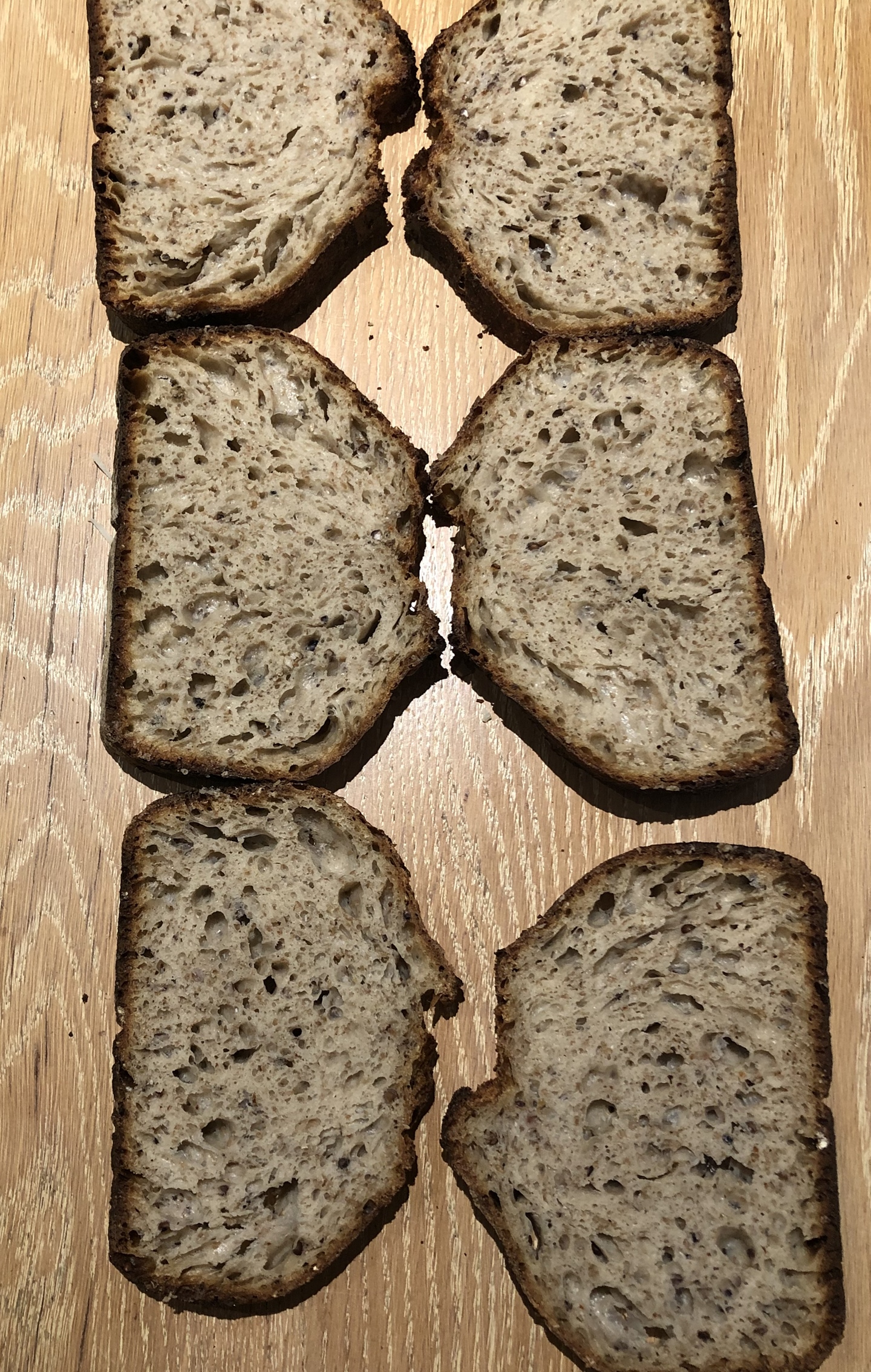 In South Africa, we get various cheeses, but the most popular is cheddar and gouda. The night I made these, I only had some cheddar and parmesan. So I made this mix which was quite good. 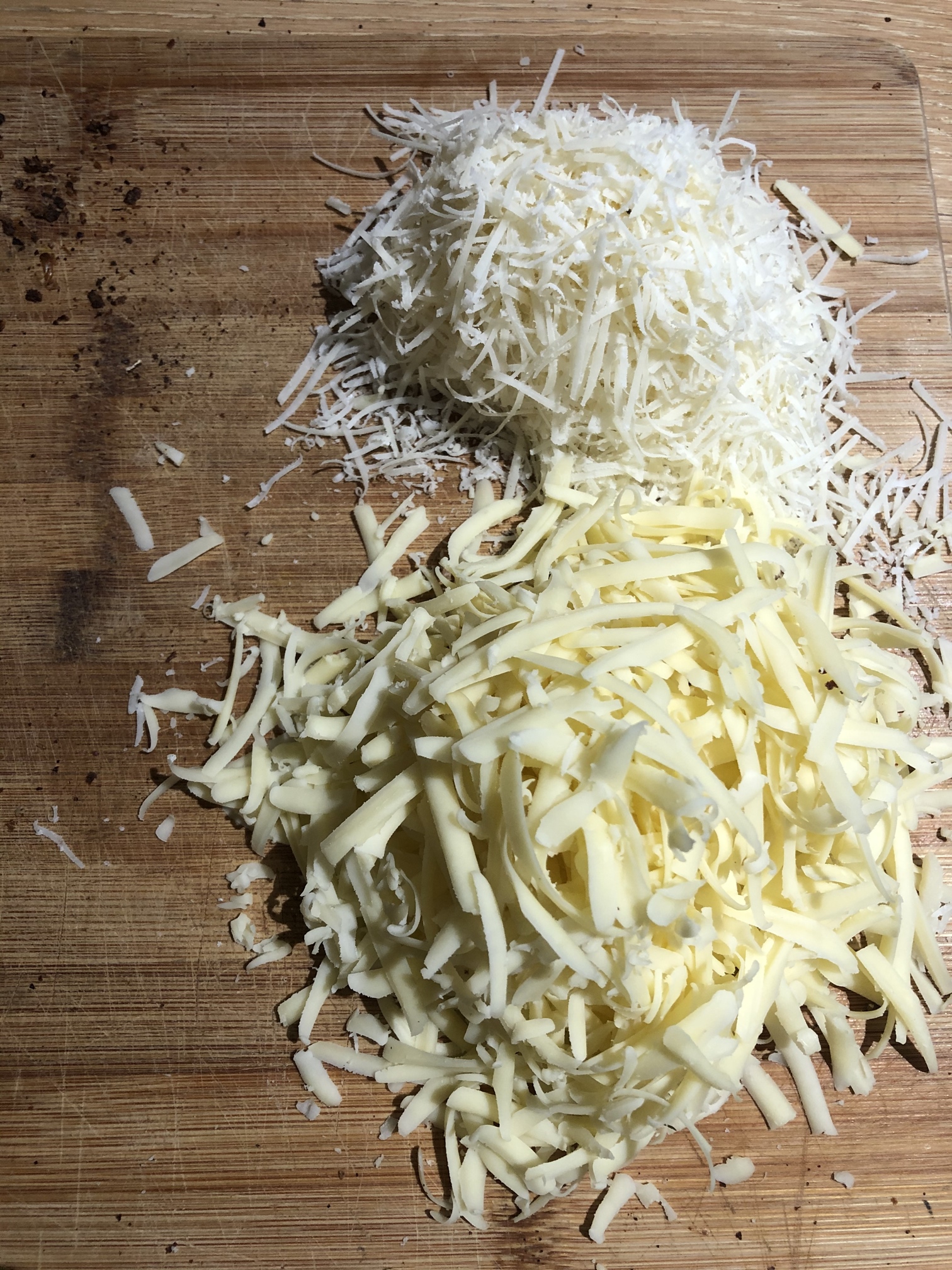 For the traditional recipe, you'd want tomatoes and onions! For the one variant, you'd want to use chutney. This is by far the most popular brand of chutney in South Africa. 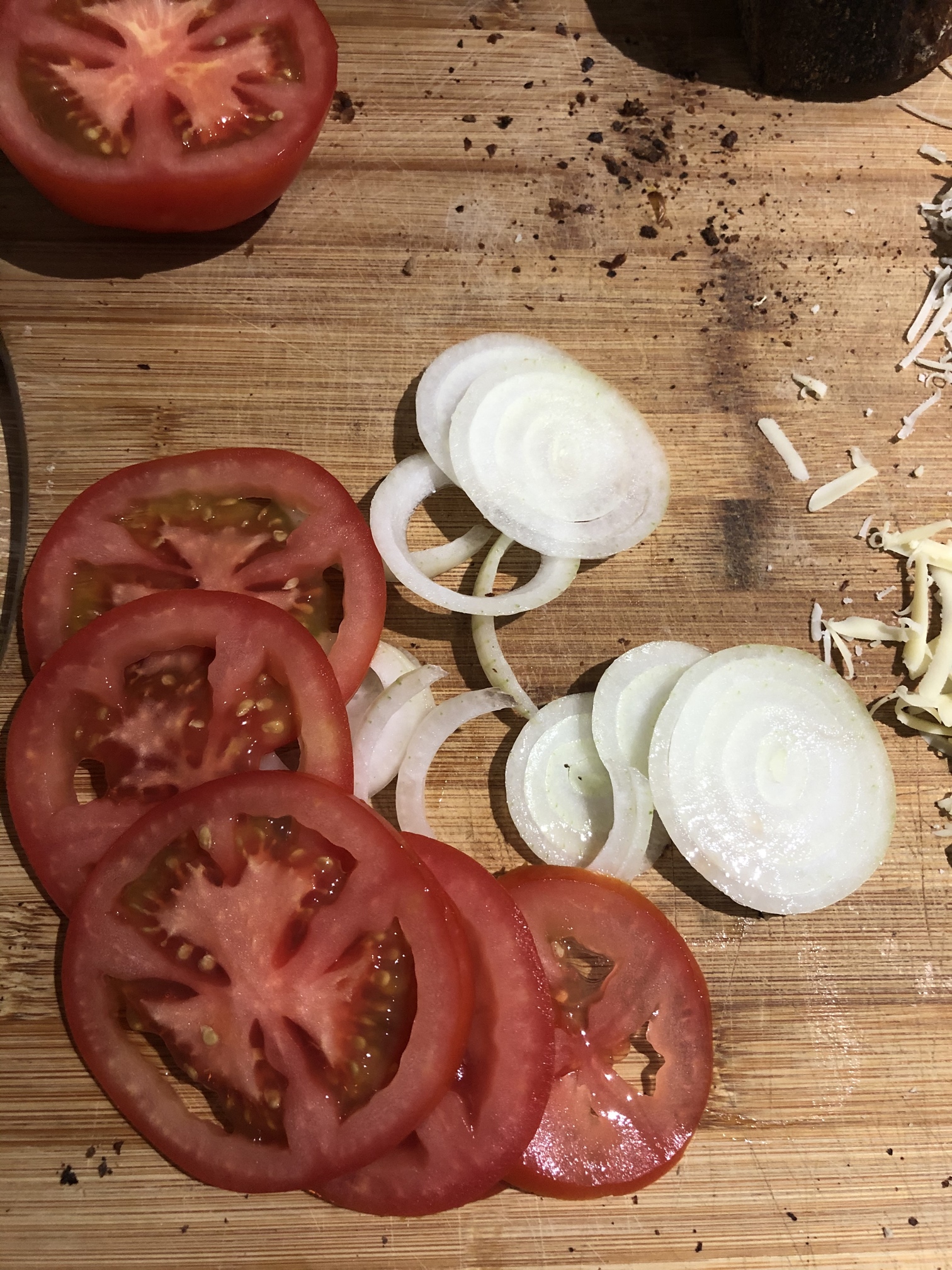 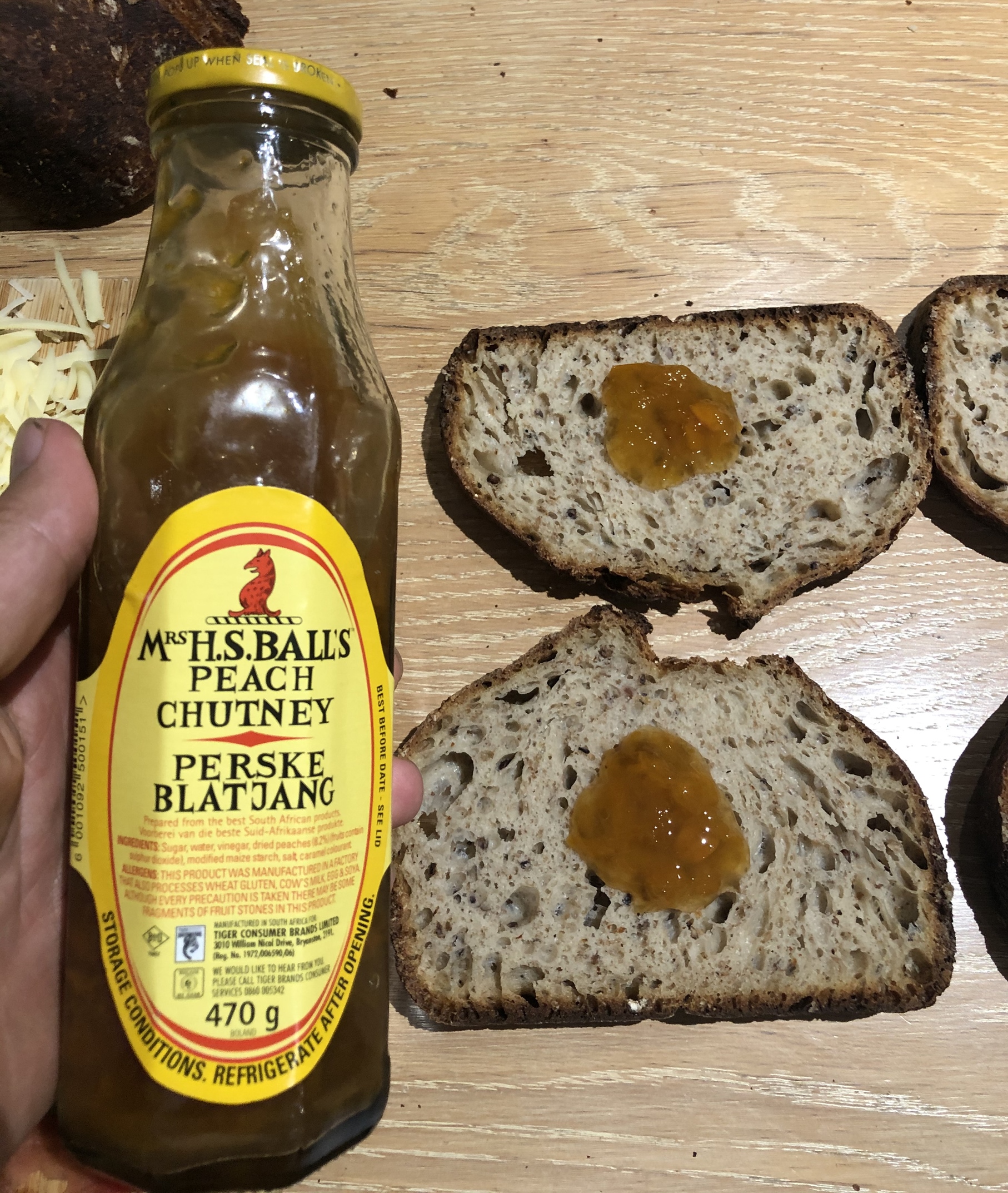 I start with a layer of cheese, and then the onions and tomatoes. I also add some salt and pepper. 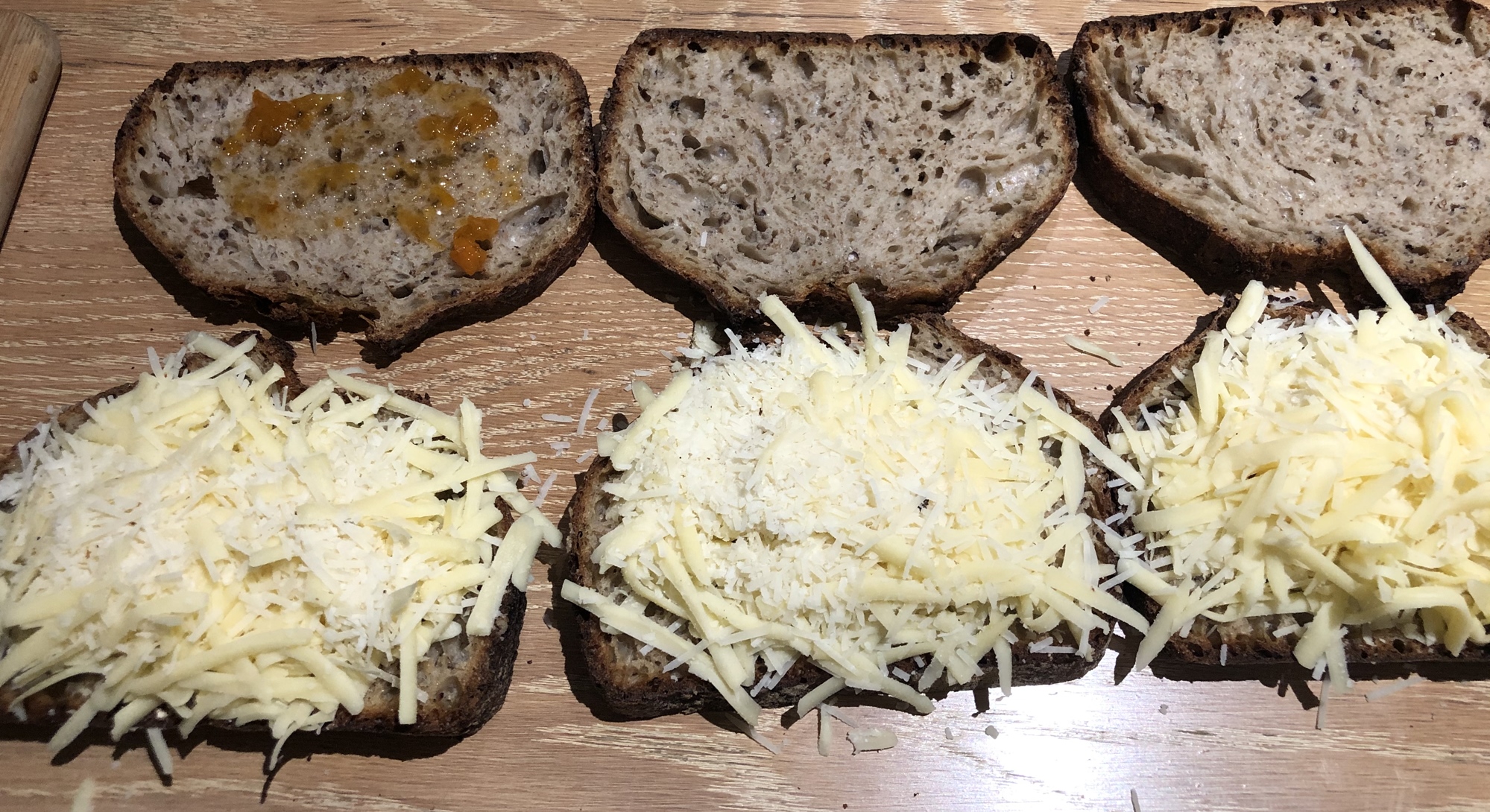 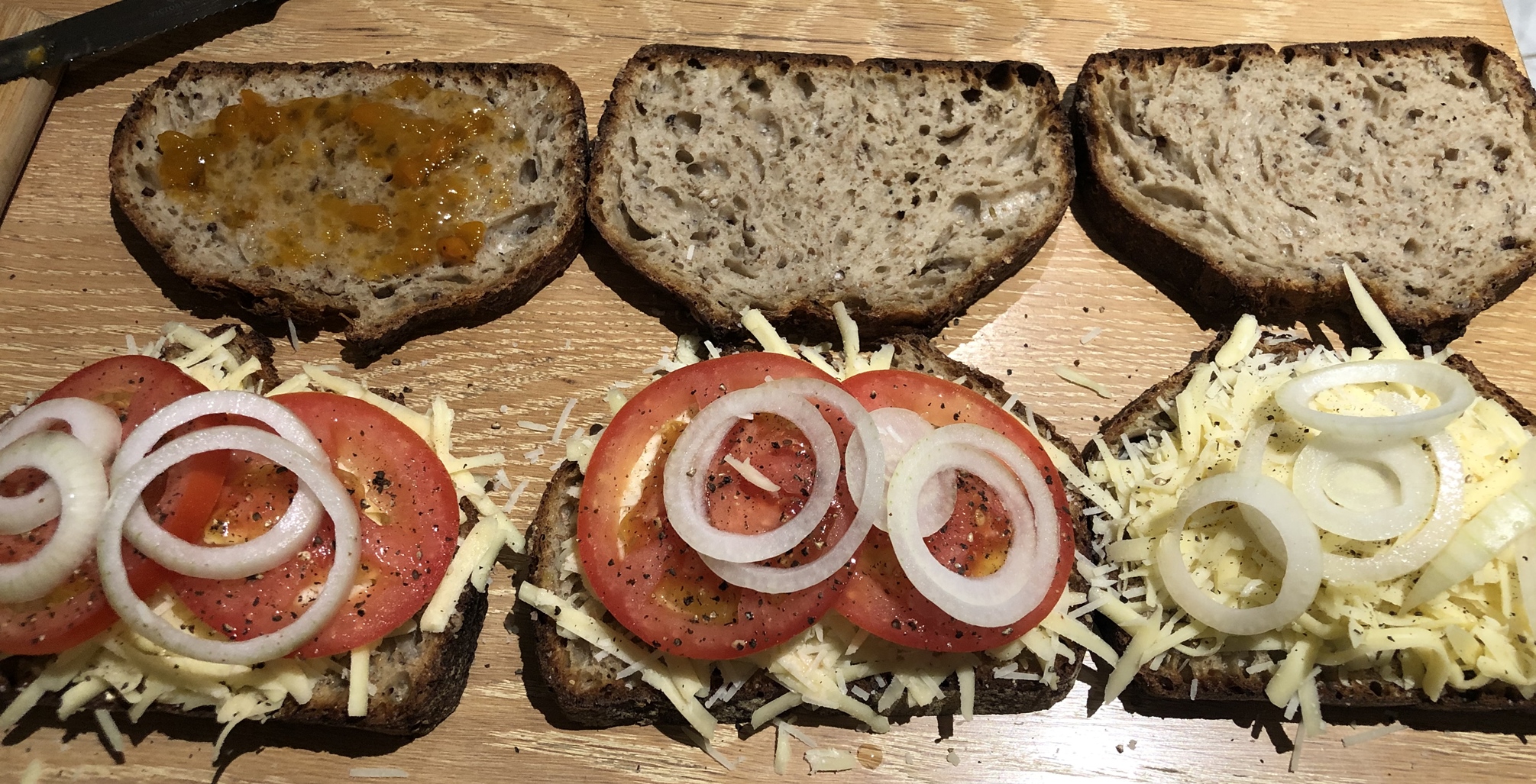 As noted above, these are made over a bed of wood-fired coals. It is essential to turn them regularly. I took them to their max (just before burning them). I also added some of the leftover cheese on them whilst they were still hot. 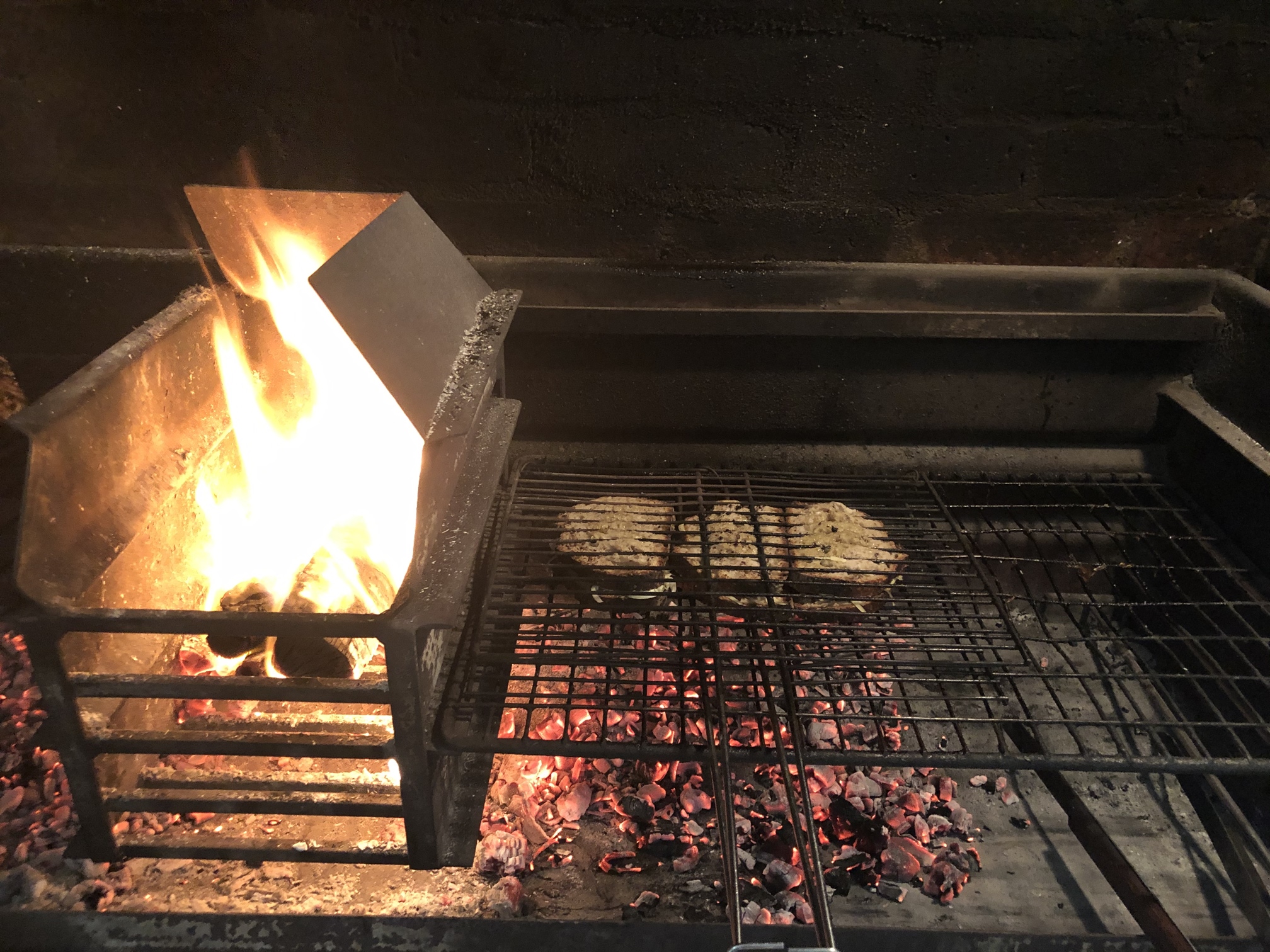 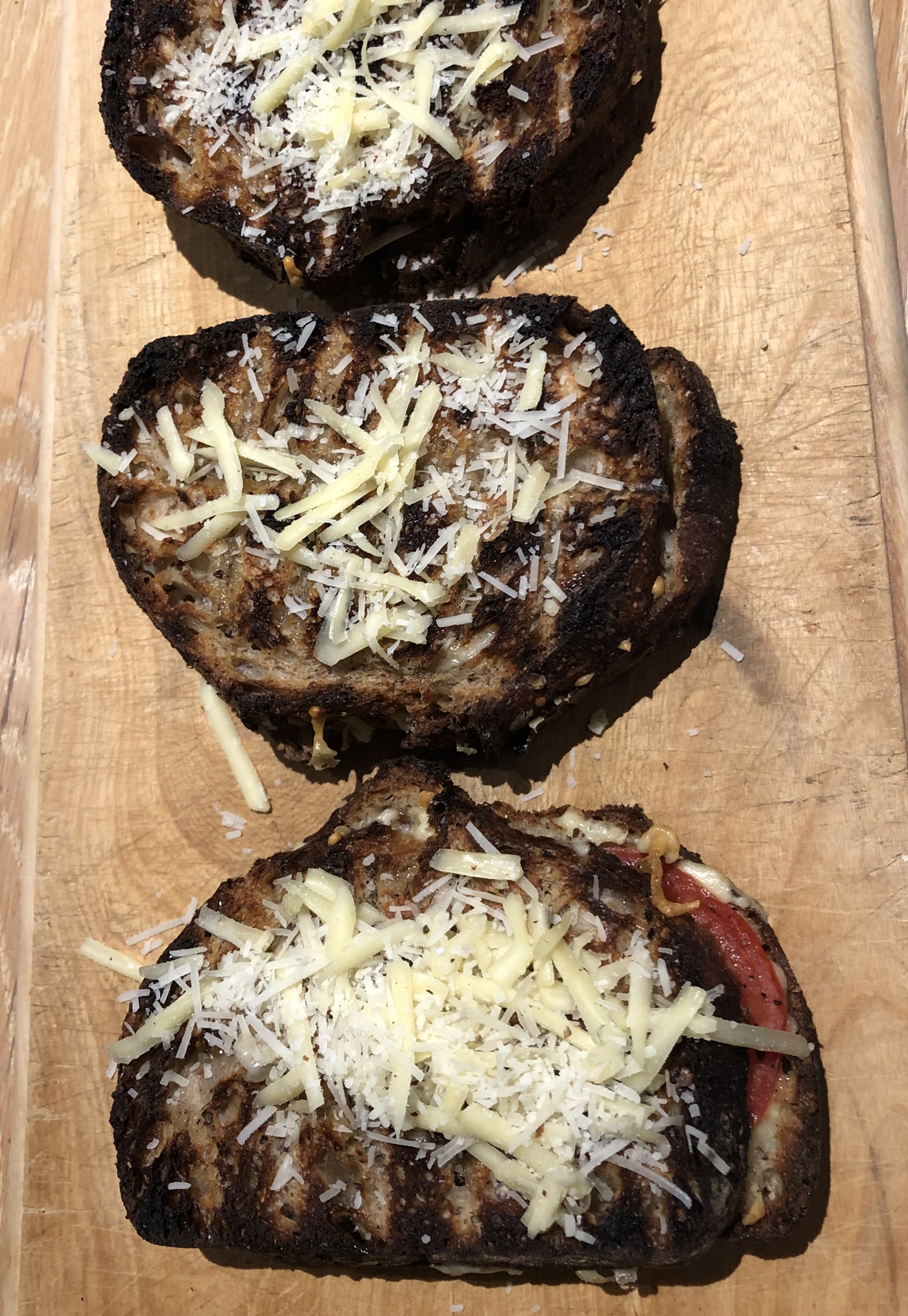 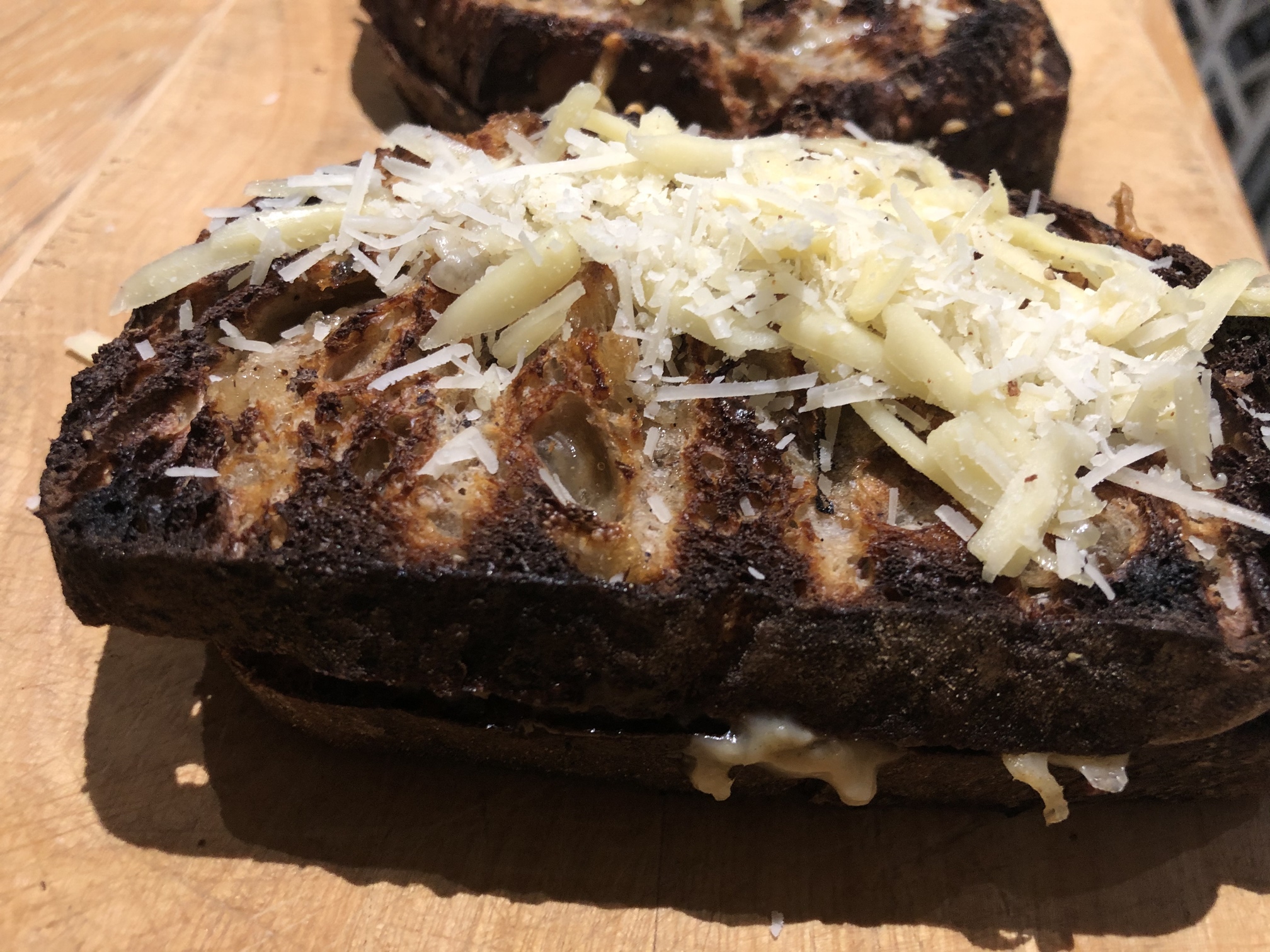 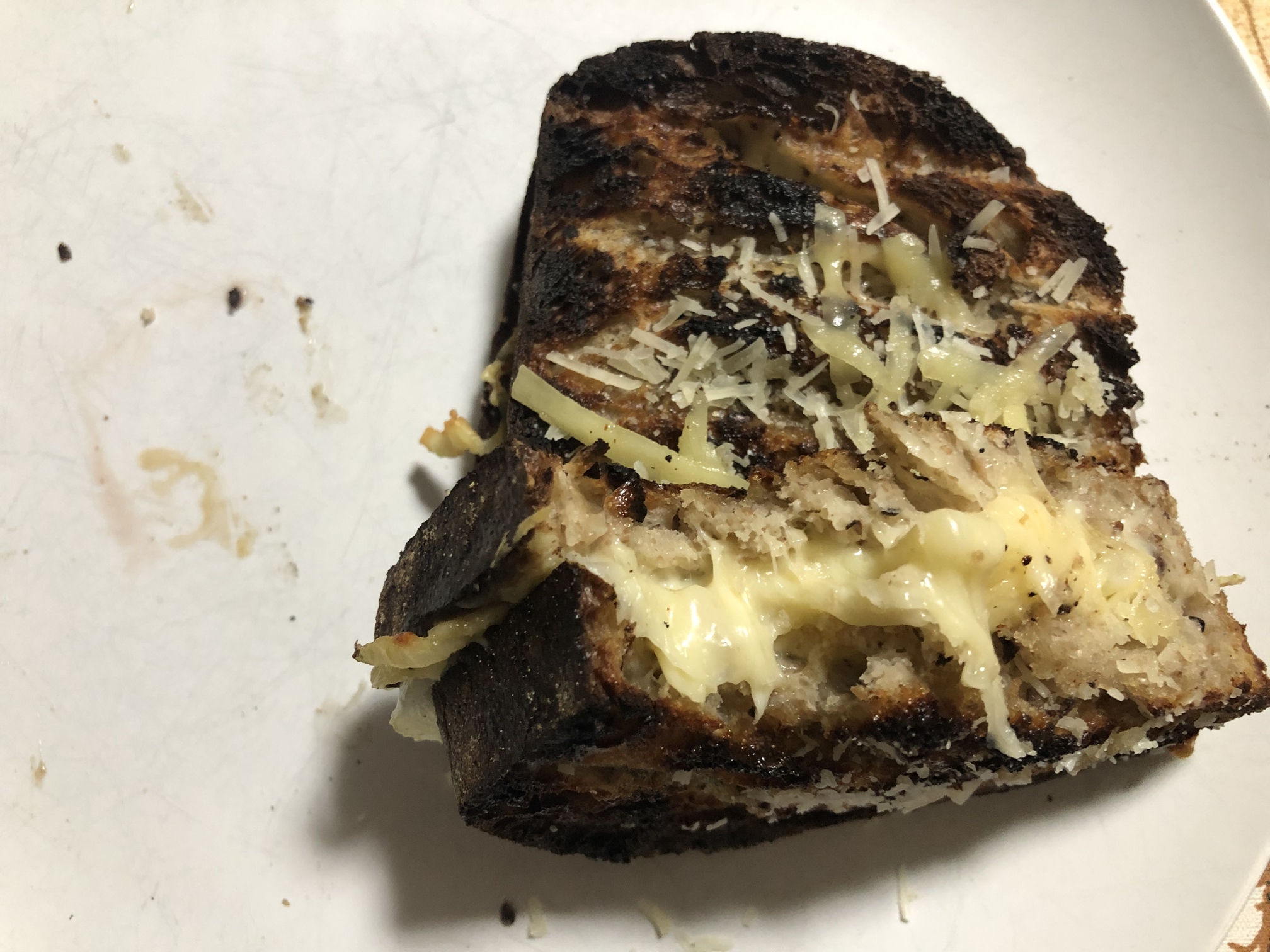 I hope you will try this recipe and get the opportunity to try some South African Local cuisine! It is in my (biased) opinion superior to any grilled cheese!

#foodies #food #southafrica #blog
9 days ago in Foodies Bee Hive by fermentedphil (68)
$29.89
394 votes
Reply 8
Sort:
[-]
foodiesunite (64) 9 days ago
Love your Foodie post!
Yum! You have been curated @bahagia-arbi on behalf of FoodiesUnite.net on #Hive. Thanks for using the #foodie tag. We are a tribe for the Foodie community with a unique approach to content and community and we are here on #Hive.

Thanks for the comment! You should totally try some South African food! Where are you from?

Looking at your post makes me think to make homemade bread, but I still searching for a suitable recipe for my kitchen tools. :)

Making homemade bread is really simple and it is so fun! I need to make a video post about making bread in the future! I hope you find that perfect recipe!

This is so true! What a lovely way to spend the day. Thank you for the comment!