RE: Documented Harms of Long-Term Mask Use, Bacterial Pneumonia & the Pandemic That Never Was - Part 1

I invite readers to watch the videos, do your own research, compare the methodologies and results with the claims made by the biased fact-checkers, and then of course come to your own educated conclusions.

In my experience, the symptoms of low oxygen wearing the mask mimic my asthma, which in turn has parellels with my anxiety symptoms - 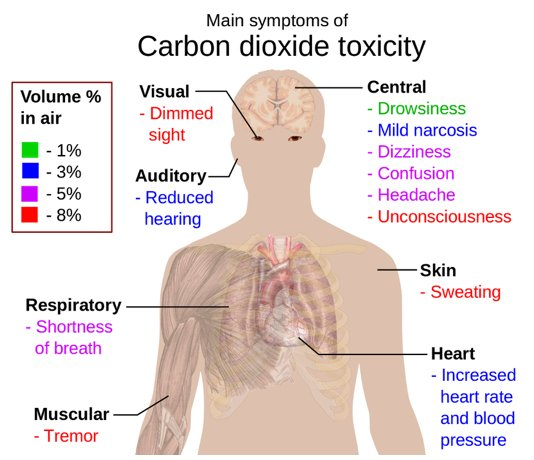 So here was I TRYING to wear the mask (back when you'd pretty much be hung, drawn and quartered if you didn't) and I was feeling headachey, trembly, dizzy, breathless, sweaty, my heart rate was up, - by the time I got home I'd be feeling so anxious that I had to lay down, and on one occasion had to take a valium just to stop a panic attack. So when people say to me "Oh, I'm asthmatic and I wear one just fine" I'm wondering HOW - and thinking it's probably related to the fact my anxiety and asthma are irrevocably linked.

I do not wear one now nor will I ever again. People I know accept this, although I think some would rather I did wear one!

Sharing this with people I know - it's a fantastically well researched post. I am wary of sharing any 'anti' post about anything COVID on HIVE as it just adds to the misinformation, panic and fear, but this post calmly and rationally asks us to do the research and make up our mind - fantastic work.

Good for you for not wearing a mask anymore.

You know, it took me years to realise that?

Thanks for the thoughtful comment, and for sharing the post with others, greatly appreciated! I’ve heard from some that for them, wearing a mask alone sparks anxiety, and despite this being a psychological link, the anxiety in turn sparks adverse physical effects. I can’t imagine having asthma or some other breathing related issue and then wearing a mask, amazing some say it doesn’t effect them! Good for you for being willing to do what’s best for your own health even if some others aren’t too happy about it. Take care, and thanks again for sharing your experience.

In an ambiguous world, it would be perfectly sufficient to accept any personal reason not to wear a mask. It is not even necessary to have several reasons, such as anxiety and asthma together. It is quite sufficient that a person under the mask has psychological problems and becomes anxious. Where are all the achievements from psychology, the anxiety states that are recognised as, for example, unremembered traumas, where the individual often cannot even say where they actually come from, because the experiences happened too long ago or have been repressed out of self-protection.

Where do we hear the voices of psychologists who know that re-traumatisation is a serious problem for those affected and that any action capable of triggering it harms them?

The Corona regulations speak of "credibility" with regard to the exemptions from wearing masks, but at the same time this passage is simply ignored or it is pretended that someone is only credible if they can produce a medical certificate, which is not mentioned in these our federal state regulations. But since one does not dare to accept this credibility from person to person, a third authority, a doctor, must support this.

In truth, it is extremely difficult to give a real reason other than that the mask leads to panic and that when one wears it, this panic manifests itself in the form of an increased heartbeat, a condition that is perceived as unbearable, which literally tightens one's throat and takes one's breath away, because, for example, one either gasps for air more behind the mask or keeps one's breath artificially shallow and therefore becomes dizzy.

Not only do these strong physical effects affect you, no, it goes further. For me personally, I start to suffer from shortness of breath when ANOTHER person wears the mask and visibly sucks it into the mouth when speaking.

Just the sight of the many masked people around me increases my fear and it is hardly bearable to meet masked people and even less to be in conversation with them. The fact that another person is inhaling heavily the mask and thus harming himself in my eyes, how can someone compassionate even watch this without getting trepidation?

Now, some respond that these are exaggerated and psychologically distorted perceptions and that one "shouldn't make such a fuss". But even IF they are exaggerations, projections, etc., are they negligible?

It seems to me that the field of psychology is still a stepchild and is simply treated as basically non-existent or irrelevant by materialistic worldviews. And since one owes hard evidence for the individual feeling of a human being, one does not take it for granted that each person not only has a self-responsibility to decide only according to his own body and mind feeling, but also knows that he owes no one an account for this.

Now, however, this account is not only wrung from him, he must also, in case of doubt, reveal his very intimacy and often his innermost being to strangers. That is, what we understand by "hurting dignity".