The Art of Hiking and Cosmological Maintenance 8

The forest weighs on you as time goes by, and then you begin to feel its presence all around like a somber shadow from some Gothic dream. Just imagine how pioneers felt long ago, out here alone, with no major civilization center nearby. Trail blazing the untamed wild. And the ever present danger of a mysterious rumbling wild land that was hell bent on grinding you down to bits in its tectonic forge, if given half a chance.

Through the trees on our right, we could still see the waters of the lake in the distance. It’s aquamarine glow was comforting. I was glad that we did not have to worry about conserving water because if push came to shove, we’d hike out there to the lake and dip our bottles in the water.

Nevertheless the shadows of the forest bore down on us, so that my pack felt heavier with each step. I realized we had been awfully quiet as we brooded in the warm womb of this forest. Silence in the backcountry can be dangerous if you stumble upon and surprise any of the cute but dangerous creatures that live there.

“Boundary road,” I began to sing the chant of our local soccer club. The chant was based on John Denver’s Country Roads.

“To the place
I belong
Vancouver, pretty mama
Take me home
Boundary road.”

We sang and our spirits rapidly lifted not just because of the protection the chants provided by announcing our presence to murderous creatures, but because they strengthened our will in the coordinated effort, and the knowledge that we were also a part of a community, of something greater than ourselves. I imagine that it is the same reason why military personnel chant when doing training exercises. Their psychological forces are brought into synch with the rhythm of the whole, boosting morale, effort, and performance.

As we cleared a section of the forest, we stood exposed beneath the bright sky on the edge of a mountain with a wall of rock on one side and a precipice on the other. It was as if we were looking at the skeletal anatomy of the continent, the fractured plates that smashed against each other, rebounding, repelling, then crashing once more to create the great ranges along the Pacific Northwest. 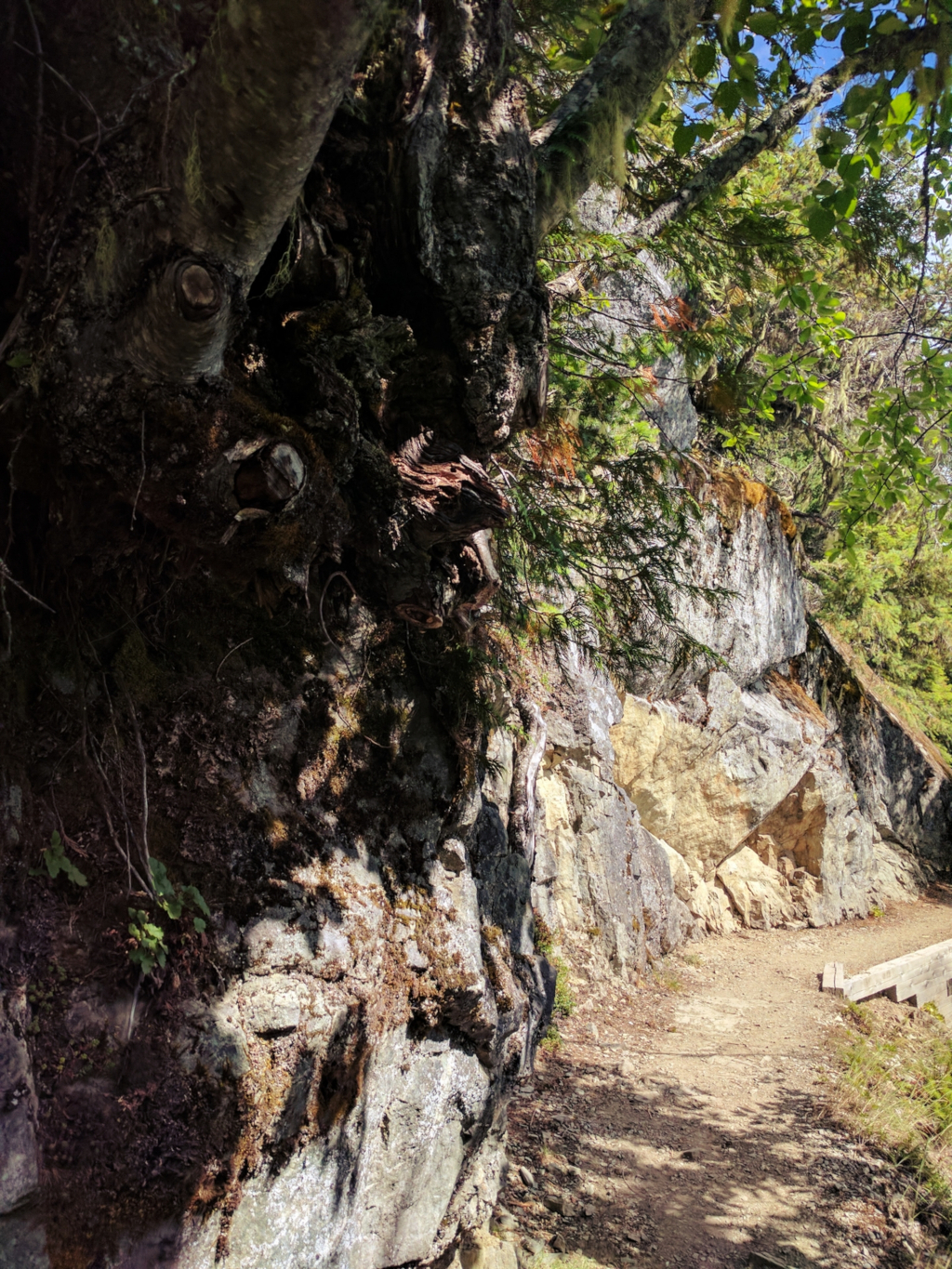 I stood in awe looking at the rocky structure, running my hand along the jagged pieces, wondering how long ago it had all been created and what processes led to its current form and composition.

Up ahead, a section of the trail had been reinforced to prevent a slide. I did not have any fear, however, because the sun was shining, and the canopy was holding us up like babes in a cradle. 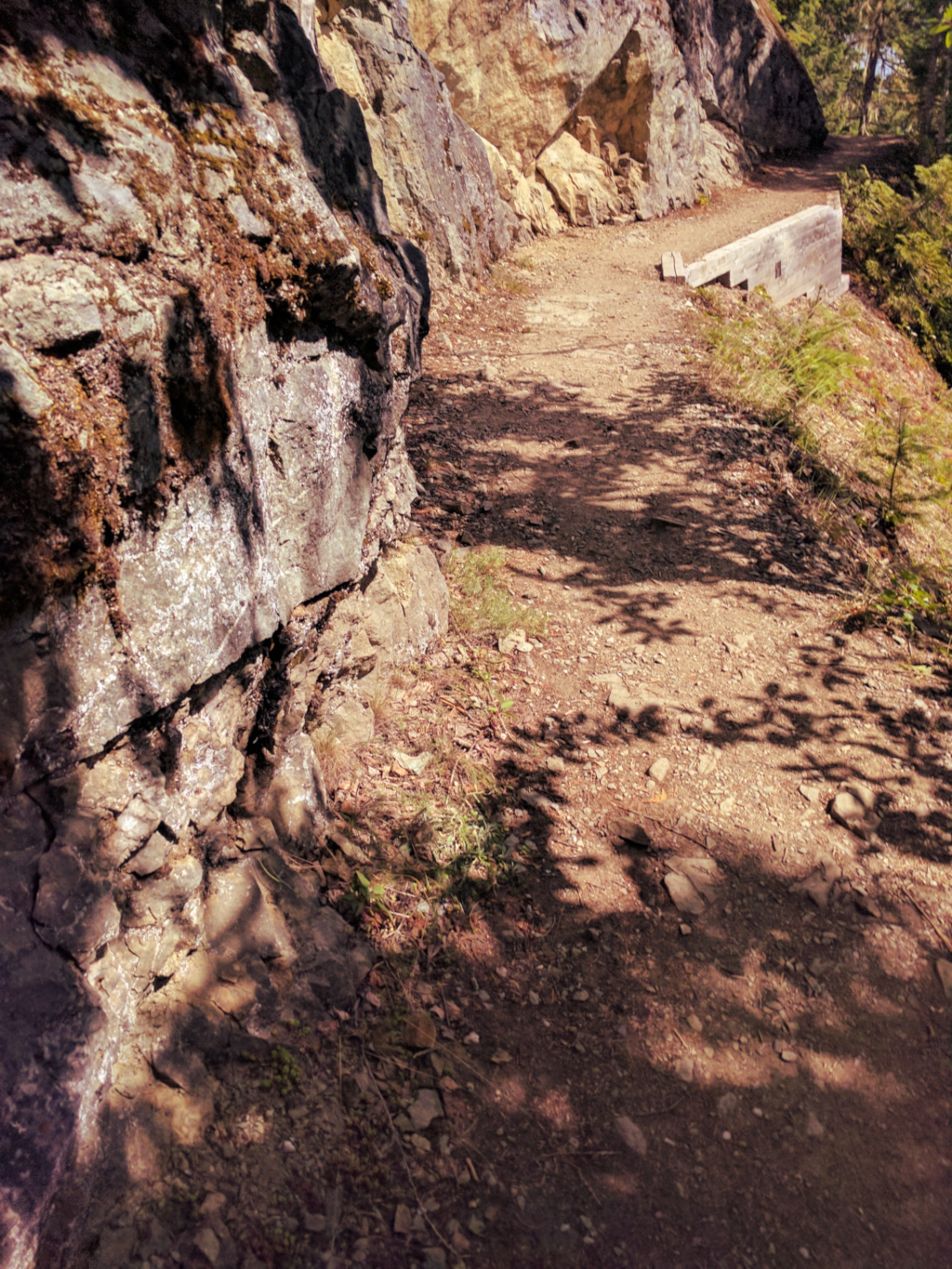 We stopped to take in the view, ate German caffeinated chocolate to give ourselves a boost, and sipped on the mouthpiece of our Vapur hydration system. It was a snazzy water system consisting of a foldable water bottle on the side pocket of our backpacks, a hose network running up and down the shoulder straps, and a mouthpiece dangling at shoulder-height. In addition to keeping us hydrated, the system had the added bonus of making us look like stylish sci-fi explorers in an alien planet.

Then just when we thought we’ve seen all the jewels that the trail had to offer, mother nature opened up herself like an oyster in all her naughty bawdy splendor and showed us her pearls. Glittering with beauty, shimmering with wanton abandon, she invited us into her glacial abode in the mountains. An invitation we did not refuse as we trekked further up the path, singing and bouncing along the mountainside like two happy little gnomes. 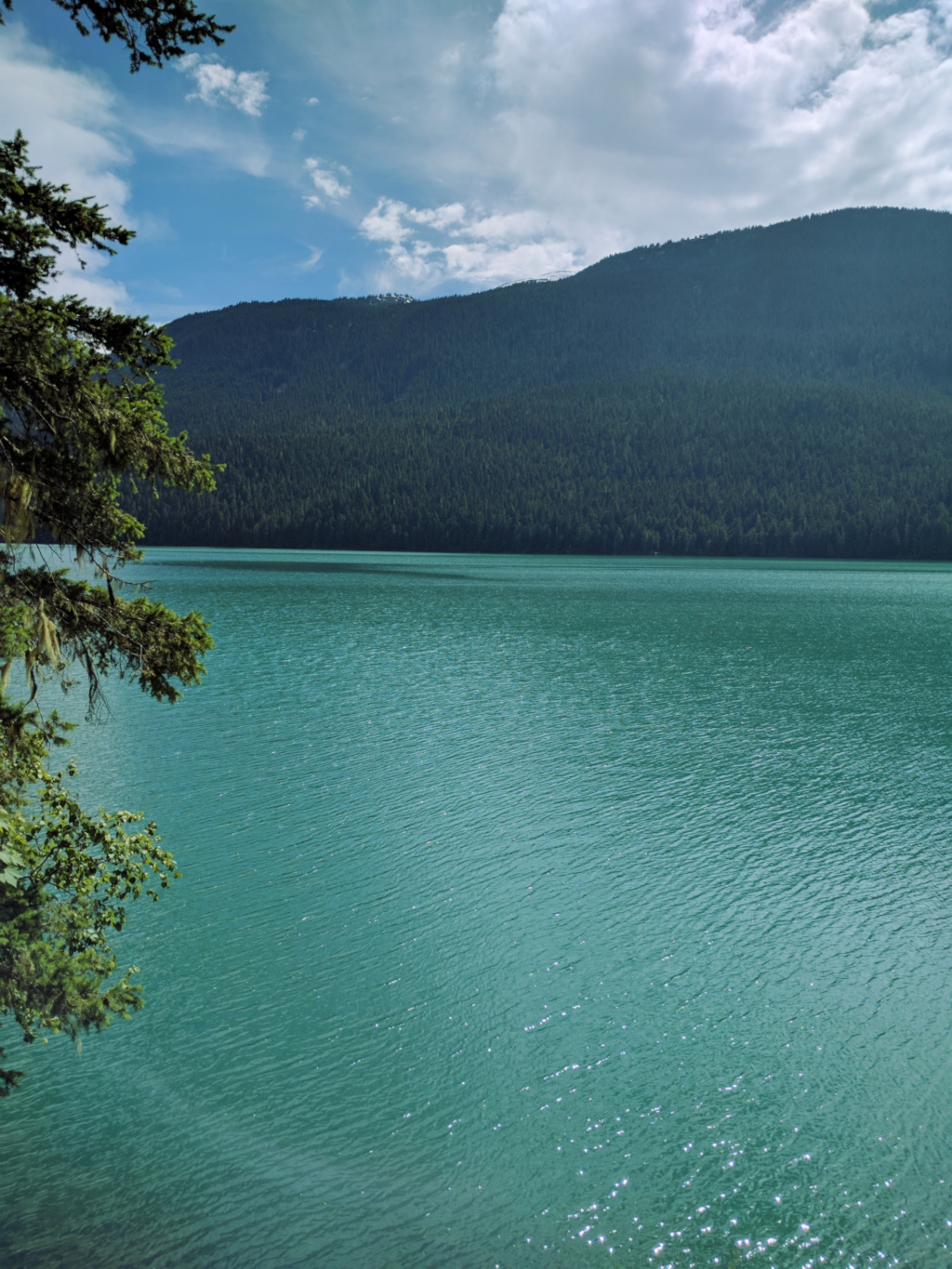