Welcome to my blog where I'll share my winning battle with I've used two monsters with the "Retaliate" ability. 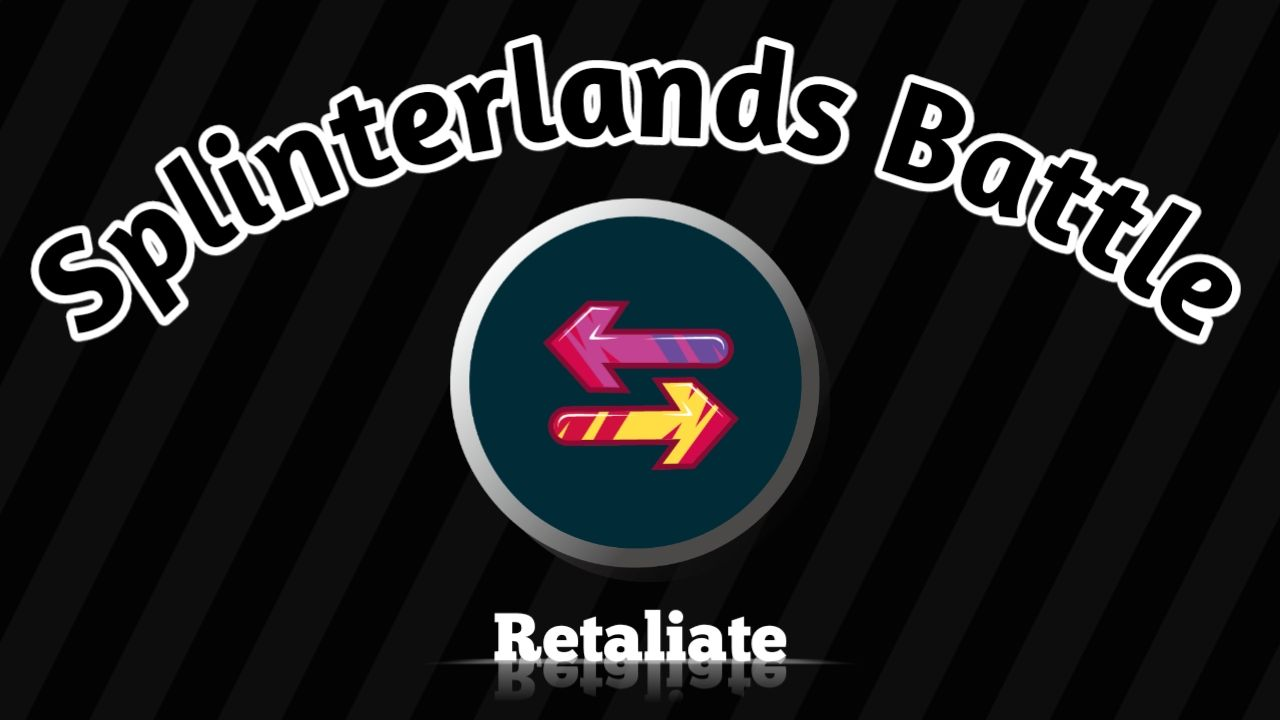 Scavenger of splinterlands is not a card. It's a special ability of some cards that gives a chance to the card with this ability to attack their melee attacker. This means, if an opponent melee monster attacks your monster with the "Retaliate" ability, then the attacker will likely get an attack back. I tried to check how many cards are there with this ability and I've found only one monster that has this "Retaliate" ability in level 1.

A Brief Info About The Battle

The battle mana cap was 21 with "Aim True, and Up Close & Personal" rules where I've used the fire splinter where my Mylor Crowling summoned three goodies that I have in the earth splinter along with the War Chaang with "Retaliate" ability and my opponent used the life splinter against me. 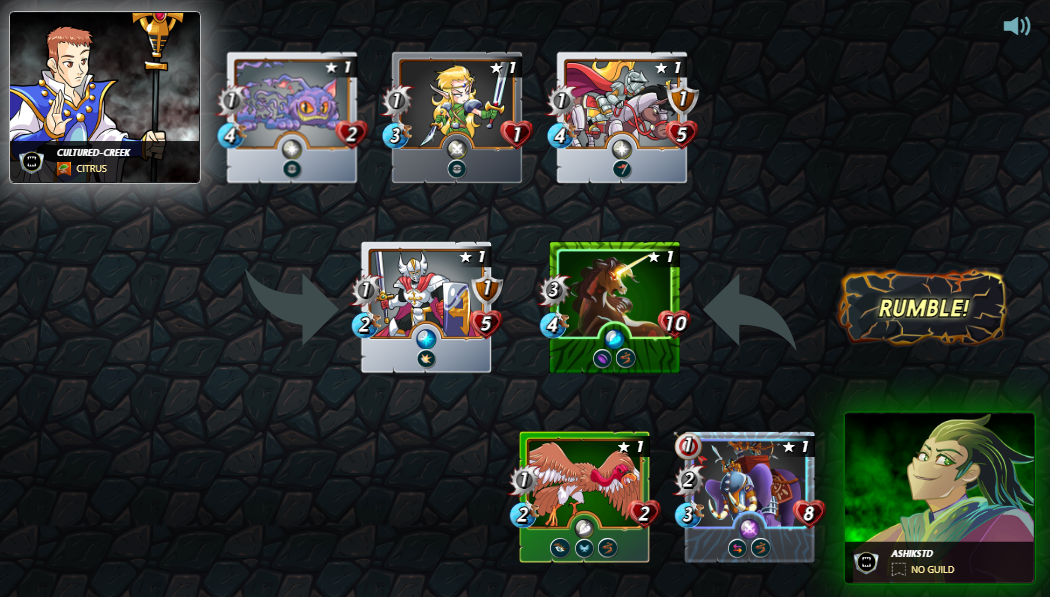 This is the only unicorn from the earth splinter that offers the "Void" ability from the very first level which allows it to reduce damage from magic attacks and this is my second best melee monster of earth splinter.

I've used the Unicorn Mustang is in level 1 with 3 melee attacks, 4 speeds, 10 health with the "Void" ability and it needs 8 mana for battle. It's an amazing monster who has a double attack. From the visual and from the official lore of the monster, we can see that this monster is something that's been used in war and I've only seen them in cinema before.

My WAR CHAANG is in level 1 which offers me 1 melee attack, 2 ranged attacks, 3 speed & 8 health with "Retaliate" ability and it needs 7 mana to play. This is a perfect monster for up & close personal ruleset for its opportunity ability that it has from level 1.

I used my Screeching Vulture in level 3 with 1 melee attack, 3 speed, 3 health with "Opportunity & Flying" abilities.
It needs 3 mana.

Link to the battle.

The battle got finished in round 4 while my team still had two monsters alive includes the monster with the "Retaliate" ability. All my monsters did great on the battlefield. 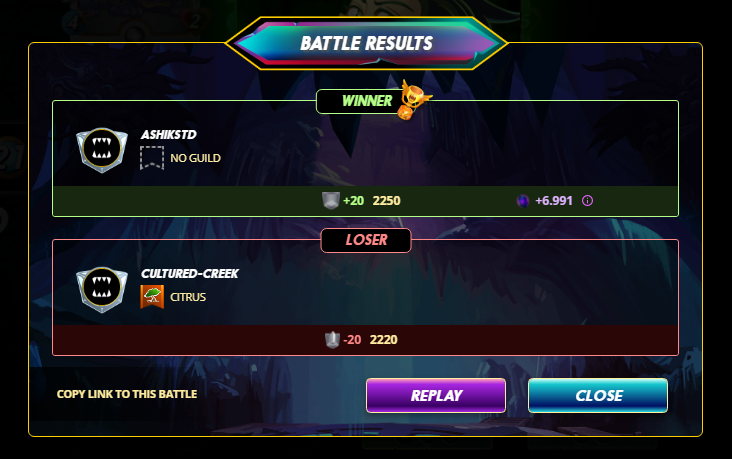 Photos of the thumbnail and other splinterlands related photos and sentences are properties of splinterlands and the above GIFs were created through EZGif.
** The End **
"Be Good, Think Good and Do Good"
"Stay Home, Stay Safe & Let's Beat Corona".
#splinterlands #gaming #hivegaming #splinterbattle #spt
3 months ago in Splinterlands by ashikstd (75)
$21.49
211 votes
Reply 7
Sort:
[-]
ctrpch (60) 3 months ago

Good use of Thorns and retaliates abilities, the combo is a good one.

Hey @ashikstd, here is a little bit of BEER from @rentmoney for you. Enjoy it!

Congratulations @ashikstd! You have completed the following achievement on the Hive blockchain and have been rewarded with new badge(s) :