A little more about Chanseus the Great!

marianaemilia (67)in Splinterlands • last month (edited)
Today I want to talk about Chanseus the Great, the new legendary summoner card.

He is the third in a series of legendary summoners that debuts from airdrops and then can be found in Untamed booster packs. The great novelty of these summoners is that they provide abilities and not just stats as before.

We started with Mimosa Nightshade from Death splint, then we had Yodin Zaku from Fire and now Chanseus the Great from Life splint.

Chanseus has the particularity of not adding any stats (for example +1 life, +1 armor, etc.) in compensation it provides 3 very interesting abilities: Repair
Restores some armor to the friendly Monster whose armor has taken the most damage. Triage
Heals the friendly back-line Monster that has taken the most damage. Resurrect
When a friendly Monster dies it is brought back to life with 1 Health. This ability can only trigger once per battle.

Although he doesn't provide armor, the vast majority of Life's splint monsters already have armor naturally, and some cards like Truthspeaker or Defender of Truth with

Protect ability can be used to increase this aspect. Another card that cannot be missing in most teams suitable for this summoner is the Shieldbearer.

This card has a large amount of life, armor, and the Taunt ability that attracts most of the opponent's blows, in addition to Shield and Return Fire.

A very promising strategy is to put it in the last position to deflect the direction of enemy attacks from the frontline fight. While before it was necessary to use cards with Triage, Resurrect and Repair to increase Shieldbearer's survival as long as possible, now, the summoner already has this capacity.

I haven't played with him yet, I need only 1 card to combine and put it on level 3, but using the battlechain tool on the Peakmonsters website, I found this battle that serves as a great example of this strategy: In lower leagues and in "Only Untamed" card tournament games Chanseus can also be very useful even in battles with little mana available, see this another example: I also believe that he can be a formidable enemy against Yodin although I have not yet managed to find a battle of this duel to bring as an example and this will be for a next publication.

Yodin Zaku has taken the lead for the time being and seems to be the strongest, however, the legendary Untamed summoners of Earth and Water will still be revealed, what will happen next?

Thanks for reading and comments! 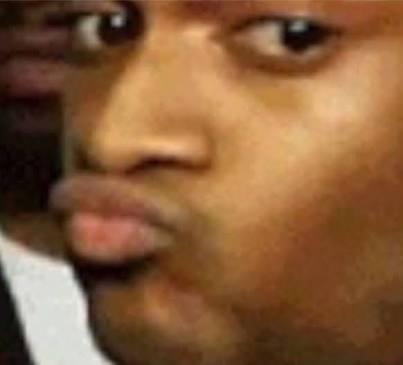 I never get the super cool cards😪

Hi, @mistakili, do not be discouraged, keep trying and the tide of luck will change to your side

I only got the one in the airdrop. Hoping the price comes down a bit, and I can stock up.

me too, or hoping to get at least 1 left to reach level 3 in some prize pack

Nice examples - here's a great one which illustrates precisely how much stronger he is - against the same splinter, same strategy (you'll see) but my opponent has Tirius and maxed deck, I have Chanseus and lower powered cards -

Yes, I saw. This Shieldbearer card is very resilient, you still had 2 resurrects and didn't need to use. Thanks for sharing.

I was actually wondering if Darius resurrects someone and then Chanseus resurrects Darius, does Darius come back with resurrect still in place?