Why The Waka Flocka Card Is Big News For Splinterlands Players

walkingkeys (63)in Splinterlands • 7 months ago 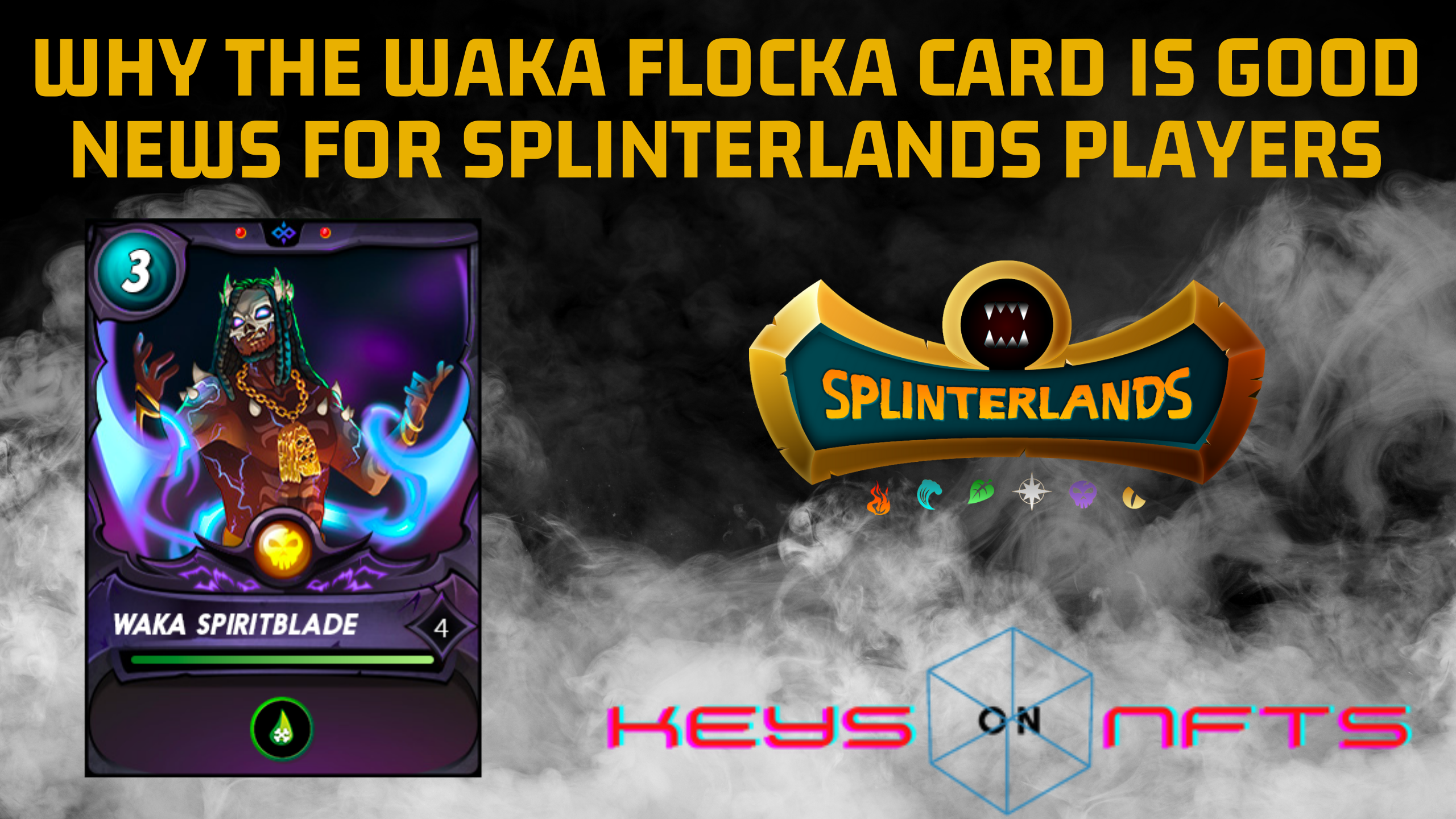 Splinterlands announced last week that Waka Flocka Flame, the rapper and crypto entrepreneur, would be joining the game as a new card called Waka Spiritblade.

This marks the first prmotion of its kind and the first time a celebrity has joined the NFT gaming community.

Splinterlands has been around for over three years and unlike many NFT projects that use celbrities to launch their product, the Hive blockchain game built a masterpiece before telling the world.

The promotion will include 1,0000 playable NFTs that can be used in battle as a legendary summoner in Splinterlands. The card will also be able to be sent to the Wax blockchain and be used as a verified NFT profile for TikTok.

We expecting the sale of 500 of the unique NFTs to hit the Splinterlands first at the end of the month and then followed by a 500 NFT sale on AtomicHub on Wax.

This is a big deal for Splinterlands, and will showcase many aspects of the game the world hasn't seen yet.

First, the cross-utility of the Waka Spiritblade NFT is something that other blockchains dream they could have. Hive and Wax are both very versatile blockchains and inexpensive to run transactions. Hive impeticular, is a virtually unknown blockchain. The added ttention will be good to attrat new projects to the chain.

Second, millions of eye-balls tune into Waka's social each month and soon those eyes will be seing the new NFT card that Waka has. His audience is already familiar with crypto, because he talks about it all of the time. The audience is primed to hear about Splinterlands.

Third, more utility for SPS an Vouchers. Both of these will be used to buy the cards on Splinterlands. On the latest Town Hall, they said the cost would hundreds of vouchers and thousands of SPS. It is safe to say that the card will cost around $1000 and the company could take in about $500,000 in revnue the day of the sale.

The promotion just shows how much value the Splinterlands team continues to deliver to players. If you have vouchers, because you staked SPS, then you can get your card. If you don't, you could sell the vouchers to people that want the card. It is a beautiful thing.

I for one, am going to try and get the Waka Spiritblade card. It is going to bea litle piece of Splinterlands history and I'm going to go for it.

What are you doing? You going for the card too?

What do you think? Let me know in the comments below.

Excitementness intensificates.
Waiting for that detail post. I'm guessing 5K SPS and 500 vouchers for each account to enter a raffle.

Are you going to get one? It is double what I thought, and a little out of my reach.

I'm angling for 3. Probably get outclicked by bots, and regret not selling my vouchers into this feeding frenzy. Gotta try though :)