The United States proof coins are produced from carefully selected coin blanks that have been burnished to a high luster.

The polished blanks, which are carefully handled to minimize scratches and abrasions, are struck on specially adapted coining presses.

Each coin is struck at least twice to bring forth the most minute detail with remarkable clarity. 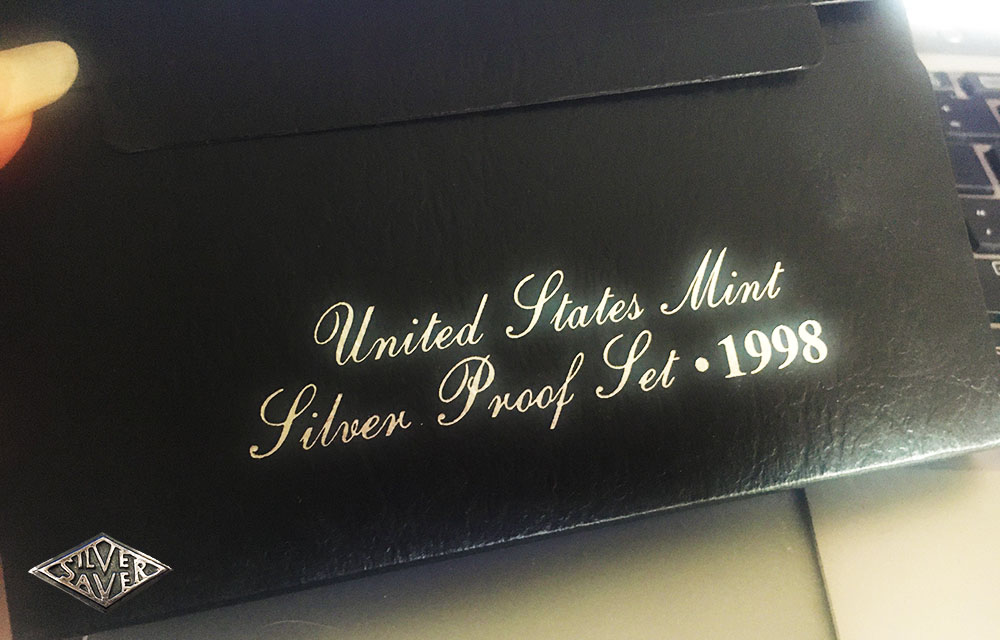 The surfaces of the coinage dies used for striking proof coins are meticulously processed to create a frosted appearance of the image on the die.

The background surface is polished and buffed to a mirror-like finish.

The dies are also buffed during the striking process. 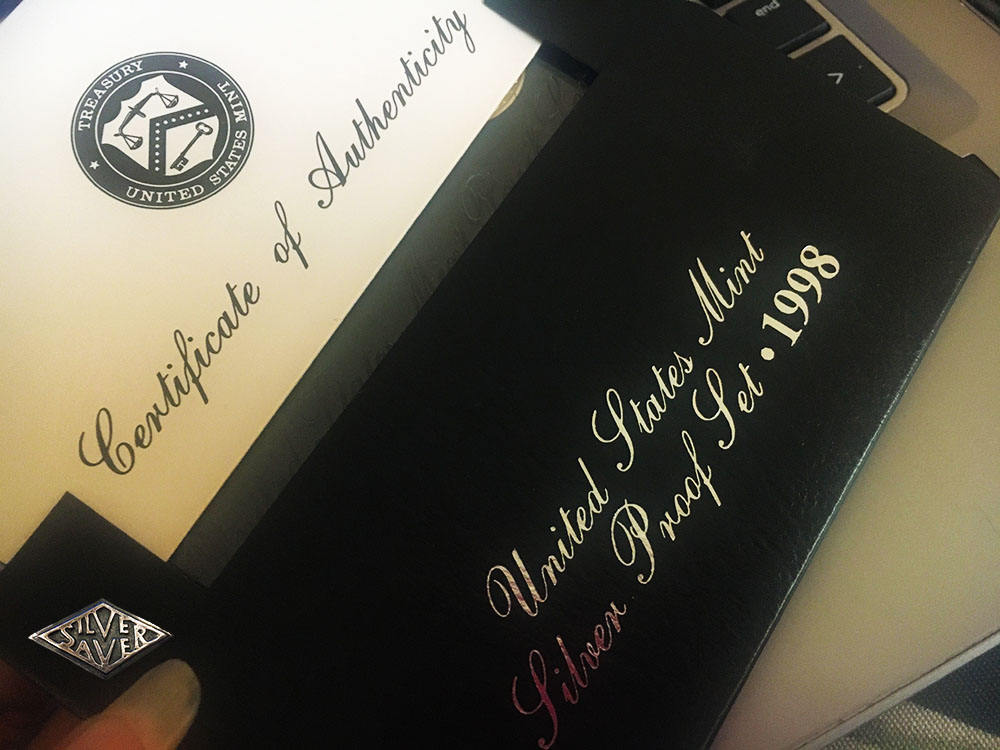 The finished coin with its frosted cameo image in a mirror-like field is carefully inspected -with gloved hands to protect its surface- before being assembled into sets.

The proof coins are then placed into a transparent presentation case. 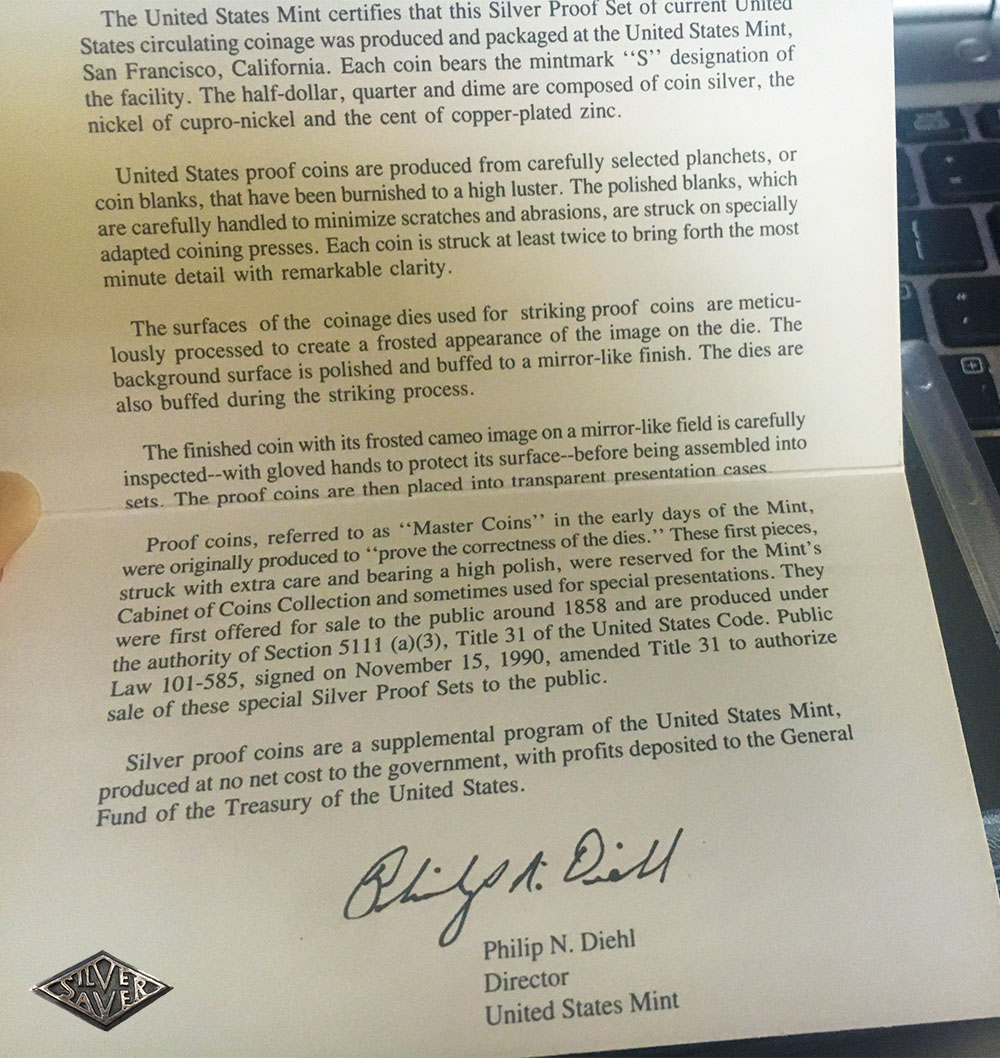 Each coin bears the mintmark "S" designation of the facility.

The half-dollar, quarter, and dime are composed of 90% silver, the nickel of cupro-nickel, and the cent of copper-plated zinc. 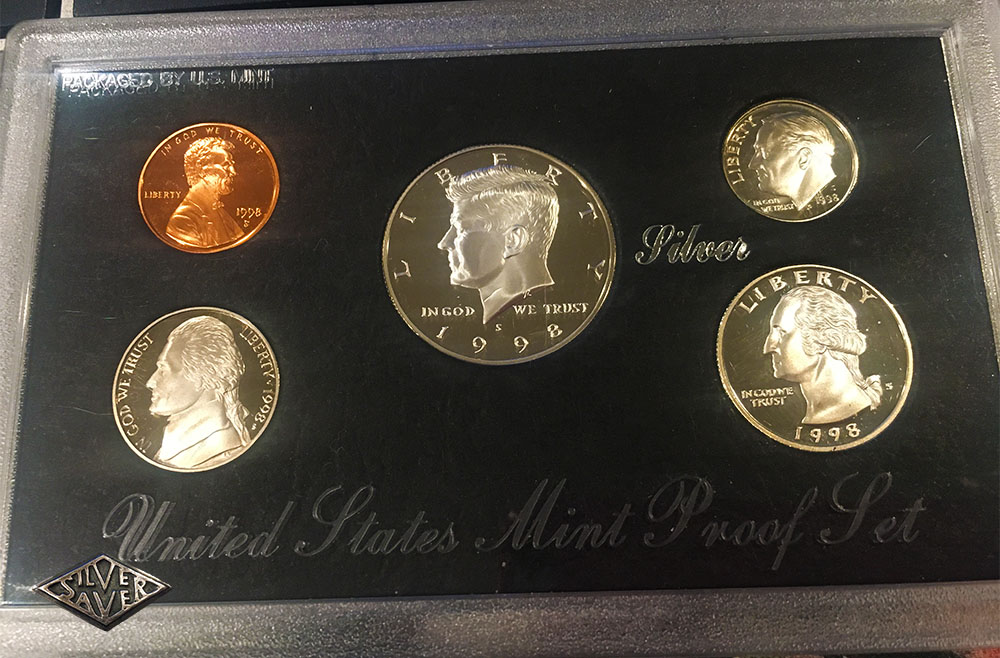 Proof coins, referred to as "Master Coins" in the early days if the Mint, were originally produced to "prove the correctness of the dies." 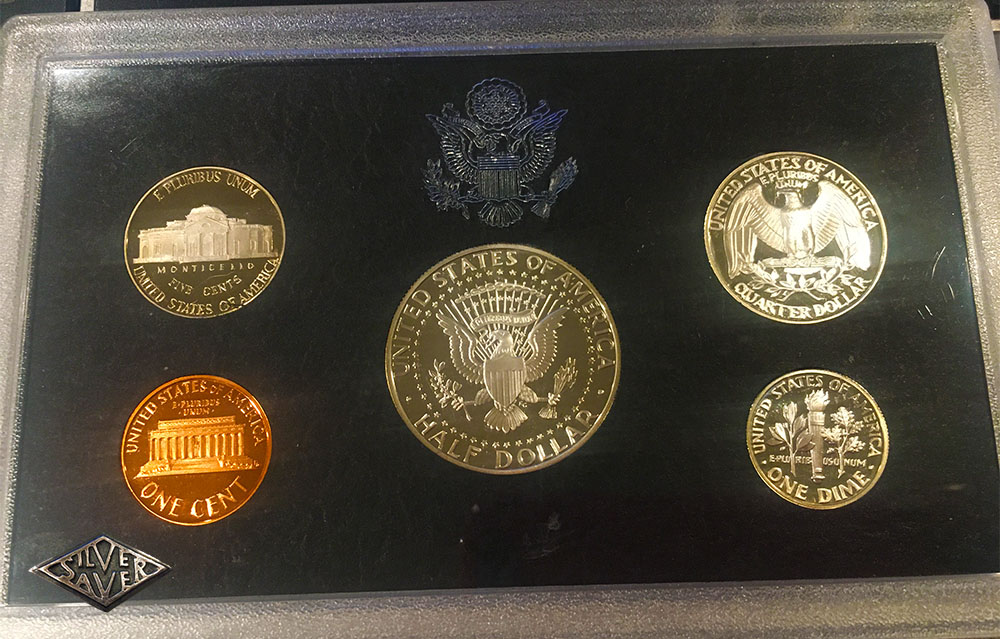 I hope you enjoyed this article and knowing a bit more about me, as much as I loved sharing with you.

All photos, gif and videos were taken by me using my iPhone6 unless specified otherwise. 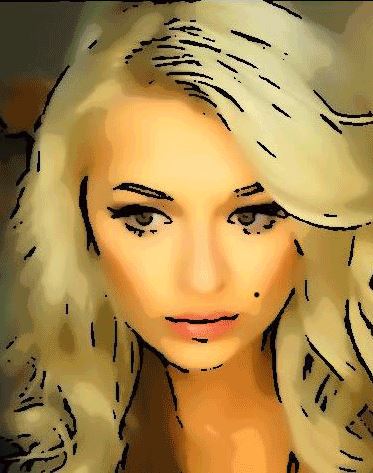 @silversaver888 is a proud member of #ladiesofhive

Would you like to support The Ladies of Hive Community? Consider giving a delegation!

I like Silver Proof Sets and I have a few Americans and Canadians. They are beautiful and mostly made of silver. Why not like them?

Of course! Since these are not usually in silver, to have this set is special.
Do show us your Siver Poof sets, @ronavel. 🥰🌺🤙

Simply put - gorgeous! Sometimes, I am amazed at all the fine details of the processes involved with producing coins like these. Thanks for sharing, sis!💕😘🤗🌸

These coins have the traditional designs, the last year we had the quarters in that design.
They are truly amazing.
Sis, I am truly grateful for keeping me in your prayers. You are my rock!'
Have a lovely day, and take care, my sweet sis,@ elizabethbit. 🥰🌺🤙

I am happy you are back! Take care of yourself as so many folks care about you! I will continue praying for you. Have a lovely evening my sweet sis!😘😘💕💕🌸🤗🤗

You have to love the quality of these silver Proof set!!!

Yes, I am back, I am gonna take care of myself better.
Have a lovely day, my friend, @silvertop 🥰🌺🤙
!ENGAGE 25

That's good to hear @silversaver888 your health is number one my friend!!😍😍😀

Good to have you back @silversaver888!!! Hope all is well with you and that is a beautiful proof set you have. Thanks for sharing it with us.

These coins were a gift to me, and I really like them.
I hope that you are having a beautiful evening.
Take care, @jlufer. 🥰🌺🤙

What a beautiful gift dear friend @ silversaver888, congratulations, enjoy it very much, I appreciate that you have taught us
Have a wonderful afternoon

For some reason Cameo Proof coins photograph well compared to normal Brilliant Uncirculated coins and it gets a bit scary taking them out of their protective capsule or cases to examine. I don't think you will be taking these out of their cases Sis.
Glad to see you back, rest & recover well Sis 🤗🌺💕

These are top of the line, sis.
I am so glad to be back. I am glad that you kept me in mind and in your prayers. Couldn't have done it alone.
Thank you.
Love you always, sis @kerrislravenhill 🥰🌺🤙
!ENGAGE 25

You little Teaser......You know that was the Last Year when The Quarter Still had The Traditional Reverse From its inception in 1932, Nicely Done Ms. Saver @silversaver888 ........You Really Got Some Neat Stuff !!

Thank you, my friend, @stokjockey!
I am glad to have this. It was a great birthday present.
Have a lovely day, and take care 🥰🌺🤙
!ENGAGE 25