My new contributions to the Hive Condenser

Display more than 100 witnesses on the witness page

Currently https://wallet.hive.blog/~witnesses only displays the top100 witnesses with a text box that allows you to vote for low ranking witnesses, provided that you know about them. As I was working on some bug on the witnesses page, I noticed that the API allowed me to fetch more than 100 witnesses so I went on and increased the number of witnesses from 100 to 200 which is enough to cover all of our current active witnesses. 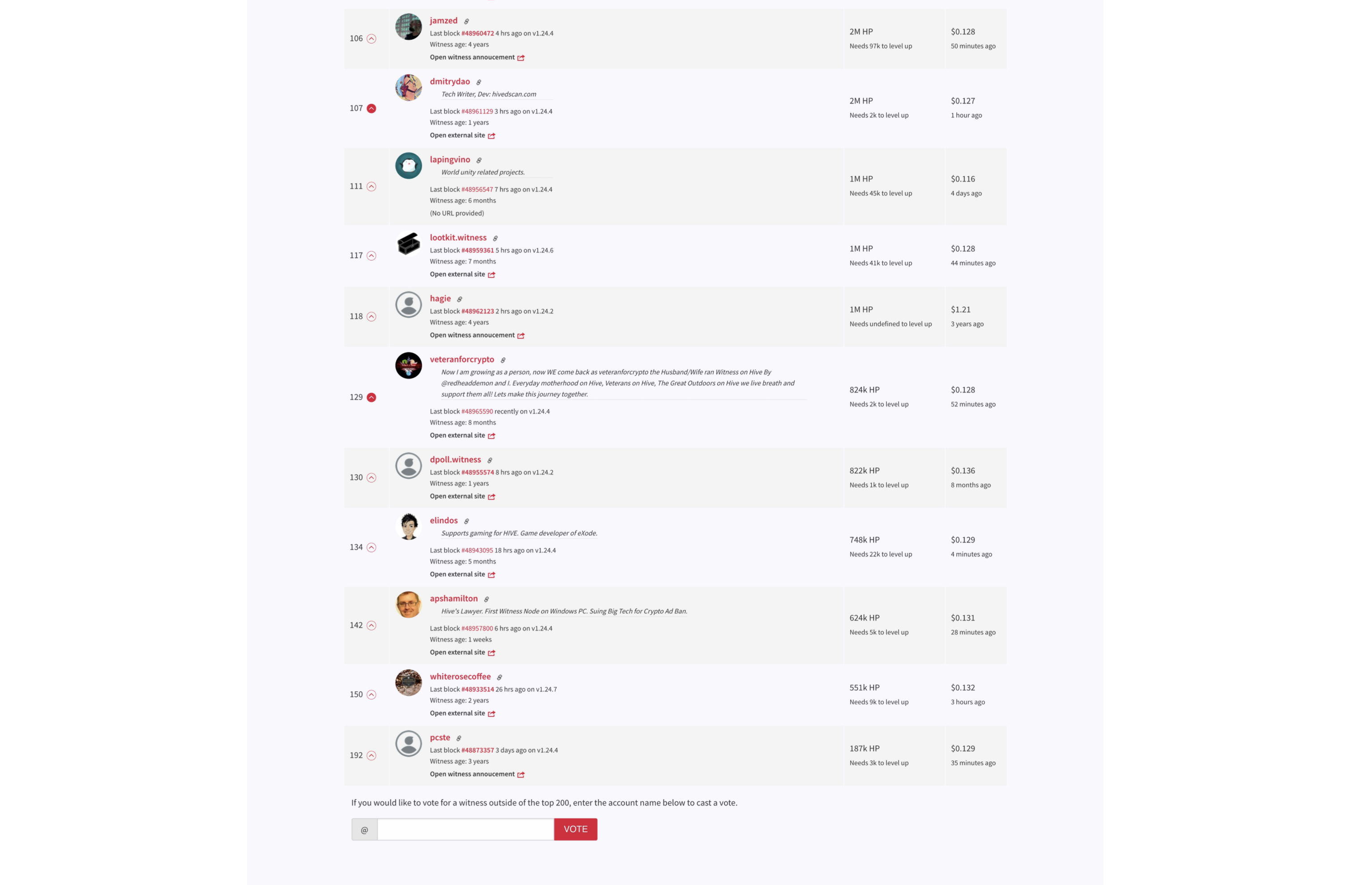 Some users have chosen to have an alternate user accounts for their witnesses to separate regular social activities from witness activities. Some witness accounts were created and managed by more than one user. This code change now display the owner(s) of a witness account.

Delegating Hive Power to another user from your wallet

This change was implemented several months ago but I forgot to announce it although it was announced in one of @blocktrades (Witness) posts. You now can access your wallet and delegate some HP from the drop down menu from your Hive Power. 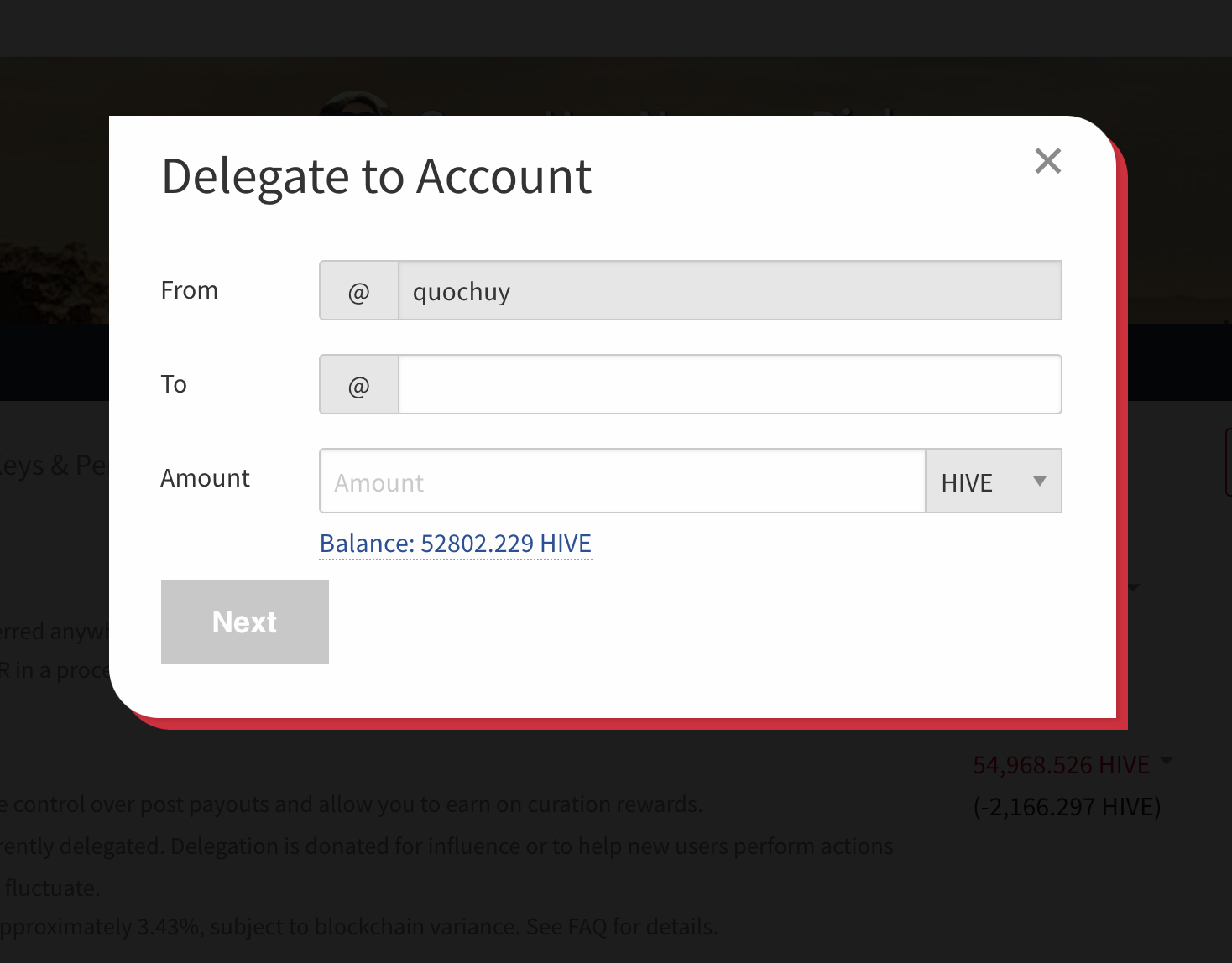 A list of your current delegatees is also available in your wallet:

If memory serves, this code was created on the Steemit Condenser and I've just ported it for Hive.

Great work!
It will be nice to be visible on the Hive.Blog witnesses page.

Hopefully it will get out soon

Thanks for all the condenser work. I don't use it😅(PeakD all the way) but having a good experience on the major frontends is very important. 4

Thanks for giving us more visibility 😊

I didn't know that you could add an owner for a witness account, how to proceed to do this? (I would like add my account @french-tech as owner)

It's not yet out for Hive Blog but you can set it on Peakd:
https://peakd.com/@mintrawa, click on the Action button and Edit profile

Thanks for the information, I logged on Peakd with my mintrawa account and opened Edit profile but I didn't see a field corresponding to witness_owner 😢 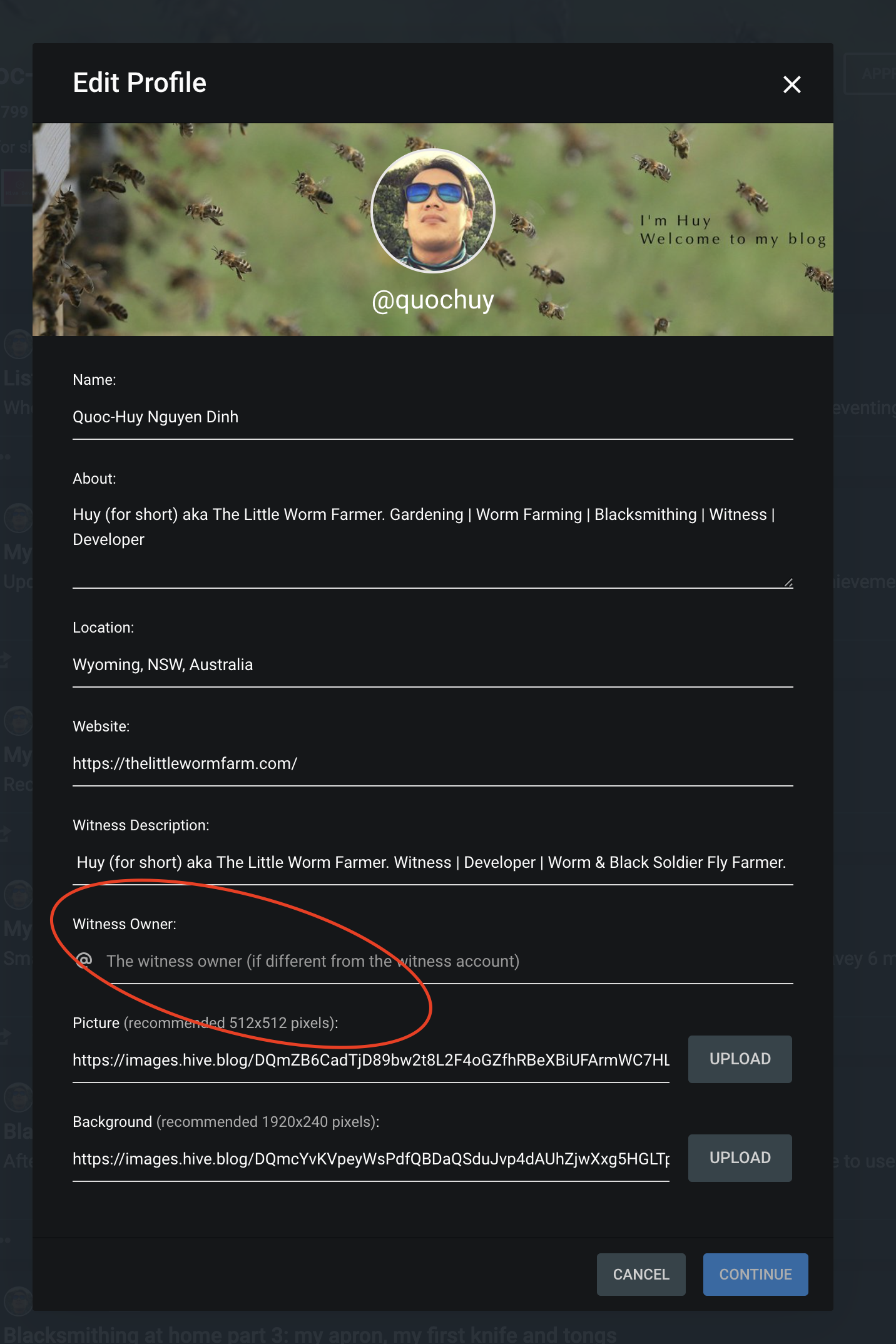 Else try on my test server:
https://hivean.com/@mintrawa/settings

Thanks for the link, it worked as expected 👍 I think it's a problem because my profile didn't have the 2 fields before, now that I used your link and updated when I open Edit Profile the 2 fields appear. Interesting, I will let their developer know