Gaming - My courtyard addiction in Atlas

The idea of this game is definitely to sail the open seas. You can build ships, build on ships, have sea battles in PvP, or kill Krakens in PvE. Aside from the open seas, there are, however, many, many islands around to be explored and settled aswell. Perfect for a landlubber like me. 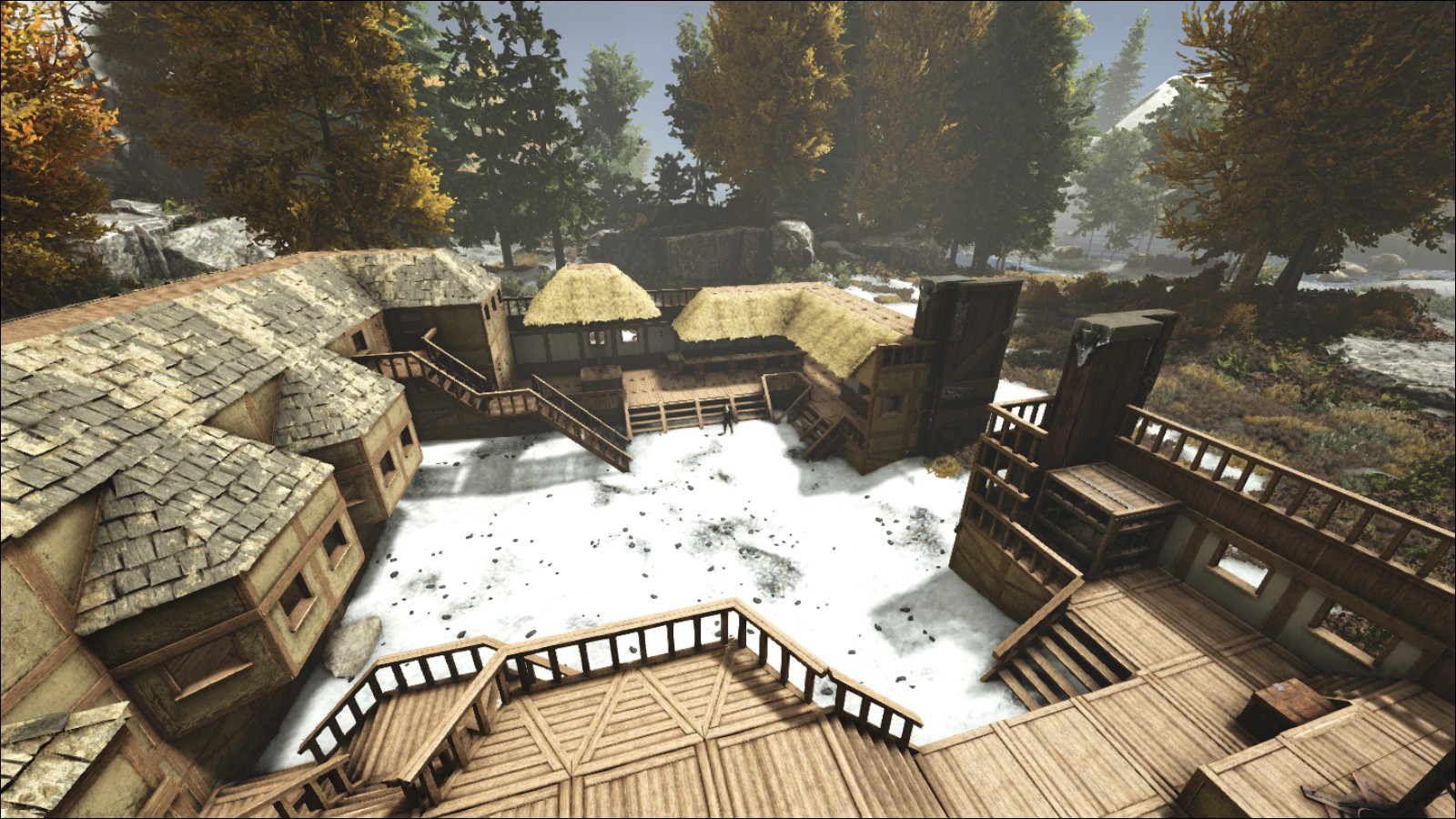 There are many things to do in this game and I've written about it before. The thing I enjoy most is building. I've build many homes on land, a few on cliffs and a few on ships. 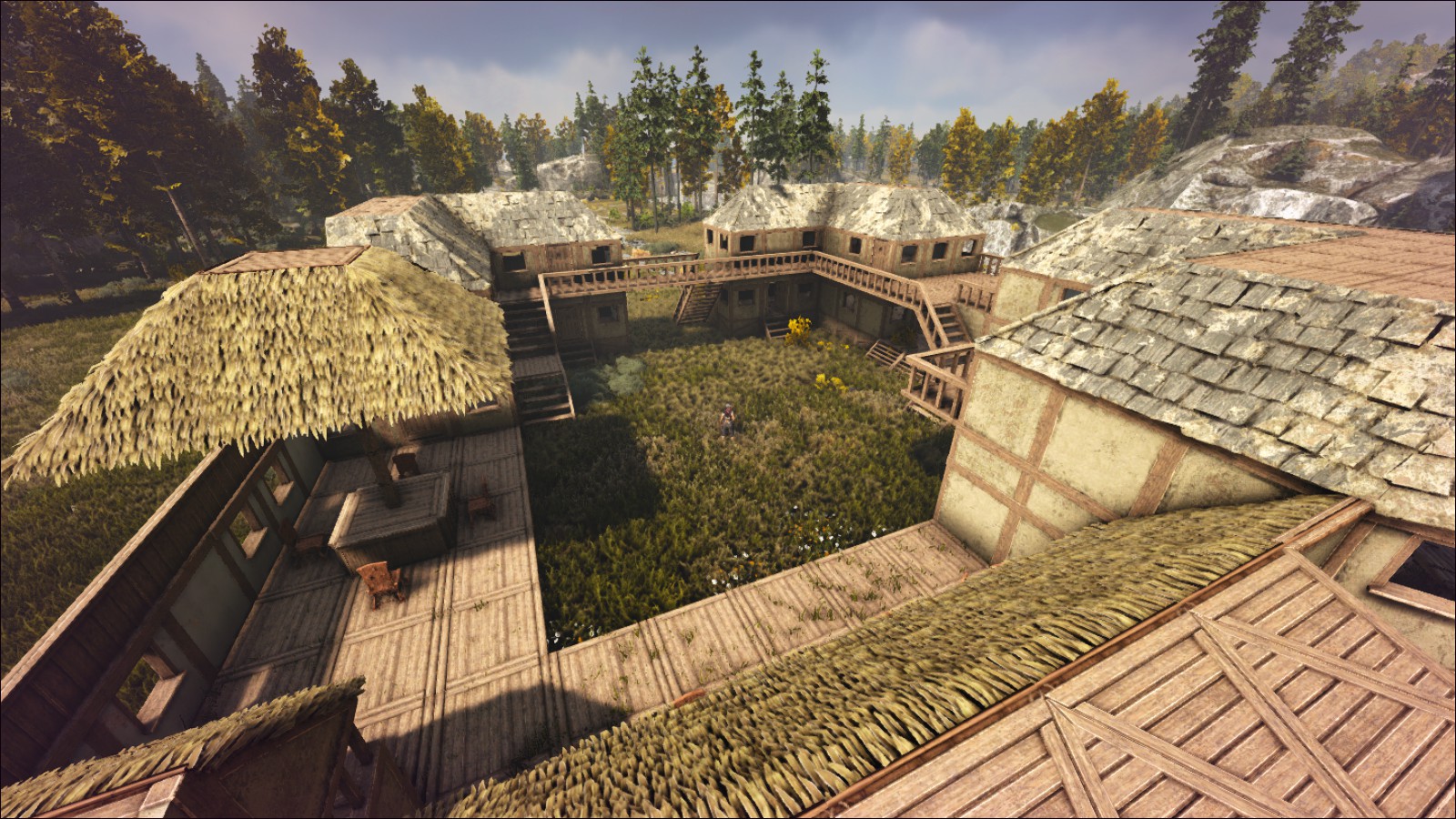 My latest building of choice is a building with a courtyard. Many people build massive, square block buildings, which are so ugly. They put no imagination into their designs at all. 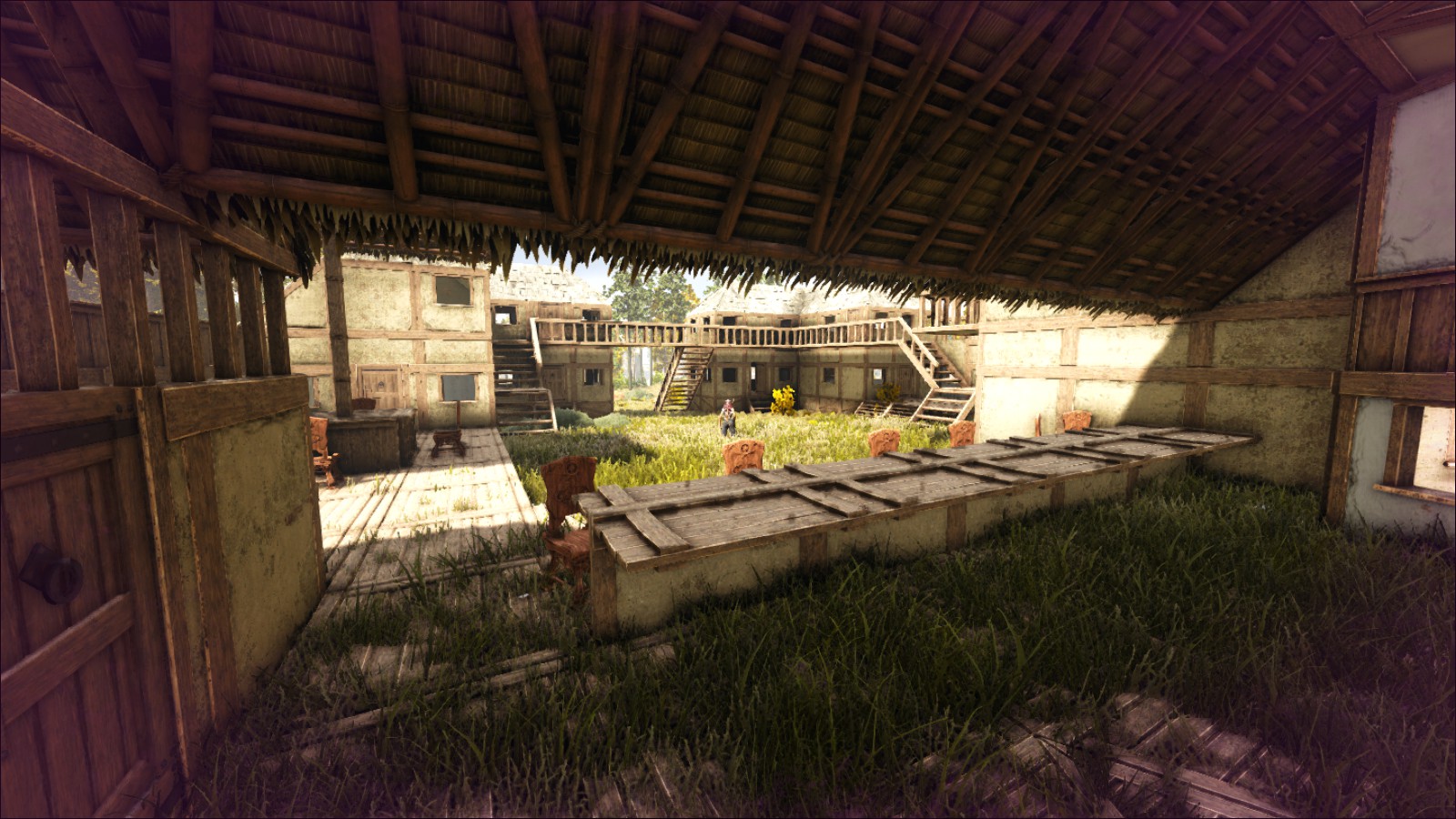 That's up to them, ofcourse, but come on. All I keep thinking is "Put a little effort into it!". 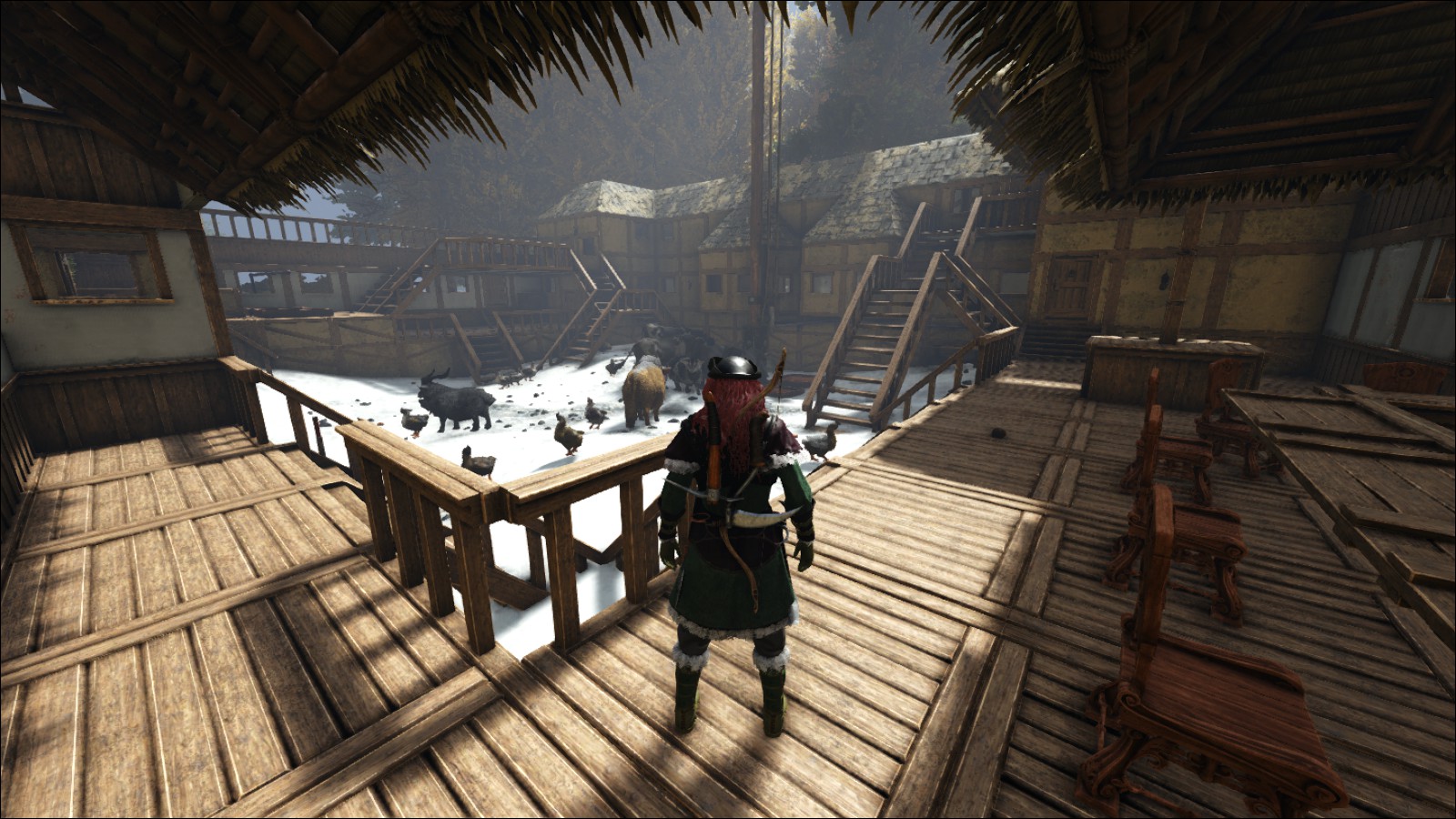 So, I try to make homes with a little more shapes to them than just a square box. And ofcourse, I try to pick beautiful spots for those homes aswell. 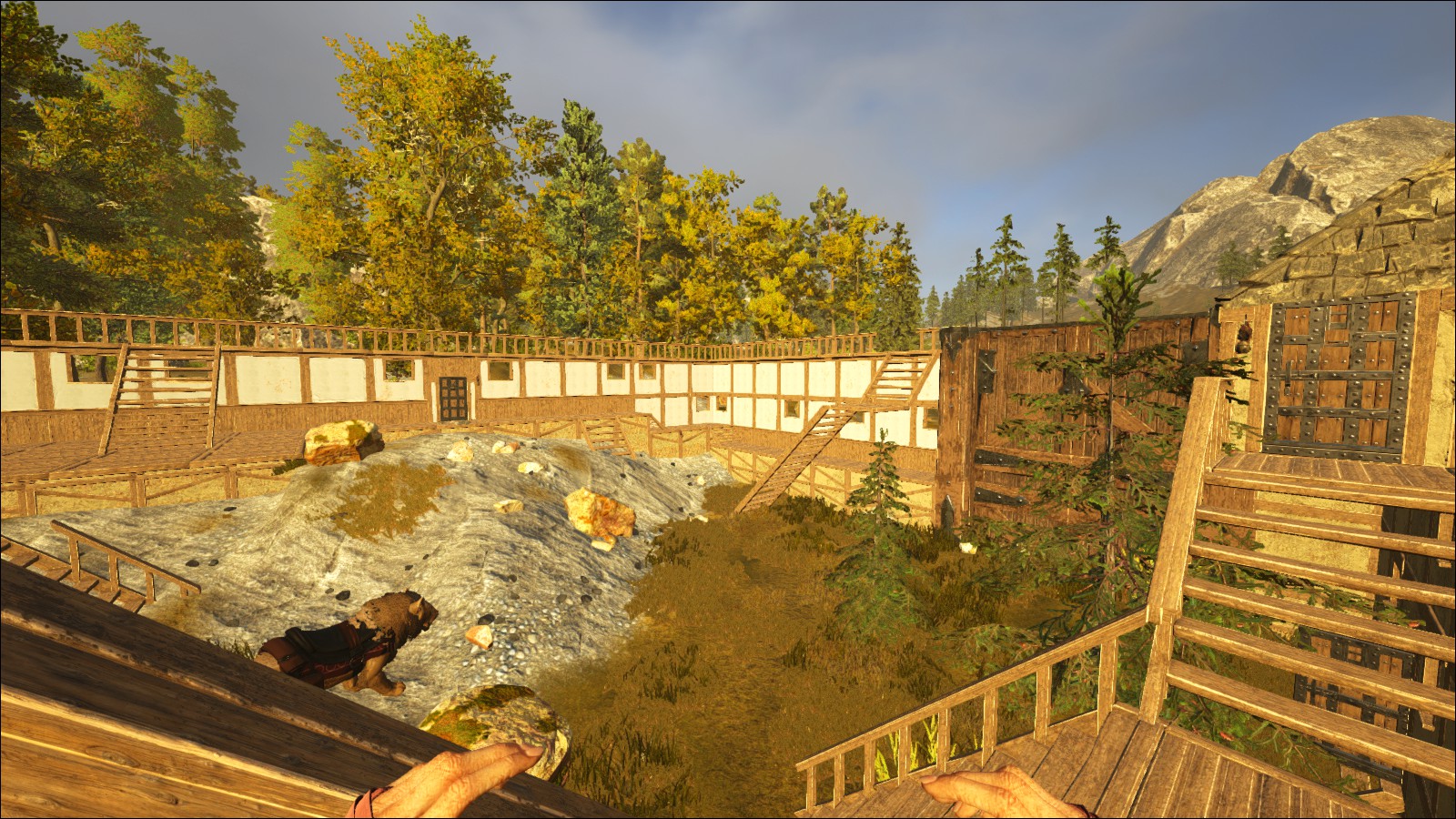 My latest homes have been all about courtyards. It brings nature in and it keeps the predators out. Perfect for keeping my animals safe, without having to build big, ugly holding pens. This automatically means I have to think quite big, because my animals have to fit inside, while still leaving some walking space. 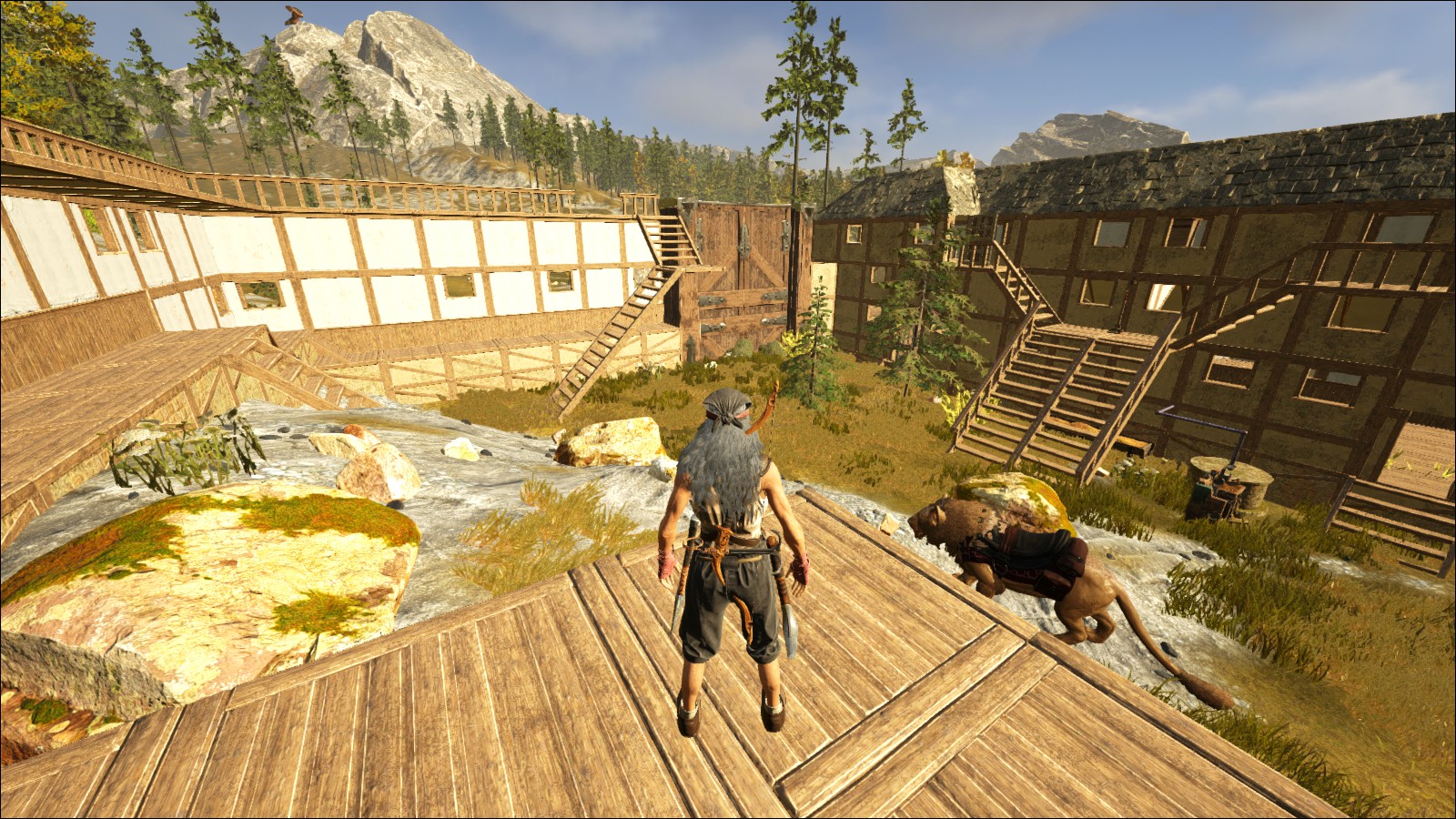 Having to build this big means needing lots of materials, so whenever I start a new home, I spend a lot of time gathering, crafting and building. There are farmhouses available now which, when put in the right spot, will collect resources for you. They've really helped me out by collecting resources while I was offline. It means a little less gathering and a little more building. 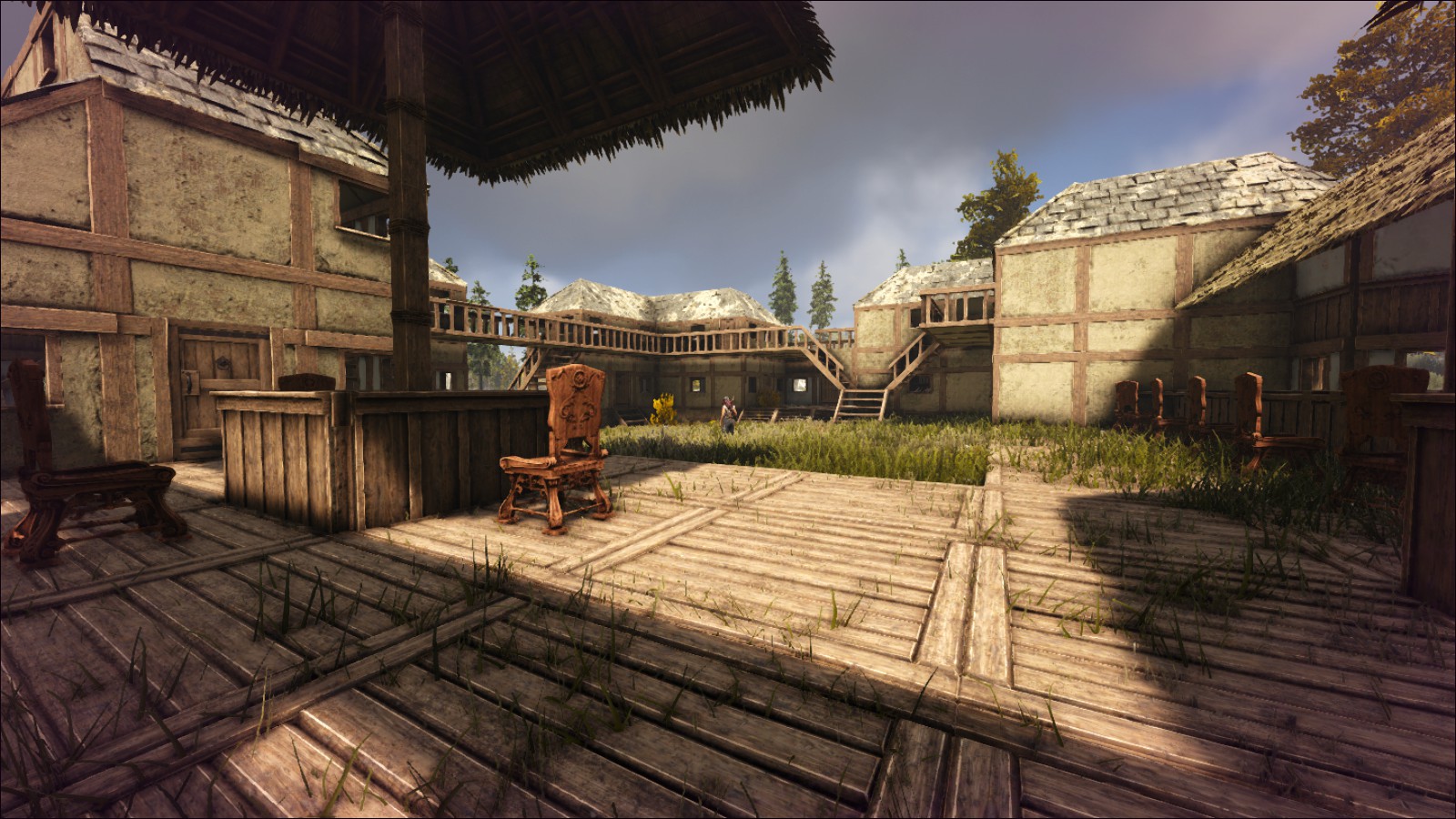 Eventually, I will hit a point where I have to get creative. A big courtyard means a very big building and how the heck am I supposed to fill all of that space?

So I build bars and seating areas which I top off with things like beach umbrella-ish buildings.

My last courtyard even housed a tree or two! 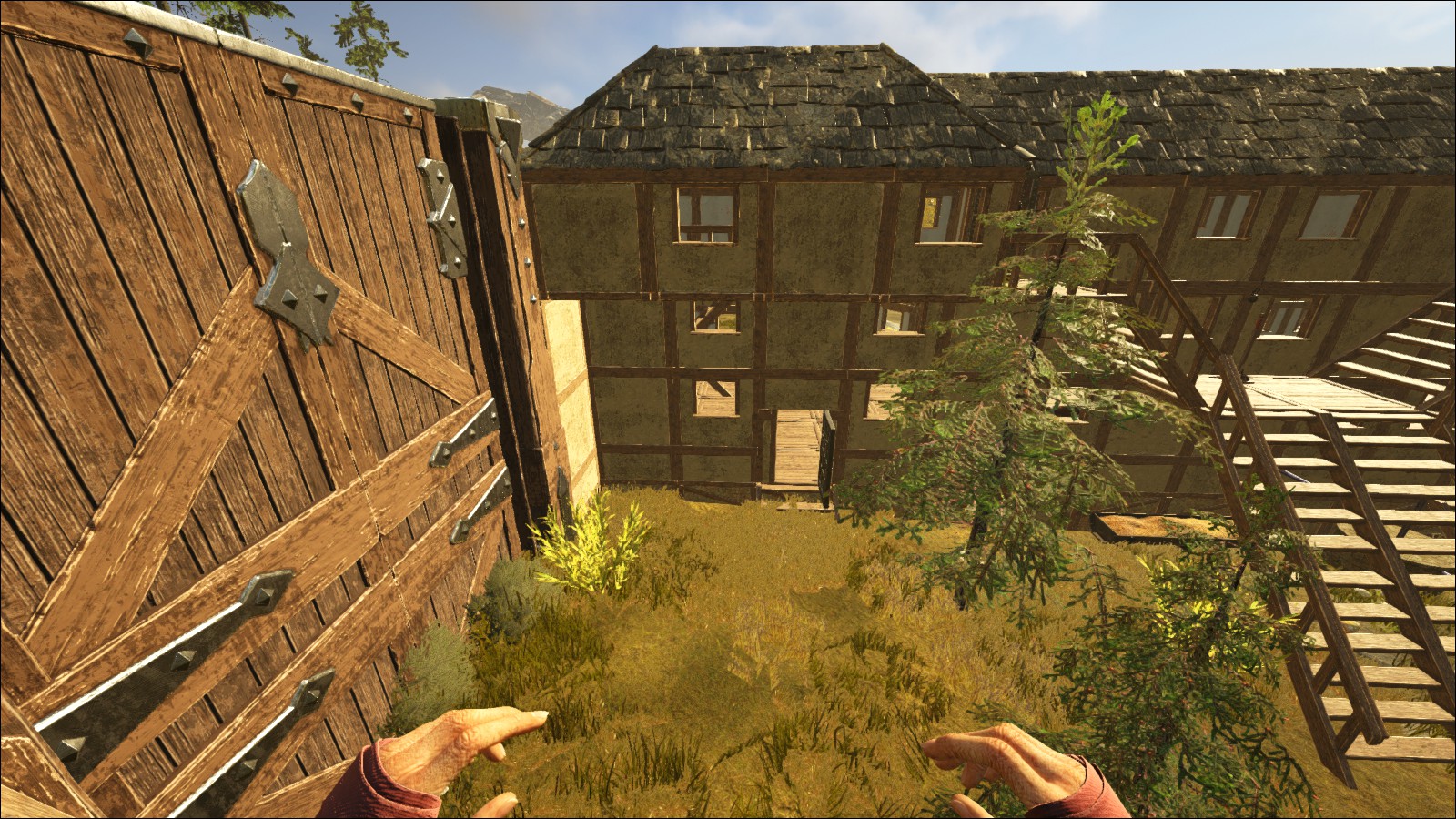 Atlas is still in development (I honestly don't know why, it's been playable for ages), which means they will sometimes do server wipes. I think due to backlash from the community about these wipes, they now call them 'seasons'. So every once in a while, there's a wipe and a new 'season' begins. This is where they make their biggest changes to the world. 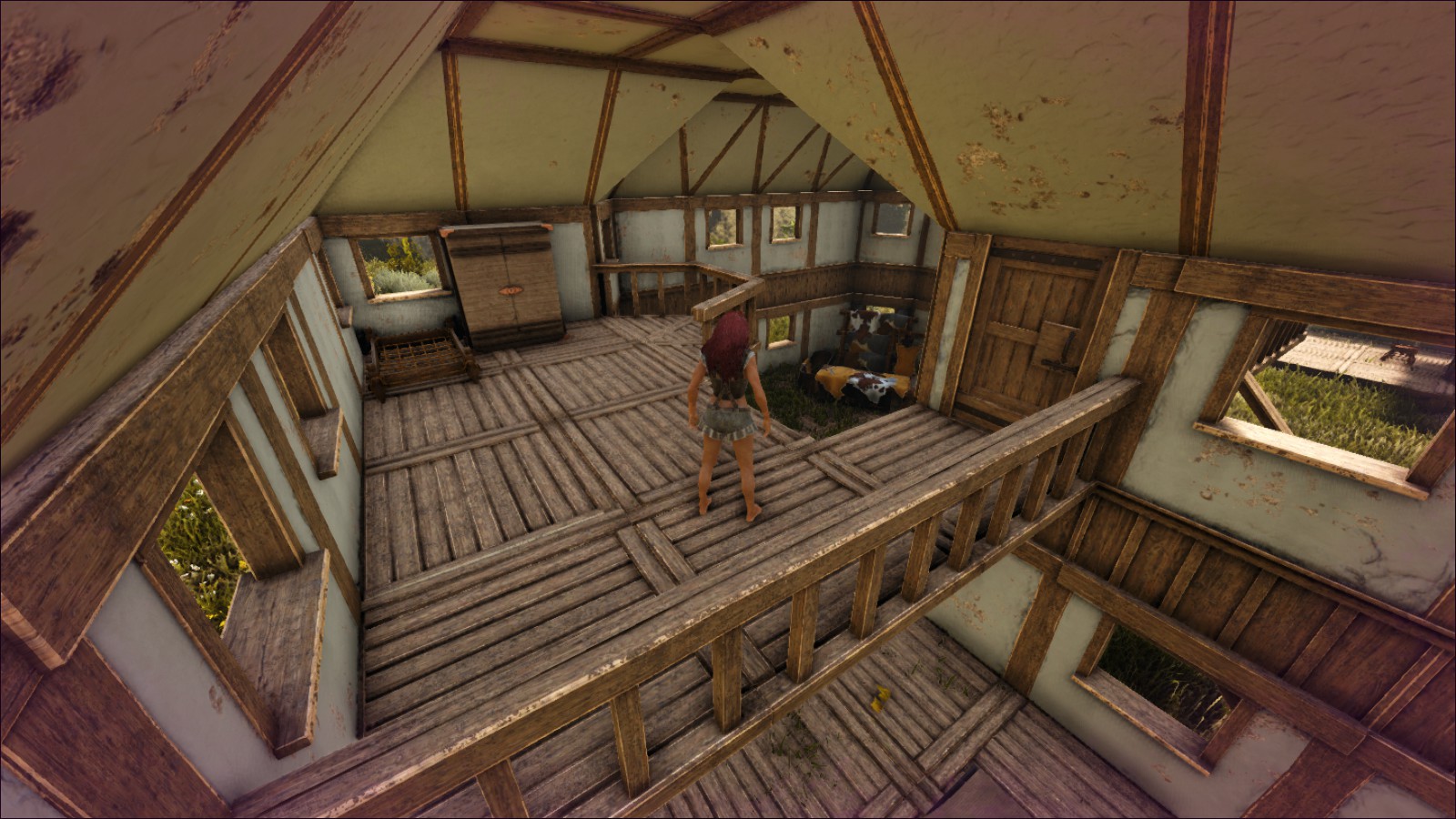 The last change mixed up the maps quite a bit, or so I'm told. It also added trade winds, which basically means that there are water routes on which you sail much faster. Easier to get around the massive world!

I love this game, but since the last wipe, I haven't started it yet. I know I'll have fun building again, but every time my big home is finished, I kinda get bored and quit. There probably won't be much free space left either, seeing as the big companies tend to claim as much as they can. It can be kinda tough to find a nice spot as a single player.

It's fun sailing the seas, but having to now use gold to build bigger ships, it has put me off. My brother tells me it's easy to make gold now though, so who knows, maybe I should give it another shot!

Thanks for stopping by! If you've enjoy this article, try my other sites:
| Foodblog | Redbubble shop | Vida shop |

I remember this game was blasted with bad reviews on launch. I don’t remember why or if it was only because of server issues. The building seems pretty cool though. I tend to get hung up in building in games like these. I loved that about Valheim.

Ugh, Valheim. Every screenshot and video makes me think "Do I have a different Valheim than they do?". Honestly, even my own screenshots! I really need to give that game another shot...

Atlas was received very badly in the beginning. I'm not sure what the reasons were anymore, but they were probably partially good ones. At the very least, there was a ton of lag in the beginning. They have been working hard on the game and although it still has its flaws (I mainly get annoyed by ground-greedy companies), I can't seem to shake this game. The building part is just very attractive and I do like the animals aswell. Especially when I manage to 'adopt' a lion from someone who has been offline for over 8 days! /pirate

The courtyard is very nice. I have yet to try one of these survival / building games but the idea of building my dream home in a digital world sounds kind of fun.

It is a lot of fun, although gathering materials can sometimes be a bit annoying. Especially when you have a certain goal in mind and all those pesky materials still need to be gathered ;-)