This has been a request that my followers have asked for a long time. I'm often compared to Enya and though I rather think every singer is unique, truth is I love Tolkien and she did an amazing job. I guess people compare because we both have soft voice. Some weeks ago a friend of mine gifted me by suprise this lovely dress and I felt elven right away... so this came to be rather candidly and I hope you enjoy it.

Are you a Tolkien fan? Did you know there is now a prequel series in the making?

Click above to watch video, grateful if you can stop by youtube too and leave feedback there so more people find the channel :) Hope you like it, it's a raw, almost improvised version, recorded A Capella (voice and choir). We filmed a few weeks ago.
I want to say thank you to all my patrons at patreon.com/yidneth for making my music and art possible.

THE LORD OF THE RINGS

As I mentioned in previous posts as a child I was a huge fan of Tolkien works and I still love the books. Did you know Tolkien's daughter is called Priscilla which happens to be my name too?. I grew up with Rankin Bass The Hobbit and Bakshi's The Lord of the Rings (both animated and somehow lacking though charrming) and of course loved the trilogy that came in the early 00s, especially the amazing score (one of the tracks featured Liz Fraser one of my all time favourite vocalists) but I was a purist and struggled with some changes. Yet again the movies ignored totally two of my favourite characters Tom Bombadil and Goldberry but overall I found them enjoyable and a way to reintroduce the Tolkien lore into the new generations.

As teenager I even went to visit Tolkien's grave dressed in white... and even stirred some rumours about a ghost LOL (not the story for this post, one day) 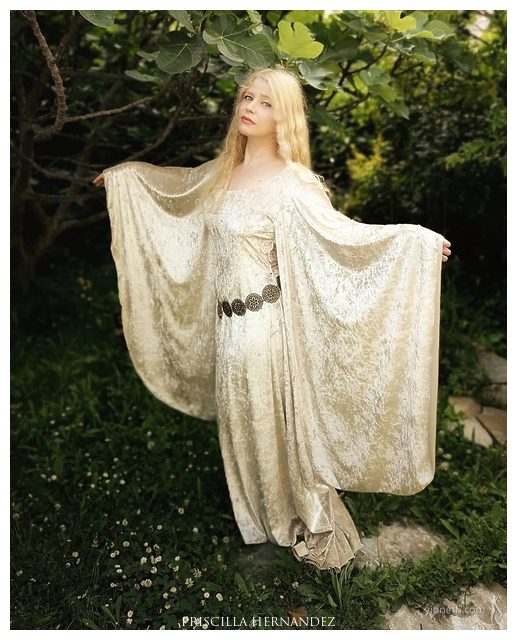 The elven song May It Be was originally performed by Enya for The Lord of the Rings: The Fellowship of the Ring movie soundtrack (2001) composed by Howard Shore. The song was produced and written by Nicky and Roman Ryan and includes two lines in the Elven Language Quenya translated down below. I have only made a small tribute version of the first verse and chorus. As a child I was a big fan of Tolkien, though I grew up with Bakshi version I enjoyed the trilogy of movies by Peter Jackson, though at the beginning I was way too much of a purist and was upset they missed Tom Bombadil and Goldberry once more . 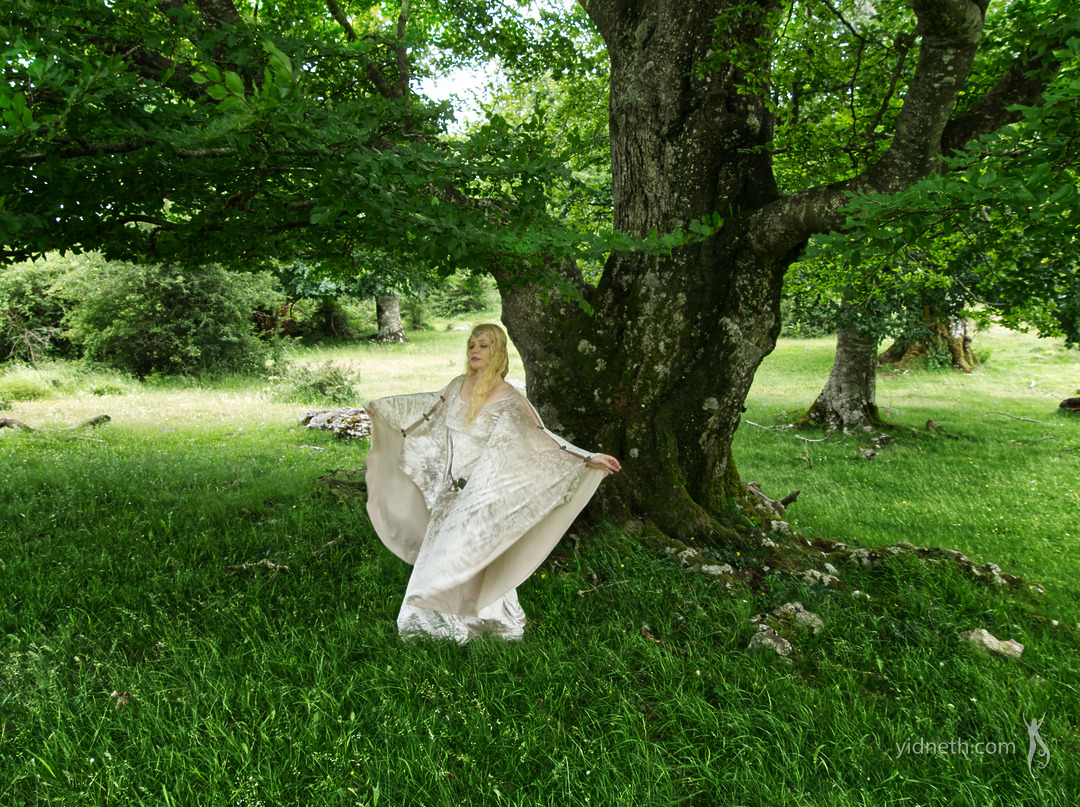 I have always loved Galadriel as one of my favourite characters, so I tried to channel Lothlorien Ambience and Galadriel (The Lady of Light) vibes in this video. May you find it peaceful and relaxing

MAY IT BE LYRICS (from The Fellow of the Ring Soundtrack) 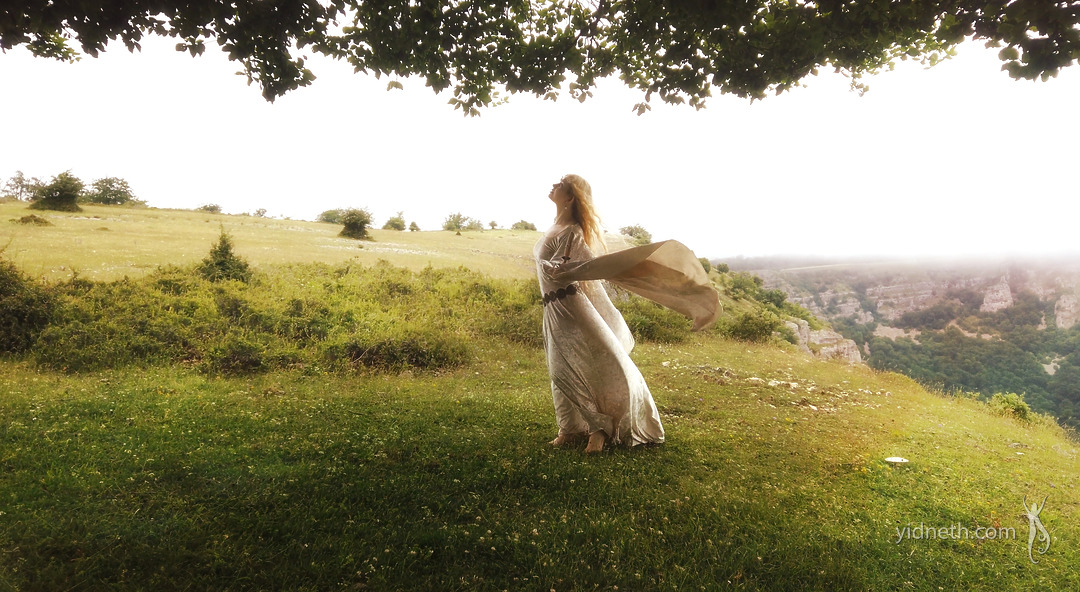 There are two lines written en elven Quenya (they're translated)

May it be an evening star
Shines down upon you
May it be when darkness
falls Your heart will be true
You walk a lonely road
Oh, how far you are from home
Mornië utúlië (Darkness has come)
Believe and you will find your way
Mornië alantië (Darkness has fallen)
A promise lives within you now

I have made this song because it's been a long time request from my friends. Also I want to say thanks to my friends. Though I'm usually compared to Enya, I grew up with film music and electropop, but despite we all wanting to sound unique, I admire her for having made New Age and quiet music to be mainstream. And she does have a lovely voice. I tried to be myself, so it's A Capella version, only my lead voice, myself doing the backing vocals choir and a pad, with free tempo and mostly improvised.

FIND THE 3 RATS 🐀🐀🐀 As always there are some hidden “Fufunchis” in the video. In this one you can find Tuula, Ritva and Taika. Let me know in comments if you spot any (don't spoil the game for others with the time marks).

In the gif above you can spot one of them... two to go! 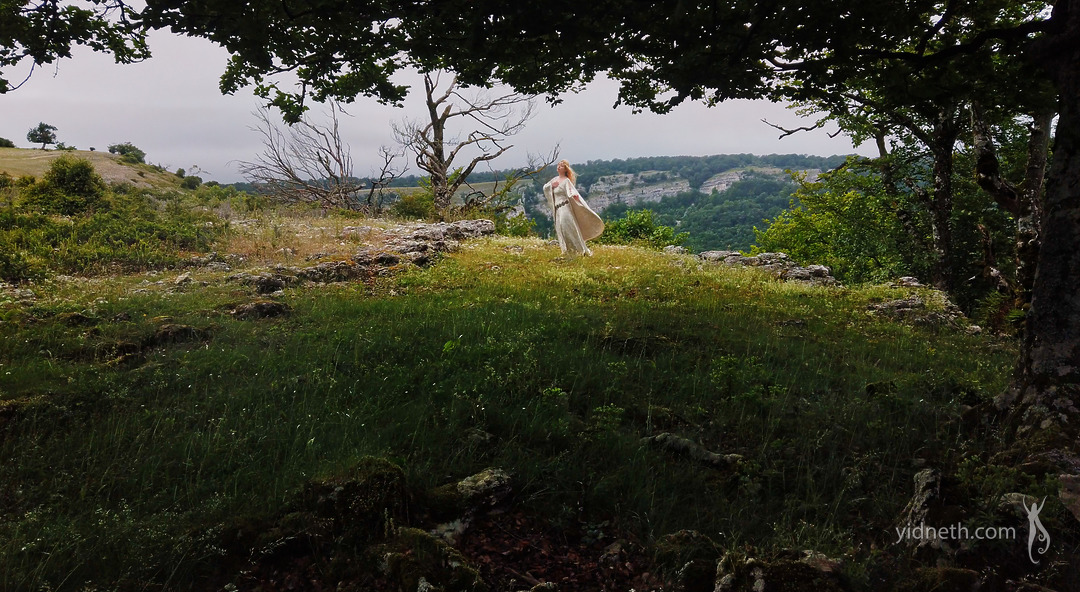 Support me following on my network.

Are you a Tolkien fan?

I just realized I finally I'm over 70 in reputation ...! weee!! I know it may not mean for many but makes me happy somehow :)

Gandalf the Grey.... hmmm I think I would have never ever ever guessed
I have never made my mind if I'm Eowyn, Galadriel (I'm petite) or the forever ignored in all movies Goldberry cos I'm always splashing in the ponds hahah :) Thanks for stopping by to listen :)

I love ENYA and this is really wonderful !!

Enya made New Age with soft vocals to mainstream to kudos to that. I'm always very cautious and I kind of have avoided to cover this for a while because I always get compared to her, and let's face, each singer prefers to be told we are unique, cos each artist is. So covers are only reintrerpretations and tributes, I also make my own original music and the covers are mere geek candid fun

THAT GOOD, keep going. I also do a bit of music, although it does not compare to what you do. I wish you the best, greetings!

Your voice is so angelic and I love your dress!

The dress was a gift from my friends at El Costurero Real. And Imay be petite but I tried it on and I was like "elves elves" hahaha :) thanks for the compliment!

TLOTR is the book that influenced me the most in my life!! Well done girl, you carried it perfectly, It's already blowing up on Youtube, all well deserved Priscila!
Much love to @hedac for the work ^^ it looks amazing!

It has not have that many views on youtube :) but I don't care, one video at a time, my channel has not been yet graced with their algorithm yet I keep moving forward. Héctor is helping me with the camera but It's been a while I've been editing and doing colour, edit and post-production myself, he has taught me.

Congrats on doing the editing yourself! I think that's a lot of views for me :) but I understand, for you with 14k subs it must be very little!

oh no, I'm grateful for every play but my channel underperforms according to its number of subscribers because it had a loooooooooong hiatus where I didn't upload, sometimes they get like out of the "algorithm" to pick up, that's why it's so important people interact on the channel again to see if wakes.

oh no, I'm grateful for every play but my channel underperforms according to its number of subscribers because it had a loooooooooong hiatus where I didn't upload, sometimes they get like out of the "algorithm" to pick up, that's why it's so important people interact on the channel again to see if wakes.

So far I've only found two of the ratties. I'll have to take a second look when I have a little more time. I remember when The Fellowship of the Ring came out there were a lot of people disappointed that Tom Bombadil and Goldberry were left out of the movie. What a wonderful video you created, your singing is just how I would envision an elf maiden would sound. I hope someday you will have a chance to record the entire song and share it with us.

Yay you're the best fufunchis finder out here hahahah :) one is missing... make sure it is not the one in the gif ;-) but yes, as usual, even in Middle Earth there are hobbit-ratties :)
And yes, I'm very much Goldberry sometimes, in river and ponds and I feel sad she's so ignored in the movies, but I guess for this one I went for "petite-sized" Galadriel :) And thanks for the compliment too.

Oh, @yidneth, this is absolutely angelic. I love everything about this: the video, your costumes, your voice, everything. Thank you so much for sharing with us! :)

Thank you so much, besides my original music, I like to cover some vintage fantasy geek things, dark crystal, labyrinth, and of course as a Tolkien fan this was due to be done :) Thanks for listening and for the encouraging comment.

Do like your dress! Lovely song, I've always liked Enya.

Thanks for letting me know, I kinda wondered but I'm always cautious with links especially if I don't understand

Thank you so much, the post is though about the video on top, the photos are just behind the scenes.