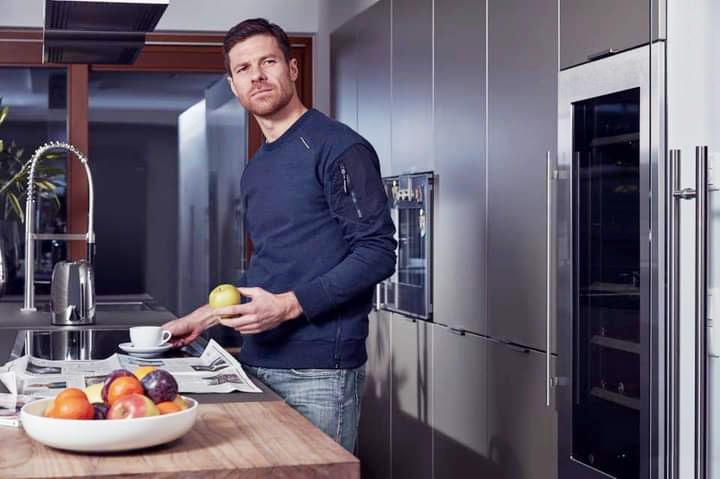 In Italy we know the figure of Andrea Pirlo, as an elegant, unpretentious player, his movements in the middle of the field will make us always imagine a genius who plays with the ball at his feet. Pirlo doesn't need a lot of style, Pirlo with all his grace will always manage to send the ball in the direction it should.

It's different in the land of pizza when we talk about football, Spain, we will find many charming midfielders with rows of trophies lined up, behind one name that should be remembered is Xabi Alonso.

Everyone knows who Xabi Alonso is, the handsome man who managed to lift the World Cup trophy is one of the famous buckets or La Liga competitions. Starting a professional career with Real Sociedad Alonso is so authoritative when carrying the ball, if he is likened to a celebrity figure whose name is Bro Tom Cruise.

In line with what Alonso showed on the field, this New York-born actor was successful through the role he played in the film Mission Impossible. He won many major achievements as the most handsome and sexy actor in history.

Apart from that, Forb magazine was named the one hundred most powerful celebrity by the magazine, further increasing his popularity as such a charismatic figure. Asking about Xabi Alonso's style no less charming than Tom Cruise, he is a figure who is so calm on the field.

Elegant appearance with his neat hair, he is included in the category of the most stylish footballer, suit and sunglasses. The appearance of the fussy beautiful game that he utters when he closes his career is also not an exaggeration, because indeed what he has played on the field is very beautiful. When he first appeared with Real Sociedad Alonso immediately ordered fans, his movements on the pitch successfully made everyone amazed.

His calm and meaningful way of playing seemed to make the lost ball flow back again, his movements were too precise to meet the target, from a total of 154 matches played by Alonso managed to set 10 goals, one of which will always be remembered by that audience in 2004, Alonso entered in the Sociedad squad that visited Valencia's headquarters.

The greatness and extraordinary talent of the Maestro smelled to the land of England, Liverpool, which in 2004 was the opinion of his services. he Alonso left Sociedad and accepted the offer made to compete in the toughest competition in the world.

While at Anfield Alonso became a big star, he created so many beautiful moments while defending Liverpool. Alonso is one of the best midfielders Liverpool have ever had, his contributions to Liverpool are truly limitless. One beautiful goal he ever created for Liverpool was a shot from the middle of the field against Newcastle United, the goal was created when Liverpool hosted Newcastle United in the postponed match of the second week of the 2016 Premier League.

Xabi Alonso really contributed greatly to Liverpool's rise to defeat, he was able to bring the Reds to win the Champions League with Steven Gerrard. So it is not surprising that Real Madrid wanted his services so badly, in 2009 Alonso was officially introduced as a Los Galacticos player. With Madrid he again achieved success, various trophies he won, starting from the La Liga title, the Spanish Cup, the Spanish Super, the Champions League to the European Super and the World.

The player who was born on 25 Nov 1980 continued his career journey to Germany, he joined the strongest team there, namely Bayern Munich. It is clear that the Bundesliga title is at hand, because in addition to its pure prowess, FC Bayern Munich is also known as a German giant who is difficult to overthrow.

Again, the goals he has created are also very classy, ​​in matches against SV Darmstadt in 2015 and Werder Bremen the following year, it is proof that Alonso's feet deserve the highest honor. Alonso's good looks and play on the field are undeniable, besides being popular with the club he is defending, Alonso also looks strong when defending the Spanish national team.

Two successive European Cup titles in 2008 and 2012 made his name even more known to the world, not only that one World Cup trophy in 2010 proves that he is very qualified in midfield. Xabi Alonso ended his adventure as a soccer player last year, he ended his career with Bayern Munich.