alexa.art (71)in #hive-156509 • 14 days ago
The forest was as dark as the night itself, as calm and cold as death, so strangely terrifying that just looking at it made you look away, but I have to clarify that the people of the town never reported seeing ghosts or anything supernatural. Even so, I remember seeing a woman in a very long dress and bare breasts that encouraged me to go on an adventure in the woods.

In my childhood I knew the story of a young maiden who got lost in the forest, got so deeply into it that she ended up becoming part of it. The young woman reached the depths of the forest, only to find that great tree, sooner rather than later it got dark and the young woman realized her mortal mistake, because the tree abruptly opened, revealing a reddish light that came from within, giving step to an unnatural access, with the smell of sulfur and mocking faces that seduced her to enter. The young maiden lost her sanity, stripped of her blouse the demons took it as an offering, and now she travels through the forests to lead the lost travelers to a terrifying, cold and regrettable death.

The maiden who, through a little adventure lost her sanity and even her own soul when she saw the disfigured faces of a cursed tree that is right in the heart of the black forest, with empty sockets and exposed breasts, leaves the tree itself looking for souls unfortunate to take them to the heart of hell itself. 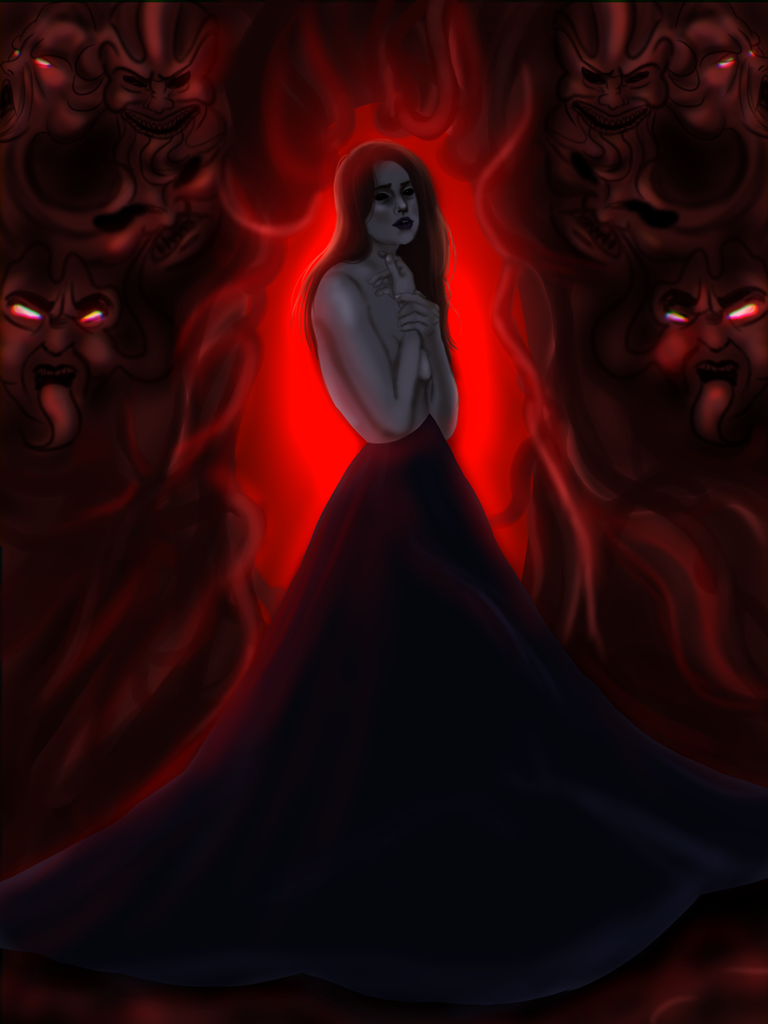 Hello friends this is my new job just out of the oven available now in @Nftshowroom I wanted to explore something more theoretical than what I usually do so I included some demons and a wider landscape than I usually do, nothing easy but not impossible.
This work contains a single edition and also an unlockable file with the original drawing. 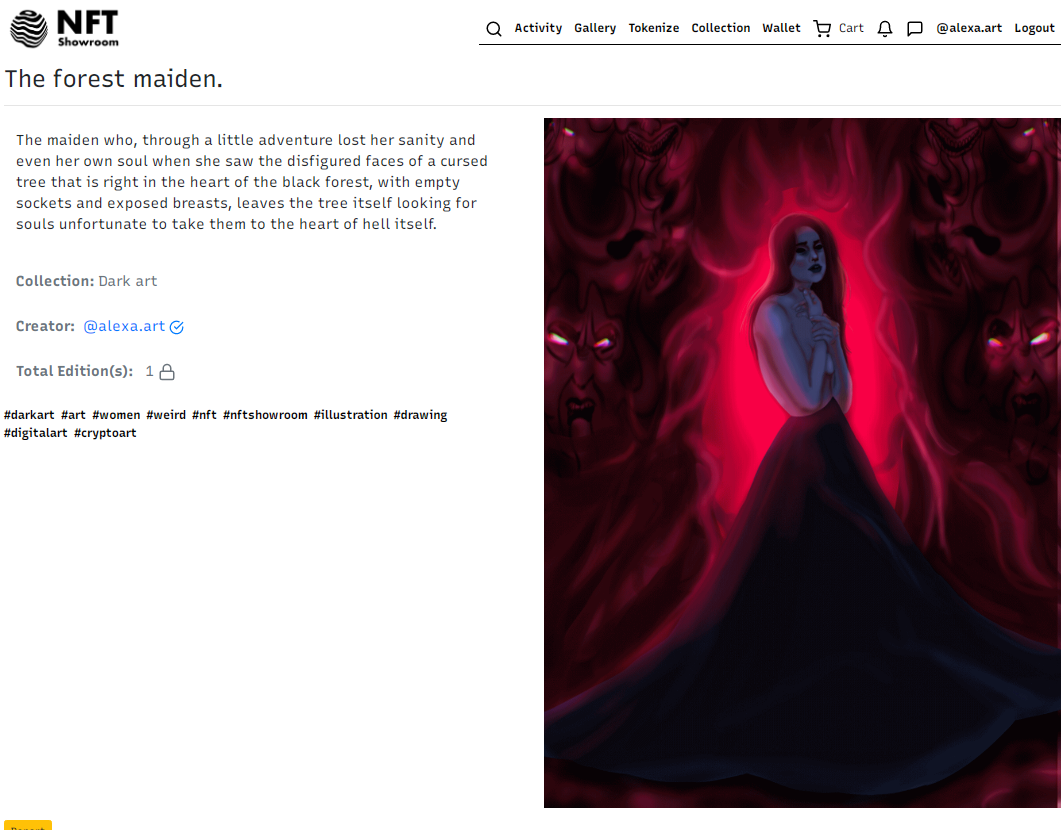 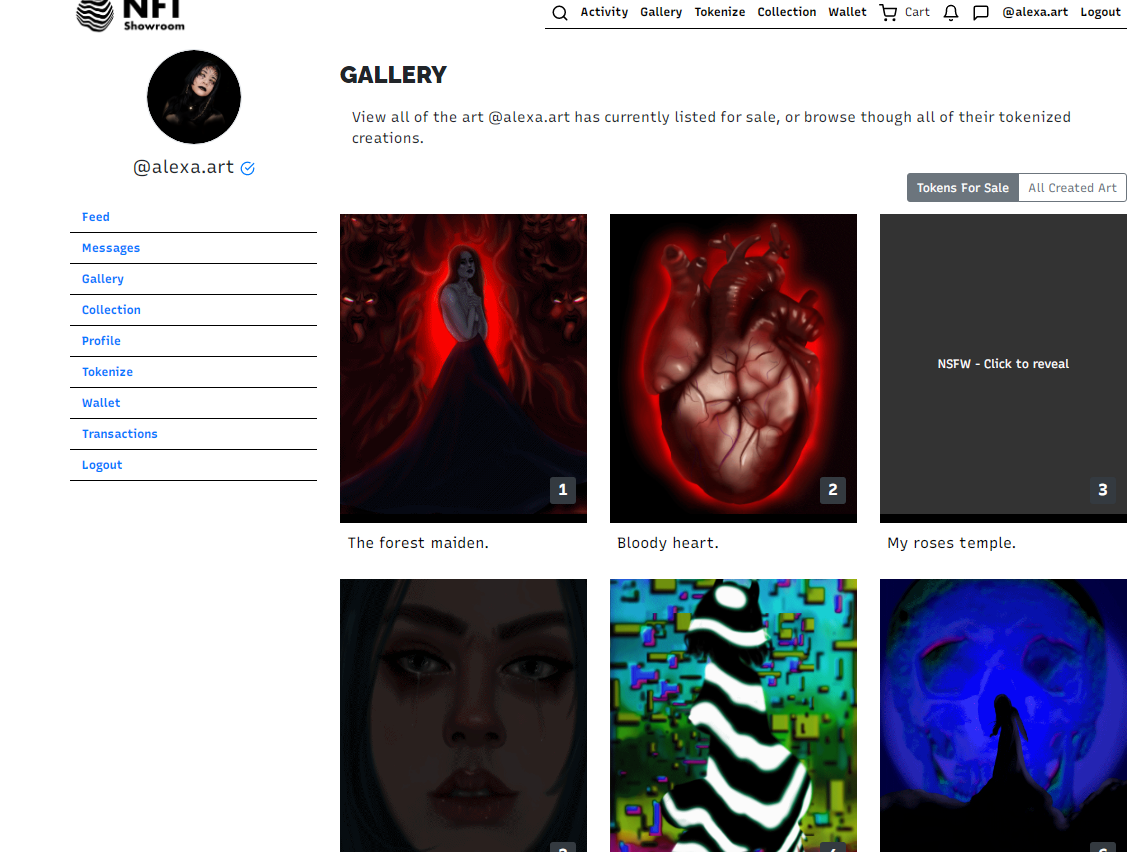 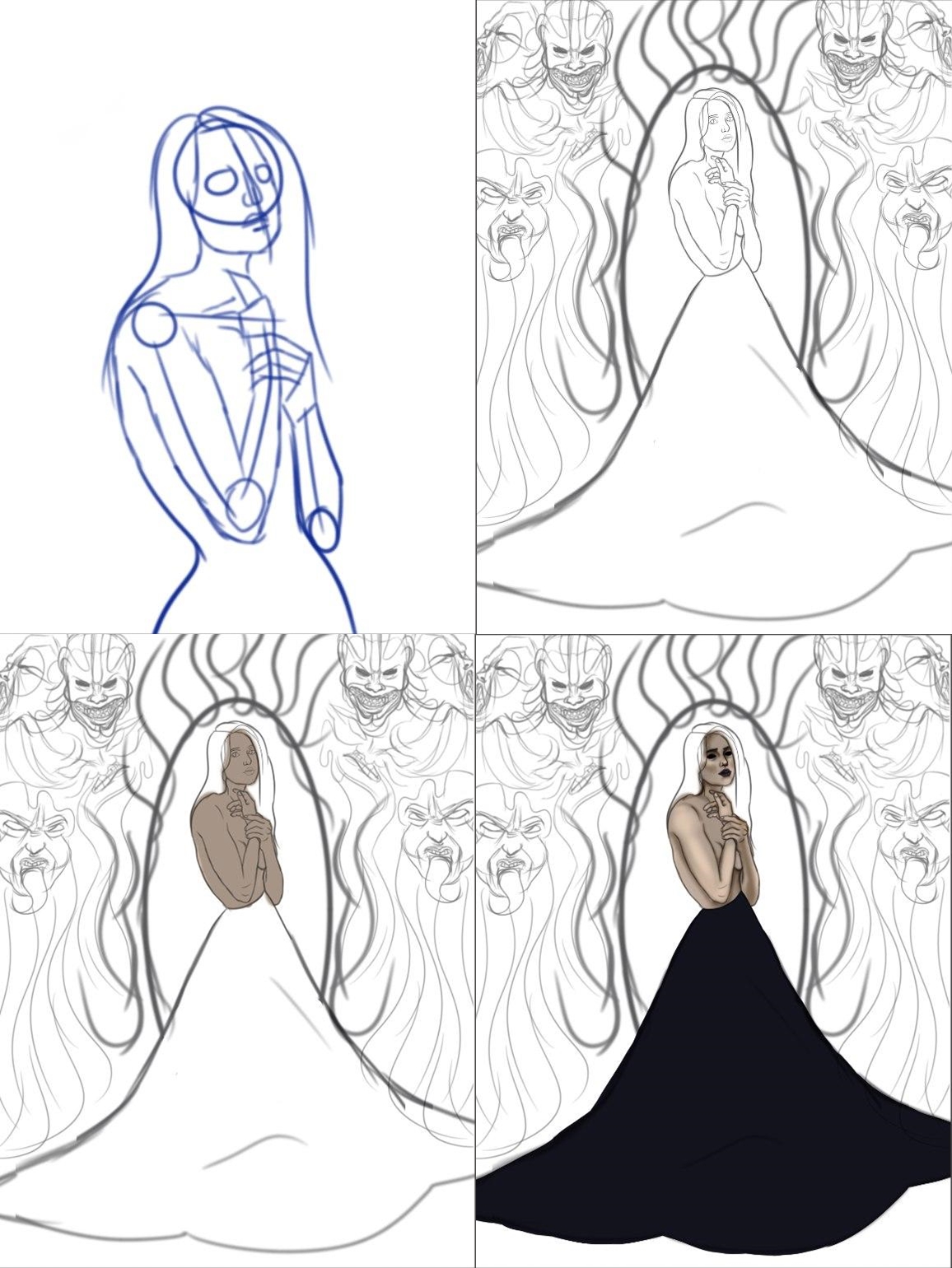 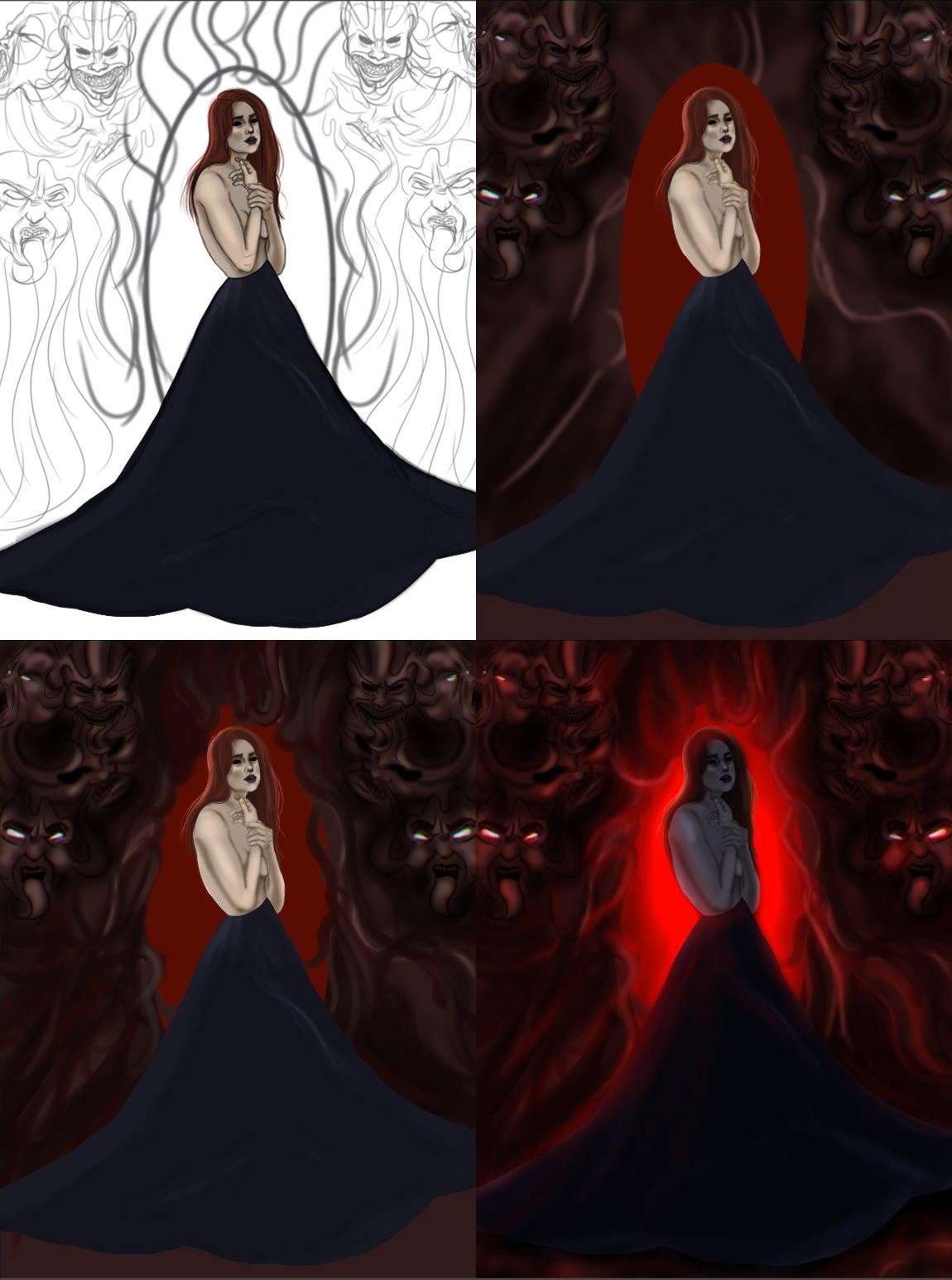 This is how it looks in NFT

Beautiful work ! i see it the first idea comes to my head ( Fighting my demons ) !