First Comic-Con International NFT! A tale of heartbreak and triumph

The NFT I am ( or have, depending on when you read this) minting on Makersplace exclusively for Comic-Con International has a bit of history behind it that shows the advantages and possibilities of this new medium.

One of the more iconic covers of the Arsenic Lullaby comic book series is no.2 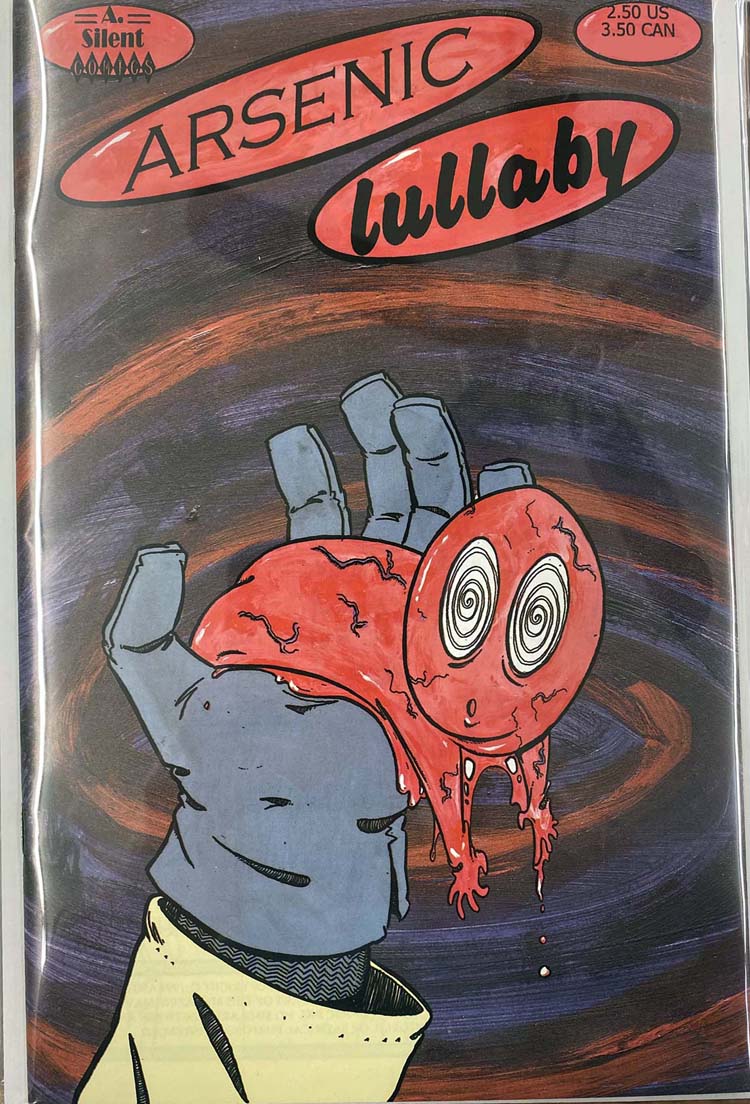 A cover, while formidable and loved by fans, breaks my heart a little when I see it. I made it very old school in hopes of a specif visual effect. The hand and zombie were made like an old animation cell...the inking and coloring on a transparent sheet, while the background was painted on a separate layer. The top was then tacked onto the painted swirl , the goal being that the dark think paint swill would contrast starkly with the layer the character was on. and it looked pretty damn cool.

HOWEVER...the numbskulls at the printer decided to physically take the two layers apart and shoot them individually so they could ( for reasons they had to good answer to) "color correct" the painted swirl...lightening it up, ruining the whole point of me doing it that way in the first place.

aside from that...there's only so much movement and whimsy you can convey with a static image. The viewer would understand that they eyes are swirling, blood is dripping, and possibly that the swirl in the background is also...swirling. But understanding it and seeing it actually happen are two different things.

So...with this new medium at my disposal, I decided to recreate the bugger.

Drawing and inking the cells was straight forward enough, although they eyes took a couple of tries to get right. 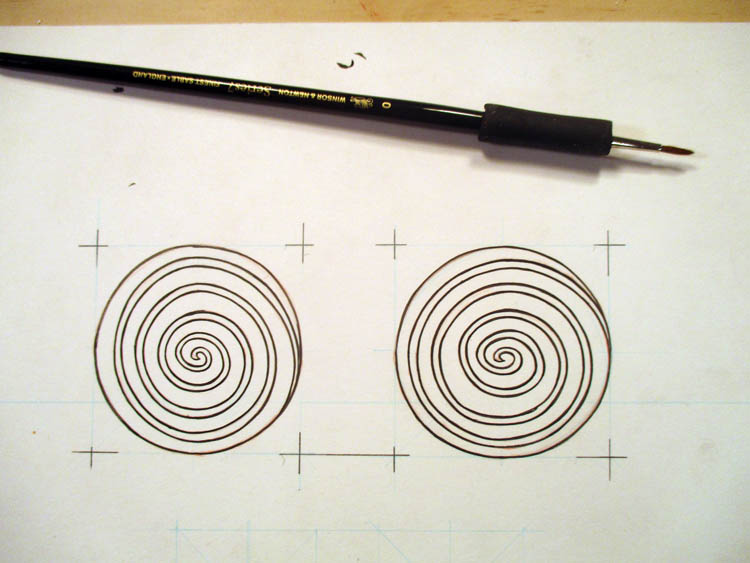 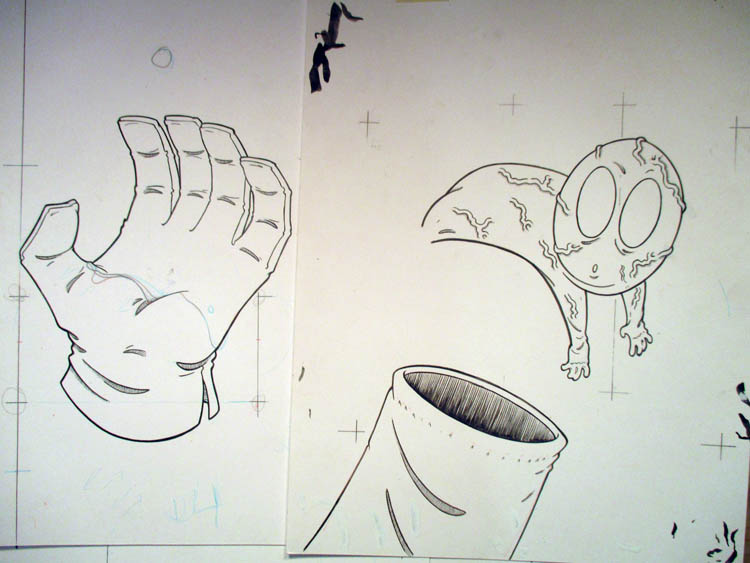 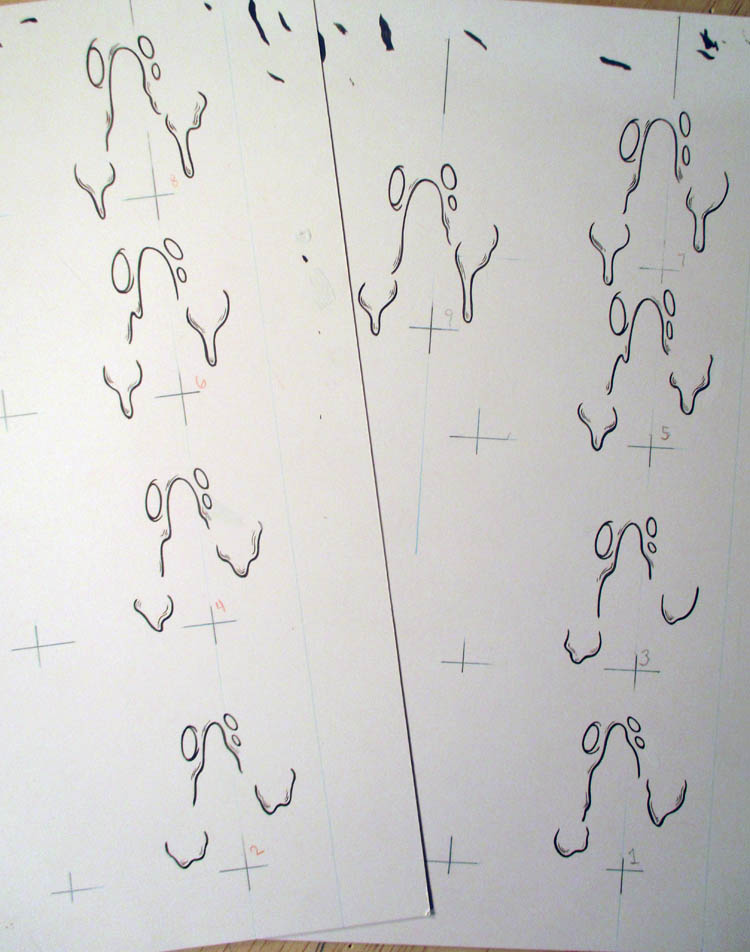 after that it was a lot of trial and error as far as the animation of the...uhm...let's call it "cartoon layer" 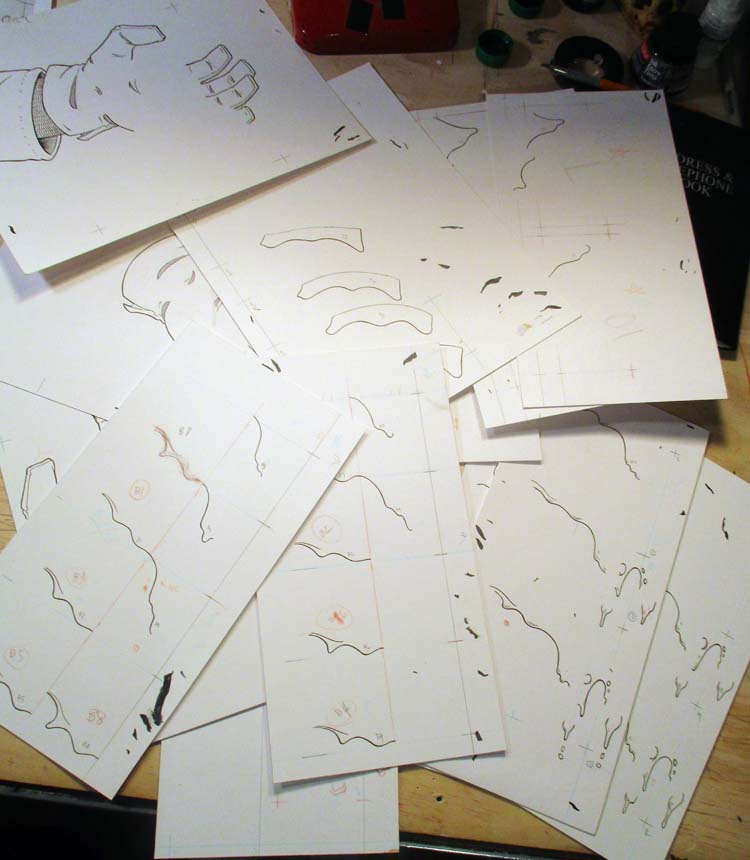 It's not madness that I'm being so particular, but there's a case to be made for it being madness to do it over and over again via traditional art tools. ah well...

The spiral background took a few tries...maybe. Probably any of the attempts would have been fine since it's a "shut off your brain and go on instinct" type thing. 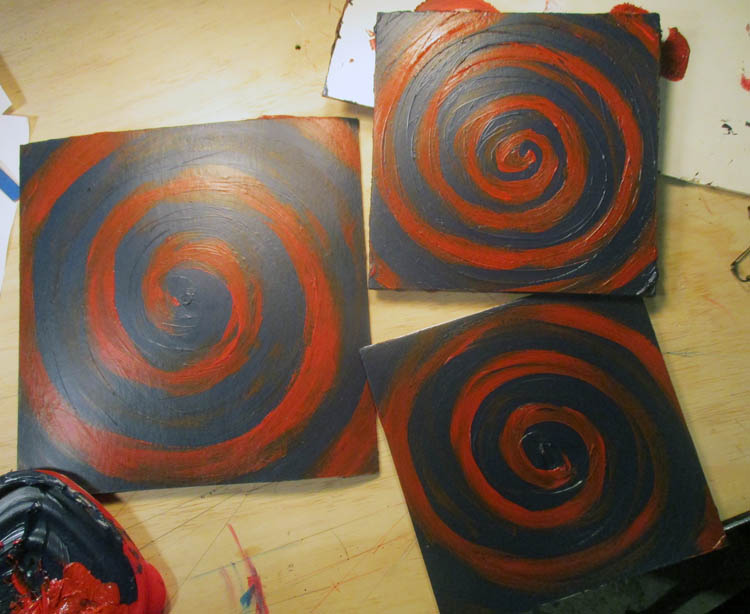 well...any of THOSE would have been fine, but this attempt definitely was not usable because I dropped it and i hit the floor face down and collected a bunch of debris... 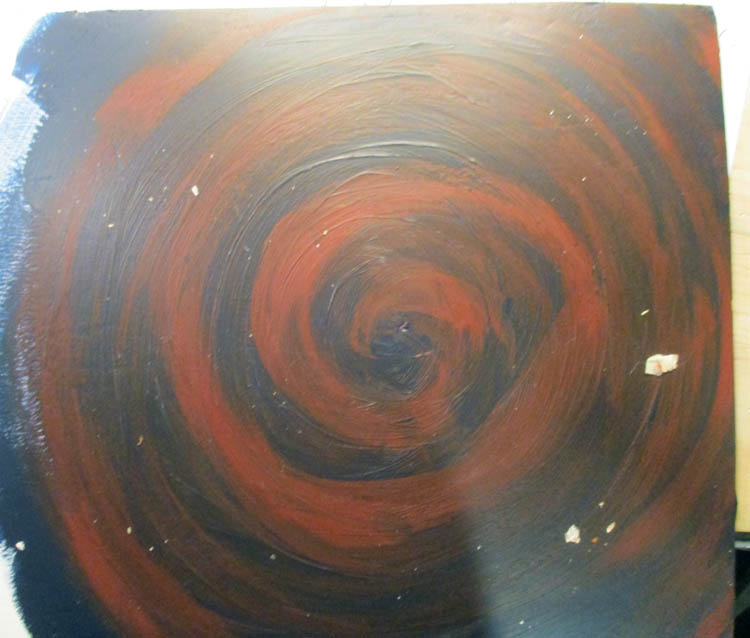 anyways...then I try to give the whole thing some harmony, and that is that...

Much closer to what I had in my head than the original cover, even if the printer hadn't botched it.

This is a one of one, and can be found at

I think that's really cool. Comes to 'life' as an animation (considering it's a zombie). Took a moment to realise there's no arm to the glove.

it took a lot of readers years to realize Joe had no visible body ;)