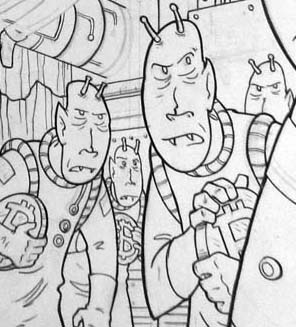 A friend of mine from the comic book industry, Josh Blaylock, writer and illustrator and publisher of Devil's Due Publishing has begun making his way in the NFT world and asked me to get on board with a big combined NFT launch. To which I said "of course". Josh and I both begun independent comic publishing about the same time, and have recently talked at length about how much fun the crypto community is as a whole and specifically the NFT community. I won't speak for him, but my observation has been that the comic book industry is 75% a-holes, which makes this brave new medium that much more fun. (Finally, a place where I'm the only a-hole...hahahaha)

...The point being, I've known him a while. He's talented, very much gives a damn about putting out good work and...much like myself, he's a very cunning "keep an eye on the future" forward thinking person...so aside from the comradery, it was a no brainier to get on board with his upcoming project

His parameters for the piece was "...just pretend someone came up to you for a commission and said I want something involving cryptocurrency and space".

You know what I like? Either no theme or something specific. This halfway stuff drives me nuts. I'm mostly alone in that regard. Do I think he, who has known me some time, gave me a half way subject just to torture me? No...but then again...he does know me well enough to know that when I'm vexed, I end up doing some of my best work. And he is cunning.

Anyways...I kicked around a few ideas...looked at what he did and had from people so far...mulled over some more ideas. Decided on this one (which at this stage is just a bunch of scribbles, symbolizing the picture in my head). 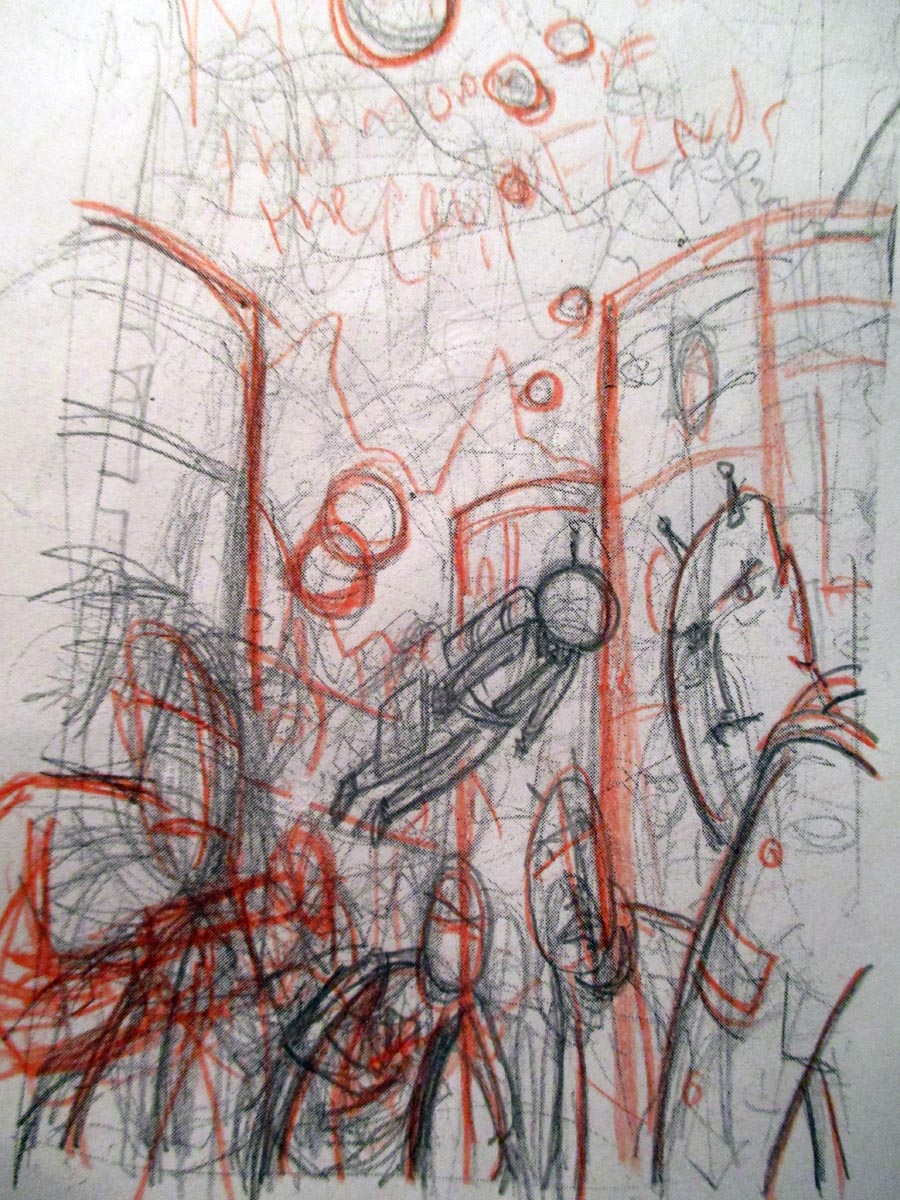 A little space accountant of sorts with a jet pack, skimming through a planet/moon of crypto hoarding aliens. I have some ideas on effects I've been wanting to try that I'll get into next time. For now though, that base image needs to be refined and drawn and inked. I envisioned the buildings being giant crypto mining units, with some others flying overhead in the distance. 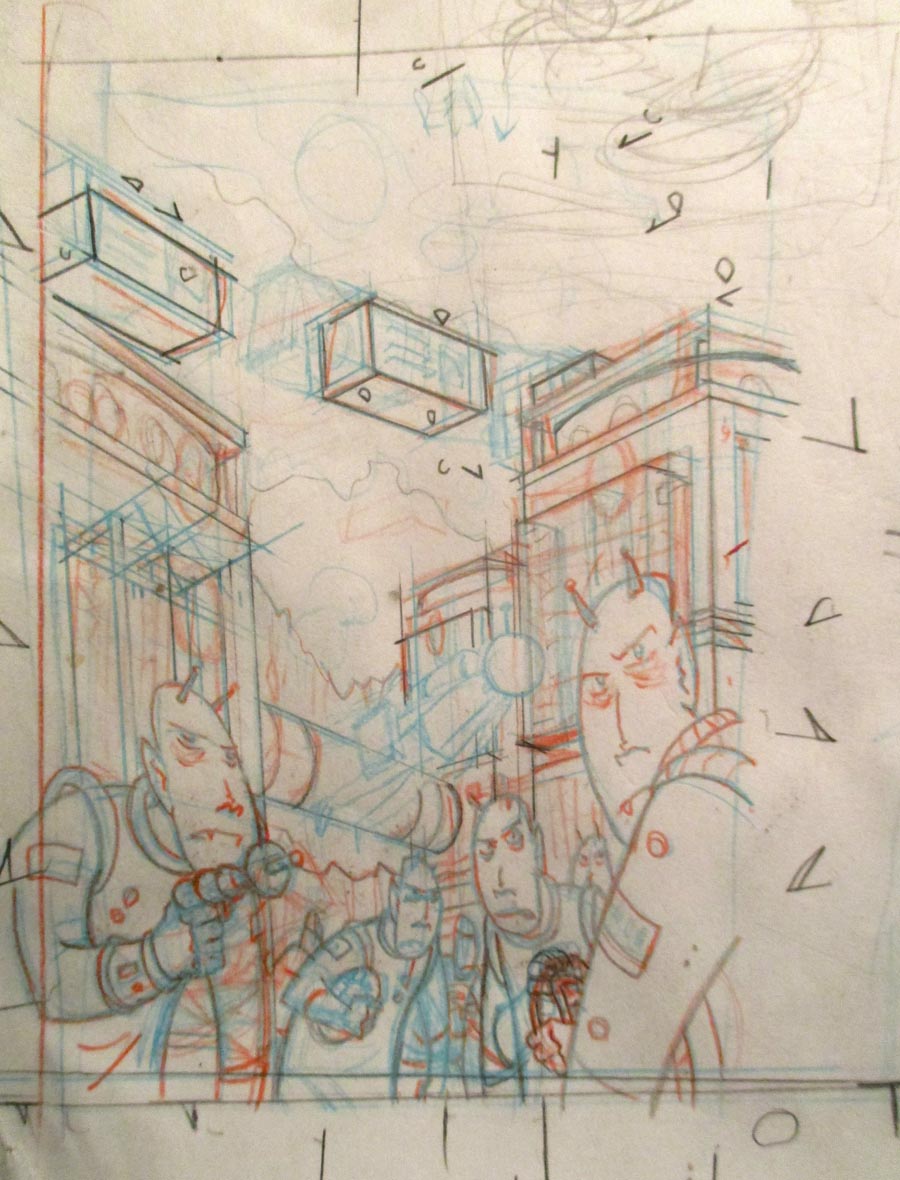 All those little arrows lead to the different vanishing points. Of which in this case there are many. Because while it is an open question as to whether or no Josh likes to torture me...I clearly like to torture myself.

That's confusing...lemme give you a closer look... 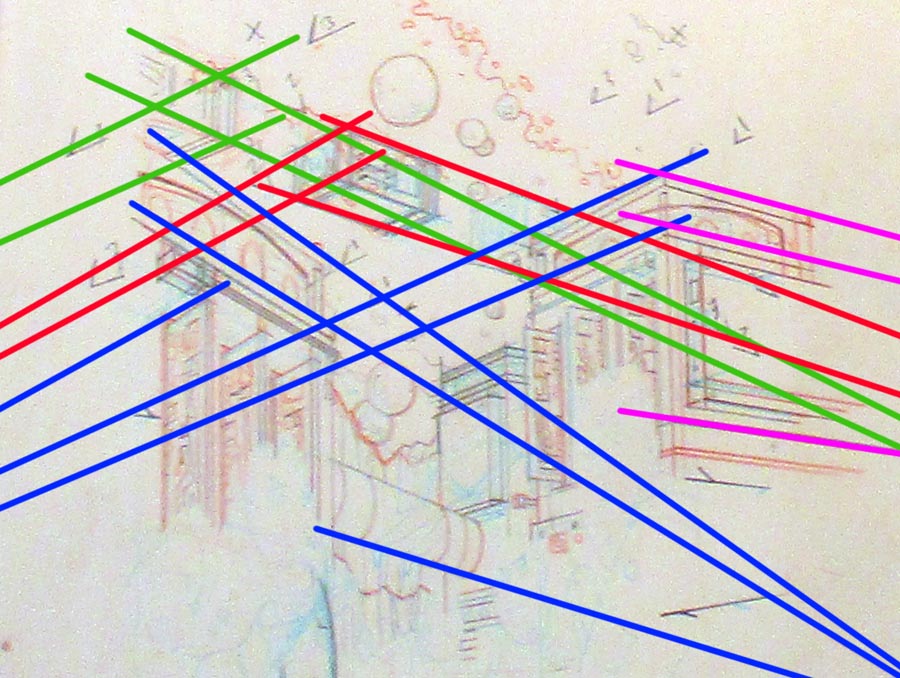 That's probably still confusing, I know I was confused for about half an hour. This may all seem unnecessary, but if they all had the same two vanishing points it would be a very boring composition, with no life to it.

Onto the final piece... 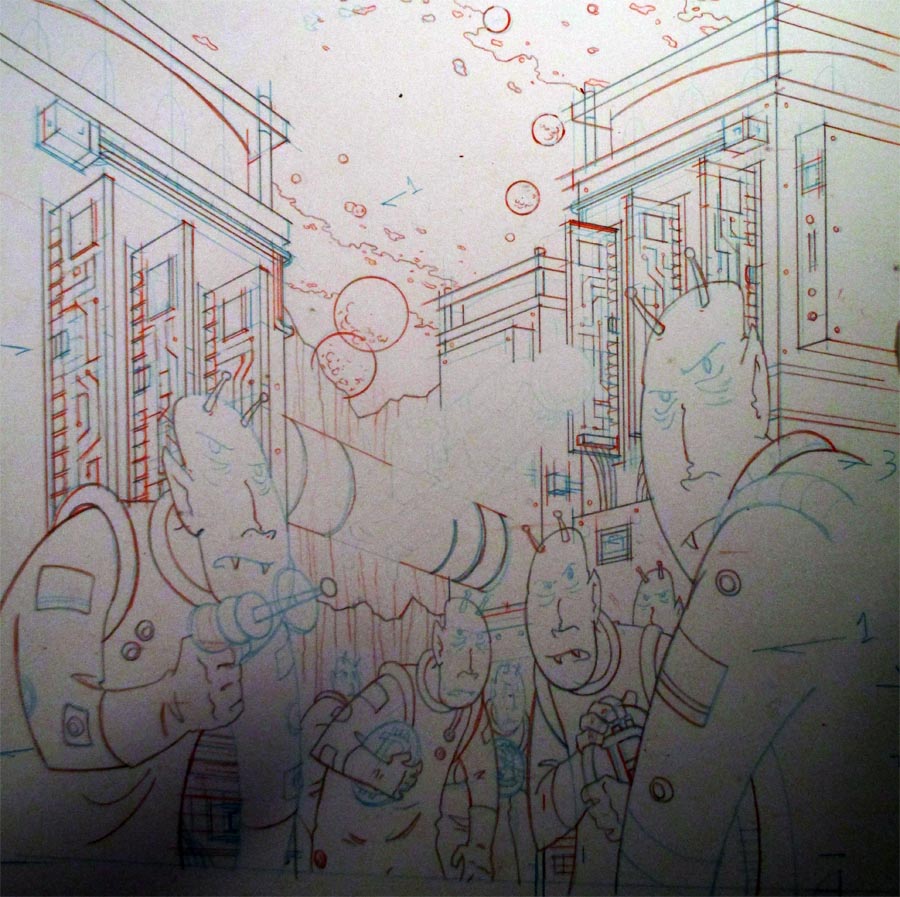 Those are some damn fine looking circuit boards on those crypto buildings...I'm gonna regret that when its time to ink. Those and the little spaceman ( which I haven't at this point even drawn in all they way) I'll probably tackle last, after I've built up some confidence. 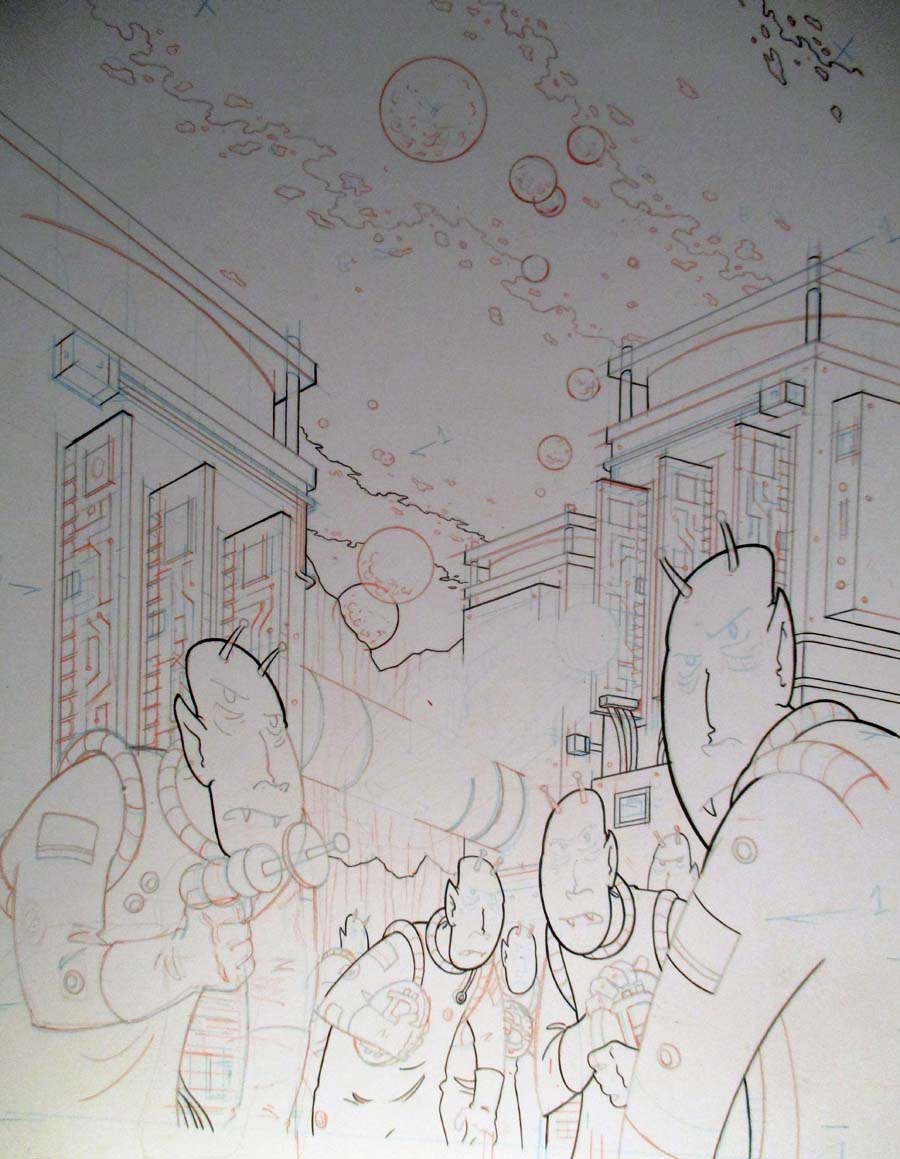 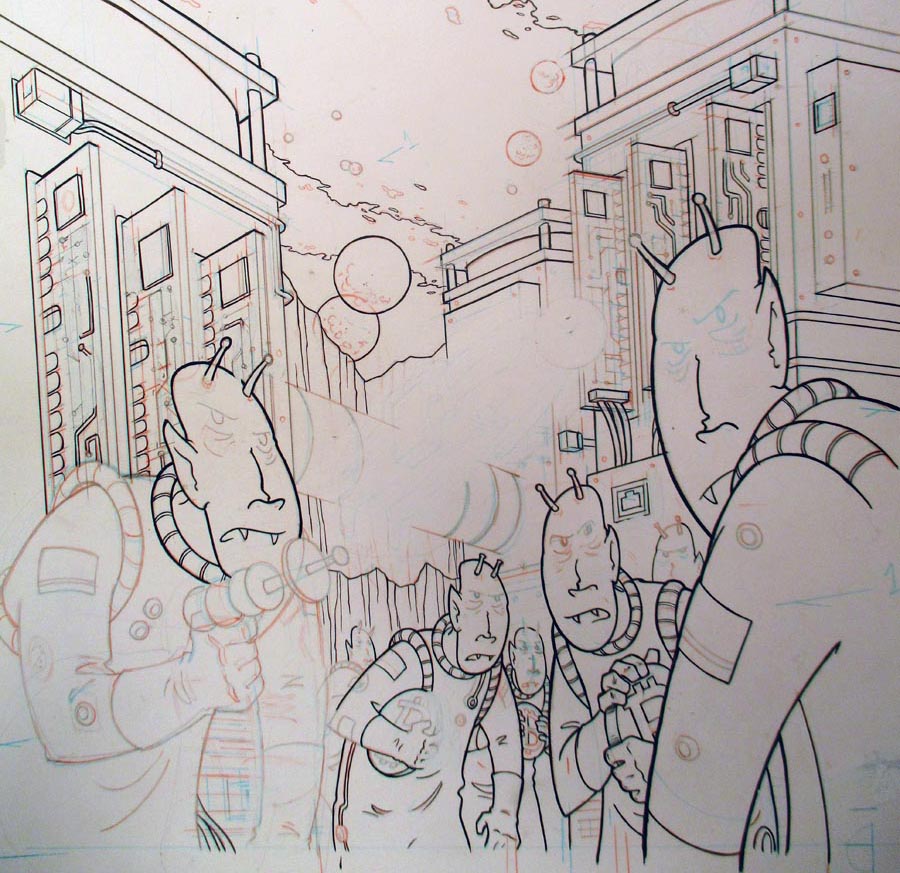 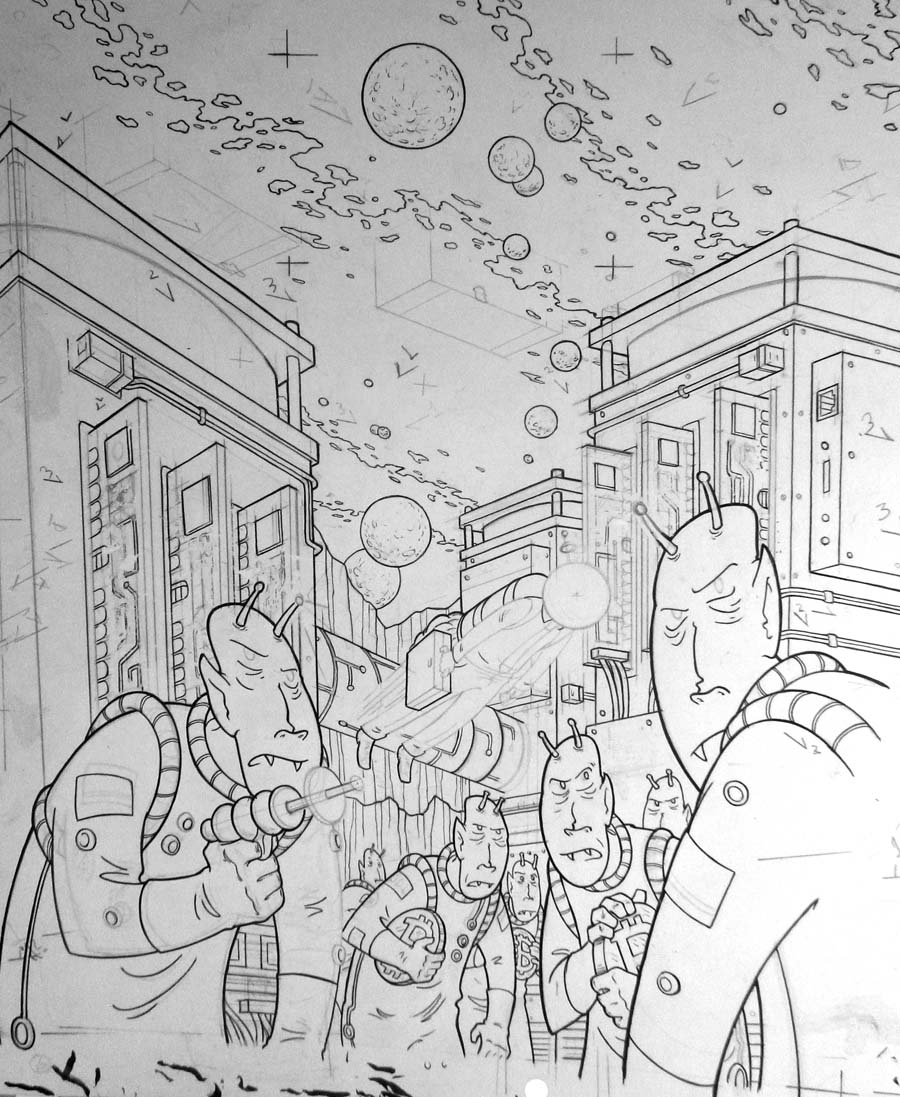 at this point here...I've inked as much as I'm comfortable taking on...and screwed up the circuit boards, and a few other things. That's what white out is for ( or...I guess the delete button if I was bright enough to just be doing this on a computer LOL). And as you can see below, a couple or mistakes got whited out and redone and whited out several times. That coin here had like a 3mm thick skin of white out from all the failed attempts. 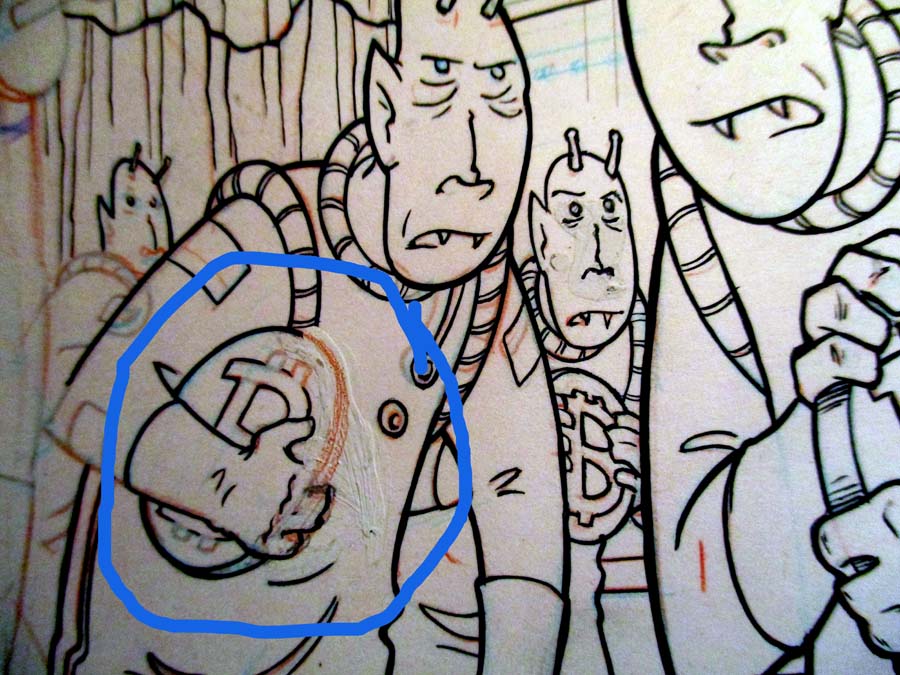 Eventually I got it though. 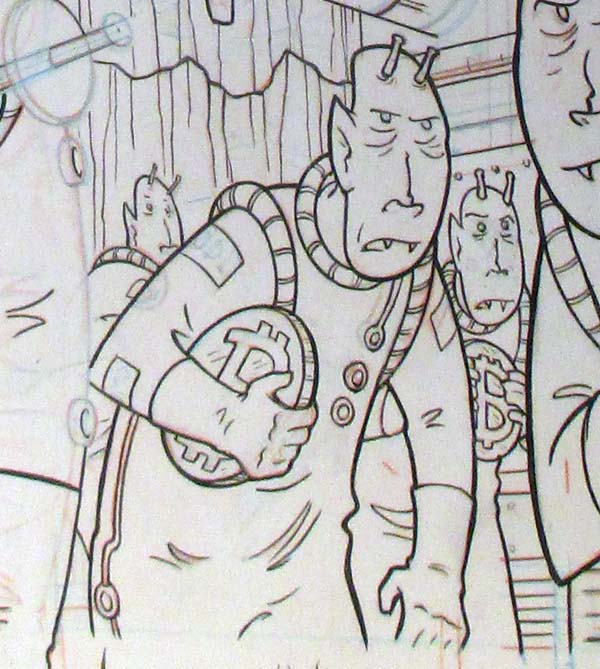 So...it's onto drawing some stuff on another piece of paper to be scanned in and added, either because that was the plan all along, or in the case of the circuit boards, I screwed them up and have to try again.

The flying crypto units, were always going to be on a different layer because I wasn't sure if I'd want to change their position in the sky once the words/title was added ( that lettering I'll explain/show you next time) 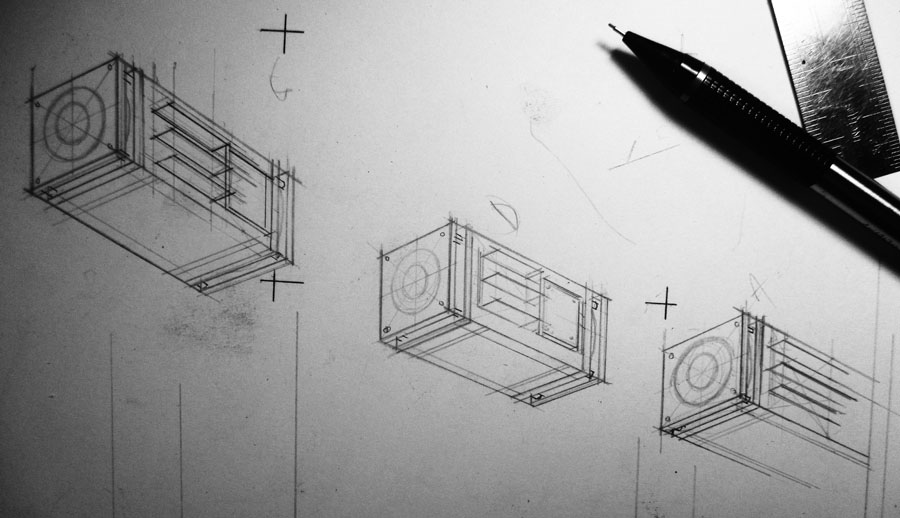 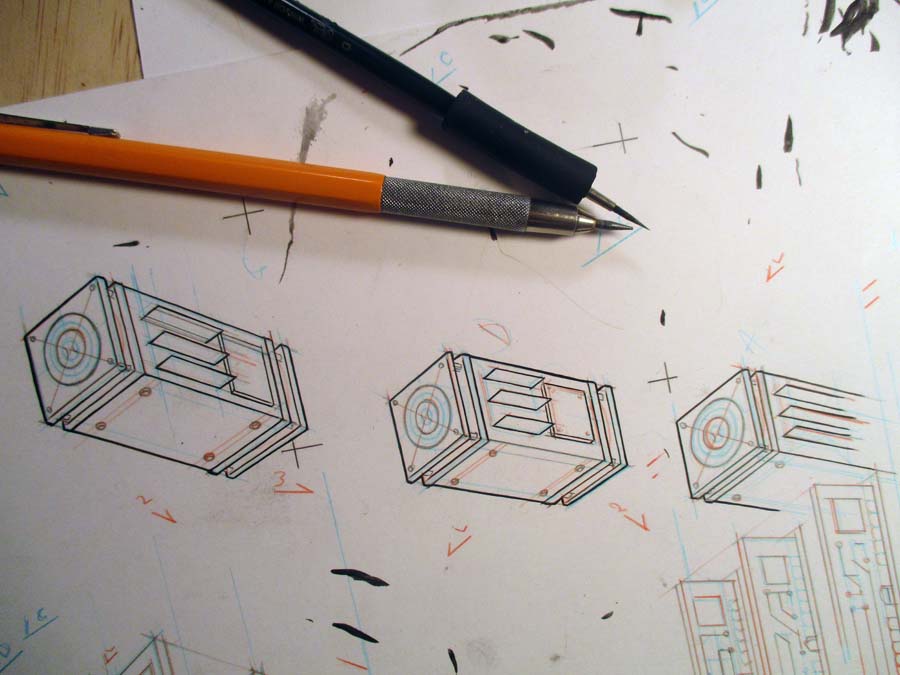 and THAT is all I'll show you for now. The rest of the inking is scaring the crap out of me, and the lettering will take up a whole other blog... it's a tragic story, really. It's a story of a man who, for once, actually used the computer to make his life easier and forgot to save the file and ended up having to do it the hard way after all.

Stay tuned for that...

Also, a litle reminder that my finished NFT works can be found here
https://nftshowroom.com/arseniclullaby/gallery

I'm liking the theme of this, but it does look complicated to actually draw. You have done a lot of fun stuff around crypto and I hope that community will appreciate it.