Been a little bit since I've had a moment to blog here, because a month or so ago I got an email letting me know I had been curated to bee a part of the dreamverse art gallery in NYC on nov.4 !!!!! https://www.dreamverse.life/

It is a large event with live music, a showcase of Beeple's nft art, nft art of 10 OG nft artists and artists that had been personally curated by those OG's. It is one of those, once in a lifetime...pioneering into the new...opportunities to do something that is groundbreaking.

It's being produced by metapurse https://twitter.com/Metapurse and TIME magazine had a hand in it as well...in ways I didn't figure out because once I read the email I realized I had to get my ass in gear in order to get something good done in time!

As shown to me via email. the live nft art gallery will have these big ass screens arranged for the attendees to see the works, big and beautiful! 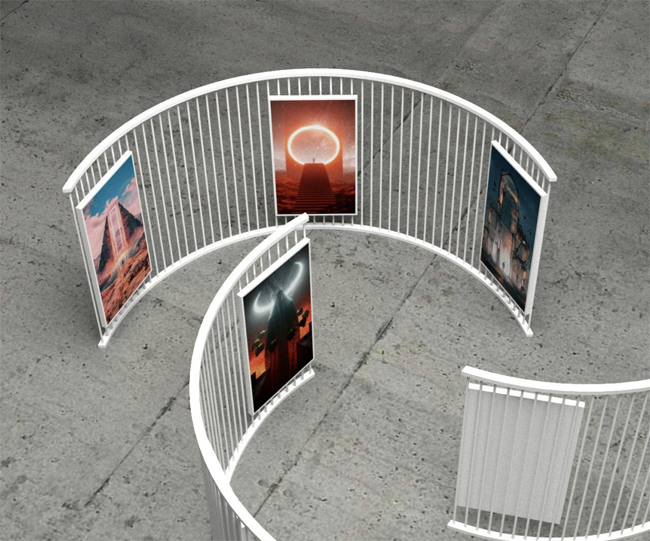 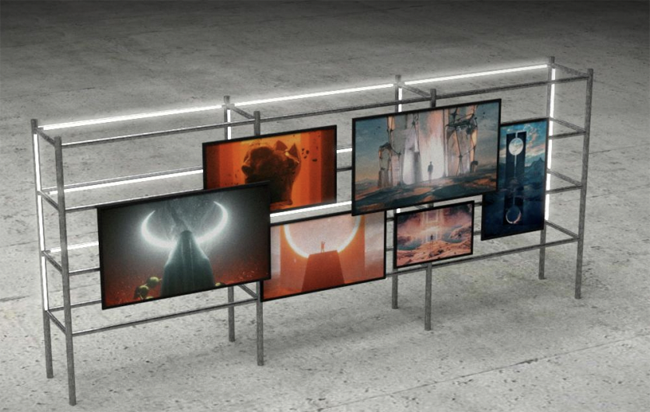 You regular readers may already know I am driven by competition, which fueled part of my ambitions in this instance but also...to be nominated by someone...someone who could have used that nomination for anyone they choose. well...that's an added spark, because I am NOT....absolutely NOT going to let that person down.

So...motivation is all well and good, but I still gotta come up with something. In an instance like this you kinda want to do something that sums up what your work as a whole is. IN the case of Arsenic lullaby that'd be- weird, dark, precise...existing in a world all of it's own. (feel free to ignore that if it's being self serving)

the rough sketch was this... 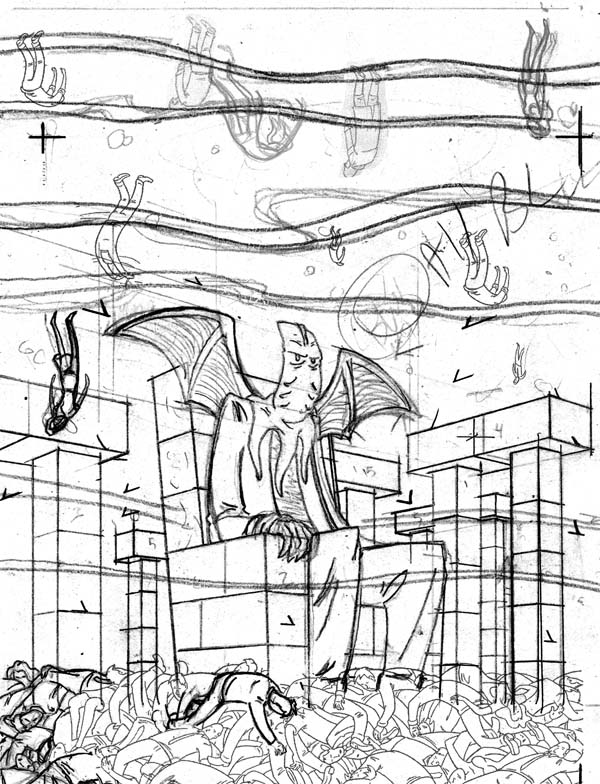 ...The A.L. version of Cthulhu on his throne in the murky depths as remnants of humanity fall around him.

In my head, the bodies are sinking, the undercurrents are drifting and he is only semi invested in any of it.

All of which sounds cool and looks good in my head, but would take a solid amount of work to get done

I work traditionally, each and every element drawn and inked by hand with pencil and brush on paper THEN scanned in to be added together digitally. So if a body is going to fall they have to be illustrated traditionally... 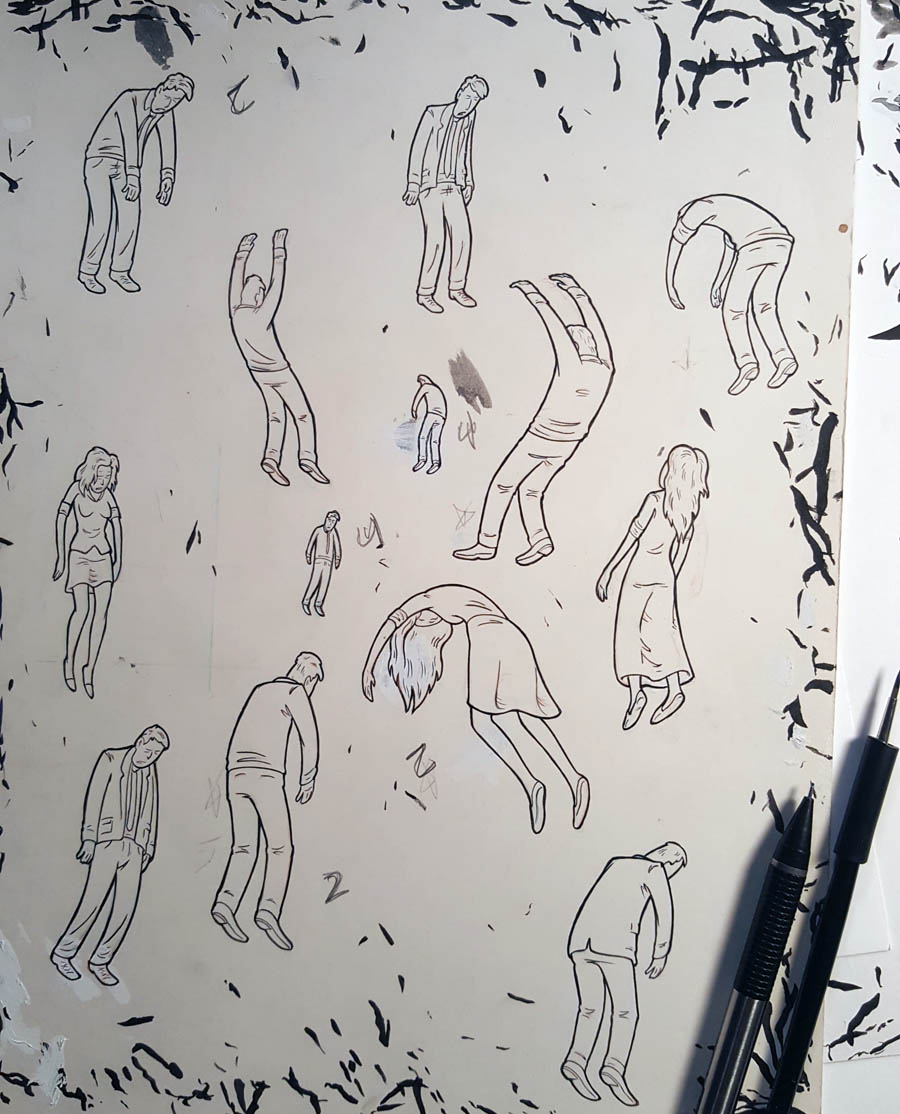 if a body falls onto him and is shrugged off, each movement is drawn traditionally... 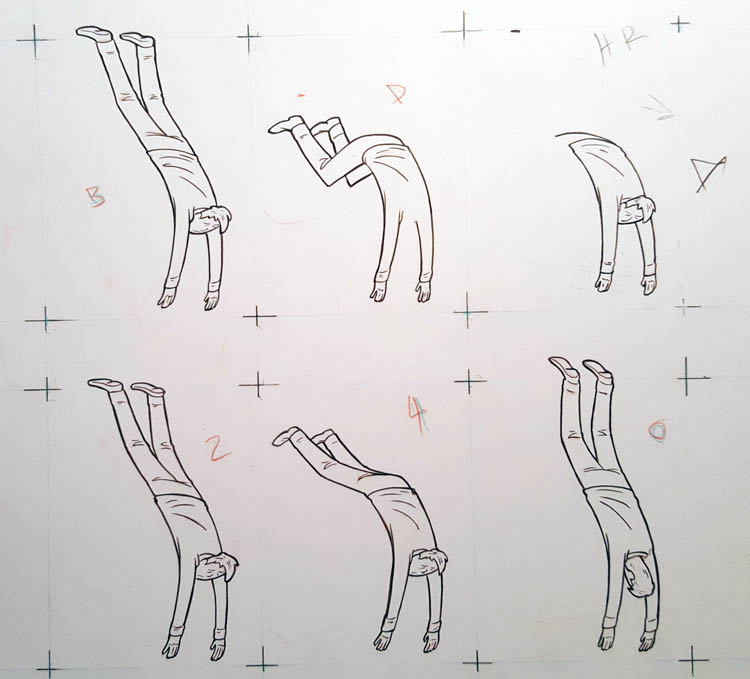 the background...lemme just show that off a little... 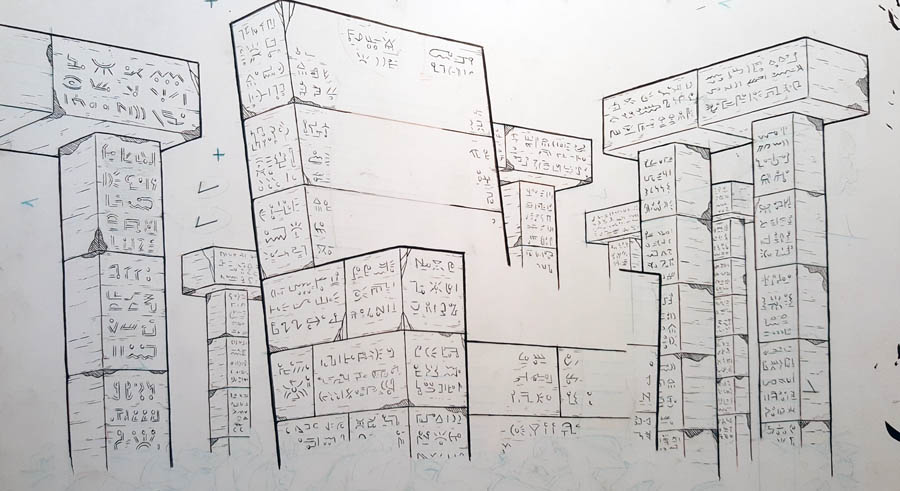 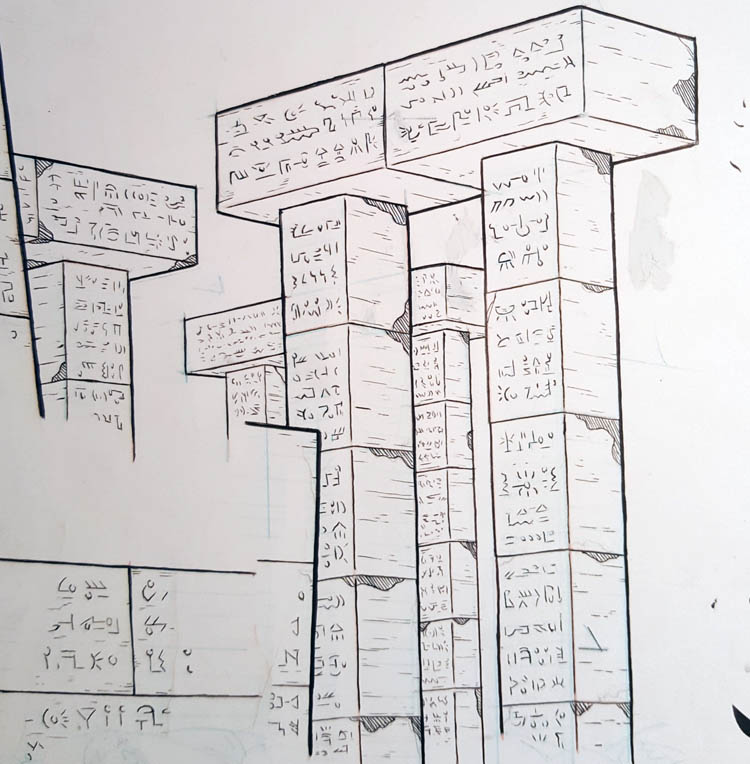 If the wings move...they need a different illustration for each position ( I won't make you scroll through every cell/aspect of this piece, but you get the idea) 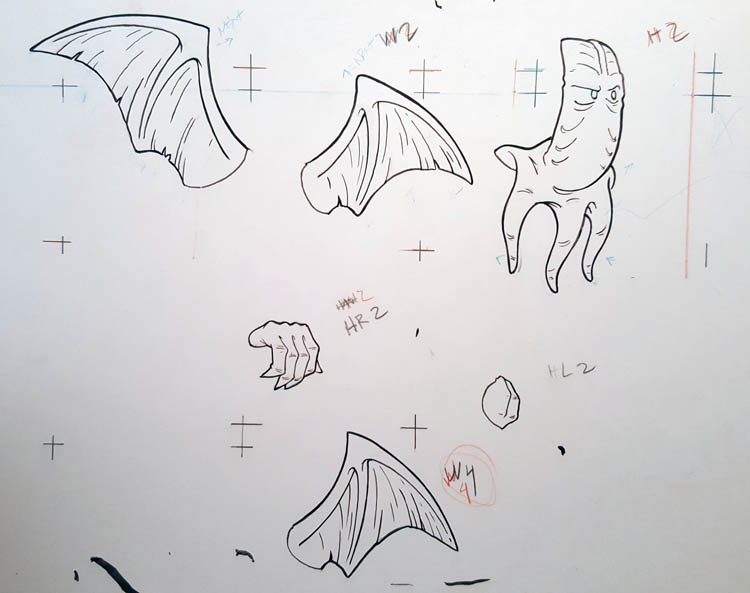 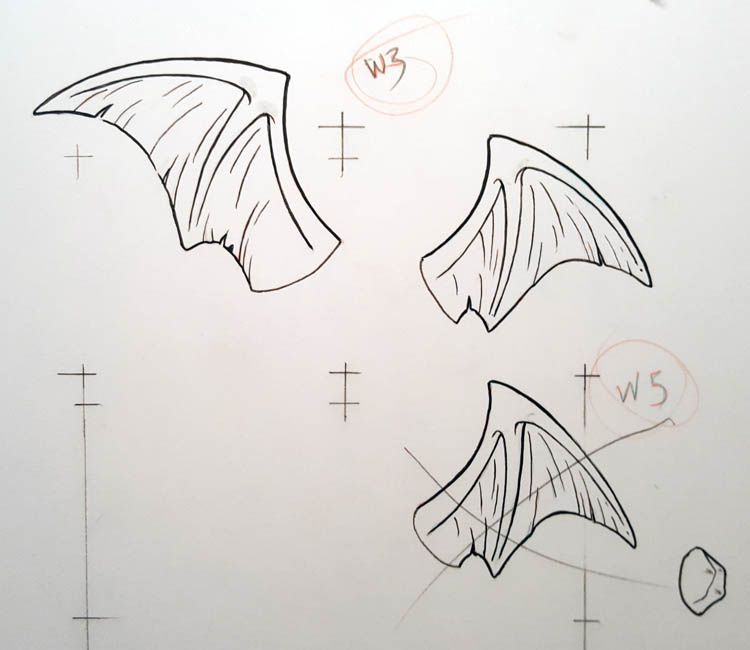 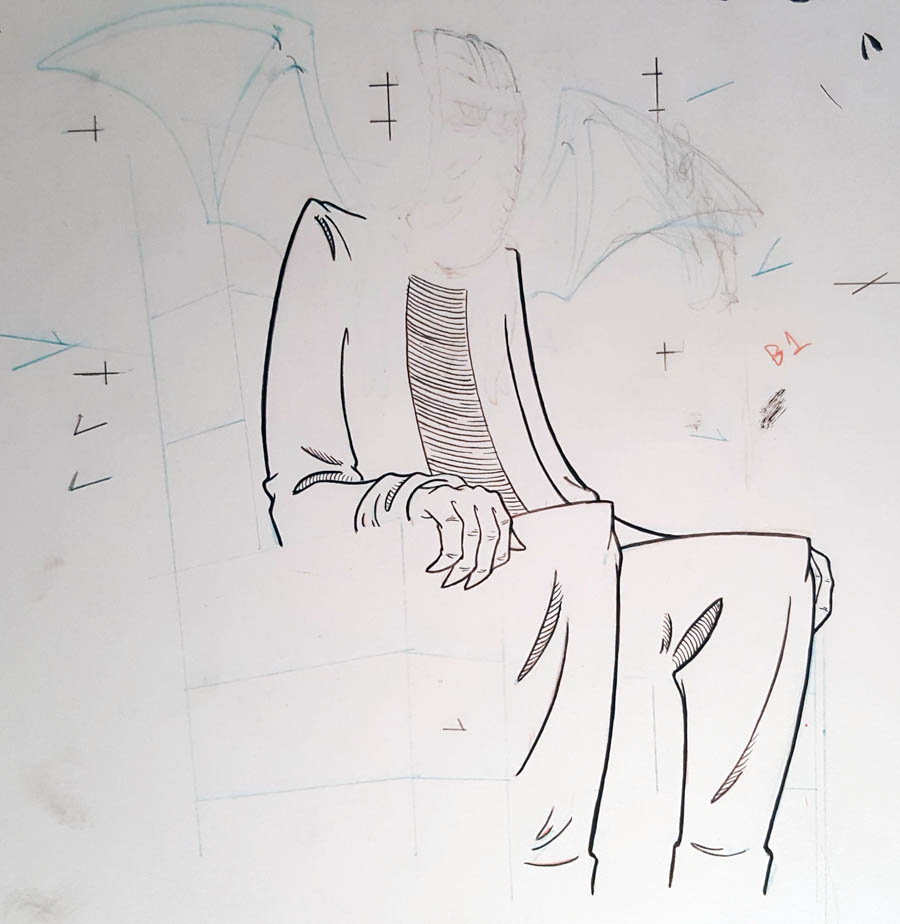 the line on that shirt...after some consideration...that was sub-par. BUT I'm not a total Luddite, I didn't redraw the entire body...just the shirt lines, then added them in digitally 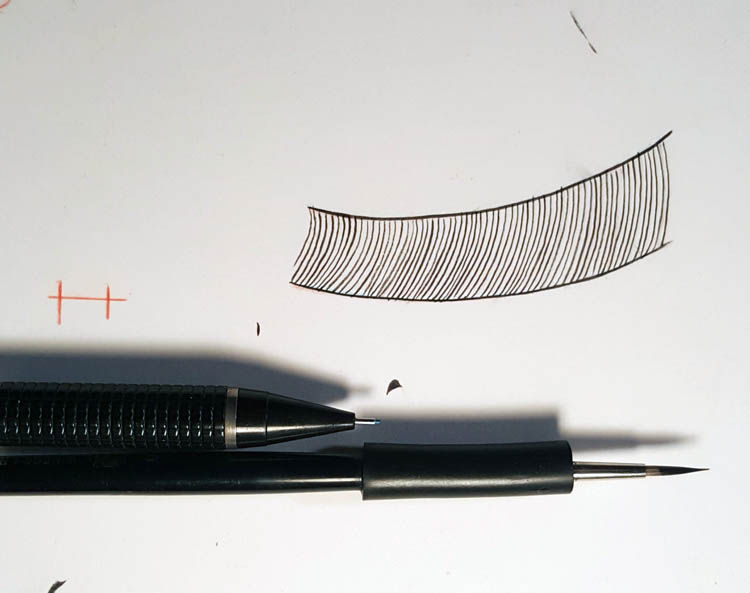 until eventually I had the line-work done to my satisfaction... 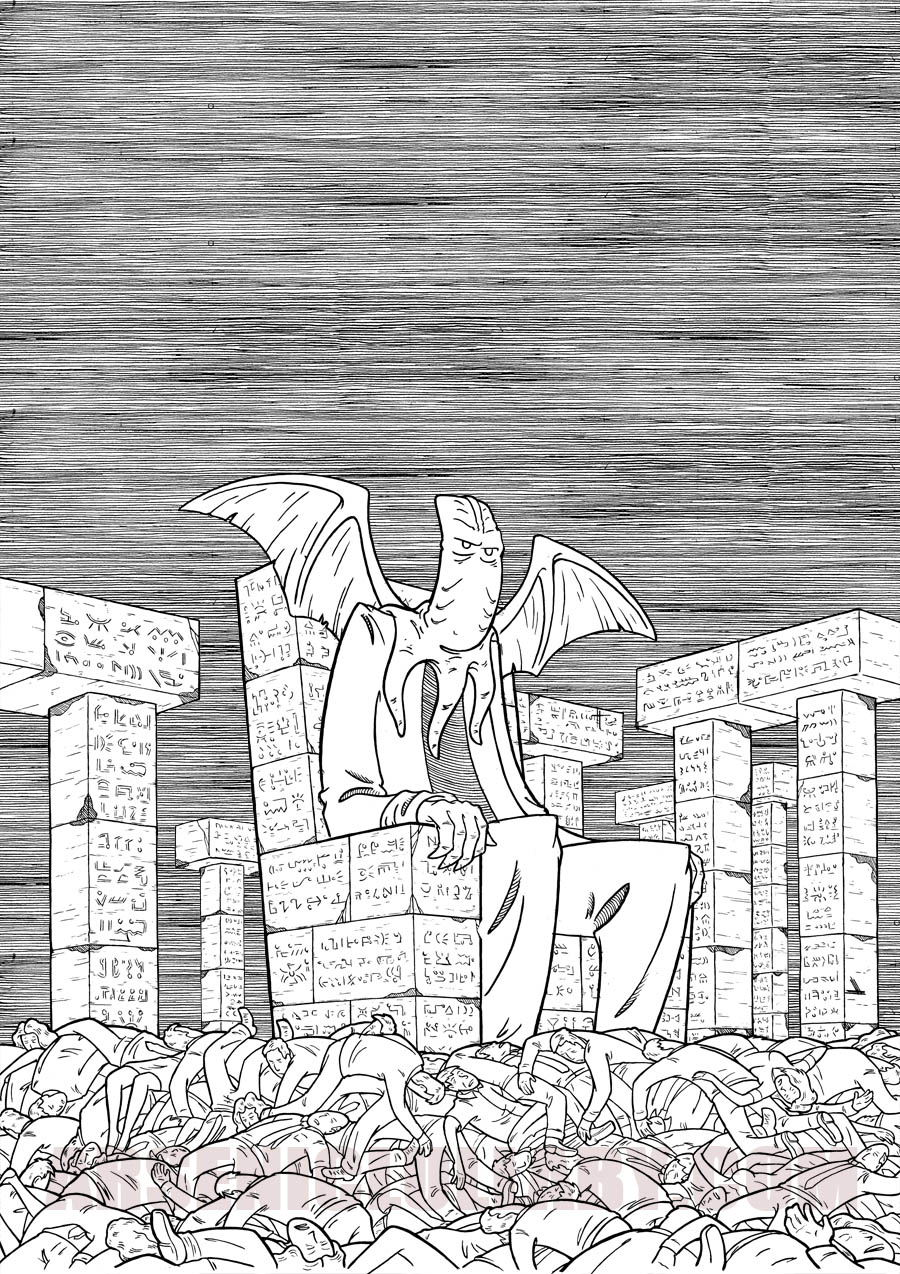 now...I did say every single line was inked with a brush, yes? because you might be looking at that background and thinking I am a lunatic...and you may be correct in that assessment 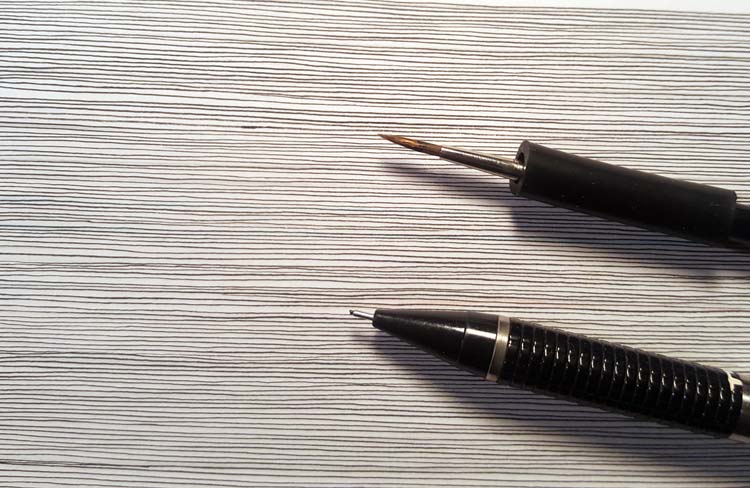 Tedious?a little. Insane? maybe. But I am known for a certain look, and was nominated by someone and I'll be fucked if I am going to let them down.

after all that...animating the thing is almost relaxing. You just add the individual scans/cells correctly and decide on a speed. Most animated cartoons you've seen move at 24 frames (pictures) per second. 12 frames per second is legit but not used much anymore. I go about half that rate, 6 frames per second, to give it a little clunkly charm. to my mind, just like using a digital brush which never varies the line width, having the animation too smooth can also make something so polished that it feels sterile. In the end, it's all moving at a rate that the eye can't see the difference anyway but...these are the tiny differences that you tell yourself matter.

and...then the computer dies...taking hours of work with it. NOW, in younger days I would lose my tempeter, thow a fit, maybe smash the computer with a baseball bat, maybe take i outside and empty my shotgun into it. ,,,don't look at me like that, you none Americans, if your computer did that to you and you had the option of pupping it full of lead, you'd do it in a heart beat. But, I am more mature now, and tlosing your patience accomplishes nothing and having to talk to the police for several hours because your neighbors called them because you were cursing and firing a gun at a computer in the back yard wastes precious time...AND someone nominated you for this project and you are not going to let them down.

...all the same...pragmatically...a price has to be paid for failure... 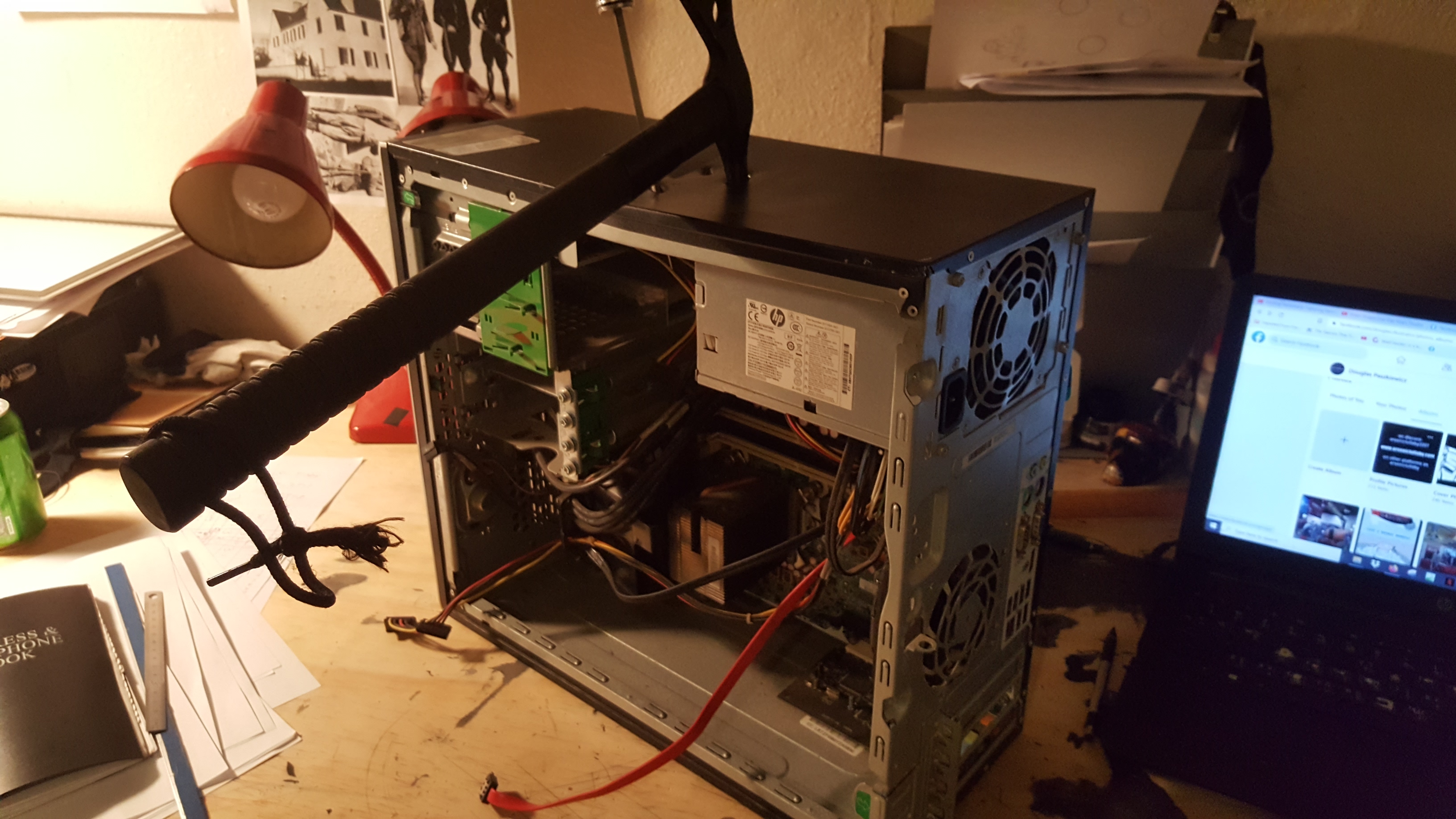 hmmm...that's not quite cathartic enough 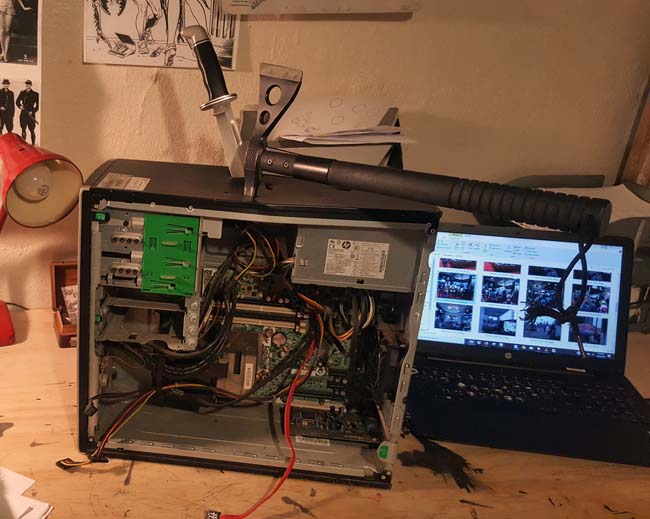 Moving right along...then you salvage what you can from the hard drive and re-do the sunovabitch

I'll first show you the animated gif in ONLY black and white.

During the process, I kinda really liked the b/w version. It's not something you'd put out in competition with the greatest nft artists in the world, lest you wanted to look like you were being different for the sake of being different...and the color version is actually what I envisioned the whole time. BUT I do think the b/w version stands on it's own in a different way. captures the imagination in a different way. Heard of Edward Gorey? He's worth googling. His work is marvelous and would just not be the same in color. SO...with that in mind I mined a b/w version along side the color gif that will be shown at the dreamverse event

It's all minutia at a certain point but if you look close, the waves on the b/w are a bit thicker that in the colored version. That is to aid the optical illusion of movement in each instance. (these are things you learn when working on a b/w comic book) . the background lines are more apparent and obvious in b/w so the waves can be bigger without being overbearing visually. But in the color version they need to be a little thinner and more subtle lest they stand out too much. Also in the color version I can have the background and falling bodies be just a bit faded by the waves, adding another element of depth to the piece.

I'm pretty happy with this to be honest, and I don't say that often, especially after I just finish something I spent 50-60 man hours staring at. as usual though, the thing that cracks me up the most is the thing that most people won't ever notice. The tiniest figures furthest in the background...for some reason that really busts me up. They are too far away to matter to Cthulhu at all. Like raindrops that never hit anything important. Their existence ends at the bottom like everyone else...yet they, even in that final fall, don't really bear much notice.

And that's that. I hope whoever nominated me...that I lived up to your recommendation. I am EXTREMELY honored to be a part of this.

The b/w gift will have 5 editions at a lower cost (so that people who usually can not afford my work can own a piece) The first b/w will be listed at .07 ETH and the price will go up with each edition until, inevitably they all have a home. So "get while the getting is good" as my Dad used to say.

and the color version that is being shown at this event is a 1 of 1. Only ONE person will have ownership of the piece featured at this event.

They are both here- https://makersplace.com/arseniclullaby/

You can can see more blogs laying out how my bft's are made, and see the entire A.L. nft library here-
https://www.arseniclullabies.com/nft.html

as always MY homebase is here
https://www.arseniclullabies.com/

Thanks! I'm honored by that hashtag ;)

It looks great. Show that being a lord of the underworld can be tedious. As always the detail in your work is amazing. Real shame about the computer though. I've been lucky not to lose anything major recently, but I have constant backups to the 'cloud'. I've been bitten before.

Hope the exhibition goes well for you.

So great to see parts of #wip, great since it can be learned a lot form it, at least I learned few things I didn't know. And you are so precise :) love that professional part of you where you don't let anything just pass buy, everything has to be perfect.
Thanks for sharing and revealing some secrets of trade.