Overslept progress pics - traditional art that only works as an NFT? 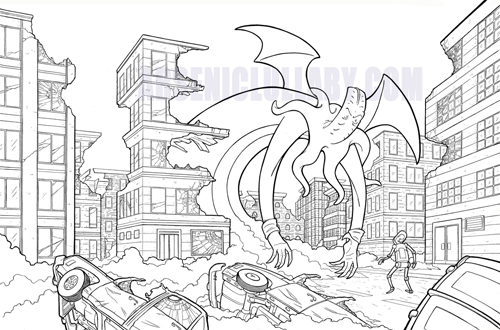 My philosophy on minting an NFT is, by an large, to mint pieces that could only exist specifically as an NFT. Whether it's because of sound, movement, colors or effects that would not transfer to print with as much impact, or perhaps details that would be lost via physical print.

So minting a black and white illustration may SEEM to be at odds with that, but it is NOT.

This was originally, painstakingly drawn then inked by hand with a no.0 brush, if you've never used or even seen one...they come to a point as fine as a needle.

Keeping in mind that this original illustration needed to be reduced by about 75% to be comic book size, means that there are lines you see here that in print are muddy, less crisp, rasterized...if they even showed up at all. Add color to that and it's even more diminished in physical format. There is no functioning industrial printing press that could capture all these lines and all the detail.

Add to that, it was used as a Comic-Con International Exclusive and as the cover to the limited hardcover variant, so portions of it, got covered by logos, UPC codes, ect...and a black space was left so that fans could get a sketch on the back. Hell, the hardcover version was one sides and didn't even use the right hand side of this.

It is a HEARTBREAKING, when you look over a work that you spend 40 plus hours on, and much of it is not there for anyone to see.

If you're new to my work, you'll understand that I'm being conservative when I say 40 plus hours. Here's a bunch of progress pics. 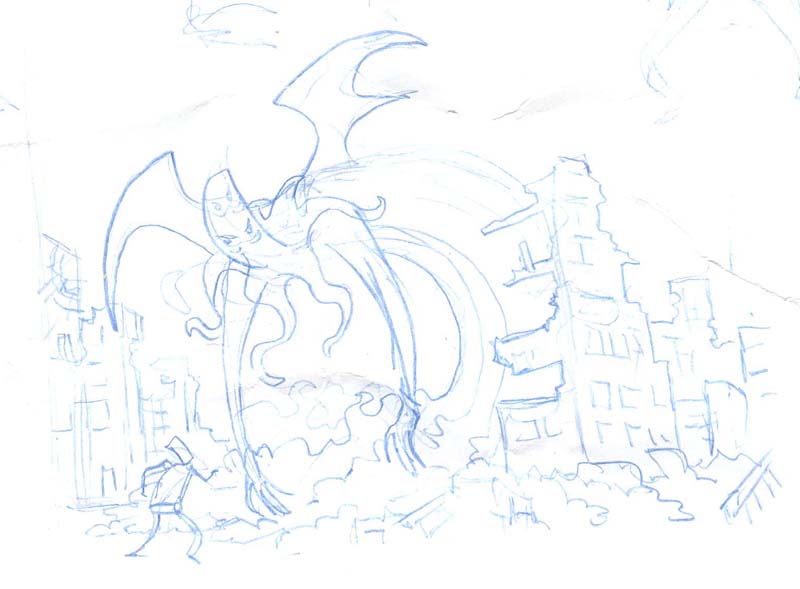 Then you tune it up, refine it, add in the vanishing points, so that everything is in proper perspective (2 point perspective in this case)... 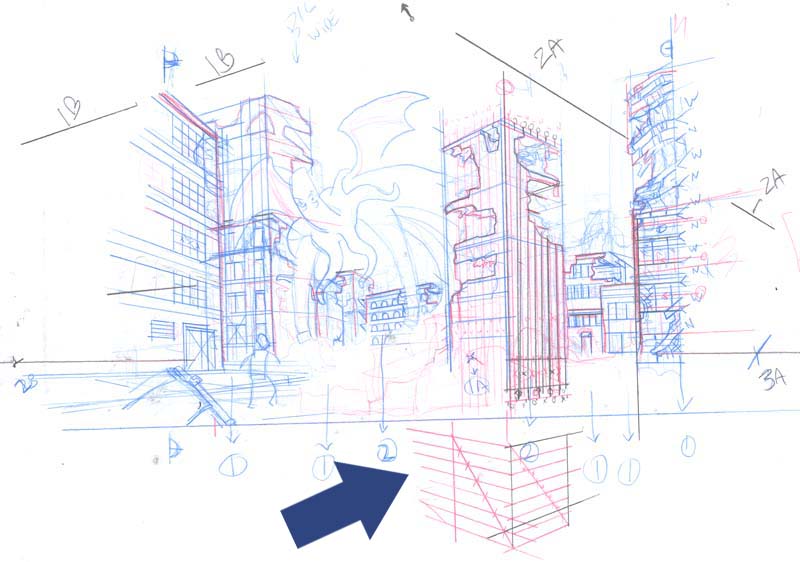 This is where I figure out the horizon line and vanishing points so everything is in perspective while retaining the impact of the composition. That blue arrow points to a guide below that building that helps me figure out how much narrower each window needs to be that the one next to it in order to stay in perspective ...I added that arrow because I was going to explain that, but upon further consideration, it's complicated and boring. Also, you could do the same thing on a computer. I don't because I've done it so many times that using a computer doesn't really save me anytime, but If you haven't been doing it the old fashioned way for ten years, I can't say it's worth learning. 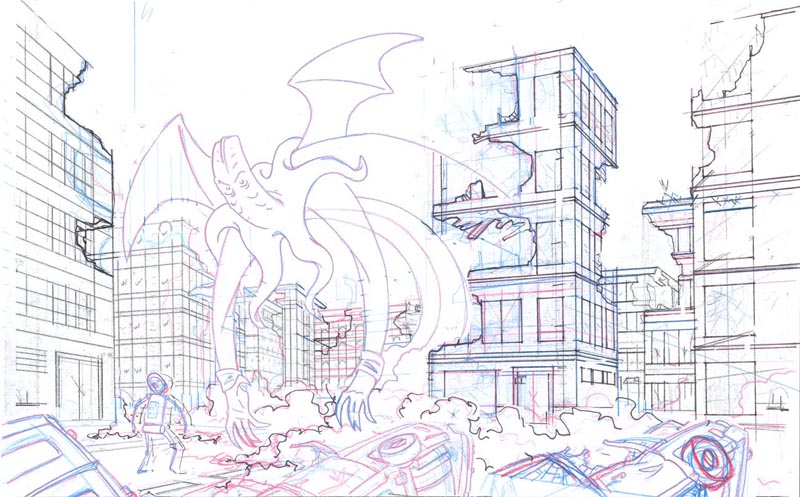 Then do the whole thing full sized...( 13 inches by...something, I forgot what) 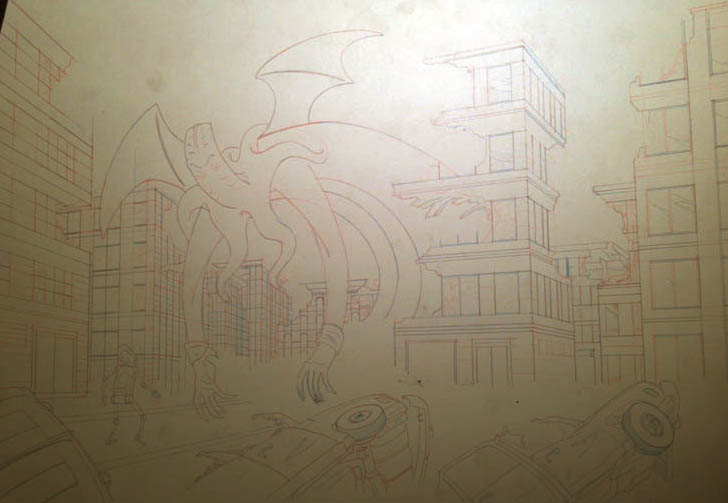 ...then you ink the bastard. It is never a good idea to ink when you are in a hurry, especially with a piece like this. Some days straight lines are easier and curved lines give you trouble, some days it's visa versa. Depending on how much coffee you needed to get going, some days trying to ink the tiny details is not a fantastic idea. 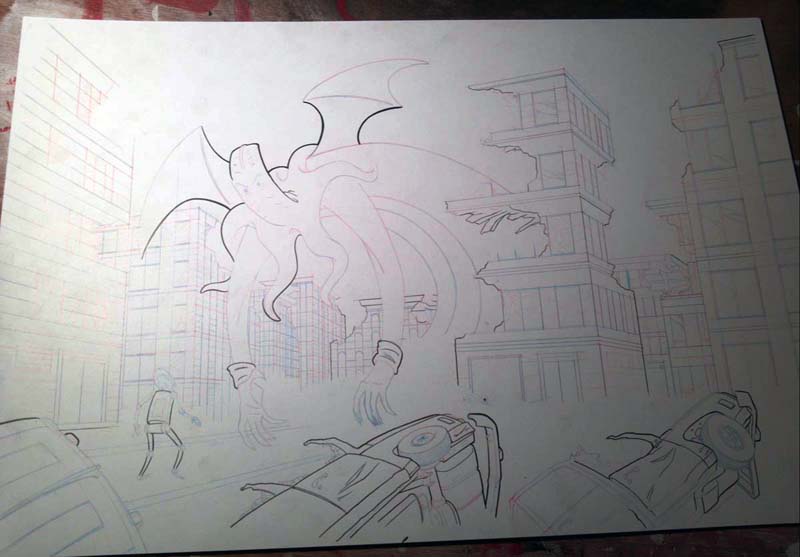 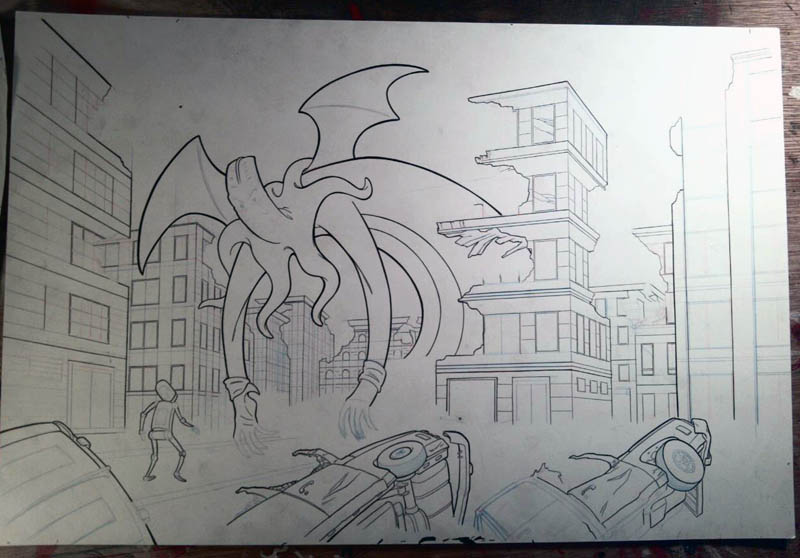 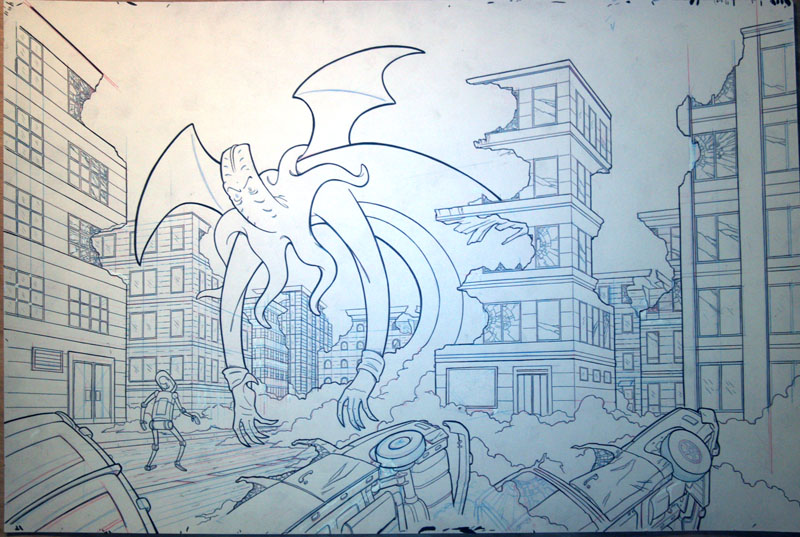 at this point I realized I drew the damn thing backwards. I wanted to the figures facing the opposite way. Computers do come in handy! I never sad they didn't...I just had to flip the image once it was done and I scanned it in. 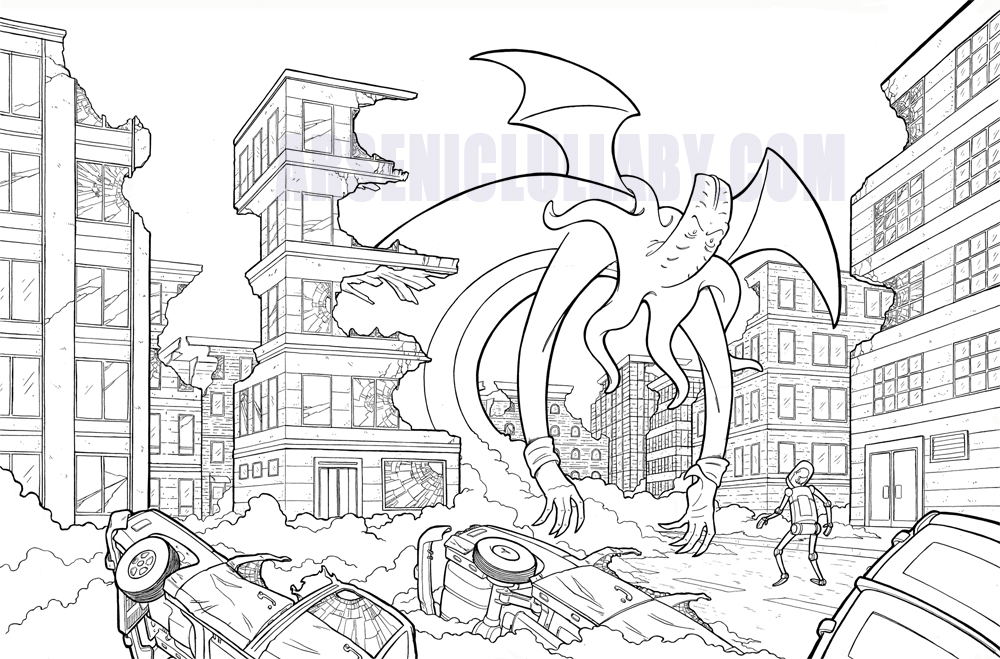 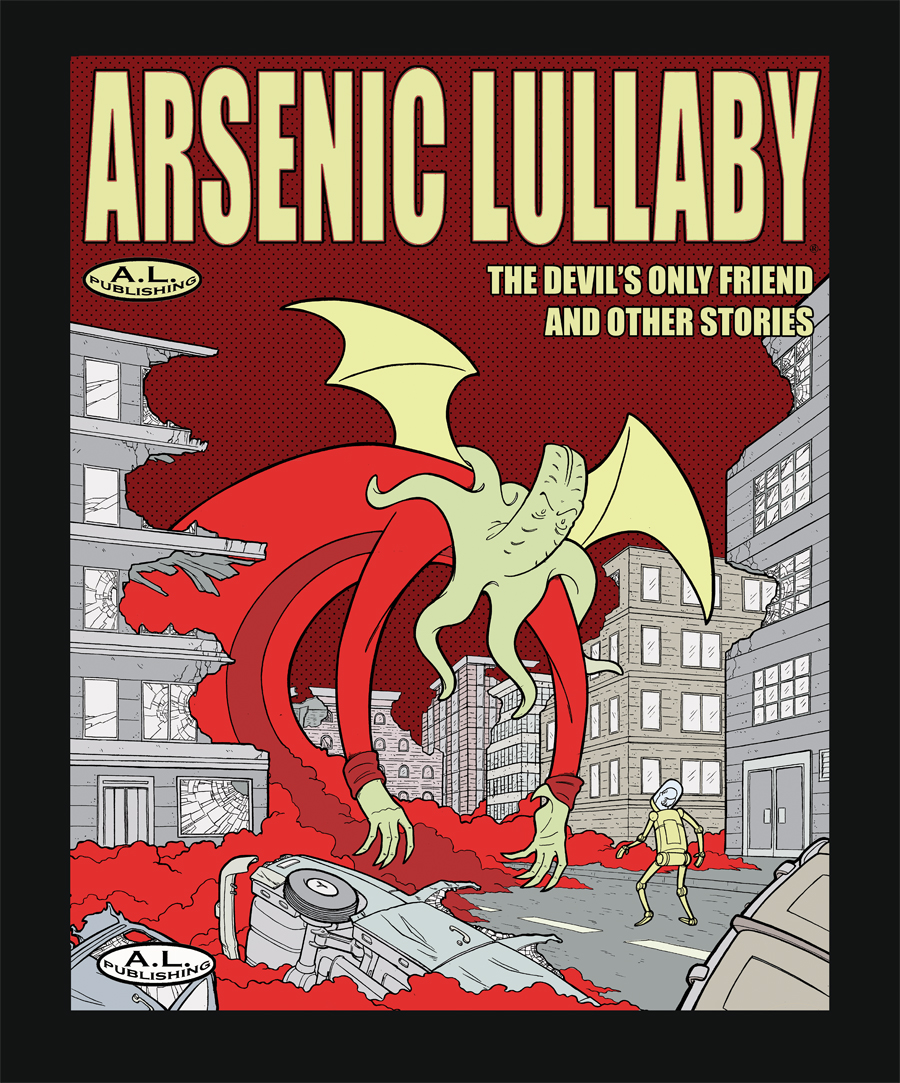 Those are very good covers, I'm proud of them and would put them up just against about any other cover on the shelf...but still...heartbreaking. BUT...as an NFT, every line can be seen, taken in, be as crisp and clear as possible. 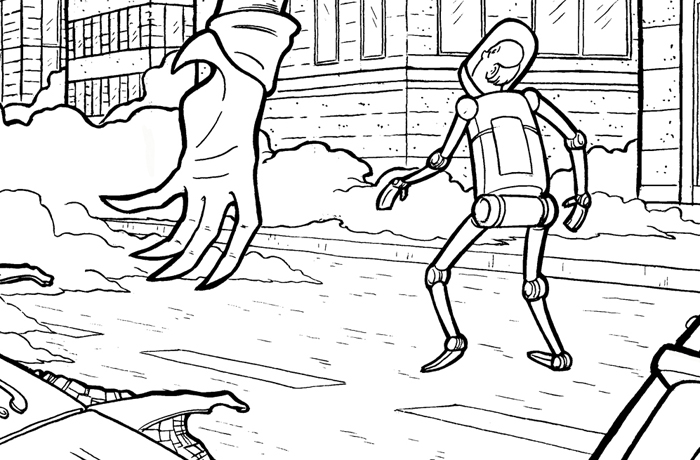 This is, so far, arguably my greatest illustrative work. and until the advent of NFT's is was resigned to accepting that much of the detail and impact would be forever lost.

But it's here now. Every line every shard of glass, every dent, every wisp of smoke, to live on in the blockchain. I am profoundly proud of this piece. and extremely happy that, as an NFT, the work is finally all there to been seen.

Incredible patience with perspective and buildings :OOO Love it!

That's a lot of detail to ink with all the broken glass and car parts. Hope it fetches a good price.

Thanks! It took a good amount of time, haha. The broken glass was tedious, but the wings were actually harder to get right...long curved lines can be nerve wracking