Pompous, haughty, and a spewer of garbage, Emperor Porco Guano is not part of the Hushpuppies troop but the head of a rivaling gang. A master showman, he’s a spinner of stories and a fabricator of lies. Always in full combat regalia, his mastery of deception has made him victorious in many a fights, tricking his opponent into believing him a skillful fighter when in reality he doesn’t even know how to throw a punch. 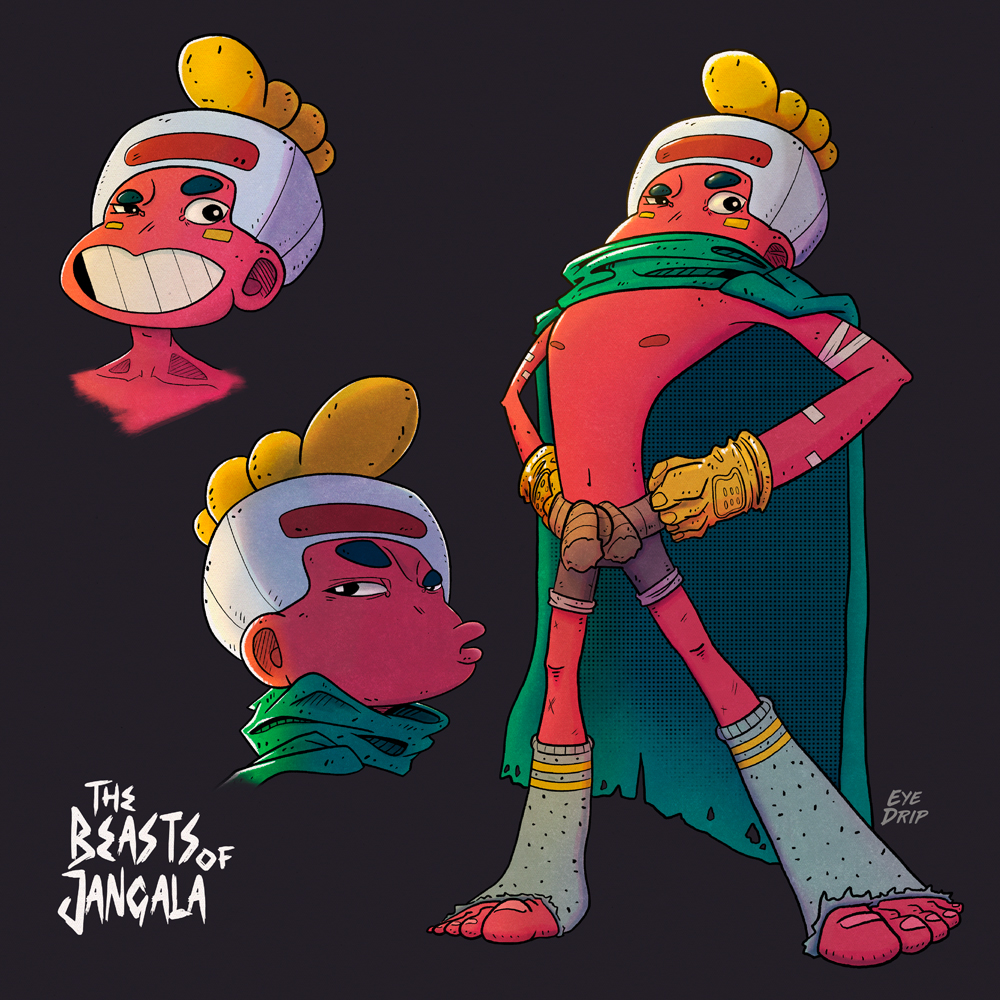 About the process: I’d been tweaking and retweaking this character for quite some time now, and it wasn’t until this weekend, after watching Miyazaki’s “Lupin”, that everything somehow clicked into place. Creating a character can at times happen quite “easily” but other times they require extra iterations and even some external inspiration - and Miyazaki never fails to deliver 🙌🏼

Below you'll find a process breakdown, from flats to sketches, close-ups, and, per @creativetruth 's request, a slightly more detailed breakdown of the highlights/shading per layers. 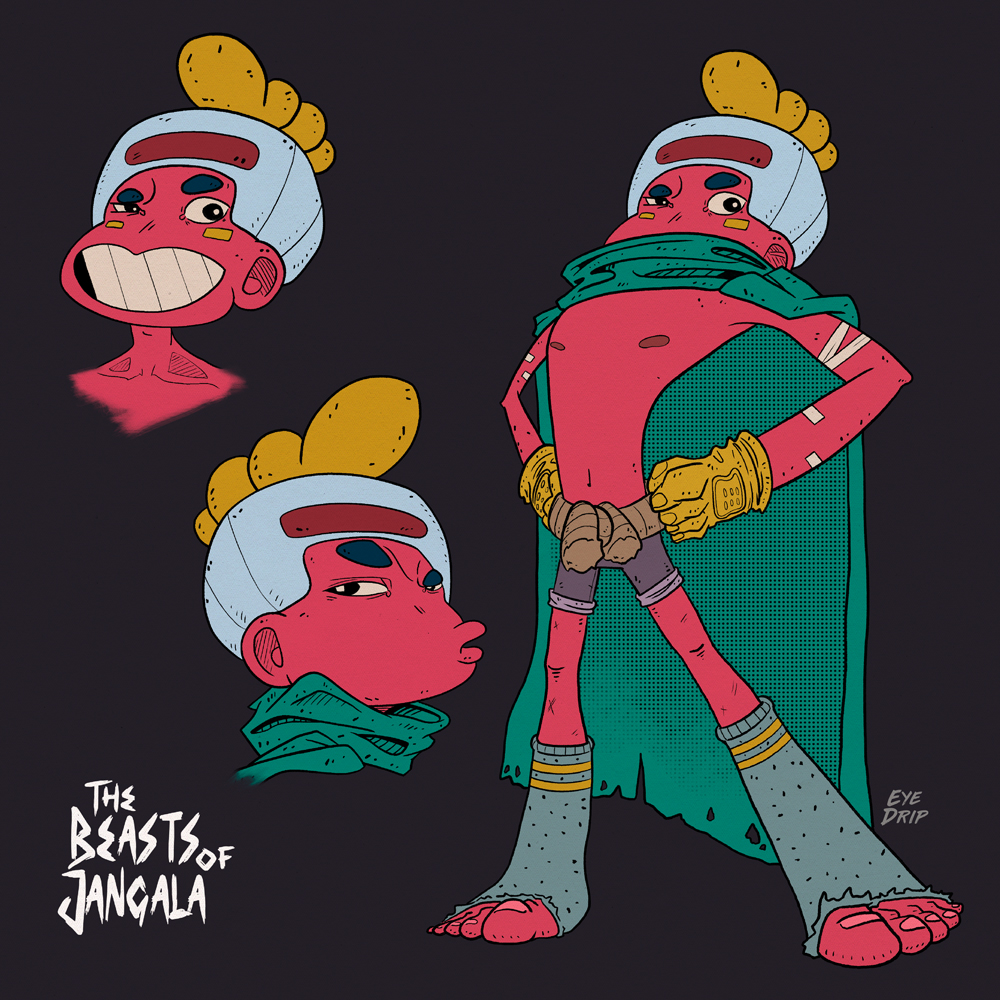 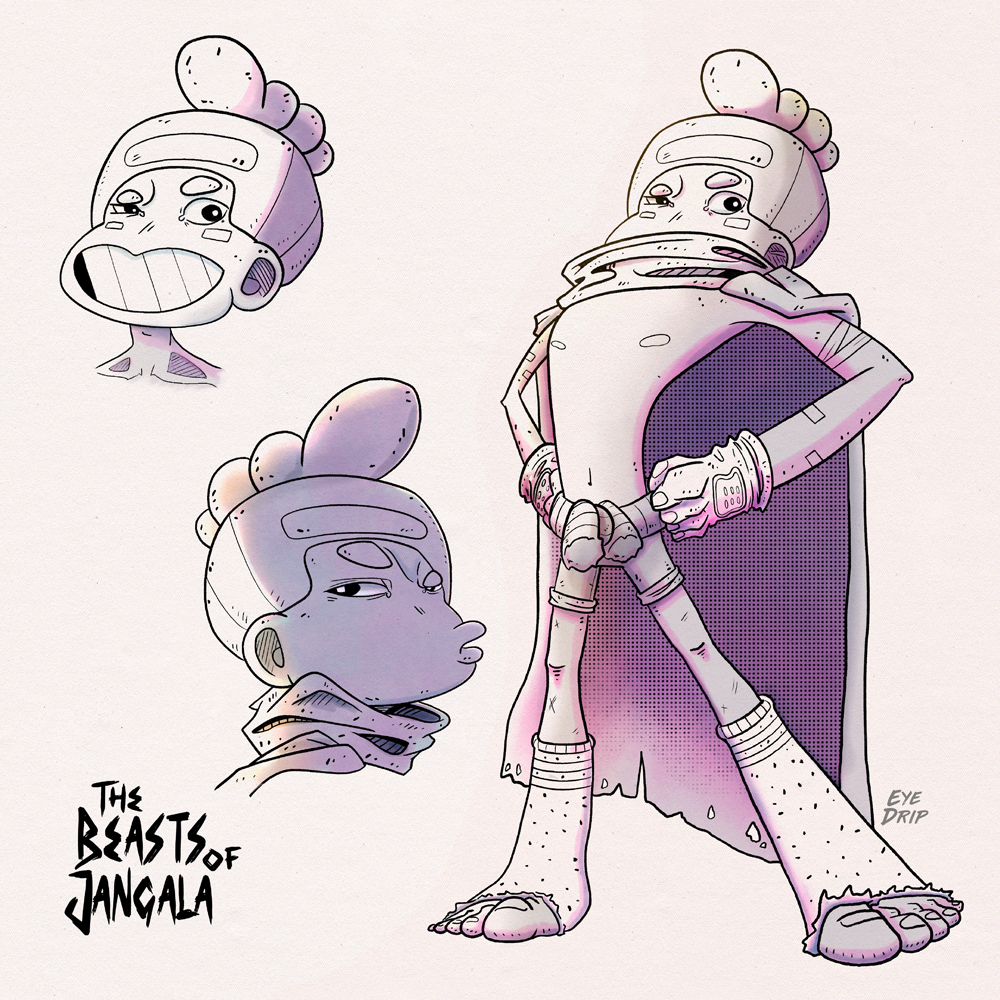 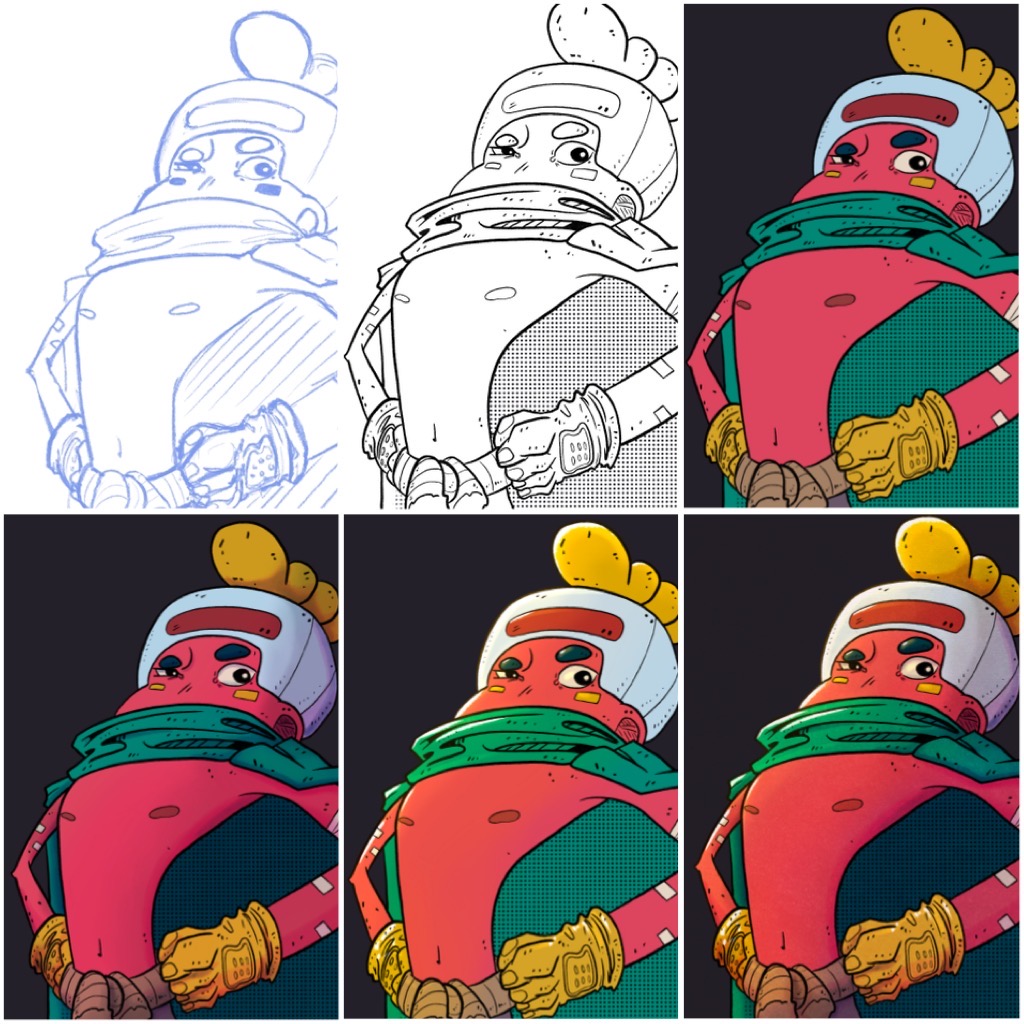 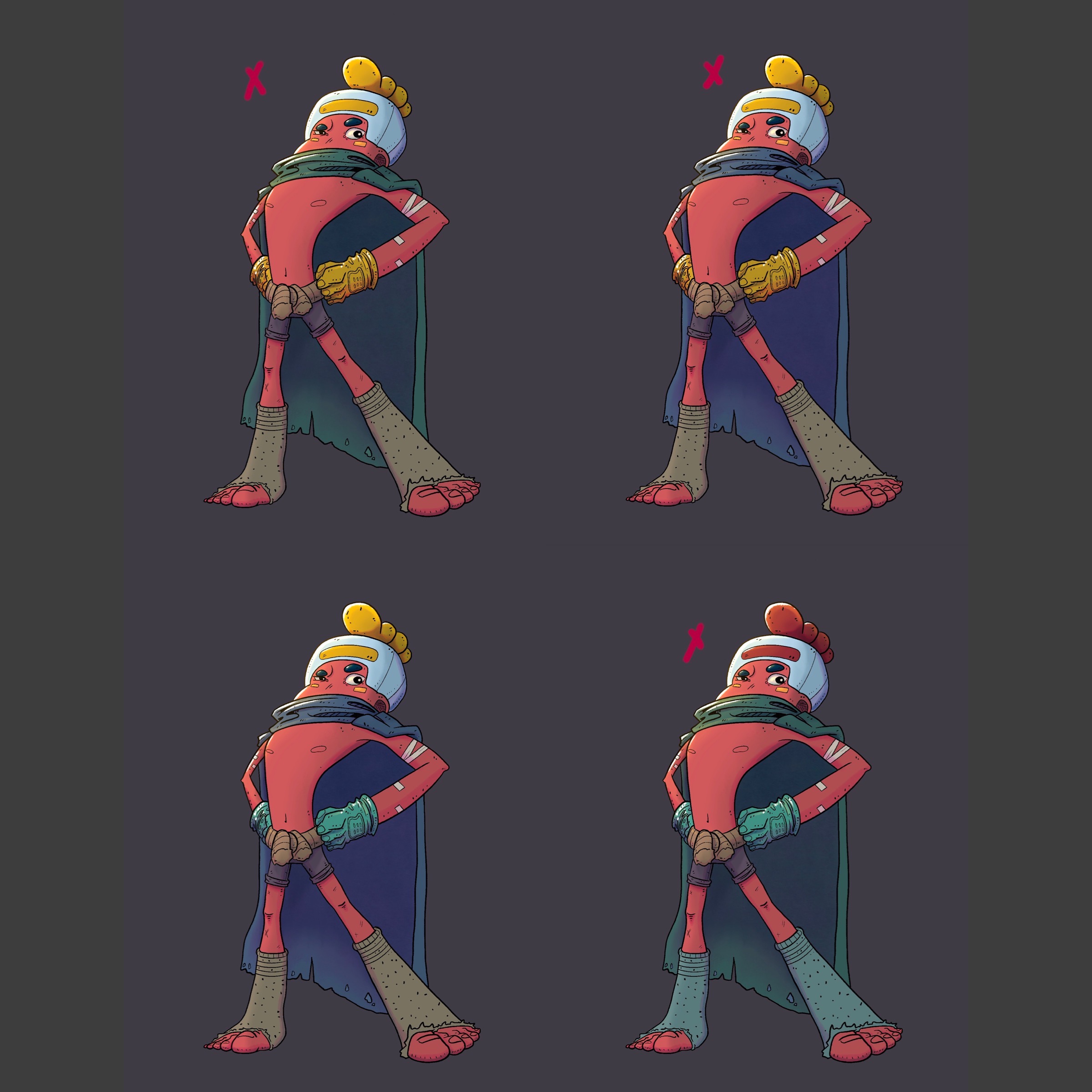 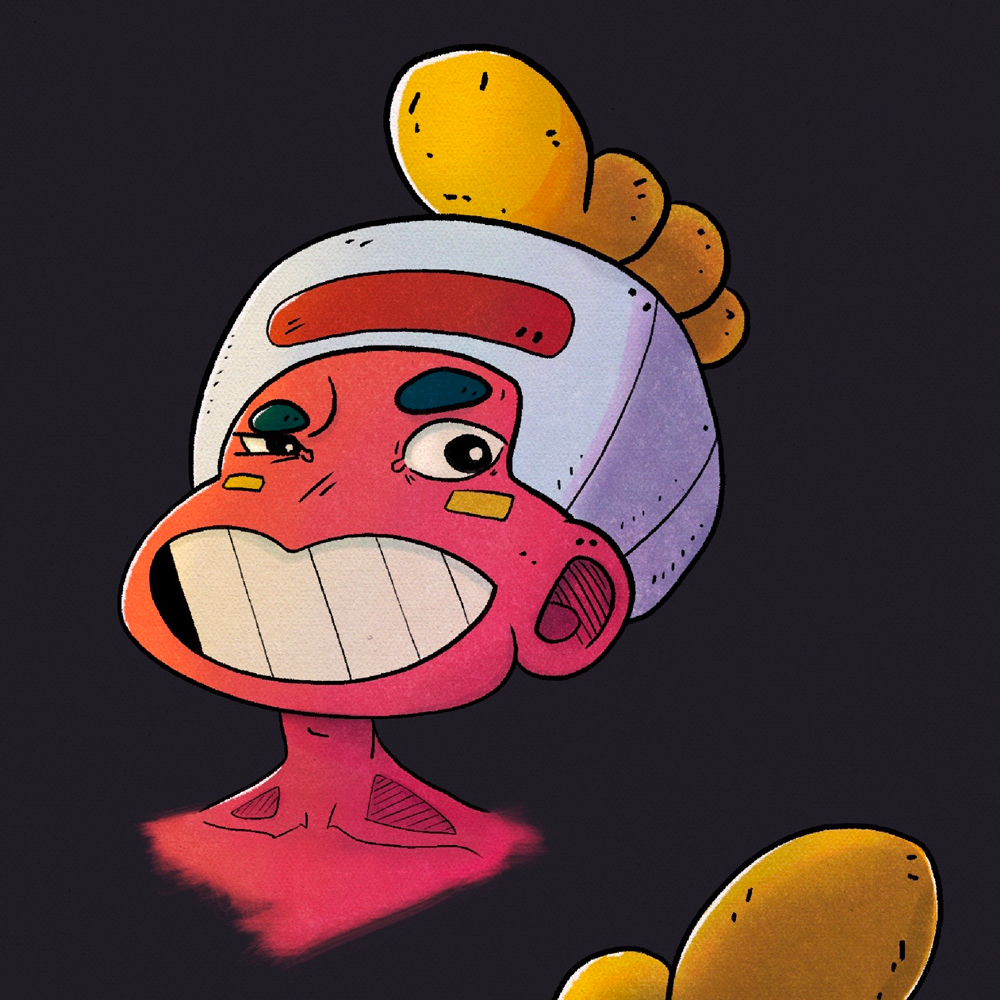 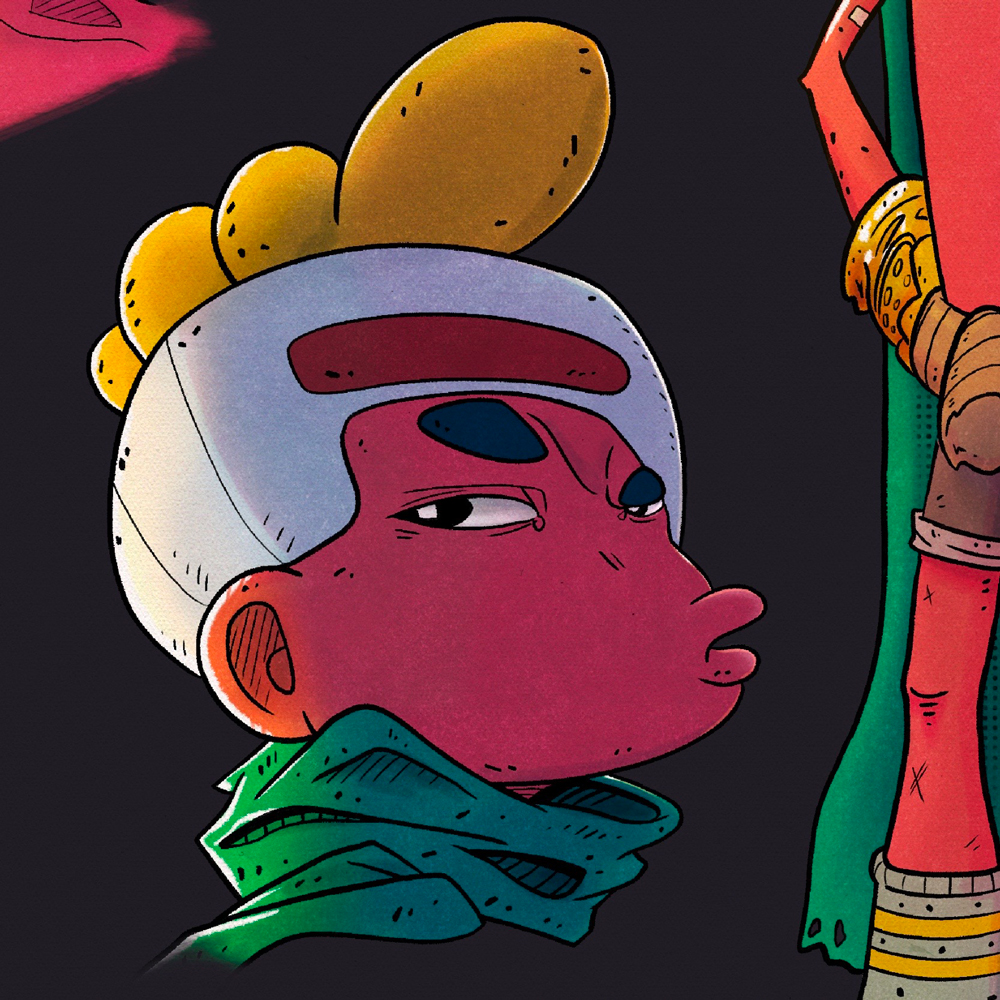 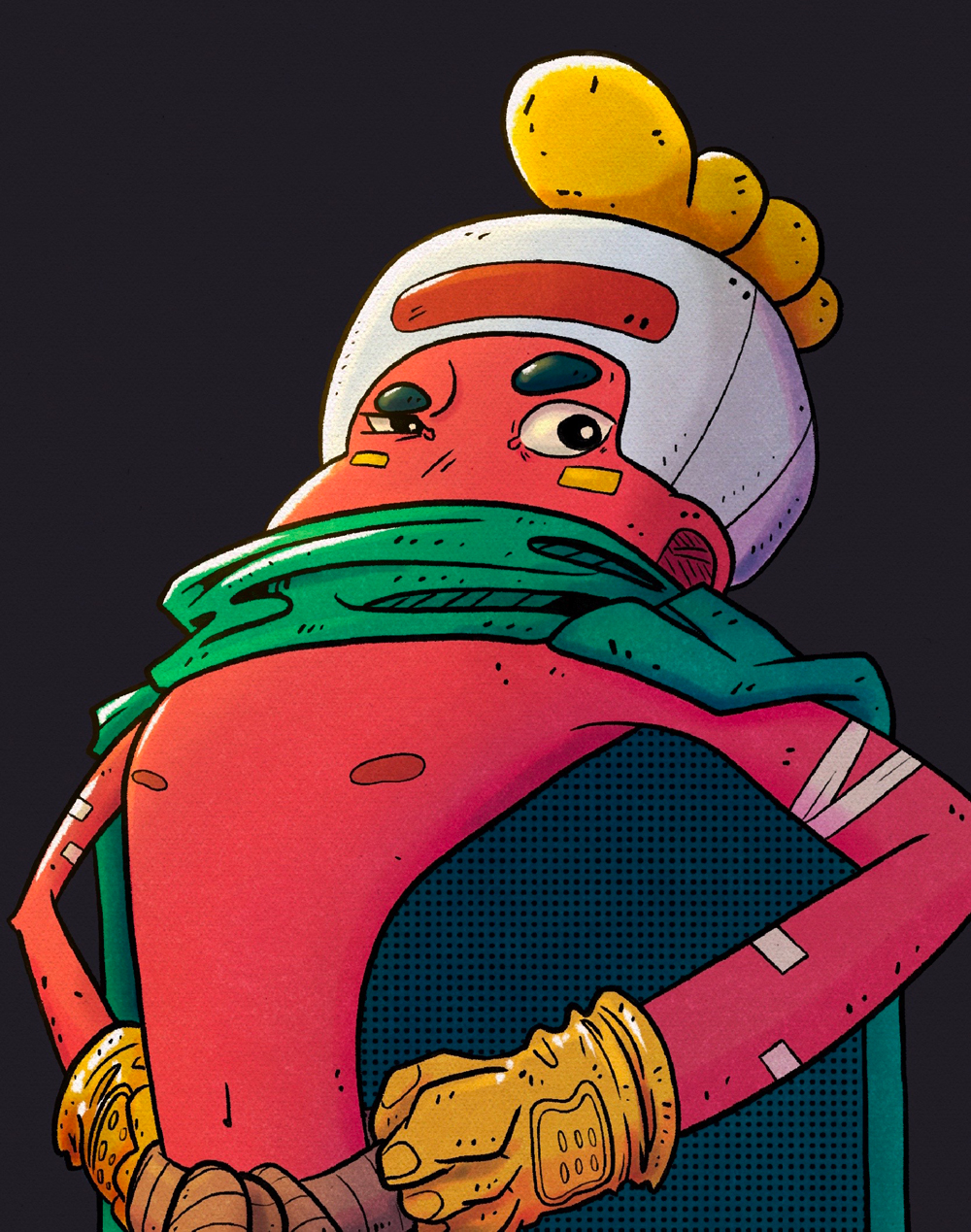 ◉
All work was done on Procreate for the iPad Pro.
Thanks for visiting!

Congratulations @eyedrip! You have completed the following achievement on the Hive blockchain and have been rewarded with new badge(s) :

👋 Hi @eyedrip, I was flipping through the blockchain and stumbled on your work! You've been upvoted by Sketchbook / a community for design and creativity. Looking forward to crossing paths again soon.

Excellent post, I am happy to see and read quality content on HIVE, I vote for you because you are worth it.
If you like it, visit my recent post and give me your opinion or advice! https://peakd.com/hive-156509/@lobbyvzla/dibujo-de-mi-abuela-ines-corsi-guerrera-de-la-vida-con-97-anos-de-edad-drawing-by-my-grandmother-ines-corsi-warrior-of-life-at