Hey, I've told you not to touch that
Wily was just rushing to clean the new Ford GT, the spoilt brat just drove in.

How long did you say you've driven the GT? Wily asked.

It's only been three days, what does that to do with the Ford GT, I would be naming him after you done.
Maybe "Drag", always wanted naming one of my cars Drag. 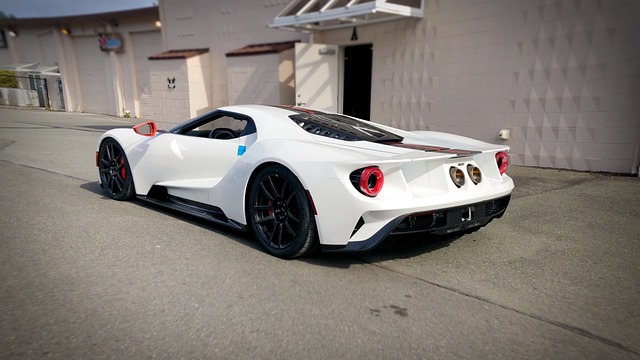 Wily now under the car mutters what a name, Drag.
Could you pass me the toolbox behind you?
For what, don't you know what you doing?
I need the wrench from the box.

Using a wrench from the toolbox, she unbolted the axles quick release brackets.

Now could you give me some space, preferably go and buy yourself a snack or something, I can't work having you breathing down my neck. I'd take care of her for you, I meant I'd take care of Drag for you don't just worry yourself.
Wily stopped lapping and looked at him with an ancient liquid gaze.
The countenance on his face was funny, looking like a lost puppy that has been taken in by a new family.

Wily had been a mechanic for over ten years now and when male customers come in, they behave as if they could fix their car issues.
Wily thinking for the first time after 10 years of experience, maybe I should work only for female owners cars.
"WILLY FEMALE WORKSHOP"
Oh, Wily get that thought out, it's not first time a customer would disrespect you and it's going to happen again.

Are you still under there?
The spoilt brat strolled in with bottle of chilled Sprite.
Do you expect me to drink from that? Wily from behind.
Yeah, most definitely,smiling shylishly
Anyway I wouldn't be drinking that now, you could put it in the fridge behind you.

Alright, the cap is back on.

Who told you to open it before?

I'm done with the GT, let's take Drag out for a spin.
They both got in for the test drive.

#freewrite #ocd #weekendfreewrite #proofofbrain #neoxian #storytelling #ctp
6 months ago in Freewriters by boscohage (65)
$21.17
239 votes
Reply 3
Sort:
[-]
poshtoken (74) 6 months ago
The rewards earned on this comment will go directly to the person sharing the post on Twitter as long as they are registered with @poshtoken. Sign up at https://hiveposh.com.
$0.00
Reply
[-]
mariannewest (73) 6 months ago

Thanks, I'm just glad I can explore my creative writing with directions