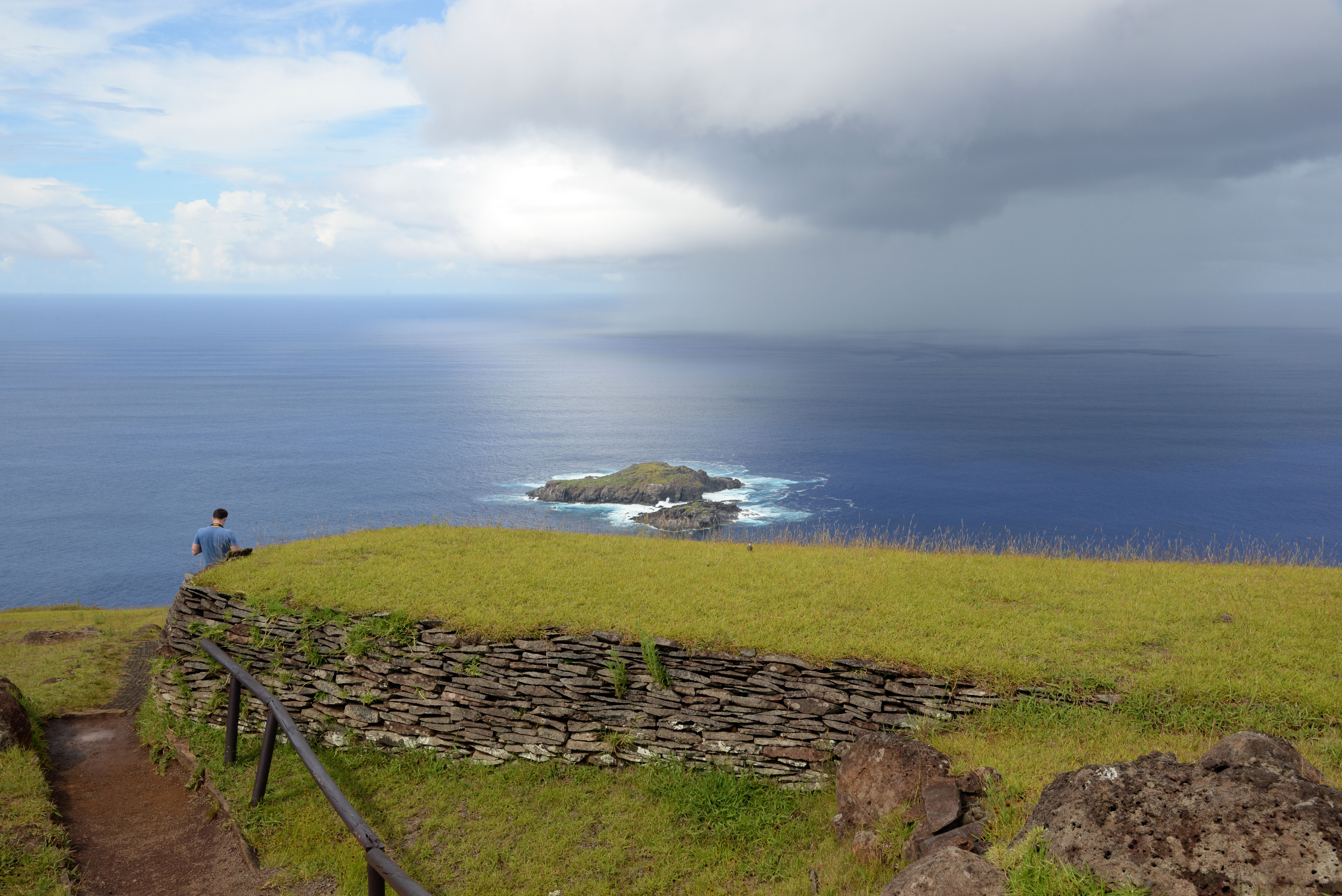 Easter Island / Rapa Nui must be one of the most remote places on earth. It's actually located almost 3700 kilometers from the mainland of Chile. Despite its size and isolated location, it is world famous because of the large, mysterious statues carved in stone. Almost 900 statues are spread all over the intire island. Besides these statues, the island has another important archeological site worth visiting.

The village of Orongo is the only ceremonial village that was built for religious purpose only. This made Orongo the most important ritual center on the island and the place where the annual Birdman competetion took place. 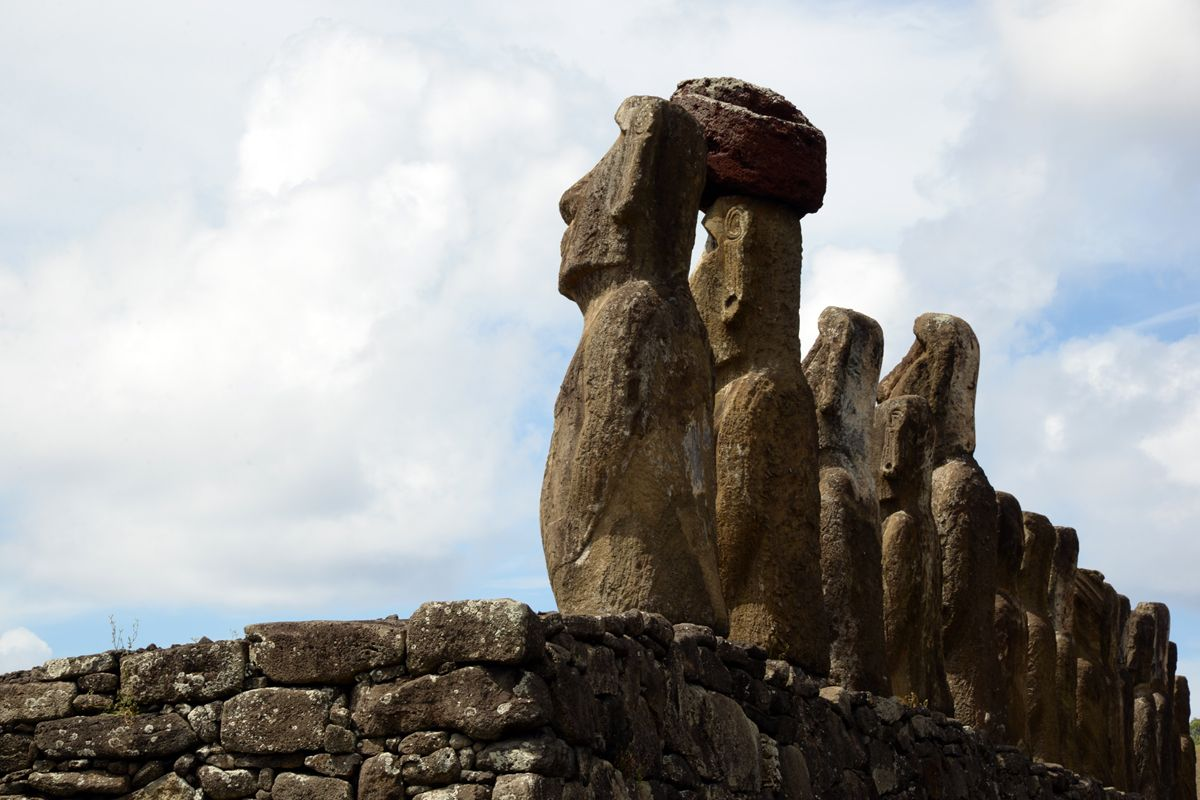 It was during the 16th and 17th century that an important cultural and social change happened. At that time carving of the large statues were abandoned and the power of the kings were reduced. New ways of expressions in politics and religion turned up. The most important took place at Orongo Ceremonial village, when the Birdman culture was expressed. This was when the Rapa Nui society startet a transforming from beeing an ancient culture. 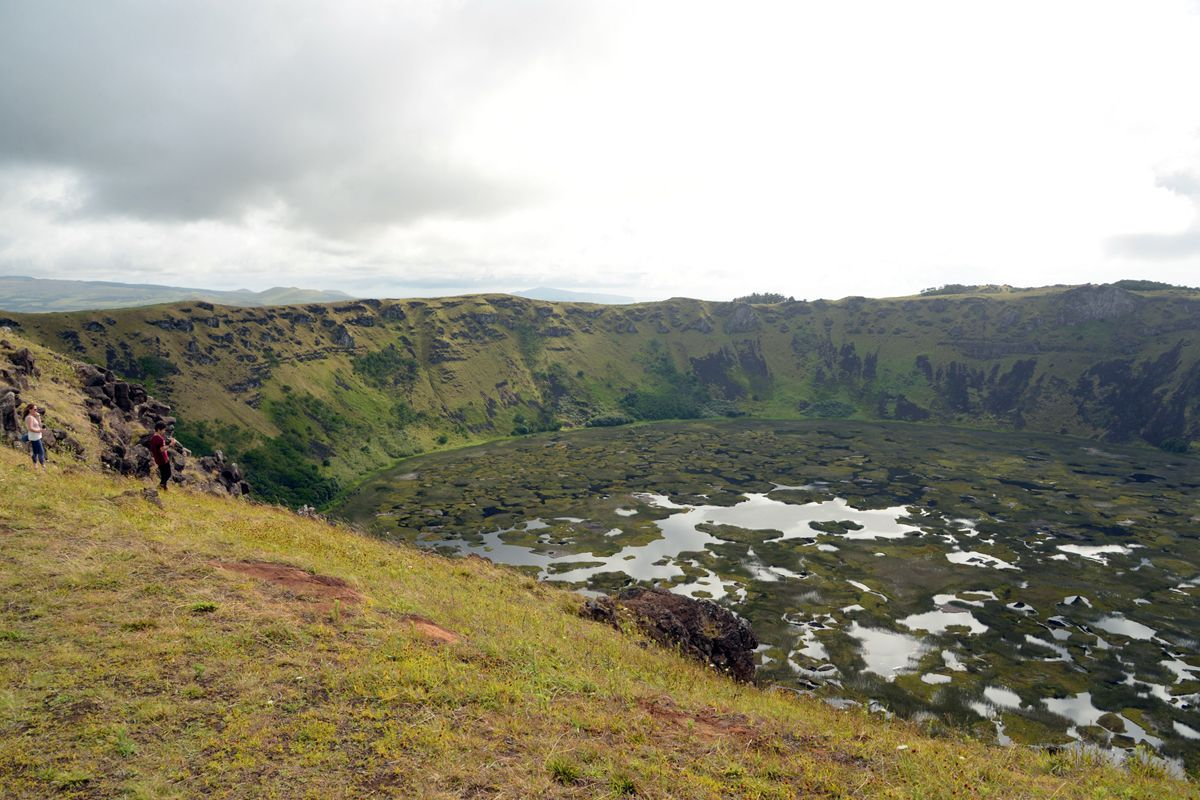 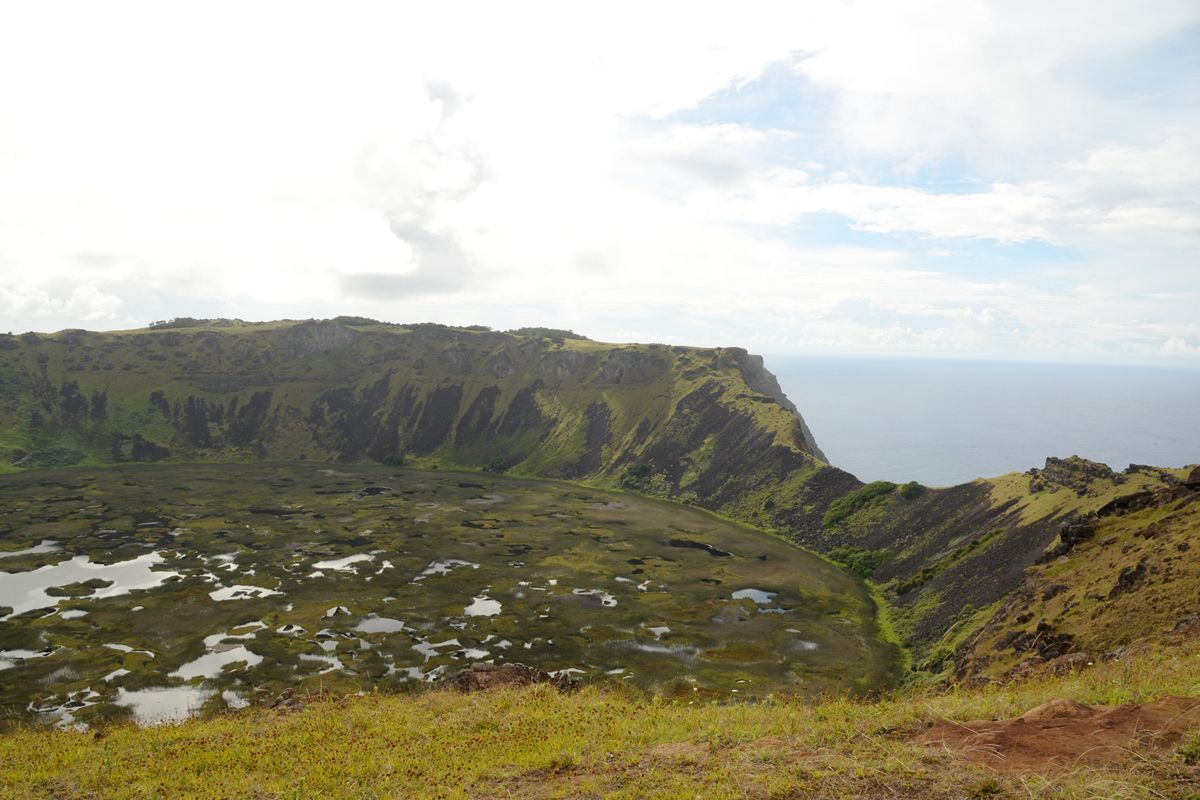 Before we entered the village itself, we paused at the crater Rano Kau. This is an impressive vulcanic crater. The size is 1 kilometer in diameter, which makes it the largest crater on the island. We were standing on that narrow piece of land where on one side there is the crater lake and on the other the steep cliffs that drops straight towards the sea. 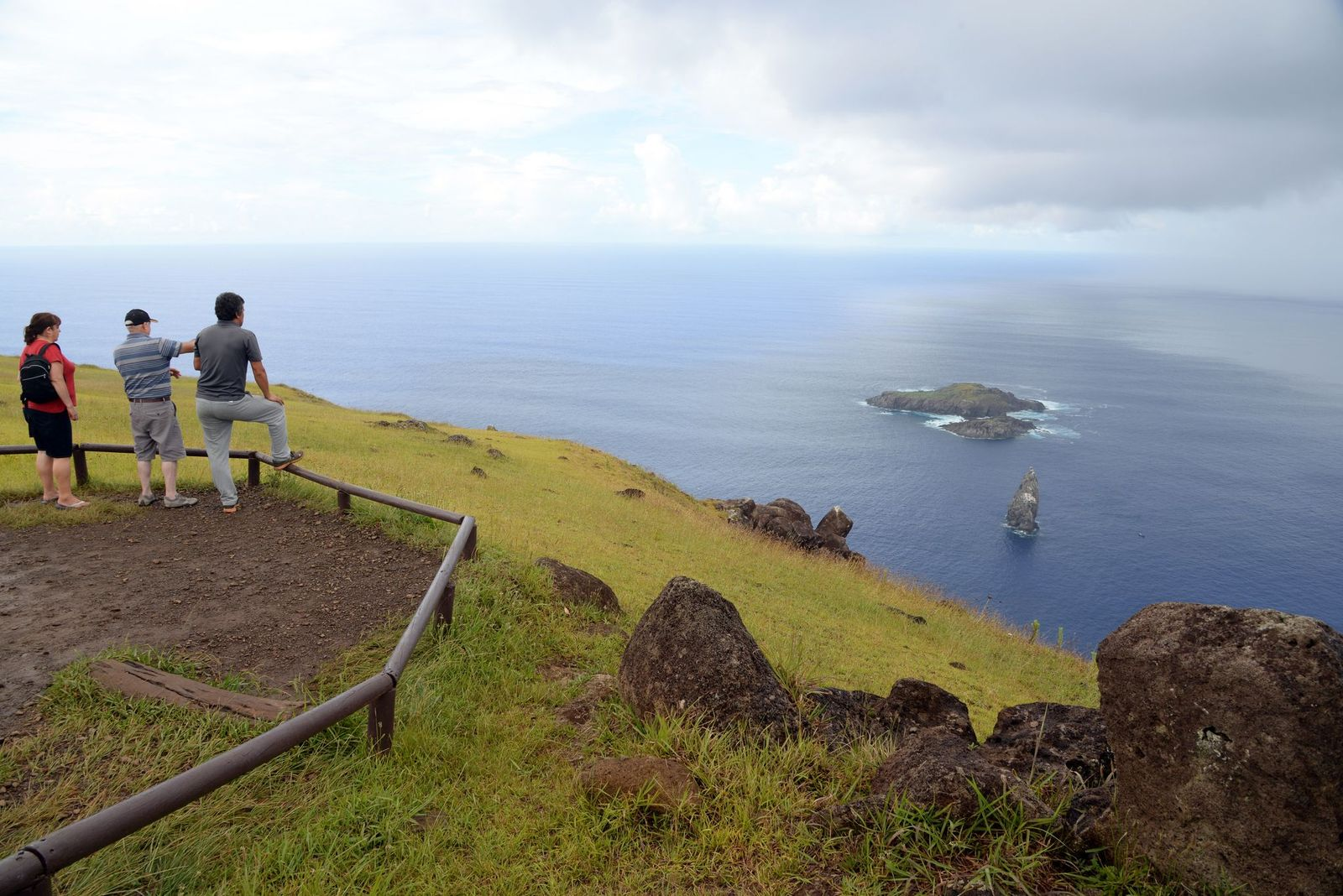 Motu Nui is a tiny, rocky islet just south of the main island and below the ceremonial village and the crater. Despite its size, it played an important role in the birdman culture and the history of the Orongo village. This was due to an abundance of Sooty tern. 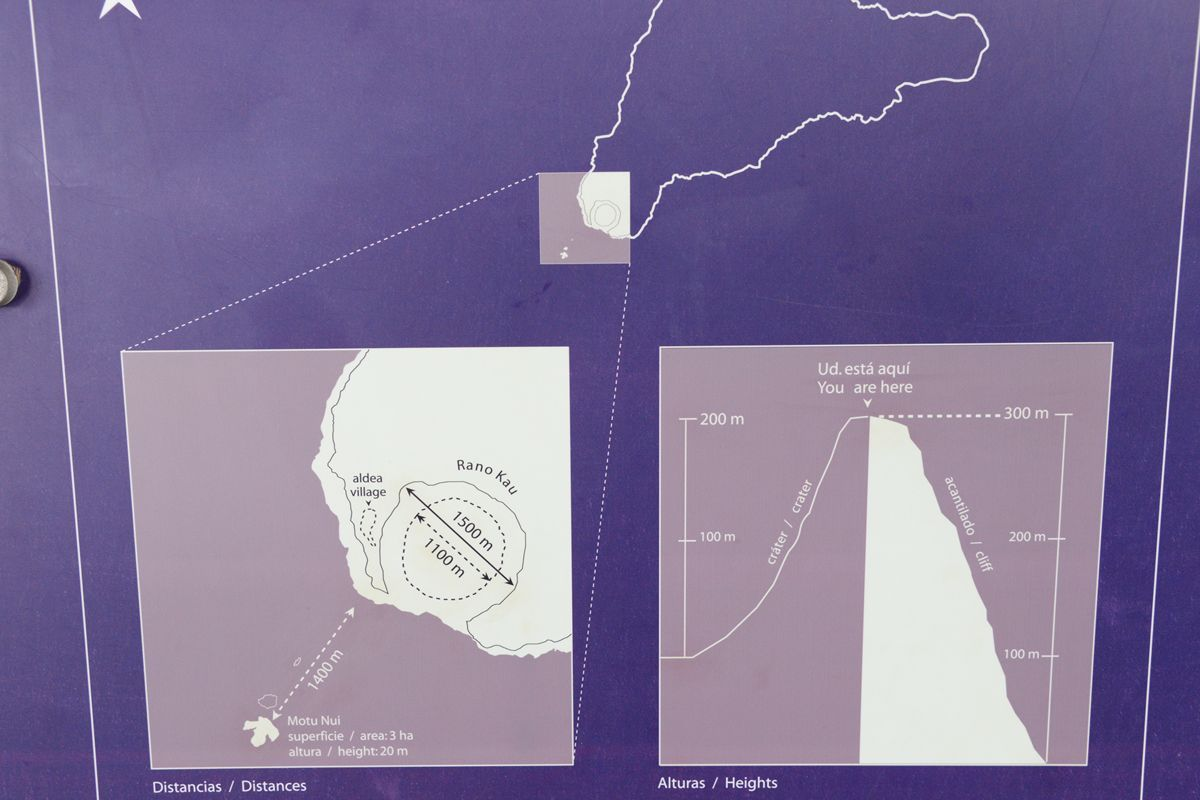 After buying the entrance ticket, it will be worthwhile taking a look at and read the information boards in the museum. They provide a good background for understanding the culture and the competition. 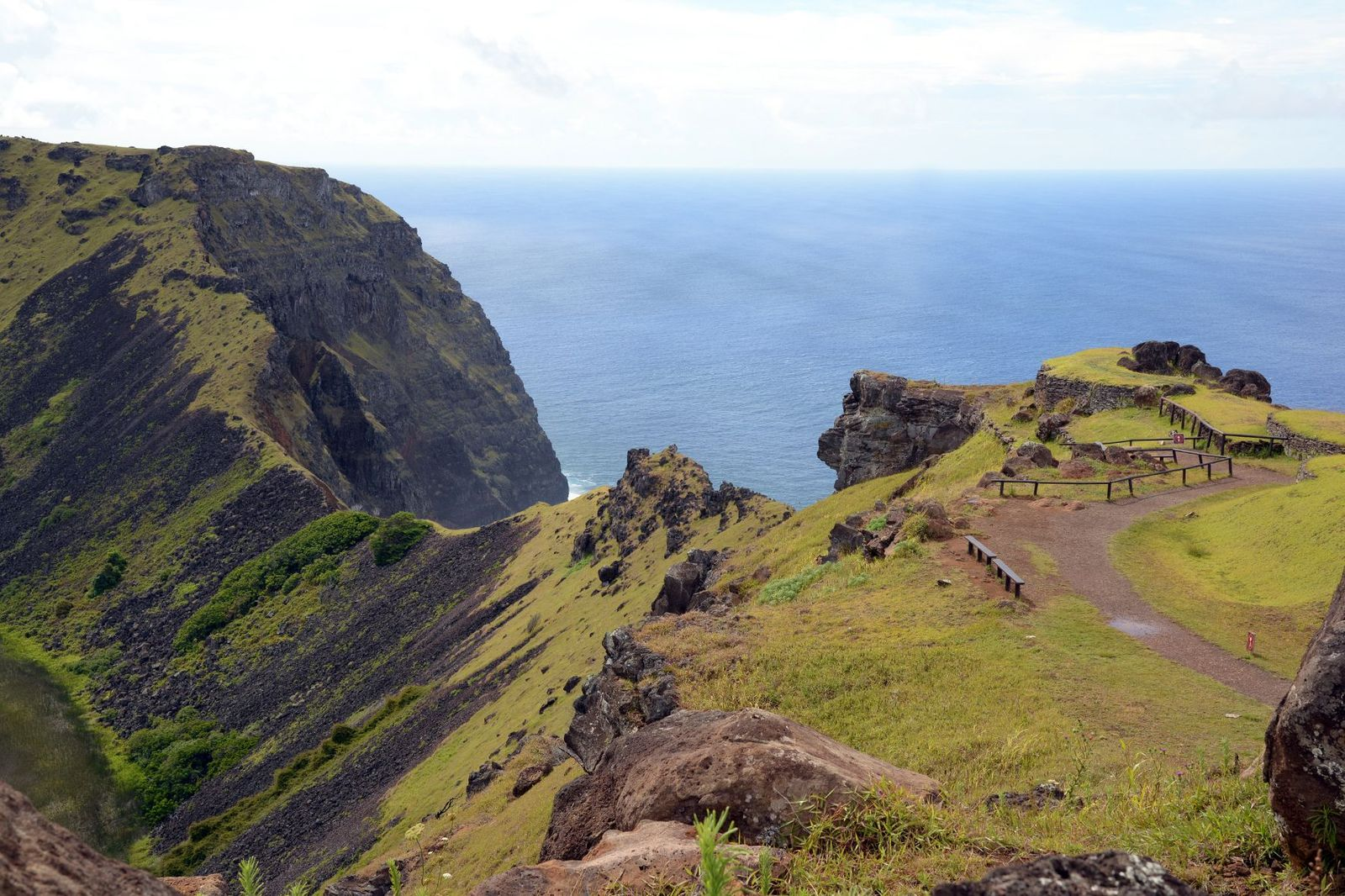 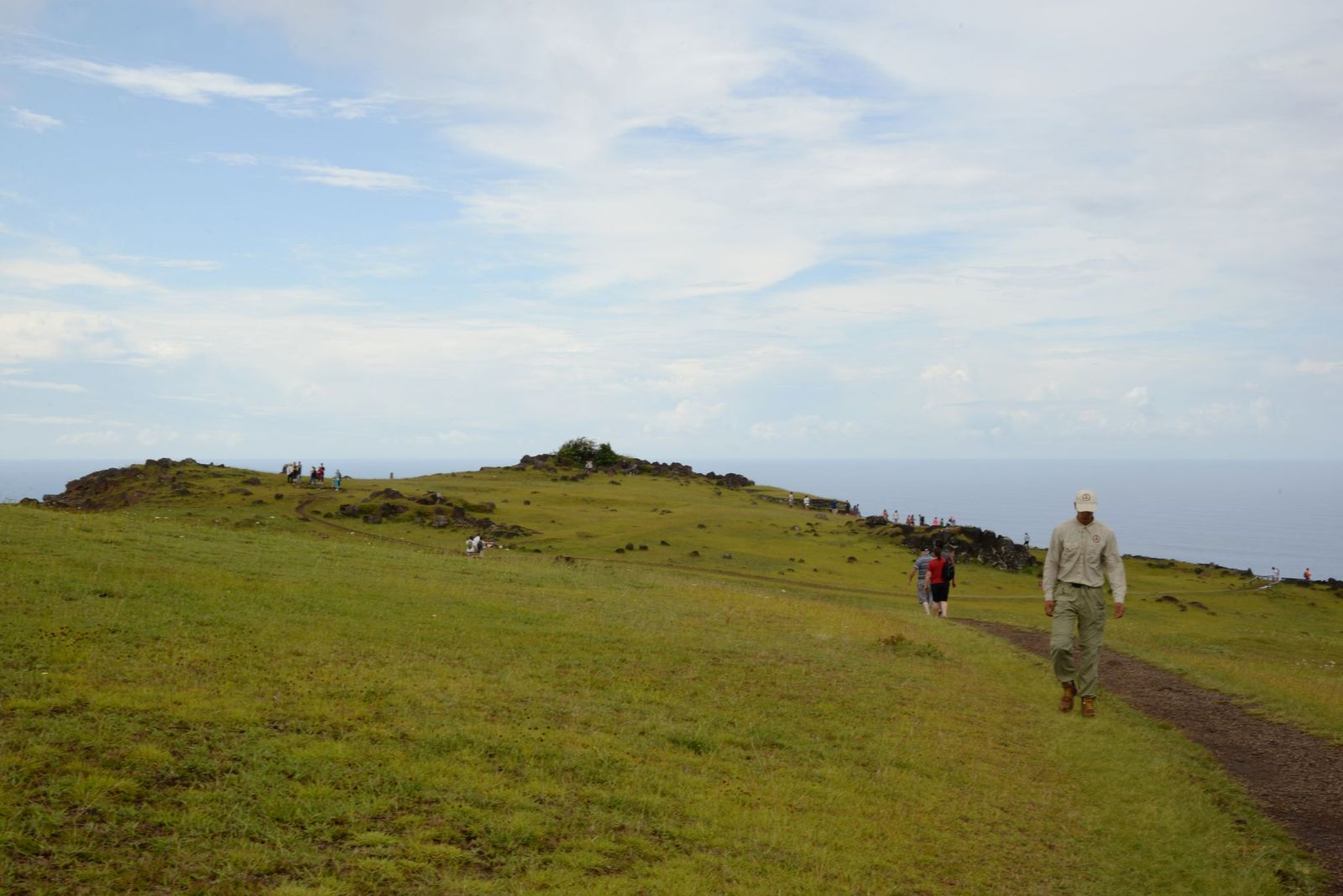 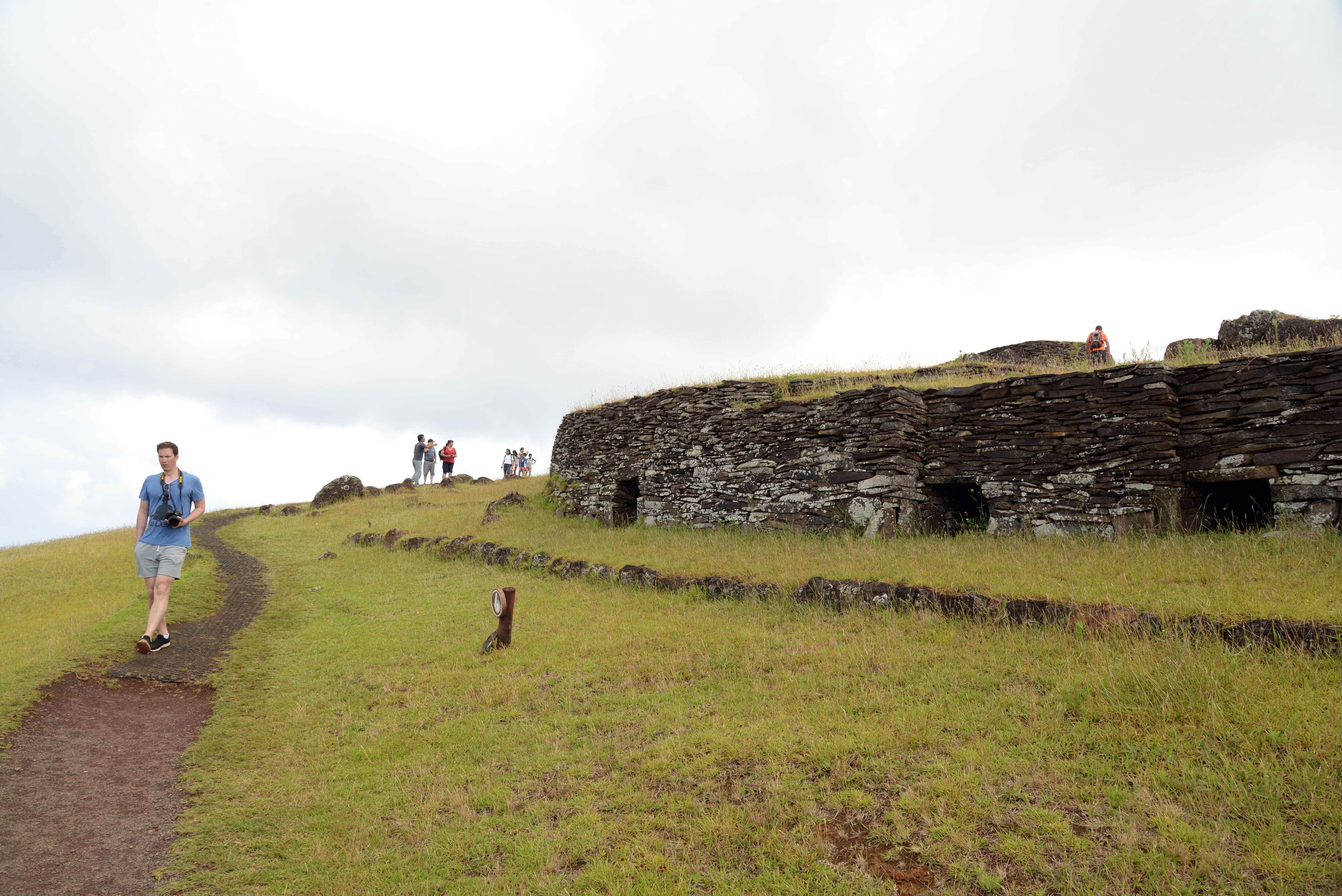 When they reached the islet, they took refuge in some of the 20 caves found there. The competiters would stay there for several days, waiting for the Sooty Terns to arrive and lay their eggs. When that first egg was found, they would swim back and the winner was announced. His chief would then be chosen to become the "tangata manu" which would last until the next year and a new competition. 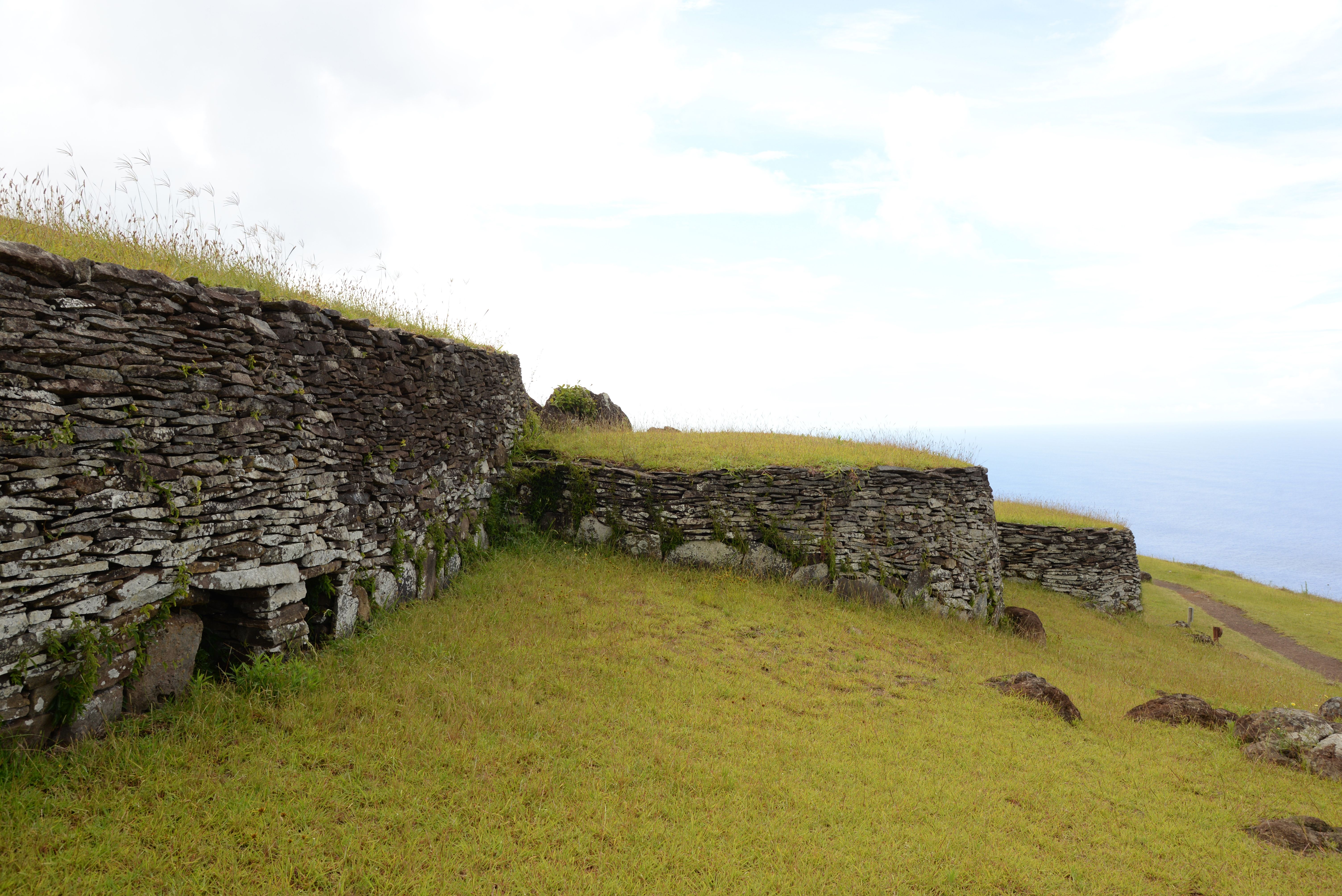 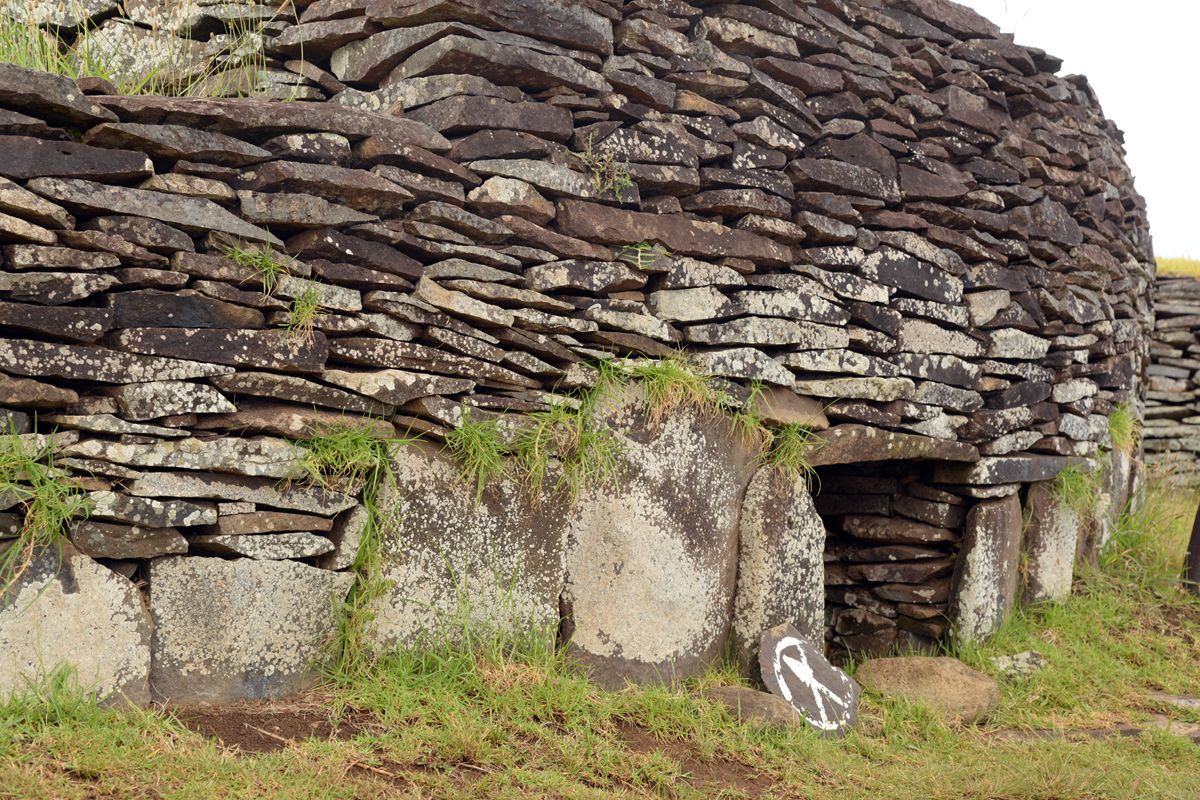 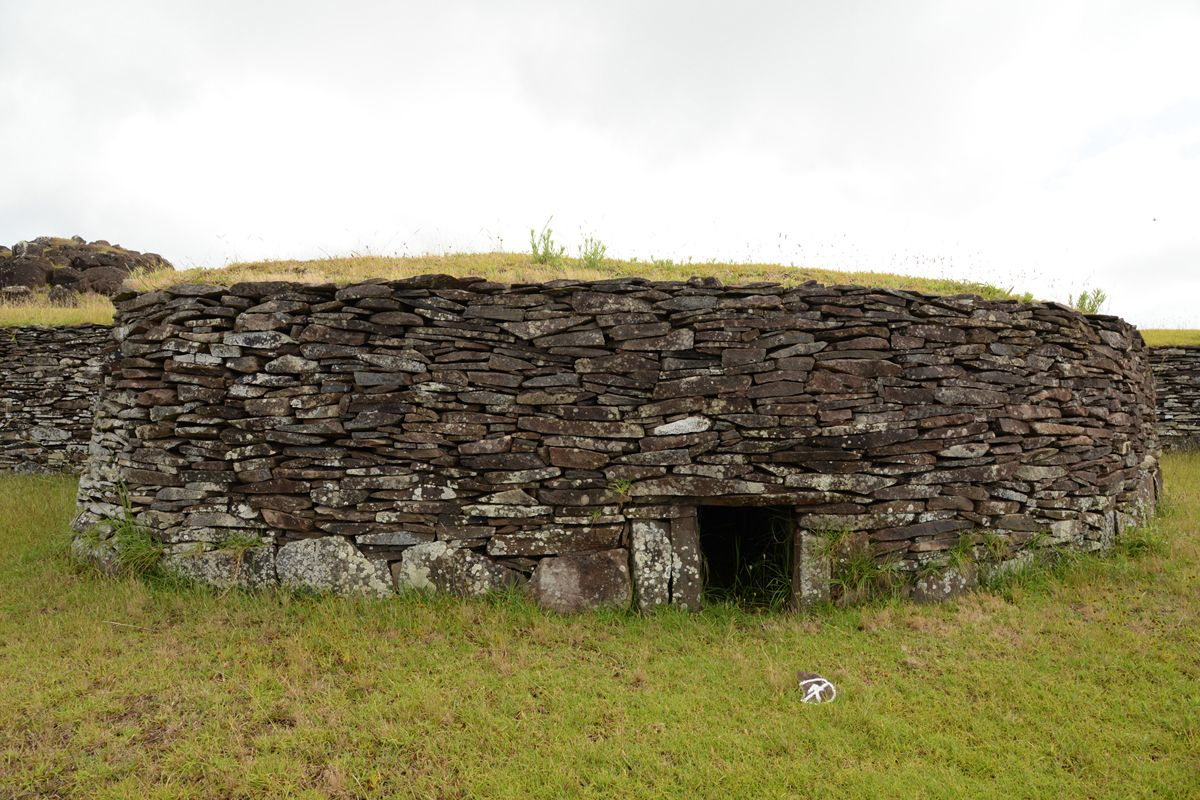 The houses in the village are belived to have been built around 1400 AD. They are quite small. So is the entrance. The men would have to crawl to get in and out. But then the houses were only used as shelter and for sleeping during the times when ceremonies were held here. When seeing how low they are, I don't think the men could stand upright in there. 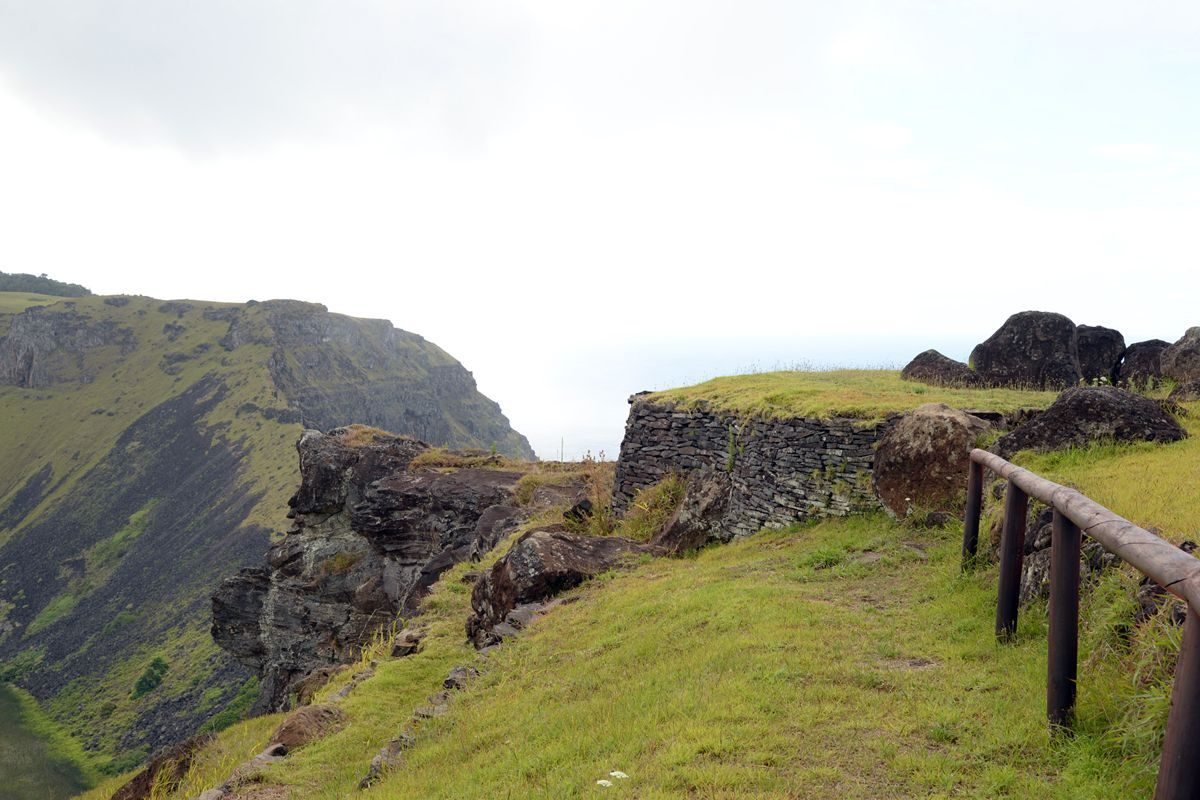 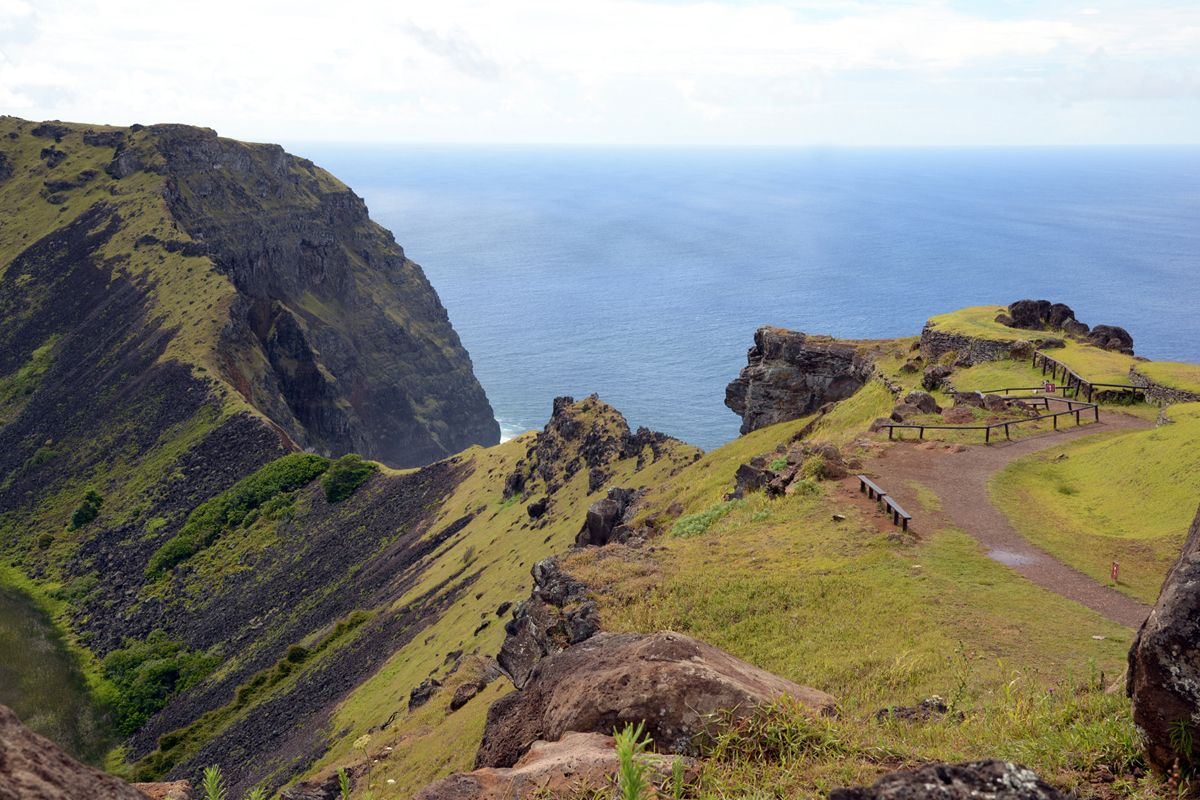 The last competion took place in 1867. It happend about the same time when many of the inhabitants were brought to Peru as slaves. But the islanders have another annual competetion that is still going on today during the Papati Rapa Nui festival. This is also an annual competion and seems to have replaced the old one. It's held during the first two weeks of February. The island's population is divided into two teams, led by a queen, who remains queen until next year's competition. Seems to me that the islanders do manage to keep alive their culture. An amazing place that shouldn't be missed if you happen to be in the neighborhood. Source: Information boards and the museum on site.

Hi there, @digi-me love these landscapes with the sea all so green they have all my favorite colors.

It was the first time I visited Easter Island, but I can tell you, it really is a facinating place. The landscape all over is very green.

Hi there, @digi-me these are the sort of places I love to see and visit :)

That story and that place is completely different from what we usually associate with the archaeological sites of Easter Island.

Hiya, @ybanezkim26 here, just swinging by to let you know that this post made it into our Top 3 in Daily Travel Digest #1240.

A breathtaking view. I think this place was became a favorite setting in a movie.

Yeah, it would make a great setting in a movie. Quite impressive in size and the fact we could stand on a narrow piece of land with the steep cliffs on one side.