Egypt – Saved from the rising water of Lake Nasser 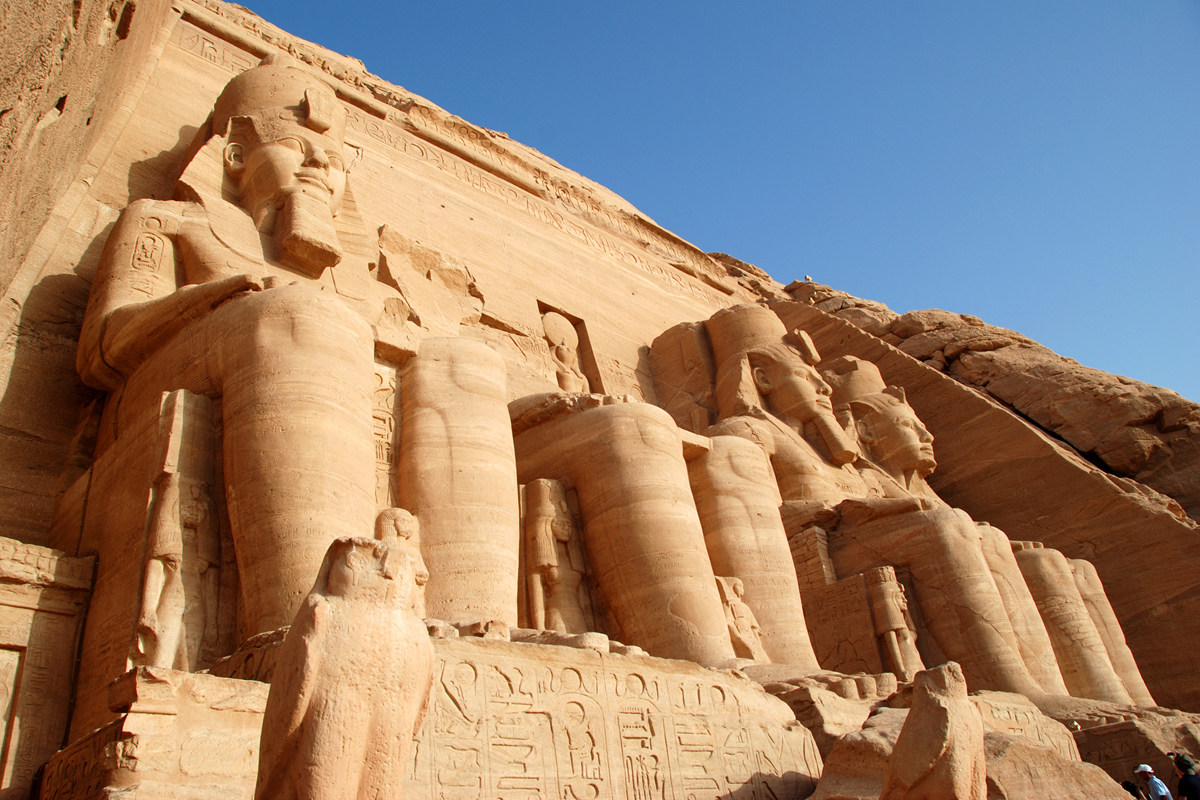 It's already some years since I was in Egypt. But a few weeks ago I came across an article with black and white photos from the UNESCO rescue operation to save the Abu Simbel temple from drowning in Lake Nasser. After reading the article, I found my own pictures and diary that helped me to remember how impressed I was when I was actually there. 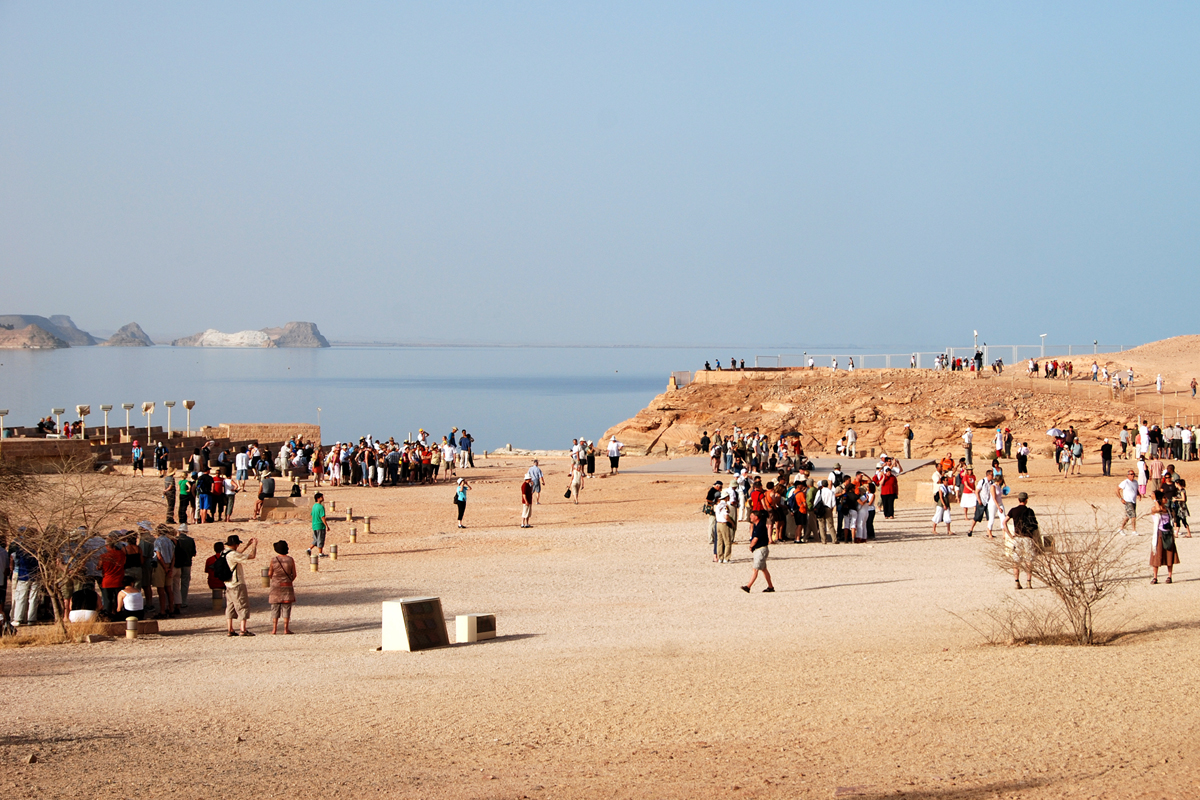 UNESCO's rescue plan in the 1960s must have been an impressive sight. The rising water of Lake Nasser was a threat to the temple, so it was decided to move it higher up in the terrain. The rescue operation led to 20,000 tonnes of rock being moved. In order to move them, they were divided into 1036 pieces, each weighing up to 30 tons each. Then they were transported a little further in and 64 m. higher up and built into an artificial mountain. 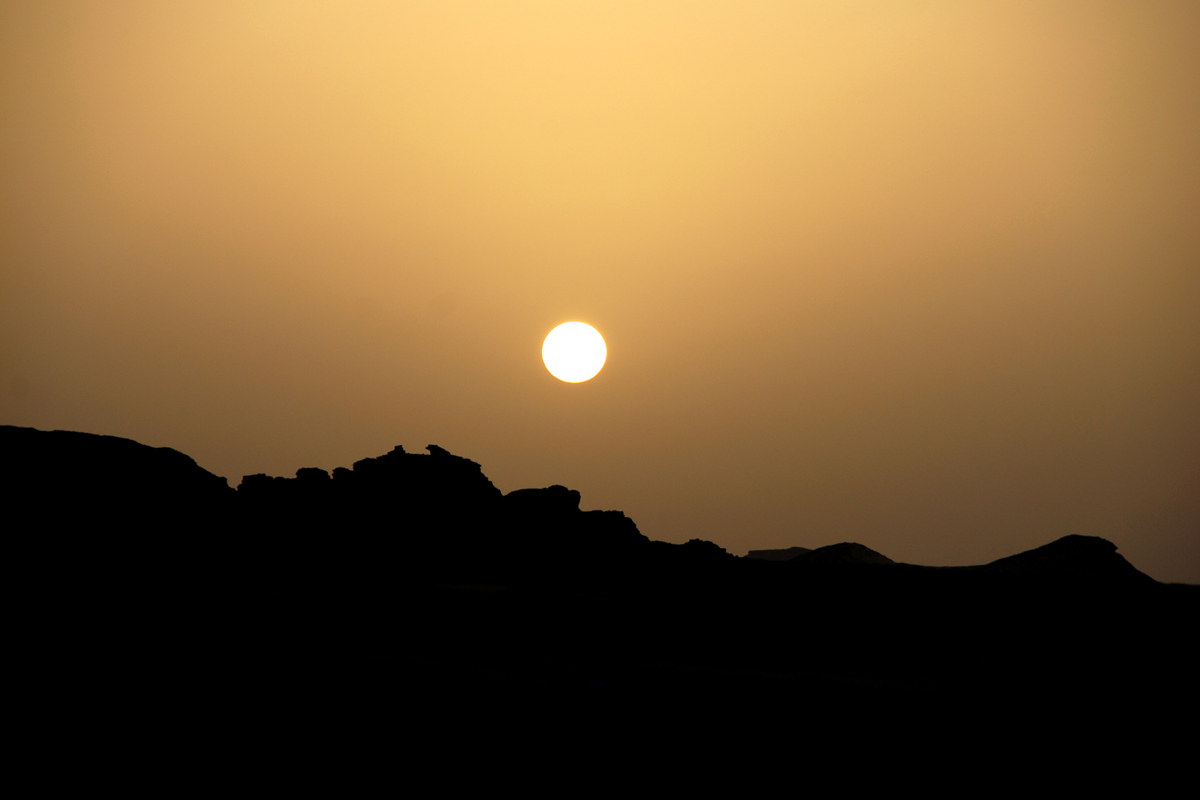 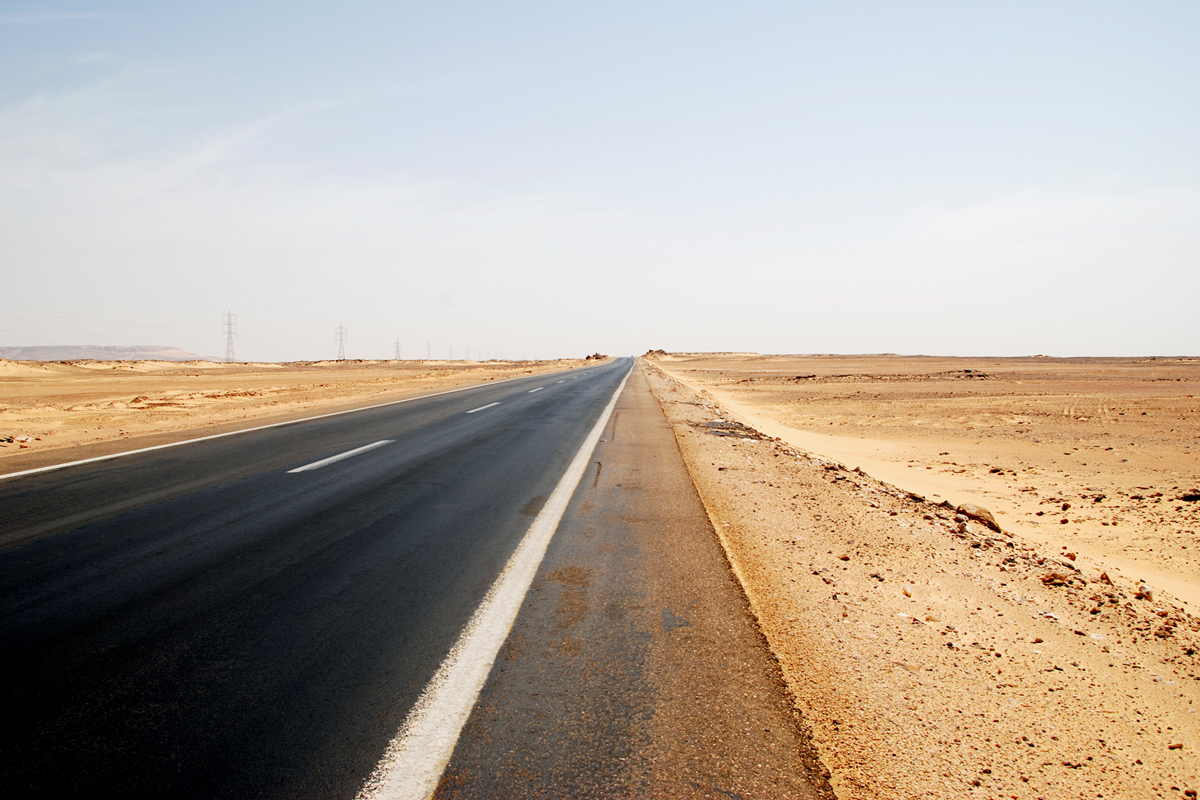 We stayed in the town of Aswan. Our hotel was located on an island in the Nile. From here we took a day trip to Abu Simbel. Because we stayed on an island and the distance to the temple was 280 kilometers, we had to get up at 04 to be able to be at the temple right after sunrise. We brought breakfast with us in a box so it could be eaten on the car trip. In the gloom and darkness of the night we were sailed over to the shore where a minibus were waiting to drive us for three hours. Sunrise in the desert and breakfast in the back seat was a good way to start the day. 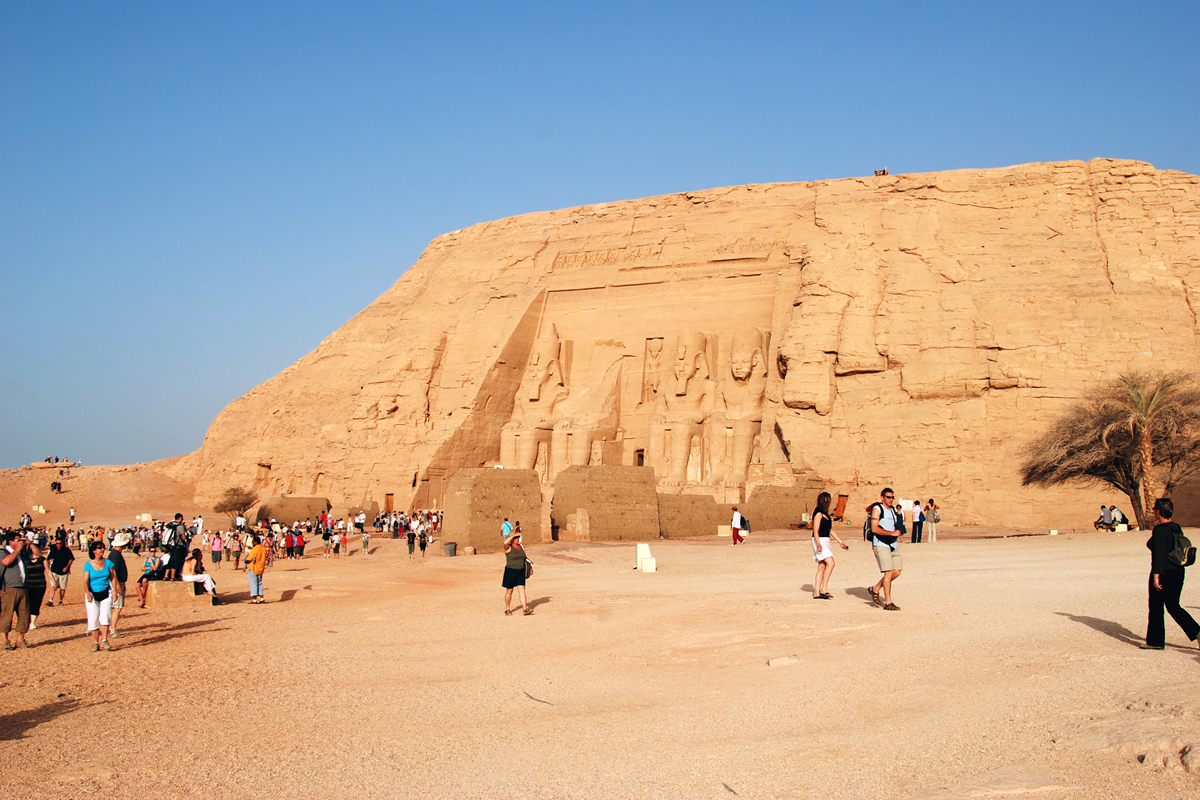 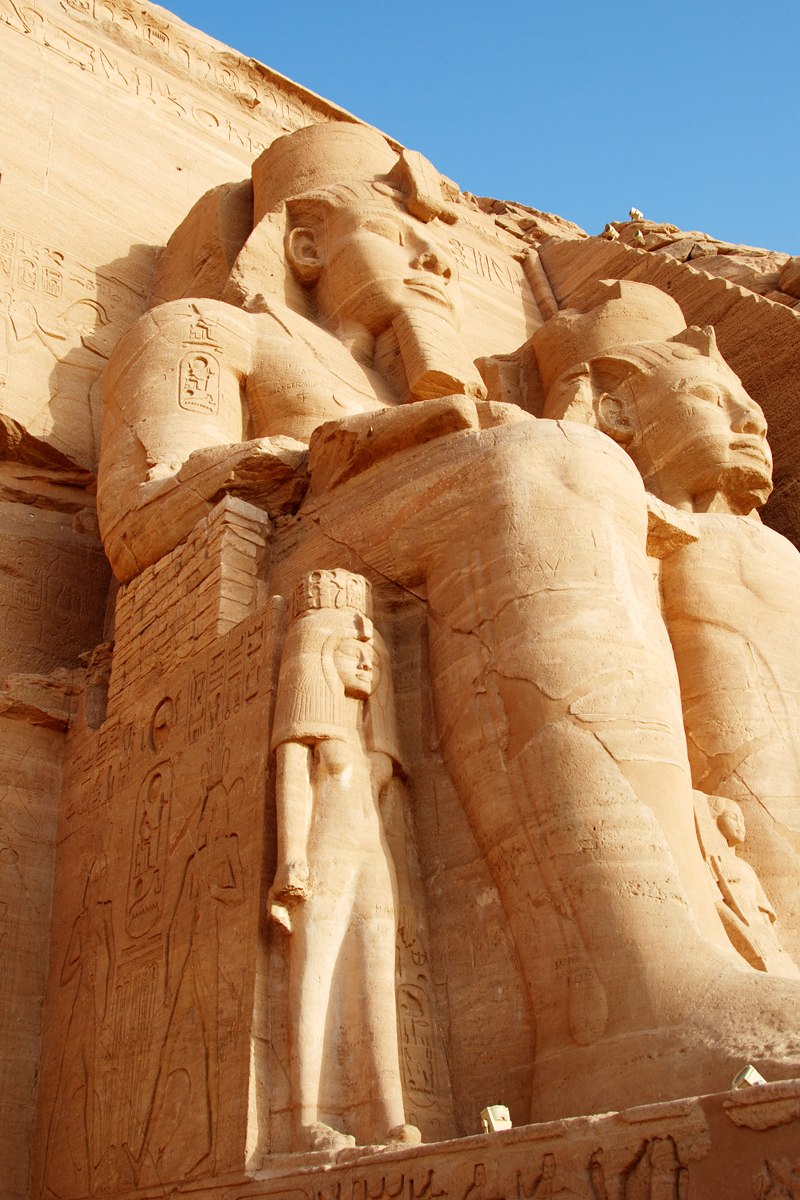 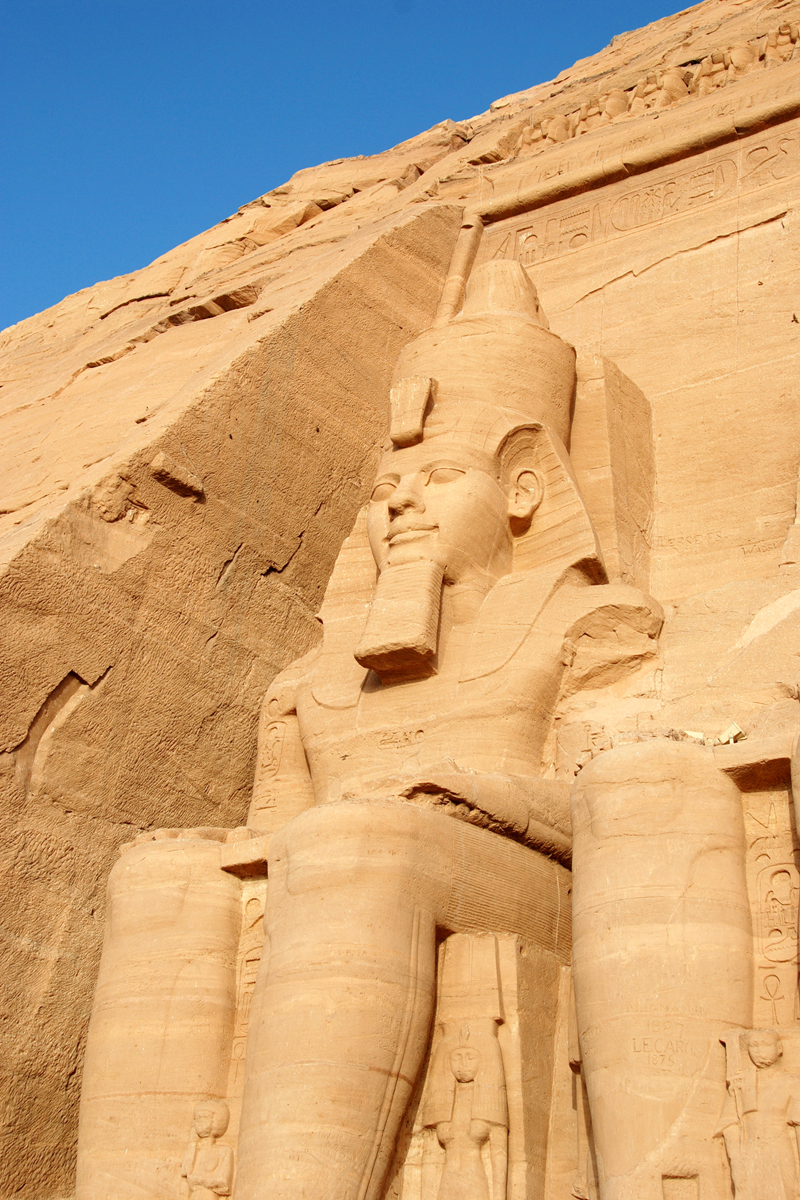 In the Upper Nube Valley, a desert region in Southern Egypt, the greatest and most powerful pharaoh Ramses II had two underground temples built in the 13th century B.C. They were originally built close to the river Nile. Aswan High Dam was built in 1898 – which means 3200 years later. The river started to rise in the 1950s and a second dam was constructed. That's when the temple was at risk. After the temple was moved bit by bit and reassembled, it is still facing the Nile, just like the original location. This task was completed after almost five years. 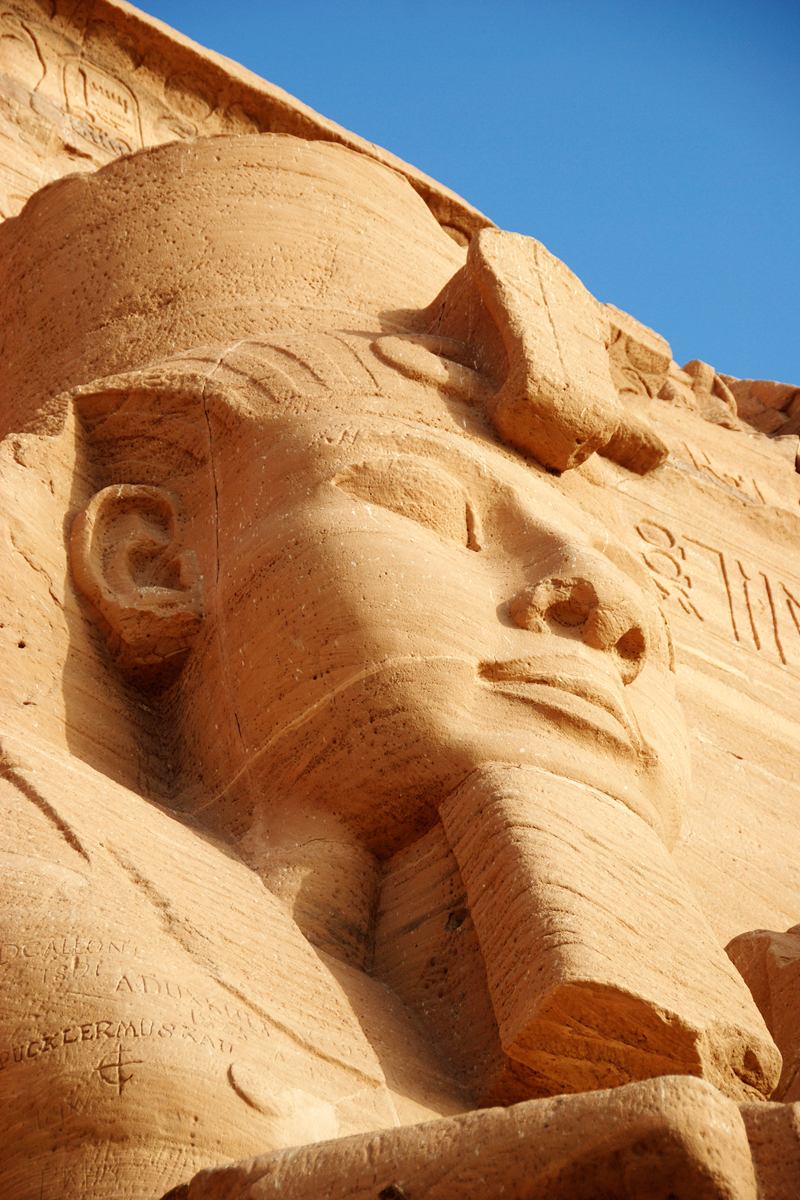 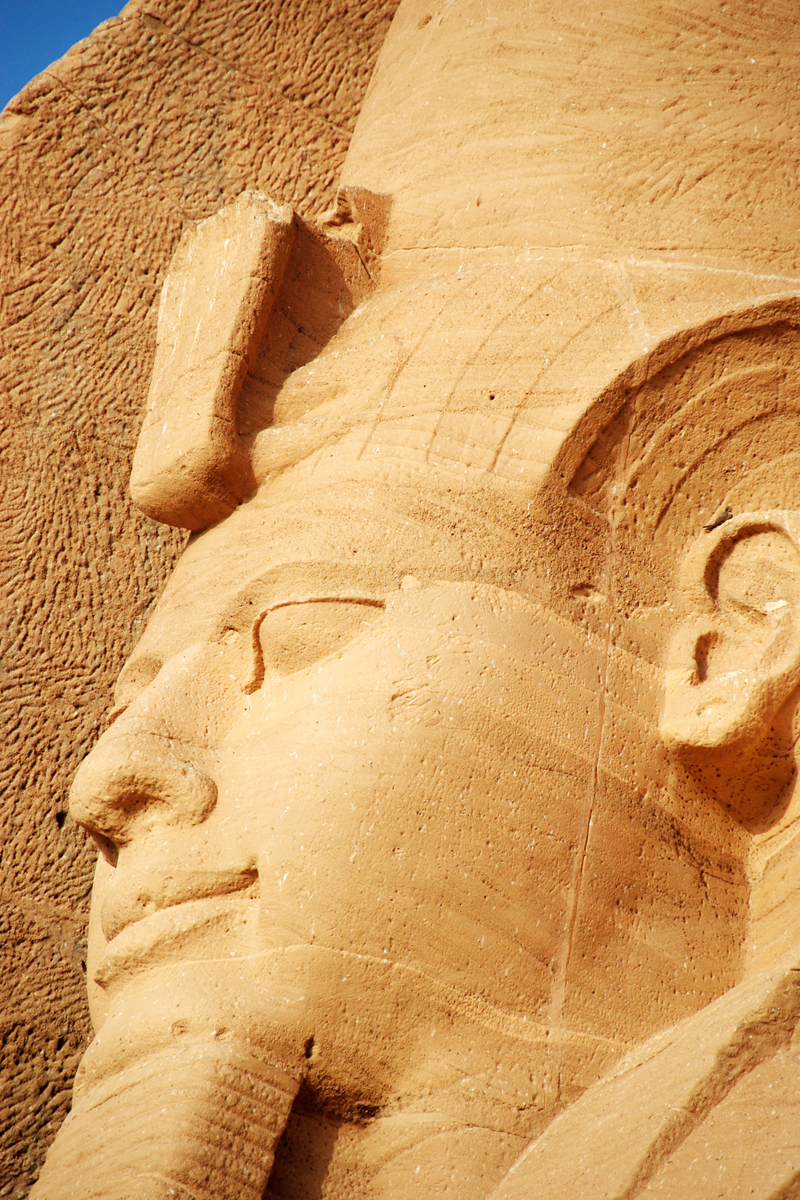 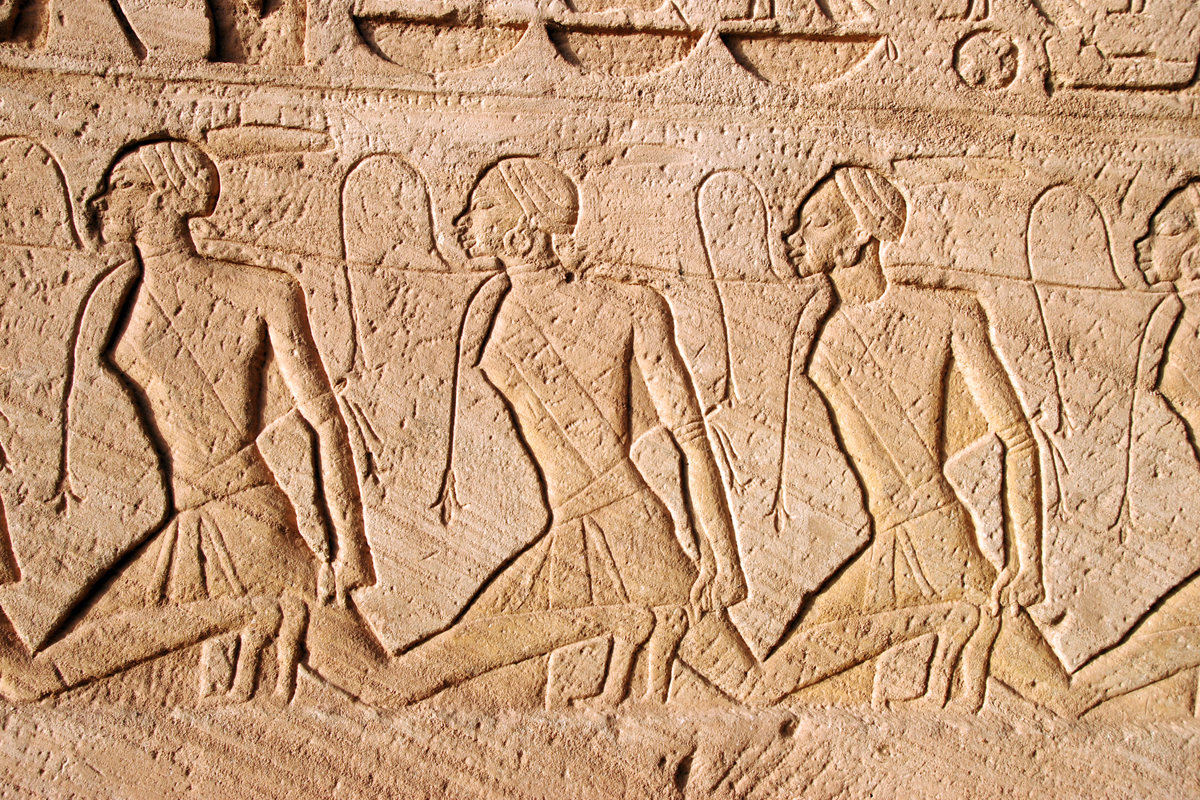 The reliefs at the entrance.
At the entrance there are four colossal statuef of Ramses II, directly cut into the rocks. Two 20 m. high statues on each side. There are also several statues of his queen Nefertiti. Although they are also large, they are small in relation to Ramses. They only reach his knee. Inside there are halls with exquisite carvings. On the close-up photos of the faces one can see the cuts that were made to make transportation possible. 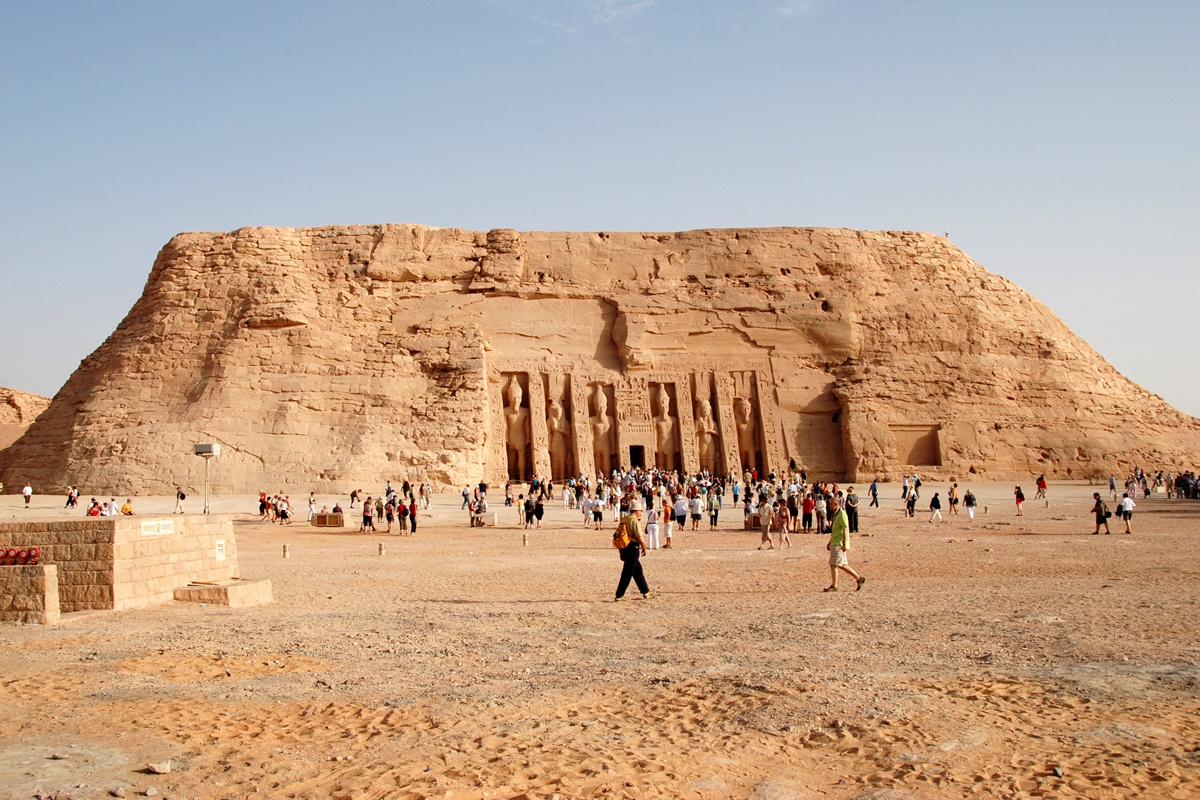 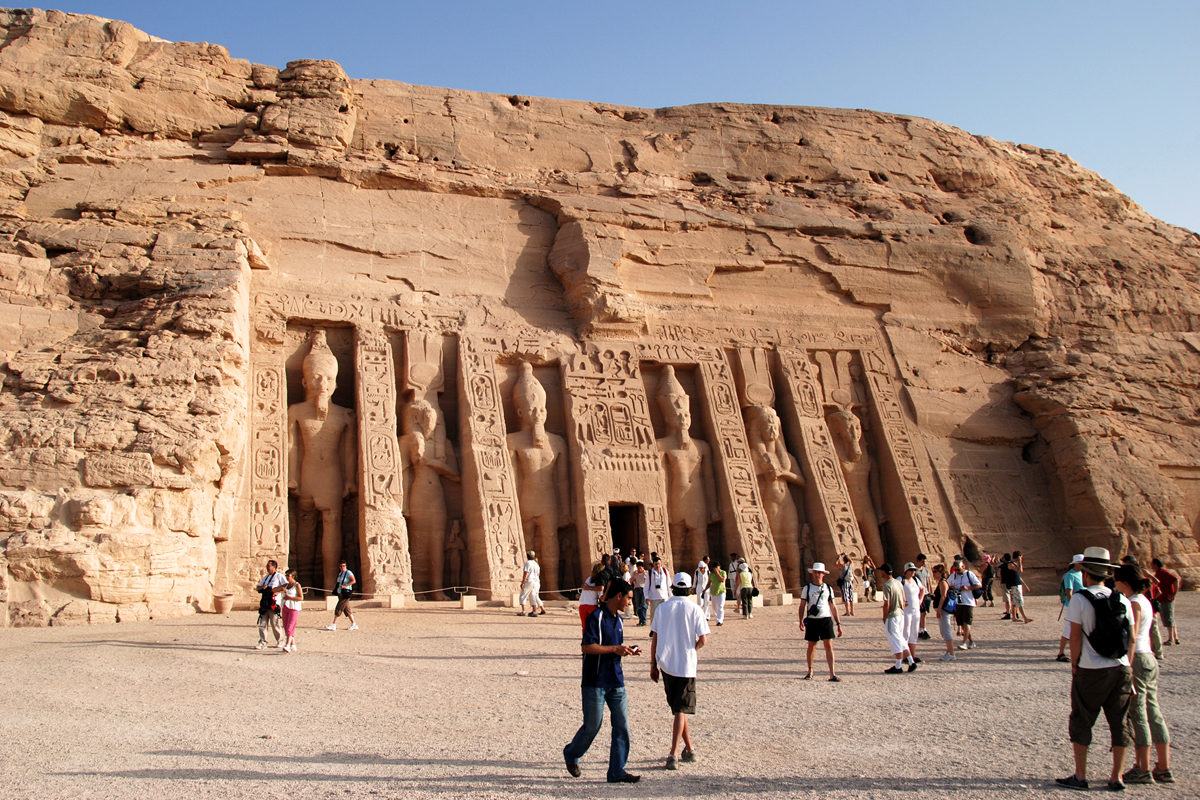 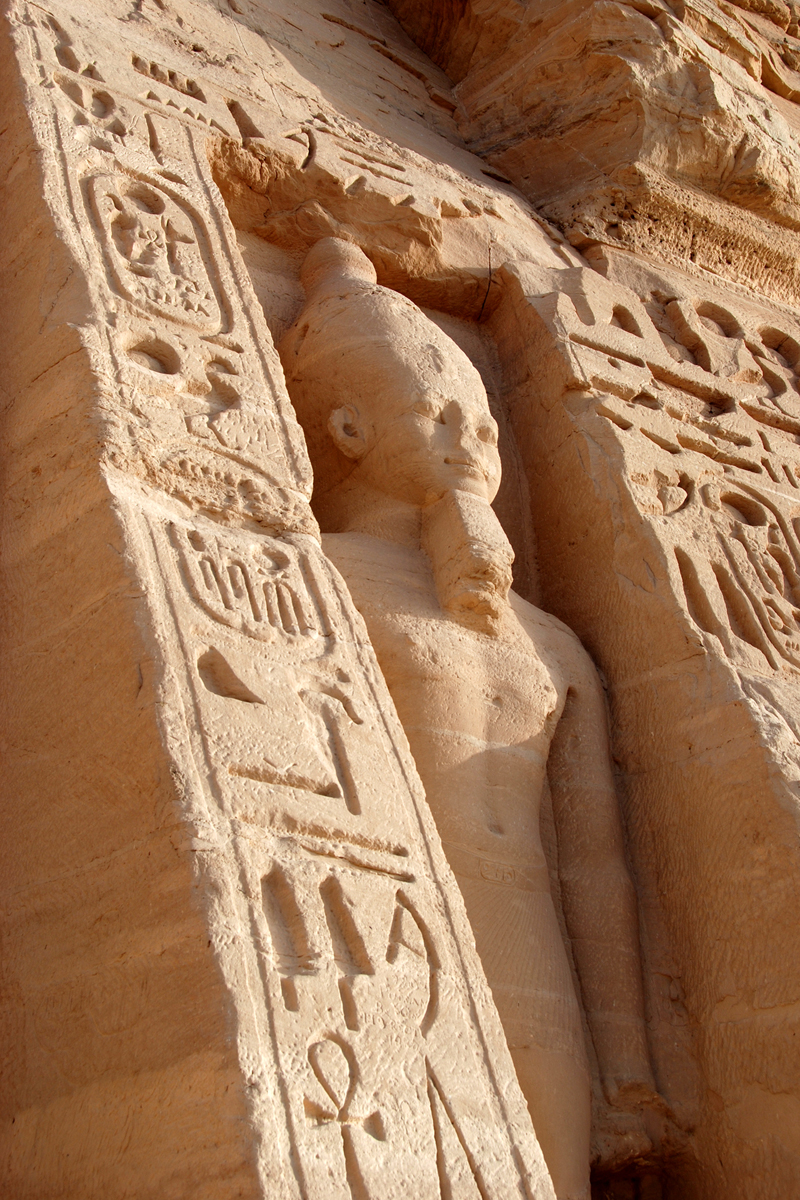 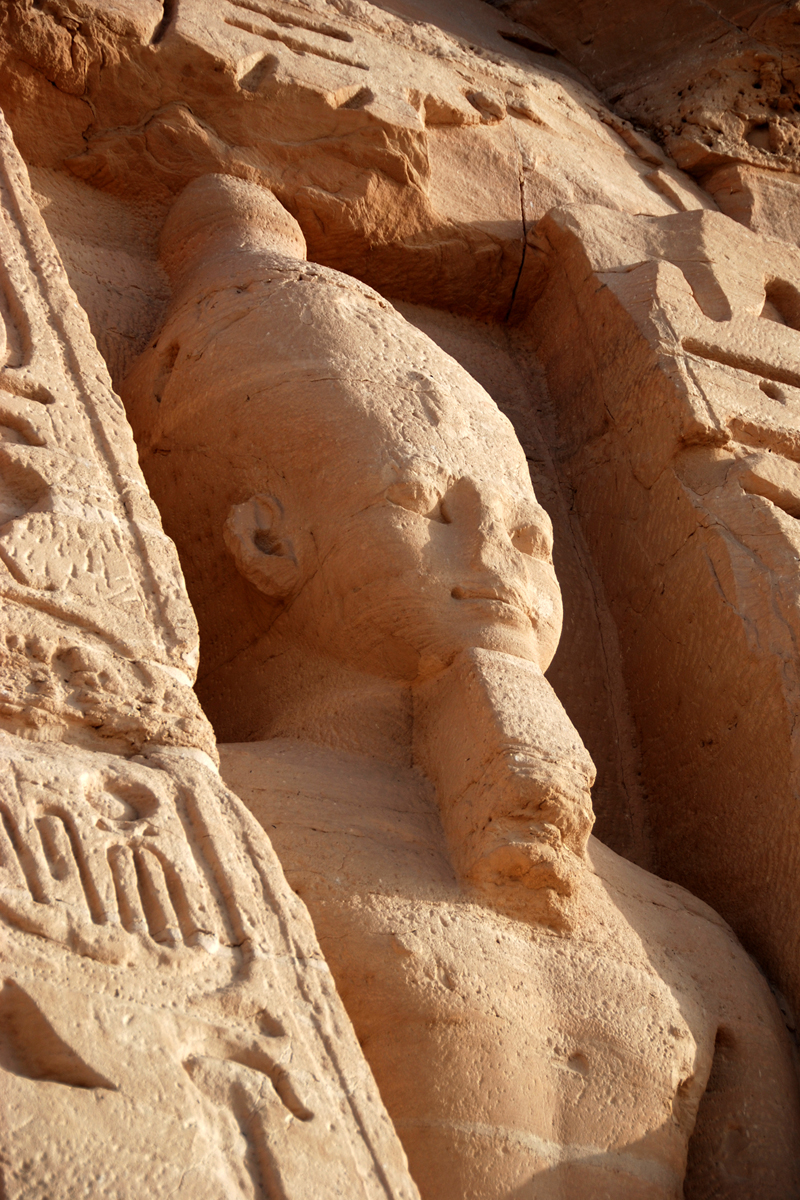 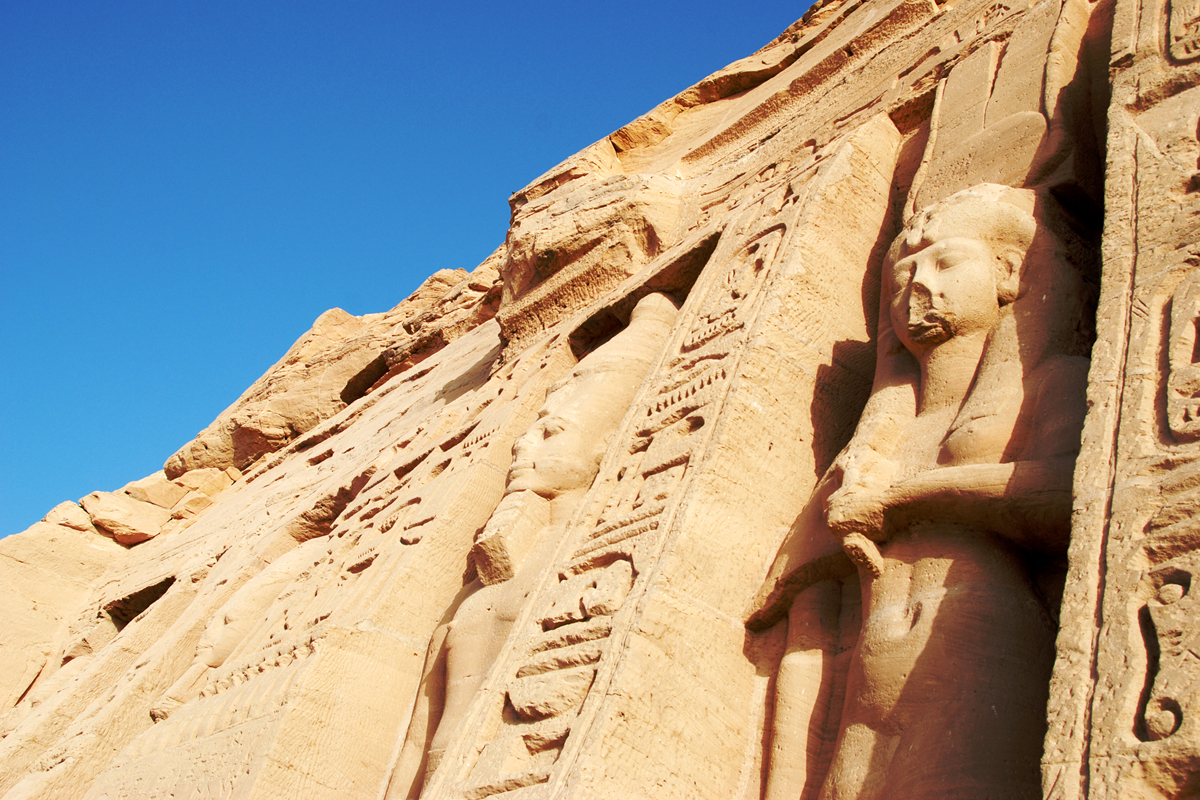 Ramses made sure that a temple was built that would be a memorial to his favorite wife, Nefertari. The two temples are located next to each other. Ramses II (c. 1303–1213 BC) was the most powerful pharaoh of the New Kingdom which was also the most powerful period of Ancient Egypt. 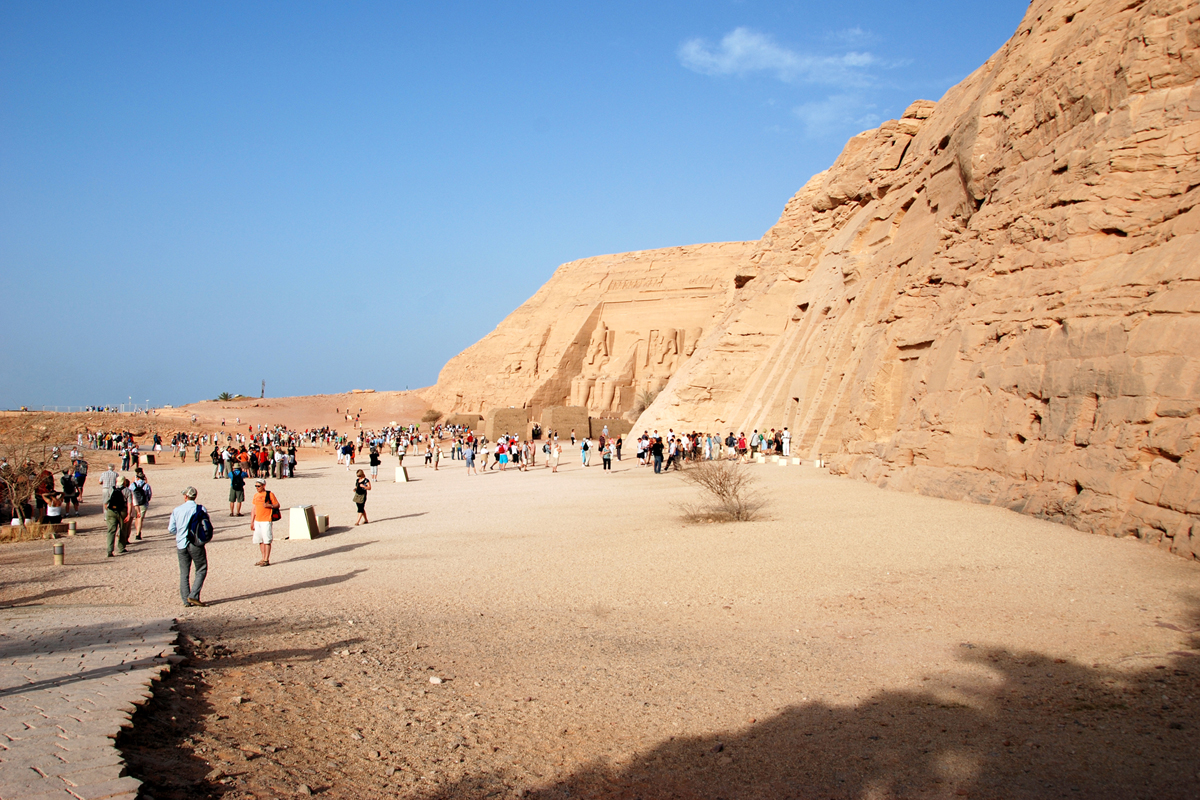 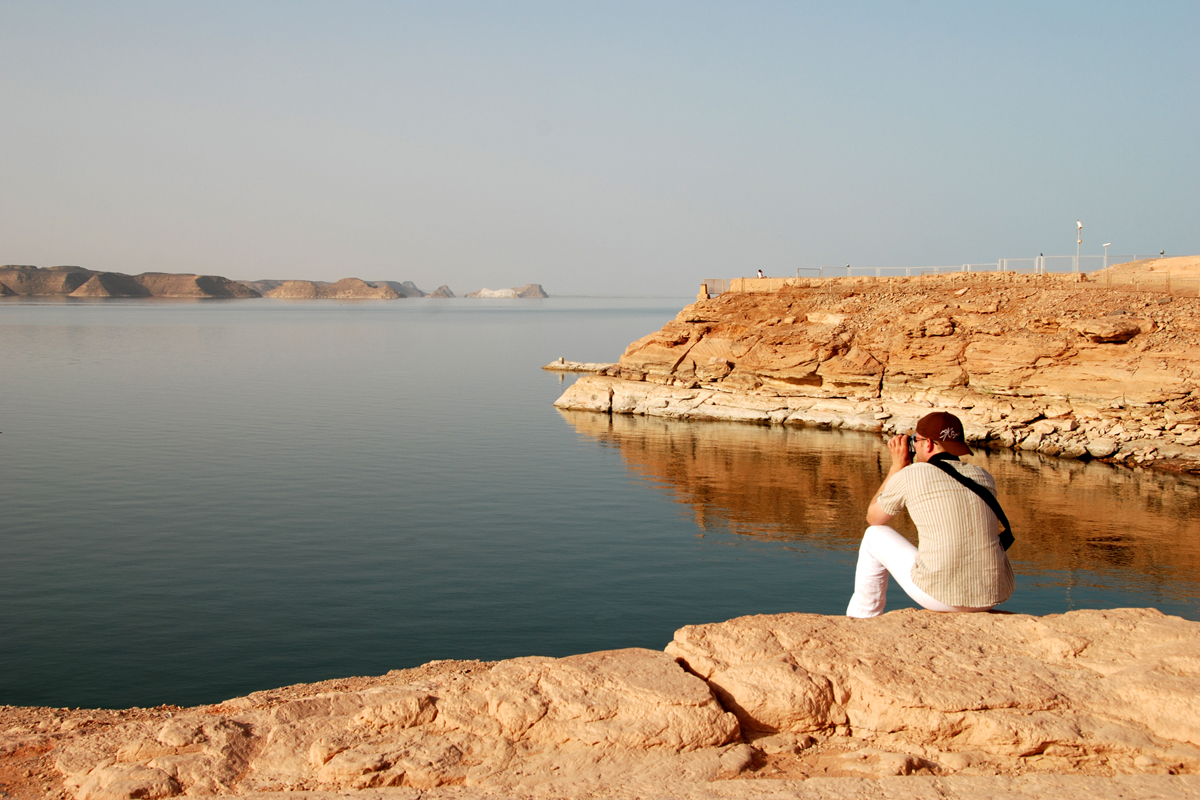 During his reign he built more monuments than any other king. Both the Karnak temple in Luxor and Abu Simbel are among the greatest wonders of Egypt. Our next destination was Luxor where we were to see much more of what he had built. 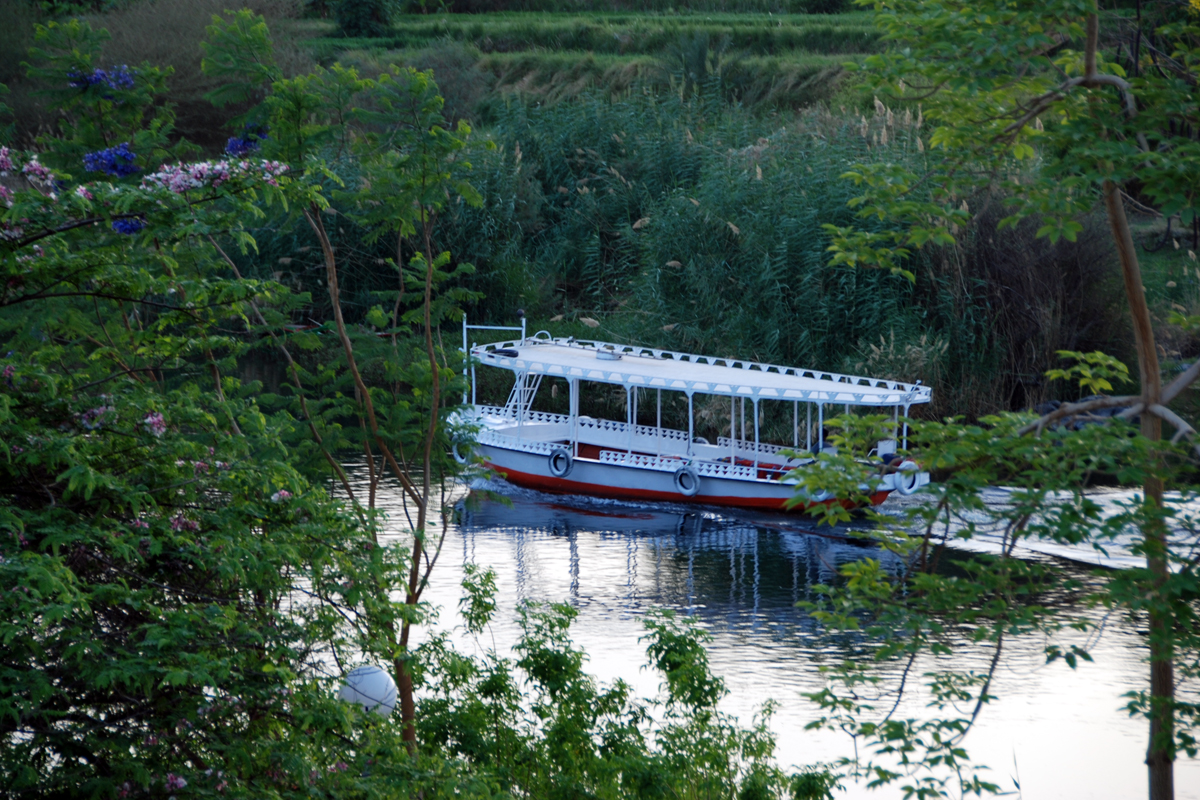 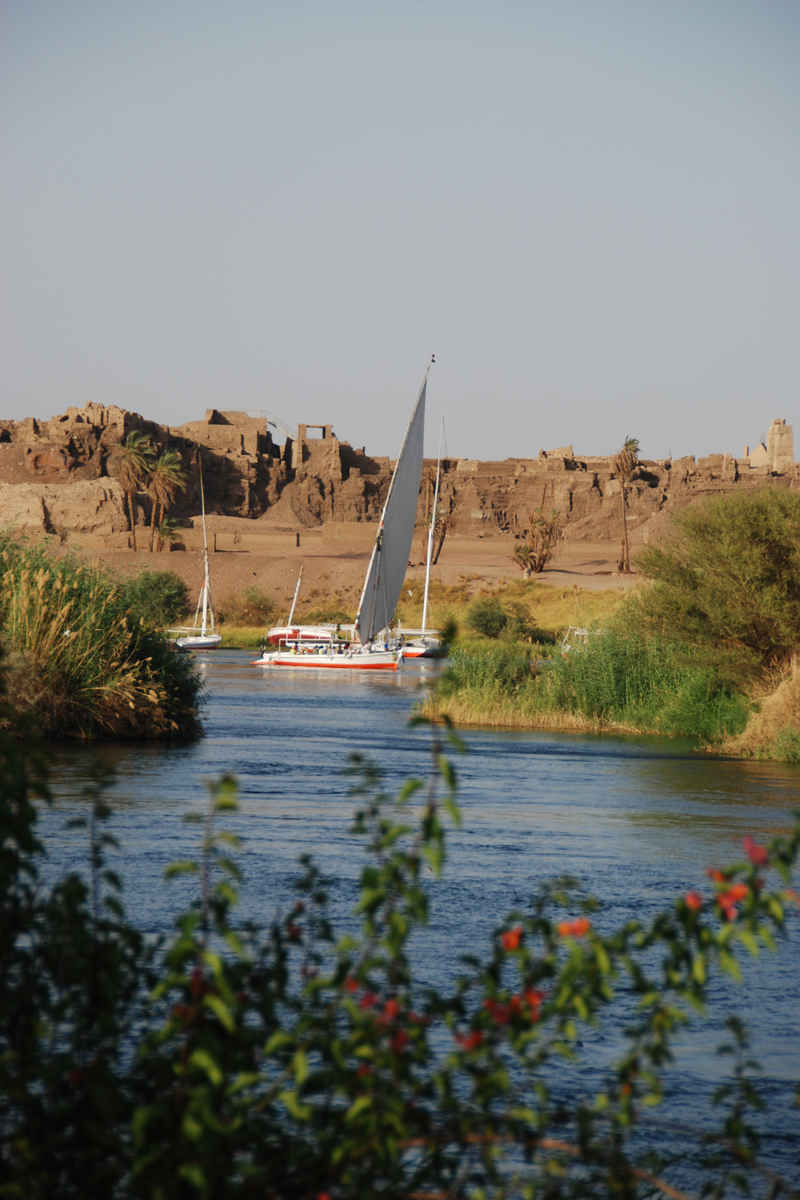 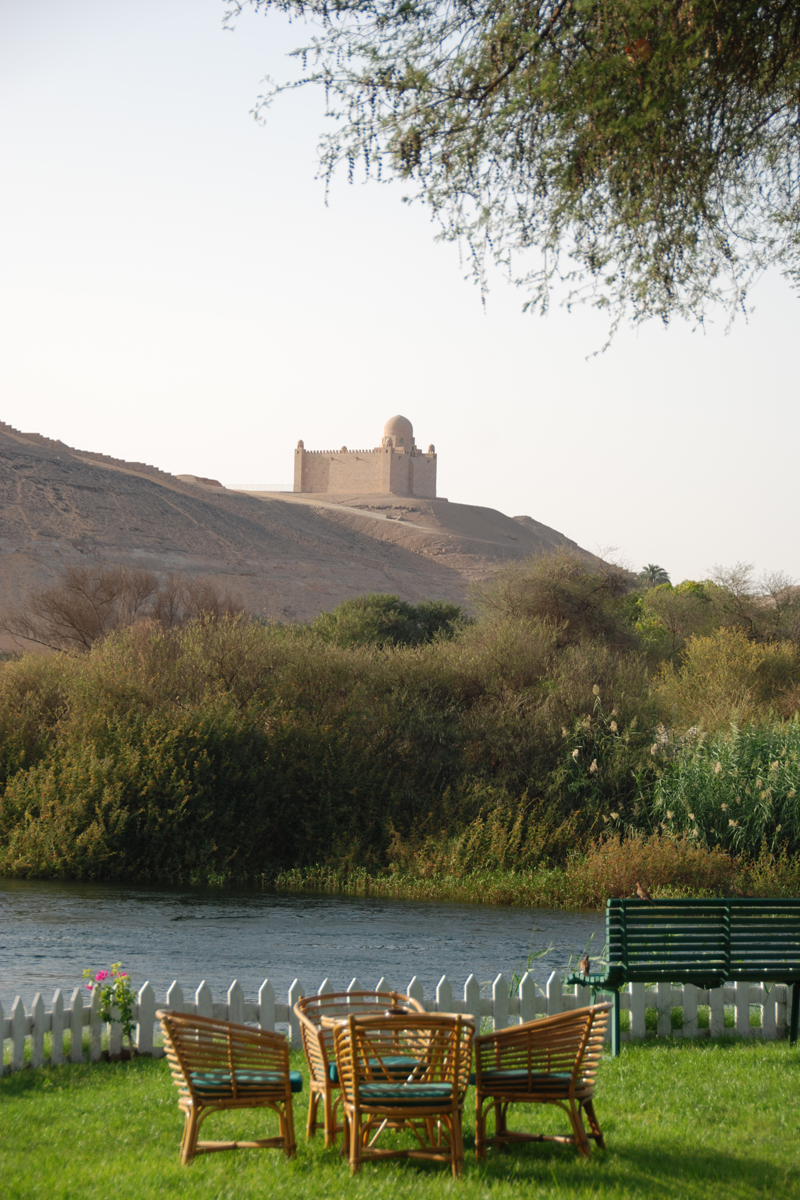 But before leaving for Luxor, we spent another afternoon at the hotel on an island in the Nile. A green oasis in the middle of the desert.

wow! what a great trip!

I have Egypt on my list and will use your tips to update it... great photos! congrats

The history and the temples of Egypt are very impressive. I went in May, which was very hot. It might be better to go in February / March..And make sure to stay several days in Luxor. When it comes to the hotel on the island, I don't remember the name. there are many islands in the Nile close to Aswan, but I think it must be on one of the smallest islands close to the western side of the river. On the last photo, taken from the hotel you can see the Aga Khan Mausoleum. So it must be a hotel on the closes island.

It would be awesome to visit the Abu Simbel temple in my life. Thank you for sharing 😍

You are wellcome :) Egypt has got such an long and rich history with so many temples.

What a wonder indeed... and look at that oasis in the middle of rhs desert!

Egypt is almost only desert, but along the shores of the Nile it's green and fertile.

yeah and its amazing

Hiya, @choogirl here, just swinging by to let you know that this post made it into our Top 3 in Daily Travel Digest #1373.