In this second post about my trip to Cumuruxatiba, Prado district, Bahia, I will talk about one of the most beautiful beaches on the coast of Cumuru: Barra do Cahy. If you haven't seen the first post about this destination, I suggest that you go back to it and read a little about the incredible cliffs of Cumuru.

But, back to the theme, Barra do Cahy is one of the beaches that most attracts tourists in the region. Despite this, it is possible to enjoy the beach and stay away from other people, as it is quite extensive. Common concern in times of pandemic.

How to Get to Barra do Cahy

There are two ways to get to Barra do Cahy, which is 16 km from the center of Cumuru. The simplest and most comfortable is by car, on a route with beautiful landscapes. However, it must be remembered that are no gas stations in the village (although some local residents sell fuel in their own homes) and that all trips must be well calculated. Thus, there is no risk of being stopped on the road for lack of gas.

The other way to get there (and the most amazing and fun) is by bicycle. You can go along the beach, feeling the wind on your face. You just need to be attentive to the movement of the tide, because in many stretches it is only possible to cycle through the sand when the tide is low. In this option, the distance drops to 14 km. 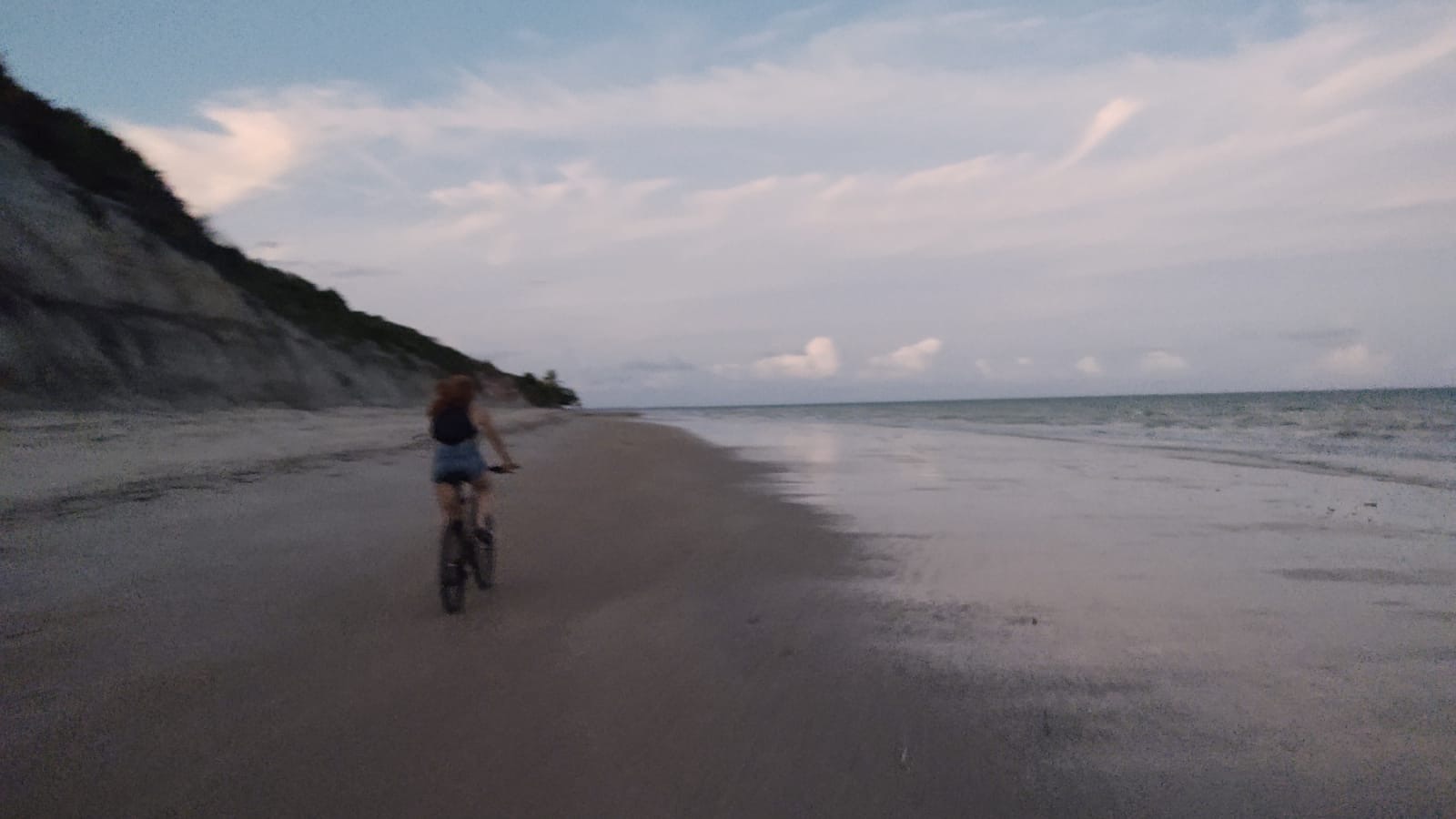 For those who like adventures, it is good to go prepared, as there is a section where you have to climb the cliff by a trail (Praia do Moreira) carrying the bicycle and go down again only at the next beach (Embassuaba). But the view will make up for the effort. From there, just keep pedaling to Barra do Cahy. 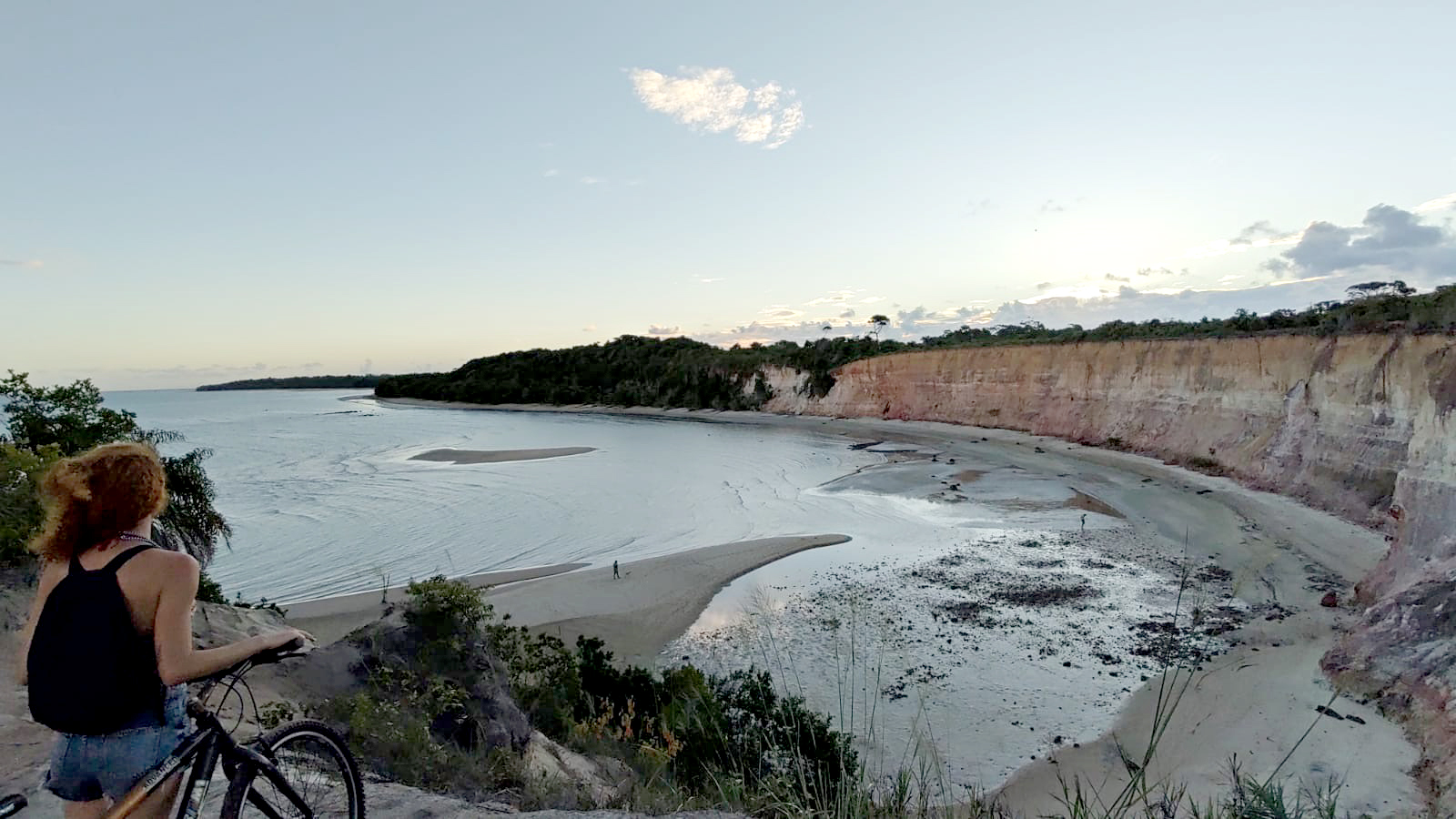 Barra do Cahy: the first beach in Brazil

Barra do Cahy received the title of the first beach in Brazil, for being considered by some researchers as the exact place where the Portuguese landed in the year 1500, the date of the "discovery" of these lands. After several studies made by historians, they concluded that the place described in the letter from Pero Vaz de Caminha, in 1500, is Barra do Cahy.

I mention the discovery in quotation marks, because before the arrival of the Portuguese, indigenous peoples already inhabited the region, living in perfect harmony with nature. Even today, descendants of these communities still inhabit the place.

From the sea of ​​Barra do Cahy it is possible to see part of Monte Pascoal, the first piece of land that Pedro Álvares Cabral would have seen in 1500. For some, it is exactly this view that proves the theory that Barra do Cahy was the first Brazil beach where the Portuguese arrived. However, because they found the place unsafe for the boats, they would have gone north, until they arrived in Porto Seguro (which can be translated as "safe harbor").

For those who like paradisiacal scenery, Barra do Cahy is a great tour option. It has thick and clear sands, as well as waters, cliffs and many coconut trees. But the main attraction of the beach, in my opinion, is the meeting of the sea with the Rio do Queimado. There is also a freshwater lagoon with a clayey bottom, which is very popular with visitors.

The beach has only one restaurant (and the prices are not cheap), so it is worth taking water and some snacks to eat during the day.

Sometimes I feel, at least for a moment, that I am part of the places I visit. Part of that land, that water. During the month that I spent in Cumuru, I visited Barra do Cahy three times and each time I felt connected to the place in different ways. The strongest experience was watching the full moon rise at sea, in a kind of private ritual of reconnecting with myself.

I hope you enjoyed to know a little more about Barra do Cahy.

Wow, these are some really nice seascape and landscape shots :) Although Brazil is the largest country in South America, it actually doesn´t get featured as often here on Hive as some other countries like Venezuela so it´s good to see such a lovely part of your amazing country here :) Keep up the great work.

I'm glad you liked the post. Brazil has incredible places, but in fact they are still scarce here in this community. I will try to contribute more. Thank you for the encouragement.

Beautiful post!!! You made me remember my backpacking trip through Brazil, although I was in Bahia, I didn't go to this place.

Cool! I'm glad that my post brought you good memories. Cumuruxatiba still has an atmosphere of a place unexplored by tourism compared to other Bahian destinations. @softhana

Congratulations @silviamaria! You have completed the following achievement on the Hive blockchain and have been rewarded with new badge(s) :

Hiya, @LivingUKTaiwan here, just swinging by to let you know that this post made it into our Top 3 in Daily Travel Digest #1124.