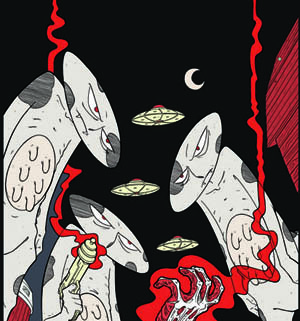 The Deluge and Comic-Con

The comic-con Chicago was 4 months ago? The whole pandemic really puts things in perspective in a way...life being a fleeting thing and all that. If I had known the world was going to come to a screeching halt immediately after that show...I would have defiantly been a bigger jerk to that guy next to me.

If it seems like I haven't written in awhile, well...I have and I haven't. First off, there was a couple months there were I was just barely hanging onto my sanity, and that's not a fantastic time to mass communicate. Also...there's been such a constant deluge of ever changing events and information, by the time I proofread a rant it's basically obsolete.

"well, that prediction already happened, It's only been an hour."

"Oy...none of this one matters anymore"

Writing jokes or insight lately has been like trying to read alphabet soup while someone is stirring it. Is antifa still in charge of part of Seattle? or has that ended...I don't even f*cking know. If that is all still going on maybe the governor should sent these two in there. 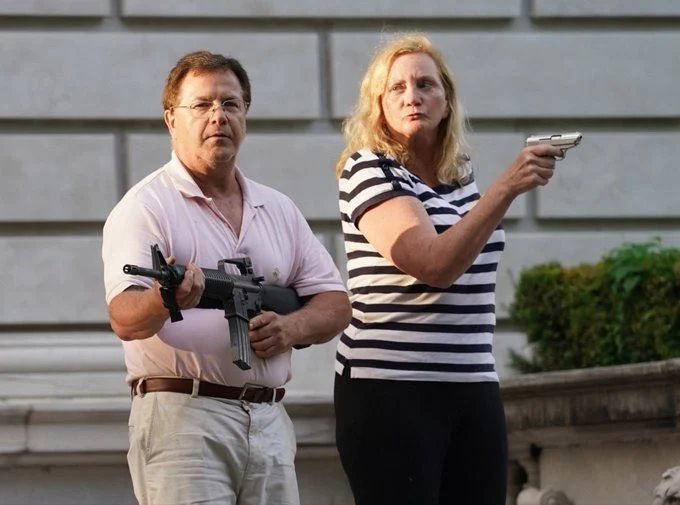 In case you've been smart enough to stay offa social media this week, here's what these two are all about. A mob of protesters, for some reason, decide to march through some rich gated community in St. Louis. They break through the iron gates and begin their march...and up jumps this couple locked and loaded.

and low and behold...not a single hedge row on their property was disturbed.

Alas the mighty antifa revolution, stymied and brought to a halt by some Karen and a guy I guarantee you has a preferred brand of car wax.

Oh, and by the way, it's a mortal certainty these two had sex like a couple of wild animals that night. So that horrific act, and the imagery, that's on you too antifa.

As I saw this story my first thought was, if it had gone bad how f*cking awesome it would have been to be the grim reaper ...and appear in front of some guy who was all black blocked up with combat boots and the whole baddass antifa look, who's breathing his last breath, and go " dude...you just got murdered by a guy who looks like he manages a Culver's"

...Is any of that still relevant or in the time between me hitting send and this email getting cycled have they been doxed and turned out to be human traffickers or something, making everything I just commented on the least interesting part of the whole story?

Anyways...normally this time of the year I am in the middle of a grueling deadline filled clusterf*ck in which I am preparing for Comic-Con International, the largest Comic-Con in the US with 160,000 attendees. THAT'S not happening this year. They are having some sort of...online Comic-Con...? 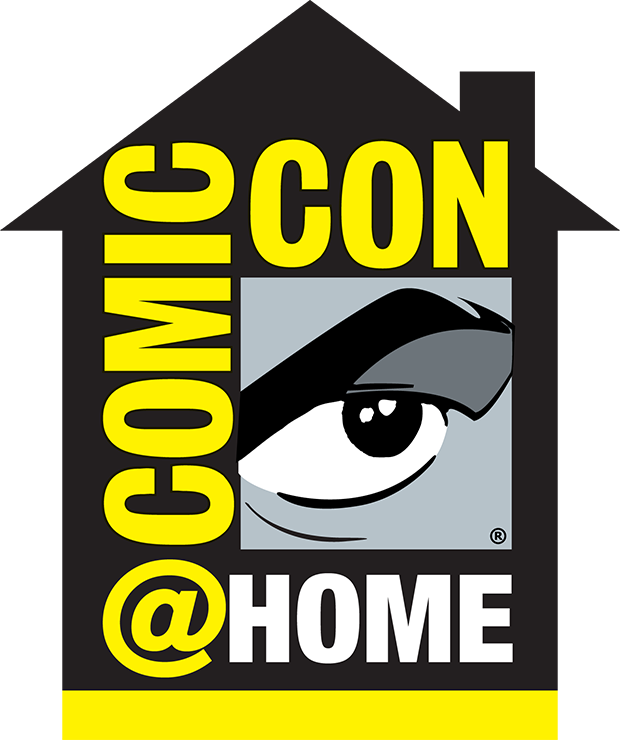 I don't know what that means or what the point is.

I saw the email, clicked the link to register or whatever...and my brain just refused to absorb or understand any of the information. I have...no idea what they are trying to do, or what I should be doing about it. I have until the tenth to get it together...anyone wanna place bets?

Seeing as how my entire life got screwed right in the ear...and it's now July, I supposed this thing here is as good an event as any to crawl my way back to being productive.

...an online Comic-Con. Hmm...uhm...wtf am I supposed to here. Imma go look at this site again, hold on.

Yeah...I dunno, I can't focus on any of that. That's a lot of paragraphs...f*cking three, at least. Back in March...I had an I.Q. that was legitimately a couple points away from being an actual genius, and had a reading comprehension level that was such that I could understand anything, from any field of study, at any level, as long as it was written in English. And here I am now...I can't get past the first three sentences of this press release.

There email was worse! I think that was almost an entire page.

You can list products I guess...maybe the Exhibitors all get some section on the Con's actual website? That seems unlikely. I should call them? "hey guys, I'm just coming out of emotional despondency, I'm as angry and disgusted at my fellow man as I have ever been and I've been like that for four months, and it looks like I'm going to miss about 75% of the revenue I usually make over the course of a year, so I'm having a little trouble focusing on your email explanation...could you maybe... send me some vodka through amazon? Do they ship booze?"

I guess I'd better think of something, wtf else am I gonna do with the 22 hours a day I am awake because I have unwittingly trained my mind and body to be up for 22 hours between the middle of June and the end of July, because I usually have to be in order to pull off exhibiting at this show?

Here are the other places to find me...they are fluid, inconstant, susceptible to the whims and shifts of the paradigm

I think we are all in some strange kind of limbo this year with little idea of what is going to happen next. At least people can still publish and read comics. Maybe we need something like the old setup people had where linked to a load of similar sites on their blog. So you could start off reading your favourite comic and then follow links to others you may not have seen before. Would that be something like roaming a comicon? All these people stuck at home are craving entertainment.

We have a good few comics on Hive from @katharsisdrill, @drwatson, @sidekickmatt, @northwestnomad, @coppercoins / @kommienezuspadt, @bryan-imhoff and many others. A virtual Hive comicon would be cool.