How Rick Sanchez and the Joker Live in a Society 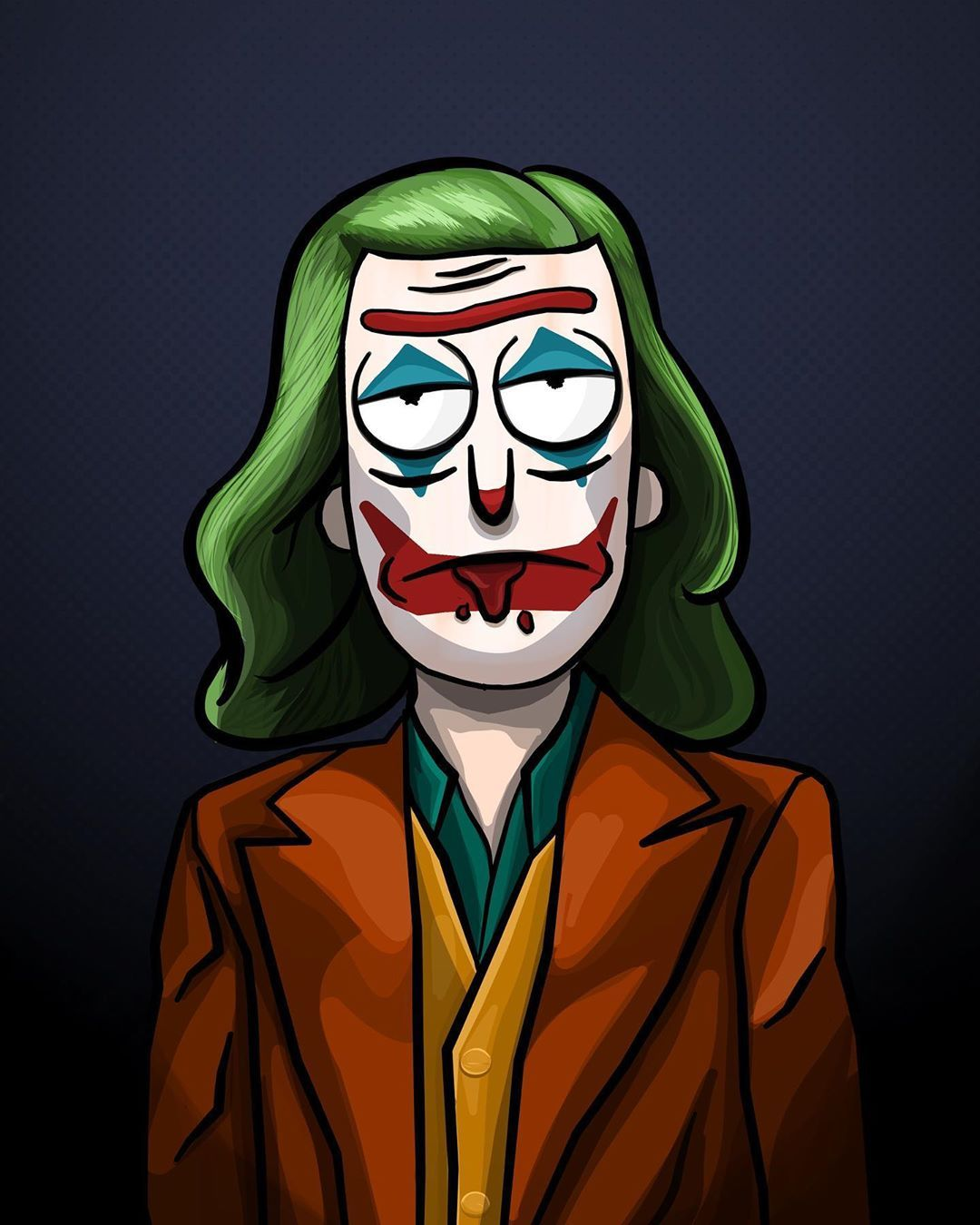 I will be starting and ending this post with the same episode of Rick and Morty, that is episode 7 of season 3: The Ricklantis Mixup. In this episode we see a society, where poverty and inequality prevails, unique people doing jobs way below their abilities all in the name of growing a prosper society. That society has hateful people educating it, corrupt police restraining it, and dirty politicians and business men controlling it. So.... how do we escape it?

Well before we answer that we have to switch our attention to the most outcast of them all:

The Joker: The Joaquin Phoenix Edition

Let's start with the hero who wore the same suit to all awards shows in 2019, did you guys get that? THE SAME SUIT. I kid of course, but why is that itself is considered heroic? Well, in spite how stupid it seems on paper, Joaquin Phoenix did pull our attention to the fact that we millions of dollars worth of wardrobes worn and taken off just for one awards show. His statement sounds silly to us who have been wearing the same jeans to work for the last 8 months, no? Just me? But it is also a message not to our, but his society. His message didn't matter and have been ridiculed, a theme we will see often throughout this post.

Back to the movie. In Joker, we see a man trying hard to belong to society that just doesn't understand and doesn't attempt to do so. See, the problem with a society is, while made of individuals, doesn't care about individuals, you only care about the greater message. "Down with the rich!", "socialism is the answer", "free market is the answer!", and "Down with this exam as I don't know the answers".

Society is bigger than us, society has a greater cause, and if it seems to care about us, then it is only in the context of the greater message. Simply put, at best, we are a tool to society. You are only glorified, in spite of all of your flaws, just to serve society's goal: hating the system that, and I say this with all sense of irony intact, doesn't value them as individuals.

Even at its noblest, society only cares about lives in what they resemble, not the individuals they truly are. How many massacres and terrorist attacks can you name? Probably many, maybe at least one per each country. If I mention 9/11 you'd feel sad for the souls of those who died in it and the responders who continue to suffer for it until today. But can you name one person who died on that fateful day?

And that is what Joker is, much like the joker card, it is what you put anywhere to make the score in the card game 51 and all its variations. Joker fits in to what society wants him to be, what he resembles, not who he is. After all, you probably don't remember the character's actual name. His name is Arthur by the way. Before Arthur became the Joker to everyone, he was "Happy" to his mother, as that is what she wanted him to be.

Arthur is just a man with a mental illness, he got bullied and hurt, then exacted revenge on those who bullied and hurt him. A sad tragedy on its own, but then came the Joker. A rebellious against a society of the rich and powerful. A revenger against those harming society. Meanwhile, while he joins them near the end, becoming the symbol they want him to be, Arthur remains Arthur, a man who had a bad life and imploded because.

Madness, as you know. Is like Gravity. All it takes is a little push.

Which leads me to my next point.

The Joker: The Heath Ledger Edition

What happens when you realize you don't belong in society? You simply realize that you don't. Doesn't matter your background, attributes, abilities, I.Q, SAT score, education level, and all that bullshit. What happens then? Well, Heath Ledger's Joker decided to get ahead of the curve and bring society to him.

What if you are the rebel against all society's norms that society wanted you to be? What if you are actually trying to bring it down? To take down a society, you have to destroy what it stands for and its intent to reach utopia as it overlooks you. The Joker attempts to destroy society while wondering "WHY SO SERIOUS"

Don't talk like you're one of them! You're not... even if you'd like to be. To them you're just a freak, like me. They need you right now, but when they don't, they'll cast you out. Like a leper. See, their morals, their "code"... it's a bad joke, dropped at the first sign of trouble. They're only as good as the world allows them to be. I'll show you. When the chips are down, these uh, these "civilized people", they'll eat each other. See, I'm not a monster. I'm just ahead of the curve.

Ironically enough, Joaquin Phoenix's Joker is seen more in Batman than it Heath ledger's Joker. Batman became all they wanted, the hero the hoped for and the villain they desired. Society wanted Batman to be something, and Batman became it. See? It is all about what society wants you to be.

I just did what I do best. I took your little plan and I turned it on itself. Look what I did to this city with a few drums of gas and a couple of bullets. Hmmm? You know... You know what I've noticed? Nobody panics when things go "according to plan." Even if the plan is horrifying! If, tomorrow, I tell the press that, like, a gang banger will get shot, or a truckload of soldiers will be blown up, nobody panics, because it's all "part of the plan". But when I say that one little old mayor will die, well then everyone loses their minds. Introduce a little anarchy. Upset the established order, and everything becomes chaos. I'm an agent of chaos. Oh, and you know the thing about chaos? It's fair!”

Society even deems who is worthy of dying. Society have plans for everything and everyone. We have to stick together as a society, because that is the only thing we are allowed to do. Because

The universe is basically an animal. It grazes on the ordinary. It creates infinite idiots just to eat them.

Which leads me to my final point

Now this is not exactly a Rick-exclusive issue, as we also see it in House M.D and Dr. Manhattan in Watchmen. But Rick resembles it at its best. Rick is the smartest man in the universe and all its timelines. He knows the reason and motive behind every action, he explored the universe and he finds it.... well.... boring.

The fascination we have in some things aren't shared with the smartest man in the universe. Rick does what everyone around him inspires to do. He focused on his work, unlike Beth, became dependable on his own unlike Jerry, he is the genius Morty could never be, and he has more sass than Summer could muster. Then society would attempt to bring him down to human level.

After becoming extraordinary, Rick is asked and expected to be simple. Once he has achieved everything, Rick is asked and expected to settle for nothing. The man who got tired of his grandson trying to write a heist movie so he put together the greatest heist only to show its stupidity because he was bored with his grandson constant nagging. The man whose vehicle battery is an entire planet, and travels to planets and faces monster just for a hobby is expected to play catch as a means for fun.

There's so little to say about the expectations of society, it hates the different, the rebel, and the smart unless it suits the people in it. If you have a perk, you need to act normal, if you rebel, you need to adhere, and if you are smart, you need to be simple.

Congratulations @amirtheawesome1! You have completed the following achievement on the Hive blockchain and have been rewarded with new badge(s) :