adamada (67)in LeoFinance • 2 months ago

Note: None of this is financial advice. It’s only a post about my speculations on the game. 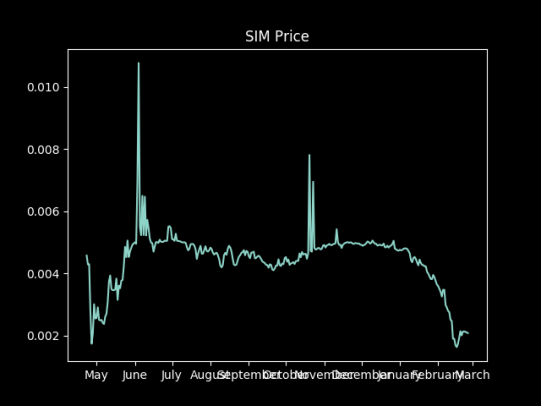 Where do you think we are on the cycle?

The recent sneak peek at the upcoming 3rd Edition changes had me speculating a lot on what cards would be a priority to hold onto.

We’ve had several weeks of SIM taxes above above 25%. This slows the growth of new players that have yet to set their city ready to cushion high tax rates. It also shows how players that went pure SIM generation without investing on buildings that can weather out some forms of taxes get rekt. This dipping season only made the Law Firm card an MVP from beginners to veterans of the game.

I don’t see the high taxes going away anytime soon unless SIM price went up quickly along with the launch of 3rd Ed. Until then, it’s better to consider accumulating cards that can mitigate the high tax trend. Discussing those cards are not within the scope of the post but you can look up what cards will work for any specific tax set at dcity info.

Now for the 3rd Edition cards:

Another reason why combination cards will be a thing is how much value special effects these cards bring into the game. Let’s hypothetically say the Law Firm card was required on one combination card and its 10% tax reduction stat got boosted even more, that brings a lot of utility into your city’s income.

Let’s not forget about the disasters that have to yet take effect. These disaster events are just random taxes. 3rd edition cards may have some effects to deal with these events and these may synergize well with 1st edition cards.

Tech cards and cards that have education stat will also be in demand. Players that have yet to accumulate enough education points for a daily 25% chance of minting a tech card might need to consider doing so now. The Health and Economy branch will generate some demand and tech cards available in the market can be quite costly. And due to some combination cards requiring tech cards to build, there’s another source of demand than just owning the card it’s utility’s sake.

I would also entertain the possibility that increasing through the game’s ranks would be difficult for new players. 1st edition cards have a lot of population stats on them and accumulating one type of card can make your city enter the top 400 quickly. Just whale some Basic homes, Luxury, and Apartments and employ the 0 SIM strategy. Just saying rising through the ranks once 3rd ed is out will be more difficult than it was before.

Players will likely turn to maximizing their popularity stat to compensate for the lack of population cards to go around. Some of the cards on the 3rd Ed shows some decent worker stat to help with population control. These are all just speculations.

There are multiple ways to earn from playing the game. I recently realized I could’ve save myself the trouble if I just bought SIM at these dips and hodled but then what’s the point of it being a hobby idle game.

If you made it this far reading, thank you for your time. This is a creative footer by @adamada. A Hobby Illustrator

I am hoping that first edition stops printing very soon 😅

Not too soon that I can't buy the cards needed for positioning. Guessing that the next update will have Power Outage event being countered by Power Distributor Card made of Nukes + Public restrooms lol.