Is It Time To Stock Up? 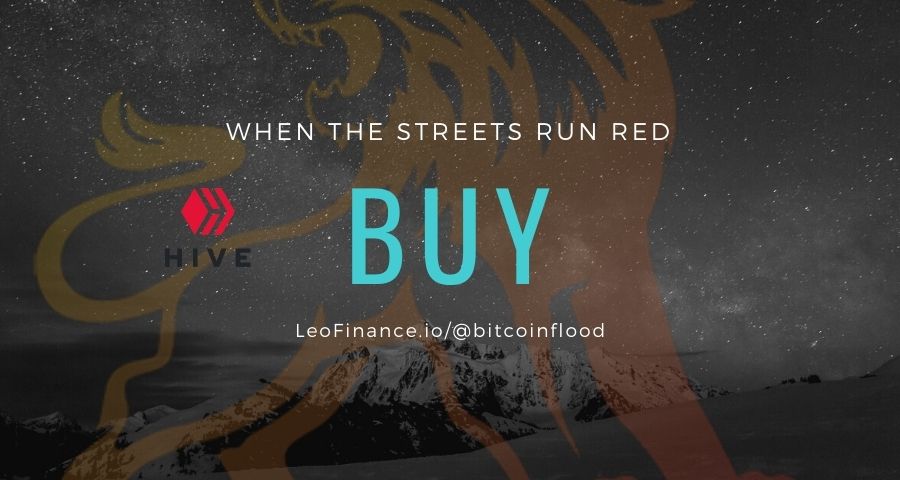 Looking at the markets today is depressing after months of rally and increase in prices it pains you inside to see such a hard sell off.

As of writing this a sea of red

However this is that correction I've been talking about for some time. I thought we would have seen it sooner and we most likely would have if it wasn't for Wallstreetbets and Elon Musk tweeting about bitcoin and doge coin.

It's been a while since we heard anything from them on the topic and with that the hype has died off that quickly. You see most people are short term. Short term meaning they only think about getting rich quick, attention spans are low and investment wise they are looking how to make a quick buck tomorrow not the long road.

That's something I encourage you to take a look at in your own life and see if you act in this manner. If you do you might want to work on that and start playing the long game.

While yes you can make riches in the short game the risks are higher especially if you're just starting out.

While this might have you feeling down in the dumps today and unmotivated as many people get when they see a stock tumble it's at these moments I recommend you keep your emotions in check.

This is actually a perfect BUYING opportunity while everyone else is selling and starting to panic. This is opportunity! Not times to be sad and feel unmotivated. Change your way of thinking.

How much of a correction are we in for?

Who knows, anyone trying to predict this stuff I honestly feel has to be a nut case because it's rather unpredictable. You can make an educated guess as if the price will be going up or down in the short term but outside of that it's simply a guess.

If we do however drop below $50,000 and it happens quickly I feel that will trigger a buy as most people see that as a line that shouldn't be crossed now. For sure though the whales be selling and it seems repetitive as always.

Bitcoin either rallies and rallies or it starts to trade sideways. Once it starts trading sideways you have about 24 -72 hours before some whale comes in and sells off a huge chunk of it. This has always happened over the years and it's something to look out for when you want to pick some up.

It's actually a good thing as long as more people buy into the sell off. It removes the massive amounts of bitcoin held up in the top 100 wallets which you can see here.

My portfolio took a serious hit today hitting four digits loses, but if I was to base everything in $ than I would do me wrong. Instead I am looking at the crypto that I hold from each kind and just focus on growing their numbers. On the long run I think this will be what it foundaments my financial future.

It's always interesting to me why we still look at crypto in USD value or fiat currency to give us it's worth. Wonder if there will be a day that finally changes.