Mark Cuban is Being Sued Over Voyager 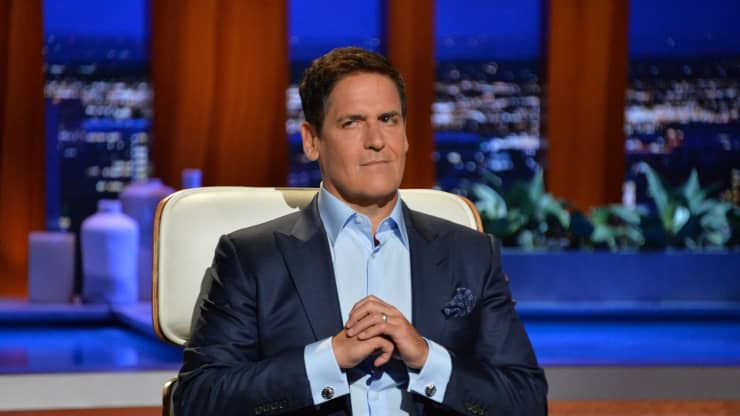 Shark Tank icon Mark Cuban is being sued over Voyager 'Ponzi' scheme. A group of crypto investors have filed a class-action lawsuit against the billionaire investor, along with his basketball team the Dallas Maverick for promoting crypto platform Voyager Digital. Voyager has been in the news because they went bankrupt which resulted in billions of dollars in loss for its customers. Last I heard it was 3.5 million investors that lost approx. $5 billion...

Voyager filed for chapter 11 in July and customer accounts were frozen. Unable to trade their own crypto assets, some frustrated customers rushed to consult with legal counsel and now those legal actions are starting to come to fruition. On August 4, Judge Michael Wiles approved Voyager’s motion to allow certain customers who had cash in their accounts to withdraw cash, up to $270 million. There was also a plan for a timeline for a sale of substantially all of Voyager’s assets. Voyager had approximately $1.3 billion of crypto assets on the platform as of early July 2022. These assets will likely be sold with the company by September 8.

Voyager's CEO Stephen Ehrlich, has been named as a defendant in a class-action suit filed in the Florida federal court. In the suit the plaintiffs have described Voyager as an unregulated and unsustainable fraud, similar to other Ponzi schemes. The lawsuit also alleged that Cuban and Ehrlich personally reached out to investors both individually and through a partnership with the Dallas Mavericks, to encourage them to invest with the platform. More specifically, the Dallas Mavericks launched five-year partnership with Voyager, giving fans cash rewards for making trades on the platform. Even further they claim Cuban promoted the company as a Voyager customer himself, in a ploy to dupe investors into believing that Voyager was a safe platform. I think this will be interesting to see if the Cuban or the Mavericks will actually be held responsible for the losses. As of right now, Mark Cuban and the Mavericks have yet to comment on the lawsuit. It's notable to keep track of these cases because I think they will spur more talk about regulation and the future of space. I'm not worried about the future, but new like this can move markets. So as always trade carefully.

"Damn it Jim, I'm just a sports team owner, not a Financial advisor!" 😅

Claiming ignorance might not save him here. Loosing a bit money for him is not like what a lot of people lost.

I am not surprised that he is getting sued. There were a lot of people taking crypto advertising deals because they paid a lot and I don't think they realized that it could come back to hurt them.

I think that too. They helped lure in a bunch of people that have now lost a lot of money. Someone made their share and I can tell you it's not the little guy.

Quite a pity Mark Cuban is actually sued

I don't think it's bad. He made a choice to advertise. Yes people made the choice to invest, but with his influence people thought it was safer than it was.

Mark Cuban is being sued. He is a big influence in crypto. And I think he owns a basketball team !

He is but being ties to any of these failing projects is bad news. People need to be held accountable.

You received an upvote of 11% from Precious the Silver Mermaid!

Please remember to contribute great content to the #SilverGoldStackers tag to create another Precious Gem.

Congratulations @cryptictruth! You have completed the following achievement on the Hive blockchain and have been rewarded with new badge(s):