Ron Paul Warns of Government Crackdown on Bitcoin – Is the Government a Threat? 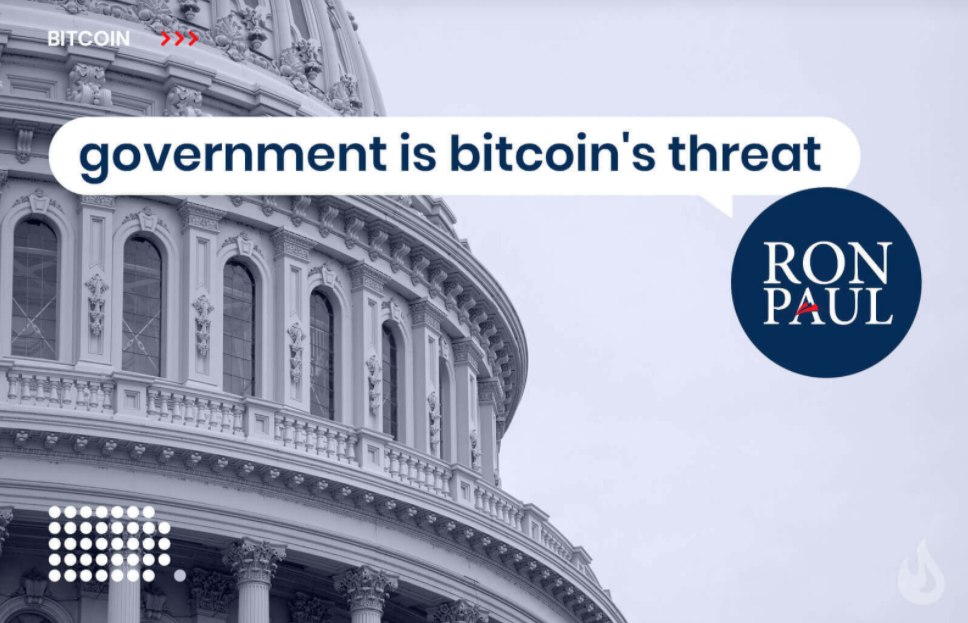 Four months into 2021 and Bitcoin has continued its meteoric rise since the start of the year, as investors and government agencies pay rapt attention to cryptocurrency.

Spurred by institutional investments from MicroStrategy, Tesla and Wall Street, Bitcoin reached an all-time high of $61,683 in March and currently hovers around the $58,000 mark.

In light of this, Ron Paul warned of a looming government crackdown on Bitcoin and other safe-haven investments in the near future, which could be in the form of increased taxation or pumping more dollars into circulation.

The former congressman noted that cryptocurrencies and other safe-haven assets which typically retain their value during a crisis are not safe from government intervention. In his words, the government will crackdown on crypto assets simply because “they have the ability to do it.”

Ron Paul’s comments about looming government interference on cryptocurrencies and digital assets come on the heels of fund managers like Ray Dalio and Michael Burry, of Bridgewater Associates and Scion Capital respectively, warning that governments could squash Bitcoin and even gold to protect their currencies.

The interviewer noted that the antecedents of governments show their propensity to go to extreme lengths “that will prevent a flight of capital” on assets that can be regarded as an alternative to the dollar.

What Manner Could The Crackdown Take?

When quizzed about the manner the government crackdown on Bitcoin and other safe-haven assets may take, Ron Paul noted taxes could be one sure-fire way for the government to interfere.

Paul indicated that profits from cryptocurrencies will be slammed with heavy taxation to decrease investors’ appetite for safe-haven investments.

Given civil strife that is currently unfolding in the U.S., for the government to use tax as a weapon in the crackdown against safe-haven assets, they will have to cloak it as being for “public relations reasons” as proof that it is targeted towards the ultra-rich.

As an alternative, Ron Paul said, “the government will just print more money, resulting in the devaluation of the currency.” This move will result in an inflationary crisis that will shrink the interest investors have for Bitcoin. This line of reasoning has support from hedge fund manager, Michael Burry who gained fame for predicting the 2008 financial crisis.

Congratulations @daily-coin! You have completed the following achievement on the Hive blockchain and have been rewarded with new badge(s) :